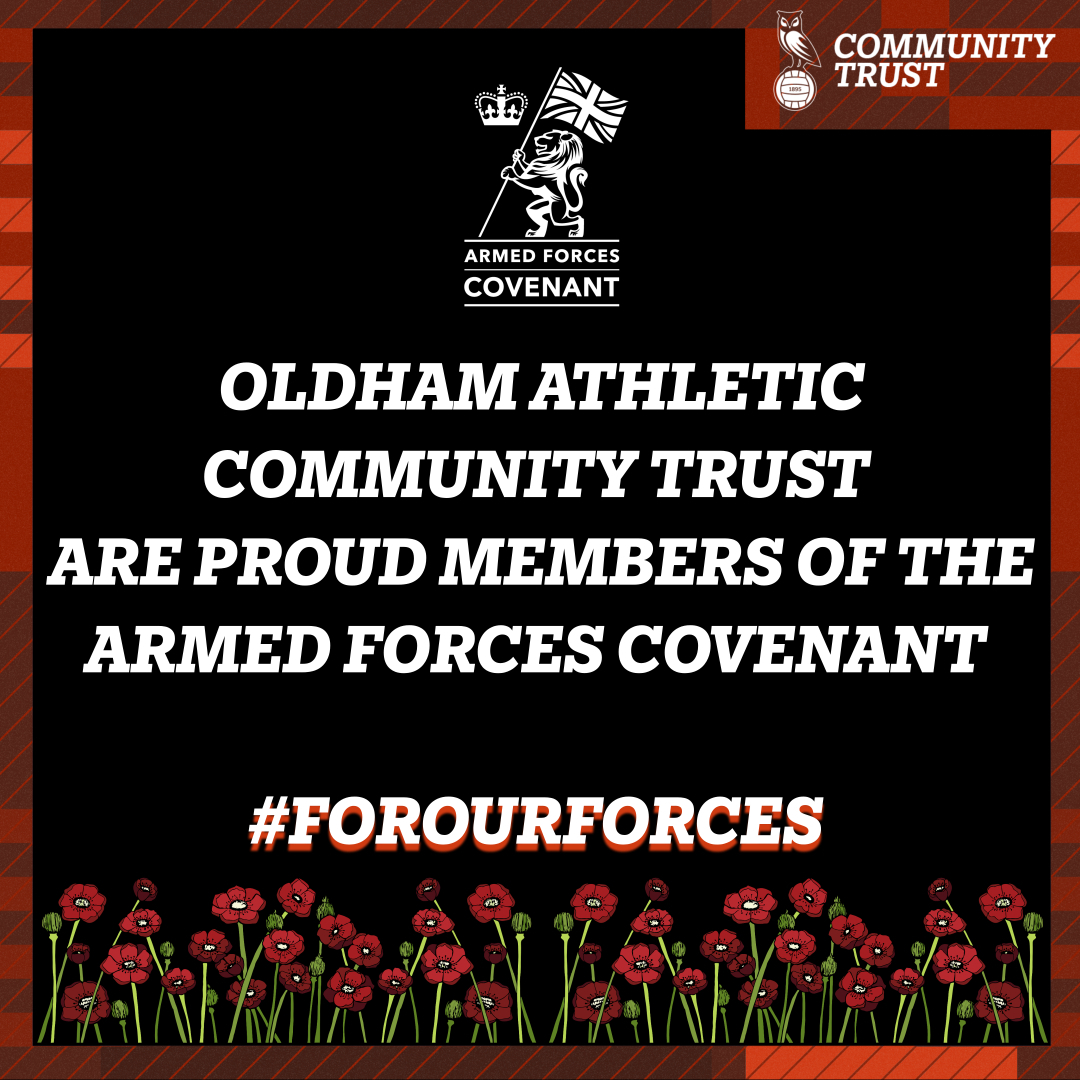 OACT recognise the enormous value that serving personnel, reservists, veterans, and military families bring to our community and the country as a whole. To those who proudly protect our nation, who do so with honour, courage, and commitment, the Armed Forces Covenant is the nation’s commitment to you.

By signing the covenant, OACT pledge that together we acknowledge and understand that those who serve or who have served in the armed forces, and their families, should be treated with fairness and respect in the communities, economy and society they serve with their lives.

This announcement coincides with Armistice day, the 11th of November 2021 which marks the day World War One ended at 11AM on the 11th day of the 11th month in 1918. A timely reminder of the ultimate sacrifice made by those members of the armed forces who have died in the line of duty.

Working in partnership with Curzon Ashton Foundation, there is a weekly military veterans football session held in Oldham. The sessions runs every Monday, 6-7pm, at Broadfield Primary School and is currently free of charge to attend.

If any veterans, reservists, or still serving members of the Armed Forces are interested in attending the session please email Peter.Boase@oact.org.uk.

Check out the video below to find out what the Oldham Athletic Military Veterans Football Project means to those who take part.