Latics will be hoping for their first win at Huish Park since 2005 as Frankie Bunn’s team look to continue the momentum from Saturday’s win over Macclesfield Town.

Sam Surridge, Johan Branger-Engone and Ishmael Miller all opened their accounts in the 3-1 win on Saturday with Surridge back to face the club he was on loan at last season tonight.

The squad is in a positive mood ahead of the visit to Yeovil and manger Frankie Bunn expects it to be a tough test for his side.

“They will be organised, have good set plays and be an energetic bunch so it’s going to be a tough game.

“They're on the back of a really good result against Notts County so it’s going to be a challenge for us, but we expect nothing less from this division.”

Yeovil picked up their first win of the season after an impressive 4-0 away victory at Notts County with striker Alex Fisher bagging himself a hat trick.

Fisher will be the main goal threat the hosts will have so stopping him will go a long way to the three points for Oldham.

For the first time ever, Oldham Athletic supporters in the UK will be able to watch this evening’s match live for £10 via iFollow Latics.

Sam Rosbottom and Roy Butterworth will be talking you through the match and there will also be on-screen graphics. 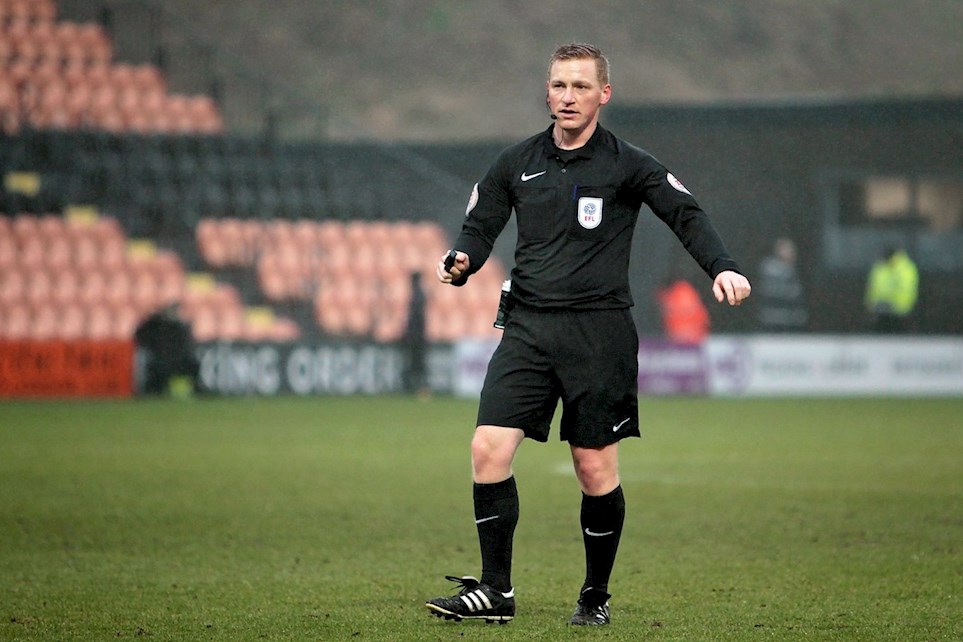 
John Busby will be the man in charge of Oldham Athletics’ trip to Yeovil Town tomorrow evening (7:45pm).

Yeovil Town and Oldham Athletic played out a stalemate at Huish Park as both teams remain unbeaten in two.

It was a game of few chances, especially in the first half, but Yeovil were putting the pressure on the Oldham back four right from the first whistle.

However, the defence marshalled by Captain Peter Clarke, were soaking up the long balls into the box with relative ease.

The hosts did create the first opening, when Wesley McDonald took the ball off Rob Hunt before finding Diallang Jaiyesimi with space in the Oldham penalty area.

As Jaiyesimi took aim, Christopher Missilou got back in to make a terrific block to get Latics out of trouble.

Daniel Iversen was called into the action from the best chance of the first half, as Carl Dickinson whipped in a freekick from the right onto the head of Yoann Arquin.

The ball was heading into the bottom left corner but, the Danish goalkeeper, diving to his right managed to tip it around the post.

Jaiyesimi was becoming the major goal threat The Glovers had and he went close after taking on two Oldham defenders before hitting the side netting as the sides went in level at half time.

Latics had the best chance of the game minutes into the second half when Dan Gardner made a clever run into the box and saw his shot cannon back off the post.

Yeovil created another chance from a set piece as Dickinson found Omar Sowunmi all alone in the box, but the tall central defender completely messed up the free header inside the six-yard box.

Jose Baxter was introduced at half time and he only really had one half-chance when Hunts cross just evaded his head.

That was as good as it got over the course of the game as Latics travel back with a hard fought point ahead of this Saturday’s trip to Morecambe.


John Busby will be the man in charge of Oldham Athletics’ trip to Yeovil Town tomorrow evening (7:45pm).