Oldham Athletic travel to Port Vale tomorrow looking for a reaction to the Boxing Day defeat to Carlisle United.

Latics have also parted company with manager Frankie Bunn with Interim Academy Manager Pete Wild taking the reins on a caretaker basis for the trip to Vale Park.

Wild says he is looking forward to the opportunity, but he excepts the team to show a reaction to their previous game.

“I think it's quite clear where the side is at over the past couple of games, we've unfortunately had two defeats, one being a heavy one.” He commented.

“But before that we were on a good run of form and we were seven points off the playoffs and we've got to think like that.

“We're still in the top half of the table and things can change in football quickly.

Latics currently sit 12th in the table, seven points off the playoff positions as they look to close that gap once again.

Wild is expected to have the same squad that travelled to Carlisle with some players still not close enough to return from injury.

However, he did say that some of the players that played on Boxing Day may need assessing in the morning.

Last time the sides met was earlier in the season as Port Vale ran out 0-1 winners at Boundary Park thanks to a Tom Pope penalty.

Port Vale will be without defender Connell Rawlinson who is out with an injury.

Last time Latics won at Vale Park in March 2015 in a 0-1 victory thanks to a goal from Mike Jones.

Oldham Athletic are priced at 13/10 to beat Port Vale.


Paul Marsden will be the man in charge of Saturday’s game with Port Vale at Vale Park.

Goals from Callum Lang, Mohamed Maouche, Gevaro Nepomuceno and Chris O’Grady secured the three points despite Ben Whitfield making the scores level in the first half.

The hosts created the first chance of the game as a mistake from Peter Clarke allowed Whitfield to nip in and head towards goal, but Daniel Iversen managed to smother the chance.

It was a nervy start to the game from Latics, but Lang had a great opportunity to score after being played through by Tom Hamer.

Lang saw his shot saved from a tight angle, but he had Mohamed Maouche open in the middle who may be have been the better option.

Luke Hannant chipped an effort into Iversen’s hands before Whitfield forced the Dane into a superb diving save as the Valliant man looked to pick out the top corner.

Latics took the lead as Maouche nicked the ball off Nathan Smith, Chris O’Grady took over and played Lang through who calmly finished past Brown in goal.

Whilst a freekick was waiting to be taken, Tom Pope and George Edmundson seemed to get into a tangle with Pope seemingly kicking out at the Latics man.

The referee gave the two a talking to and from the resulting freekick the ball was headed down to Whitfield who bundled the ball into the net.

As the half came to an end, Christopher Missilou found O’Grady who curled an effort towards the top corner and Brown someone managed to claw the shot away.

Latics got themselves back ahead as a Hamer long throw made its way through to Maouche who provided a cheeky backheel which deflected into the net past Brown.

O’Grady and Maouche both had efforts saved by Brown as Latics were controlling the game.

Port Vale tried to push for an equaliser, but Nepomuceno sealed the points as substitute Johan Branger-Engone played the wide man in behind, before curling a beautiful shot past Brown.

Mitchell Clark hit the post for the hosts before Whitfield skied a decent chance over the bar to potentially set up a nervy finish.

It would be O’Grady who wrapped up the points after Branger-Engone knocked a ball in behind, the striker took his time before slotting it home.


Paul Marsden will be the man in charge of Saturday’s game with Port Vale at Vale Park.

Pay on the day will be available for Oldham Athletic’s Sky Bet League Two clash away at Port Vale.

Away supporters are seated in the Hamil Road Stand and there will be a £2 increase.

Supporters will be able to buy tickets from the kiosk located next to the away stand and it will be cash only.

There is still room on the official supporters’ coach. 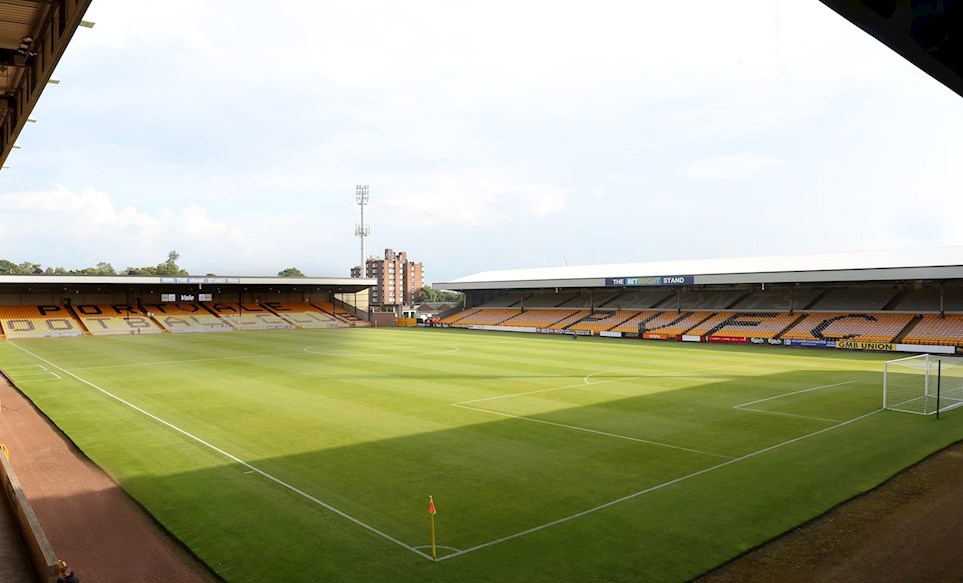 AWAY TICKET NEWS: Tickets For Trip To Port Vale On Sale For Season Card Holders On Monday


Tickets for Oldham Atheltic’s upcoming away match against Port Vale will be on sale for season card holders on Monday, December 10 from 9:30am.