Oldham Athletic are back in action at Boundary Park as Paul Scholes takes charge for the very first time against Yeovil Town (7:45pm).

Latics take on a Yeovil team struggling just above the relegation zone and the new manager couldn’t hold back the excitement ahead of his first game.

“I couldn’t be any happier at the minute, there’s been three or four times in the last five or six years where it could have happened, I’ve not been quite ready, but I feel the time is right to give it a go & we can be successful together.” He said.

“I want my team to be focused on winning, I know it’s not going to happen every week.

Scholes will be taking charge of a team that come into the game off the back of a 0-3 win at Crawley Town at the weekend.

He will have a fully fit squad to choose from with the exception of long-term absentees Dan Gardner and Ousmane Fane.

After a bright start to life this season, The Glovers have found themselves struggling at the wrong end just two points above the drop zone after a four-game losing streak.

They will be without the suspended duo Craig Alcock who'll serve his one-match ban and Tom James who'll sit out the second of a four-game suspension.

Joining the duo on the sidelines will be Omar Sowunmi (ankle), Sessi D'Almeida (shoulder) and Josh Grant (ankle).

Yeovil manager Darren Way will also be in stands as he serves a touchline ban.

When the sides met in the reverse fixture back in August the game finished 0-0.

Latics haven’t actually beat Yeovil since April 2013 in a 1-0 win at Boundary Park thanks to a goal from Matt Smith.

Oldham Athletic are priced at 7/10 to beat Yeovil Town tonight.

Mike Leyland and Roy Butterworth on iFollow Latics for supporters who cannot make the game. 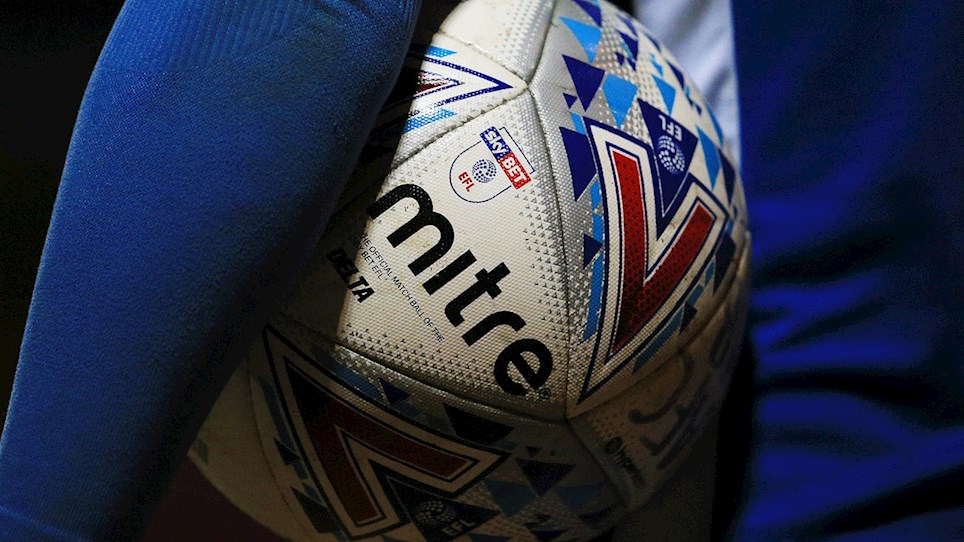 
Thomas Bramall will be the man in charge when Latics take on Yeovil Town tomorrow evening at Boundary Park (7:45pm).

Goals from Jose Baxter, Callum Lang, Mohamed Maouche and Christopher Missilou secured the three points for Latics despite Bevis Mugabi making the game 2-1 at one point.

Johan Branger-Engone fired a shot over before Hamer had to be substituted despite trying to run off the injury.

Minutes later the visitors created a decent opening as the ball fell to Jake Gray on the edge of the box and he smashed the ball against the right-hand post.

Francois Zoko had a couple of tame efforts at Iversen before Callum Lang created an opening before slicing his shot wide.

The half had six minutes added on due to the early stoppage for Hamer’s injury and Peter Clarke almost put Latics ahead after being picked out by Gevaro Nepomuceno from the left.

However, the Latics skipper couldn’t quite dig the ball from under his feet as Yeovil managed to clear.

Latics wouldn’t have to wait for too long though, after Nepomuceno brilliantly flicked it through to Branger-Engone down the left.

The winger found Baxter in the middle and he calmly slotted home his first goal at Boundary Park since he returned to the club to give Latics a half-time lead.

Latics doubled the lead six minutes into the second half as Nepomuceno crossed for Lang who got in front of Stuart Nelson to head home.

Baxter then forced a decent stop from the Glovers goalkeeper before Mugabi pulled one back for the away side, bundling home a long freekick into the box.

Baxter forced another good save from Nelson before being substituted as Latics were comfortably seeing the game out.

However, with minutes remaining Maouche picked up a loose ball from a Chris O’Grady flick on and the Frenchman picked his spot to restore the two-goal cushion.

Next up for Latics is the home game with Crewe Alexandra on Saturday.


Thomas Bramall will be the man in charge when Latics take on Yeovil Town tomorrow evening at Boundary Park (7:45pm).