Oldham Athletic are back in Emirates FA Cup action as they take on Sky Bet League One side Doncaster Rovers in the fourth round of the competition tomorrow (3pm).

Latics come into the fourth round after knocking out Premier League side Fulham in the previous round, where as Doncaster beat Preston North End.

Caretaker manager Pete Wild believes that both he and his squad owe the Latics fans for last week’s disappointing performance at Macclesfield Town.

“I revisited the game on Monday on the training ground and I told them that my thoughts hadn't changed.” He commented.

“I thought we let everybody down, ourselves down and it was up to us all to put it right this week which is something I feel we've done.

“Actions speak louder than words and we'll see the true test on Saturday.”

Wild confirmed that he has a fully fit squad to choose from, except the long-term absentees Dan Gardner and Ousmane Fane.

Chris O’Grady will return to the squad tomorrow and Jonathan Benteke was back in training after an ankle problem.

Mohamed Maouche will be missing through suspension.

As for our hosts this weekend, they are going along nicely in their division as they currently sit in 7th place.

Doncaster have bolstered their squad this week with the signing of centre-back Paul Downing from Blackburn Rovers who will probably replace the suspended Andy Butler.

Doncaster haven’t made it to the fifth round of the Emirates FA Cup since the 1955/56 season.

The last time the two sides met was last season at Boundary Park in April where the teams played out a 0-0 draw.

The last time the sides met in the Emirates FA Cup was back in November 2016 where Latics ran out 2-1 winners thanks to goals from Ryan Flynn and Billy McKay.

Latics haven’t won at the Keepmoat Stadium since 2014 in a 0-2 victory in which Jonson Clarke-Harris and Jonathan Forte where on the scoresheet.

The players will be wearing black armbands tomorrow and there will be a minute’s silence before the game in mark of respect to striker Emiliano Sala and pilot Dave Ibbotson.

Oldham Athletic are priced at 19/5 to beat Doncaster Rovers tomorrow. 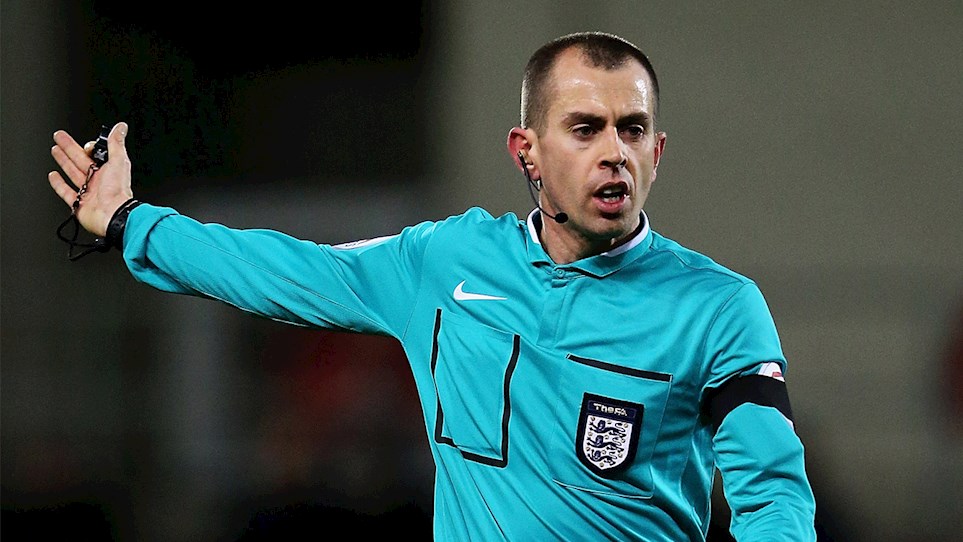 
Peter Bankes will be the man in charge of Saturday’s Emirates FA Cup match with Doncaster Rovers.

Oldham Athletic bowed out of the Emirates FA Cup as a Ben Whiteman double, including a last-minute controversial penalty saw Doncaster Rovers claim the win.

Peter Clarke had levelled the scores for Latics before being sent off late in the game.

In truth the home side dominated the opening 20 minutes as Latics looked like they were a team full of nerves.

A loose ball broke into the path of Alfie May who dragged a shot wide, before John Marquis saw a shot blocked by Tom Hamer.

Latics did create an opening as Christopher Missilou broke away with the ball with it eventually falling to Chris O’Grady who’s shot was straight at Marko Marosi.

Doncaster went up the other end and Daniel Iversen had to be at his very best as a corner fell to James Coppinger who’s shot was saved well by the Danish U21 International.

May then hit one straight at Iversen after a driving run before Captain Peter Clarke produced a moment of brilliance at the back.

Marquis found himself around Iversen and as his shot was creeping over the line, Clarke somehow managed to get back and clear it off the line.

Strangely enough, Latics seemed to shrug off their early nerves as they defended well for the remainder of the half.

Pete Wild’s side almost found themselves in front on the counter as the half came to a close, but as the ball fell to Johan Branger-Engone he curled one over the bar as he seemed to lose his footing.

Branger-Engone dragged a shot wide early in the second half before Kieran Sadlier forced Iversen into a fantastic diving save.

O’Grady then set up Jose Baxter from a cross as he headed wide before Branger forced a save from Marosi.

However, against the run of play the home side took the lead.

George Edmundson gave the ball away and Doncaster broke as the ball fell to Whiteman and his deflected shot beat Iversen in goal.

Missilou hit the post with a left-footed shot as Callum Lang hit the rebound wide before Latics finally grabbed a deserved goal.

Gevaro Nepomuceno’s freekick hit the Doncaster wall and the ball fell to Clarke who tapped home into an empty net to send the away fans into bedlam.

Referee Peter Bankes then pointed to the penalty spot for an apparent handball on Clarke, however how he or his assistant saw it in the goalmouth scramble remains to be seen.

Whiteman stepped up and dispatched the penalty which turned out to be enough for Doncaster.

Clarke was sent off for a second yellow for a foul on goalkeeper Marosi as Latics need to pick themselves up when they take on MK Dons on Tuesday night.


Peter Bankes will be the man in charge of Saturday’s Emirates FA Cup match with Doncaster Rovers.

Tickets for Oldham Athletic’s trip to Doncaster Rovers in the Emirates FA Cup will be on sale for season card holders from tomorrow (9:30am).

Latics travel to the Keepmoat Stadium on Saturday, January 26 (3pm kick off).

Away supporters are seated in Case Construction North Stand and the club have received an initial allocation of 2998 tickets.

It will be strictly two tickets per season card holder.

Tickets will go off sale on Friday, January 25 at 3pm.

Details regarding the supporters’ coach will be released in due course.