Oldham Athletic travel to Premier League side Fulham today in the third round of the Emirates FA Cup (2pm).

Latics have overcome non-league sides Hampton & Richmond Borough and Maidstone United to reach this stage of the competition whereas Fulham as a Premier League side don’t come into the Emirates FA Cup until the third round.

Caretaker manager Pete Wild will be taking the team once again and he believes his side have a chance of causing the cup upset.

“Of course, we can get the upset, why would we bother going if we didn't think we could win the game.” He said.

“We've got to go down there with the mindset that we're going to cause an upset and if we can do then it'll be fantastic.”

Wild has overseen two victories so far in his two games in caretaker charge with the squad going into the game full of confidence they can pull off a victory.

Latics still have several injuries within the squad, but Wild put to bed a few rumours by confirming Sam Surridge, Jordan Lyden and Callum Lang will all be available.

New signing Mohamed Sylla could also be involved in the matchday squad.

Fulham currently sit 19th in the Premier League with Claudio Ranieri taking over from Slaviša Jokanović as manager earlier in the season.

Fulham have picked up nine points since Ranieri was appointed as manager on November 14 and a cup run may provide a confidence boost in their relegation battle.

Fulham were knocked out of the Emirates FA Cup in the third-round last season after losing to Southampton.

Ranieri will be without defender Alfie Mawson when Latics travel on Sunday as he is just started rehabilitation for his recent injury.

Being a cup tie, Fulham may rotate their squad around, but whoever they play will provide a tough test for Latics.

Oldham Athletic are priced at 15/2 to beat Fulham. 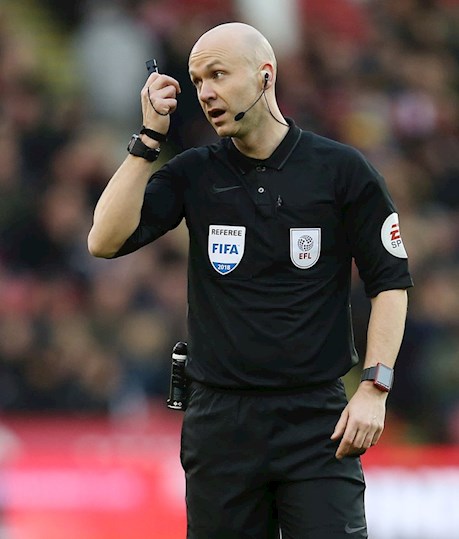 
Anthony Taylor will be the man in charge of Sunday’s Emirates FA Cup third round tie with Fulham at Craven Cottage.

Oldham Athletic produced a stunning display to come from a goal down to beat Premier League side Fulham 1-2 at Craven Cottage.

Denis Odoi had given the home side the lead before a Sam Surridge penalty and Callum Lang’s winner proved to be enough.

Daniel Iversen also saved a penalty from Alexsandar Mitrovic as Latics provide one of the shocks of the third round in the Emirates FA Cup.

The first half was quite an even affair with Fulham seeing much of the ball, but without creating much trouble on the Oldham goal.

Latics created the first opening from a nice move down the right-hand side resulted in Lang firing a cross in across the six-yard box, but nobody was there to finish off the move.

The home side had the first shot of the game as Maxime Le Marchand crossed in from the left with Floyd Ayite heading wide at the back post.

That same combination provided another chance for Fulham as Ayite got across his man at the near post, but he headed wide once again.

Latics created a decent chance minutes later as Lang’s cross was cleared as far as Jordan Lyden who could only volley over from the edge of the box.

Pete Wild’s side created did probably have the best chance of the half as Christopher Missilou won the ball back for Latics on the halfway line.

He sent Gevaro Nepomuceno down the left who found Chris O’Grady in the middle with a low ball in, but O’Grady’s shot was deflected towards goal with Marcus Bettinelli able to scramble across to save.

Fulham took the lead seven minutes into the second half as Kebano’s cross was only cleared as far as Odoi who volleyed home.

Substitute Surridge forced a decent save from Bettinelli before Kebano missed a glorious chance to double the lead as he went running through before curling an effort wide.

Peter Clarke saw a header cleared off the line from a Mohamed Maouche corner before Clarke was fouled by Ryan Sessegnon in the box as Anthony Taylor pointed to the penalty spot.

Surridge stepped up and slotted it into the bottom left-hand corner to send the away end into chaos.

Fulham were awarded a penalty of their own as Misslou fouled Tom Cairney in the box, with the help of VAR to give the decision.

Mitrovic had just been subbed on and his first contribution was to see his penalty brilliantly saved by Iversen diving to his left.

It just got better, and the magic of the cup proved itself once again as Nepomuceno crossed into Lang who’s downward header beat Bettinelli in goal.

Jean Michael Seri fired a chance over in the last minute of stoppage time, but in truth Latics deserved something from the game and the fourth round awaits the side.


Anthony Taylor will be the man in charge of Sunday’s Emirates FA Cup third round tie with Fulham at Craven Cottage.