Oldham Athletic are back on the road as they take on Macclesfield Town at the Moss Rose tomorrow afternoon.

Latics currently sit in 11th place in the table just five points off the playoffs as they take on a Macclesfield side who currently occupy one of the bottom two places.

However, caretaker manager Pete Wild believes that position in the table gives a false representation of the club as he is expecting a tough test on Saturday.

““The one thing I will say about Macclesfield is that they don't play like a team second bottom of the league.” He said.

“They've been very games we've watched of them in recent times and the results show that in the last three games.

“It'll be a really tough test, they're a team who are really organised and they'll look to make it difficult on their own meadow.”

Latics will still be without the injured Jonathan Benteke as well as striker Chris O’Grady who has been struggling with a knock in recent weeks.

However, the club have strengthened the squad by adding former La Liga striker Urko Vera and French defender Sonhy Sefil who will be available for the game with Macclesfield.

Wild also said that Cameron Dummigan was back in training, but a late decision will be made on whether he will be part of the matchday squad.

As for the Silkmen, the appointment of Sol Campbell has helped the club climb off the bottom of the table and just three points adrift from safety.

Macclesfield have strengthened themselves this week as defender Nathan Cameron signed a contract extension until the end of the season.

Midfielder Reece Cole has also signed for the club on loan from Brentford until the end of the campaign.

In the reverse fixture earlier in the season, Latics ran out 3-1 winners at Boundary Park thanks to goals from Sam Surridge, Johan Branger-Engone and Ishmael Miller.

Latics have only ever visited the Moss Rose once before in their history which was a 1-0 defeat in 1999.

Oldham Athletic are priced at 11/10 to beat Macclesfield Town. 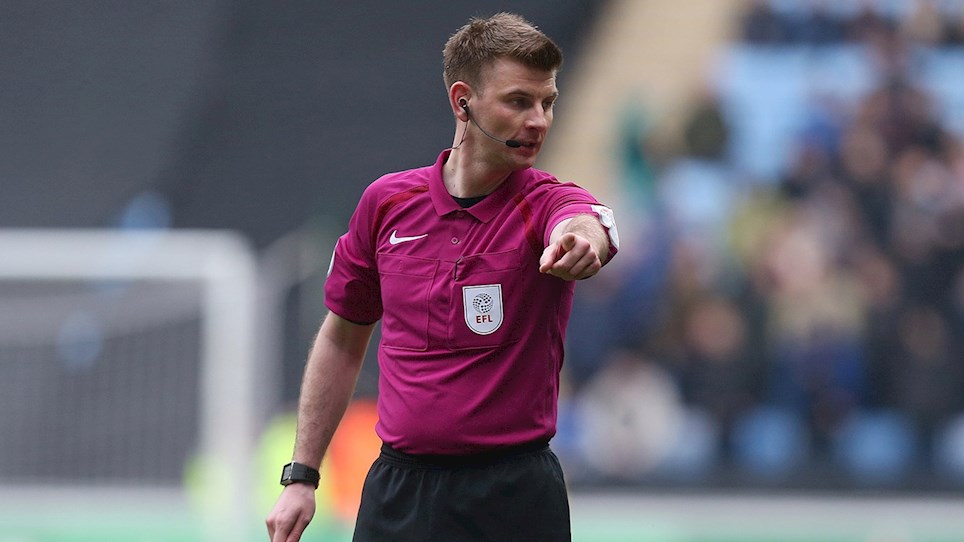 
Ollie Yates will be the man in charge of Saturday’s Sky Bet League Two fixture with Macclesfield Town.

Pete Wild suffered his first defeat in caretaker charge as Macclesfield Town came from a goal down to take the three points.

Urko Vera put Latics ahead with a debut goal from the penalty spot before Harry Smith and Scott Wilson turned the game around for Macclesfield as Latics had Mohamed Maouche sent off late on.

Latics made the perfect start to the game as Callum Lang was sent running through before seeing his shot blocked by the hand of Miles Welch-Hayes in the first minute of the game.

Vera stepped up and placed the penalty down the middle with Kieran O’Hara getting a touch with his foot, but unable to keep it out as Latics led early on.

Macclesfield tried to get themselves back in the game as Fiacre Kelleher headed wide before Michael Rose hit a volley well wide of the Latics goal.

The hosts best chance came from a mistake by Peter Clarke as his backpass was intercepted by Smith, but Daniel Iversen produced a well-timed tackle to stop the Silkmen striker.

Tyrone Marsh had a couple of tame efforts for Iversen to deal with and Latics were always looking dangerous on the counter attack.

However, Pete Wild’s men couldn’t hold onto the lead as Macclesfield equalised a minute before half time.

The ball fell to Smith on the edge of the box and he placed his shot into the bottom corner to take the teams in level at the interval.

Macclesfield took the lead nine minutes into the second half as a long punt forward from Kelleher was misjudged by Clarke with Wilson able to chip the ball over Iversen into the net.

Rose then volleyed just over the bar after Christopher Missilou had given the ball away before Lang had a shot blocked in front of the Silkmen goal.

Marsh forced a good save from Iversen as Latics were struggling to find an equaliser.

The best chance of the half for Latics came in the 89th minute as Gevaro Nepomuceno rattled the crossbar with a well taken freekick.

Maouche was then sent off for bringing down Marsh, judged to be the last man even though there were Latics players further back.

It summed up the afternoon for Latics who will have to pick themselves up for the game with Doncaster Rovers next weekend.


Ollie Yates will be the man in charge of Saturday’s Sky Bet League Two fixture with Macclesfield Town.

Oldham Athletic’s next Sky Bet League Two fixture away at Macclesfield Town will be ticket only.

Away supporters are seated in The Big Brand Ideas Stand and the club have received an initial allocation of 1879 tickets.

There is an option for both Seating and Terrace tickets. Please note there are only 379 seated tickets.

Tickets are currently on general sale and just over 500 tickets remain.

Tickets will go off sale on Friday, January 18 at 3pm.


Tickets for Oldham Athletic’s upcoming away match against Macclesfield Town are now on general sale.