Oldham Athletic are back at Boundary Park tomorrow as they take on Forest Green Rovers in the Sky Bet League Two fixture.

Latics come into the game off the back of a superb win over Premier League side Fulham in the Emirates FA Cup third round.

The side have also won their last two league fixtures, but caretaker Manager Pete Wild believes this will be his toughest test so far.

“I think it's the most difficult match because we're up against teams at the top of our own division.

“They'll come here on the back of a decent run of form and if we're not careful they're a team we can come a cropper against.

“We've got to really show we've prepared thoroughly because they're the games you can come unstuck in.”

There will be some changes to the Latics squad tomorrow following return of Sam Surridge, Jordan Lyden and Sam Graham to their parent clubs.

Latics will still be without the injured Dan Gardner and Jonathan Benteke, but Jose Baxter was named on the bench last week and he’s had another full week of training to get ready.

Mohamad Sylla will also be in contention after signing prior to the Fulham match.

Our opponents Forest Green were hitting headlines off the pitch following a dispute with Bolton Wanderers over Christian Doidge.

Doidge scored four league goals before leaving on loan to Bolton but following several issues he is back in the fold at Forest Green and will be a major threat in the side.

New signings Shawn McCoulsky and Nathan McGinley will be available for Mark Cooper’s side; however, McGinley has already been on loan at the club from the start of the season.

Forest Green are currently sat sixth in the table having won four of their last five games and drawing the other.

The teams have only ever faced each other once which was the second game of the season.

That contest finished 1-1 with a Dan Gardner penalty cancelling out a Reuben Reid opener. 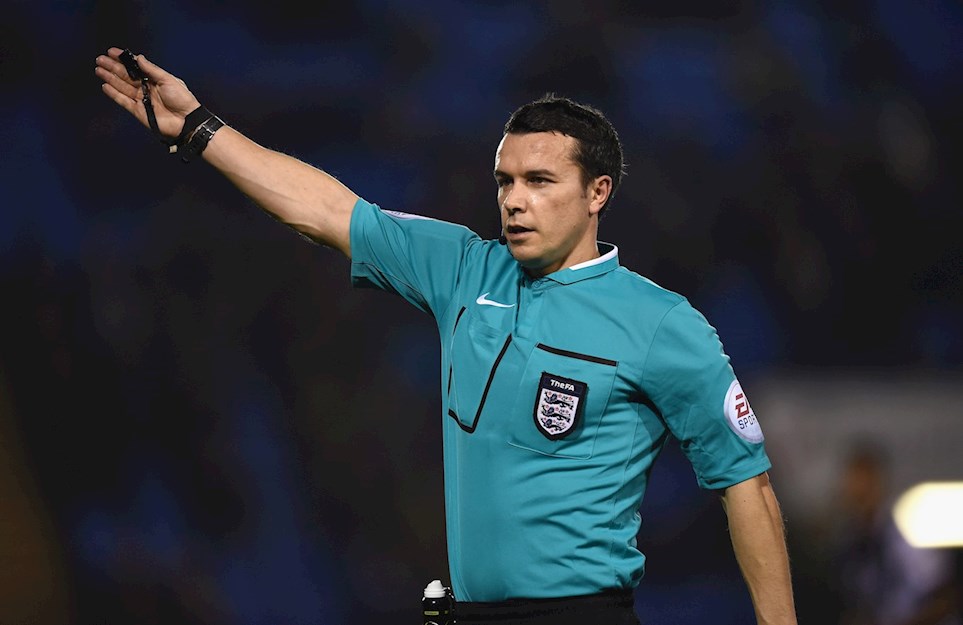 
Dean Whitestone will be the man in charge of Saturday’s Sky Bet League Two fixture with Forest Green Rovers.

Oldham Athletic and Forest Green Rovers played out a stalemate at Boundary Park, with both teams having several chances to take all three.

Forest Green almost took the lead minutes into the game as Nathan McGinley crossed for George Williams who’s shot was tipped onto the bar by Daniel Iversen.

Tahvon Campbell’s follow up was then cleared off the line by George Edmundson.

The visitors were enjoying large spells of possession which almost found a breakthrough as Campbell flicked it into the path of Williams, but his shot was straight down the throat of Iversen.

Reece Brown then found himself running into the Latics box and his shot cannoned back off both posts leaving everyone inside the ground questioning how it didn’t go in.

Latics eventually got a foothold of the ball with Gevaro Nepomuceno’s cross almost finding the net, but Forest Green goalkeeper James Montgomery managed to claw it away under his crossbar.

Mohamed Maouche then worked some space on the edge of the box before hitting a left footed effort just wide.

Chris O’Grady hit a shot over the bar before Iversen saved one on one from Williams as the teams went in level at half time.

Latics started the second half the brighter of the two teams as Nepomuceno crossed into debutant Mohamad Sylla who forced Montgomery into a save.

Some neat play from Oldham allowed Johan Branger-Engone create a chance to shoot, but again Montgomery was there to save with his feet.

Former Latics player Carl Winchester then tried his luck from distance, but it was comfortable for Iversen to save.

The game in truth was petering out to a draw, but both teams created chances in the final ten minutes.

Substitute Shawn McCoulsky had a shot saved by Iversen before Nepomuceno tried his luck from distance which was well saved by Montgomery.

Jose Baxter on his return from injury could have snatched the three points, but his effort was skewed over the bar as the teams shared the spoils.

Pete Wild remains unbeaten in caretaker charge and next up for Latics is the trip to Macclesfield Town next Saturday.


Dean Whitestone will be the man in charge of Saturday’s Sky Bet League Two fixture with Forest Green Rovers.