Oldham Athletic are back in action in the Sky Bet League Two fixture tomorrow against Grimsby Town (3pm).

Pete Wild takes charge of Latics for the first time after being appointed Head Coach until the end of the season and his first focus was solely on Grimsby.

“It's another step and something that is a really exciting challenge for me.” He said.

“Obviously, it was caretaker last time and to be announced as Head Coach of the club that I've grown up supporting is a fantastic opportunity for me and the staff.

“Everything we've done on the training ground is relating to what we'll do against Grimsby on Saturday and that's how we'll take things come 3pm.”

Latics are currently seven games without a win with Wild hoping to end the season on a high from the last nine fixtures.

He’ll have to do it without the injured Dan Gardner and Dapo Afolayan who is a doubt for Saturday.

Jose Baxter also starts the first of a three-game ban for his red card against Lincoln City.

Grimsby are currently on a run of six games without a win, but they have drawn their last two including a 0-0 with Bury.

They will be without Elliot Embleton and Jordan Cook who are out with long term injuries.

Alex Whitmore, Danny Collins and Harry Cardwell all have small knocks, and will face late fitness tests ahead of the game.

With Oldham priced at 17/20 to beat Grimsby Town. 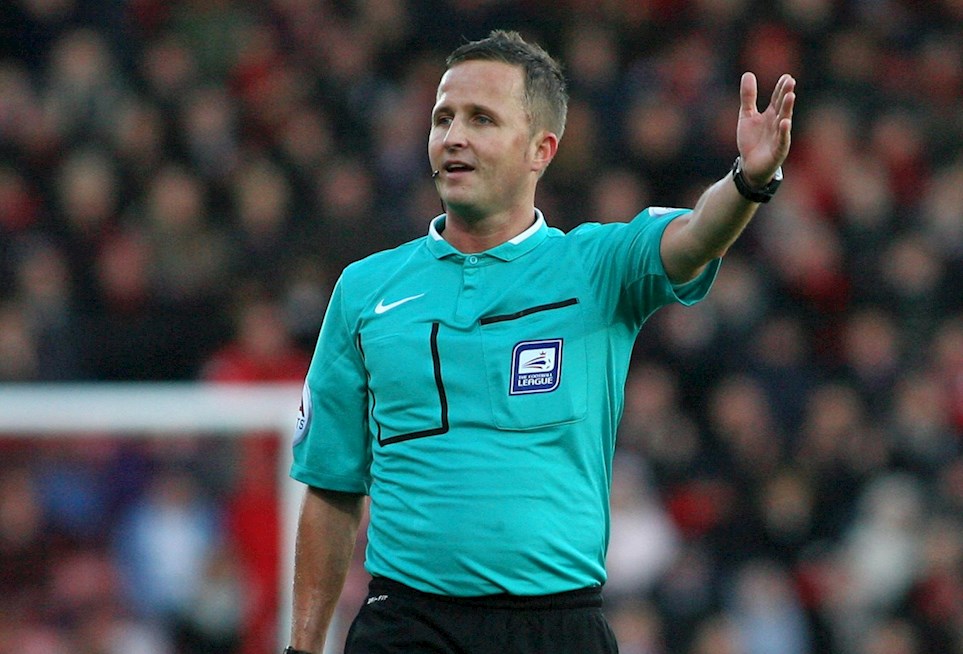 
James Adcock will be the man in charge of Saturday’s Sky Bet League Two match against Grimsby Town at Boundary Park (3pm).

Goals either side of half-time against Grimsby got Latics back on track in Pete Wild's first game in charge as Head Coach.

Latics were back in league action after an 18-day hiatus due to a postponement and players on international duty.

Three changes were made, with Alex Iacovitti making his first appearance for the club at left-back.

It was Latics who started on the front foot with Nepomuceno playing the ball to Lang in the opening seconds.

Missilou then carried the ball 20-plus yards but The Mariners eventually dealt with the danger just before he entered the penalty area.

The visitors then took the ascendancy when Clifton delivered a dangerous cross in from the right but Edmundson was able to get their first to clear the danger for a corner.

Seconds later and Iversen was called into action when Wes Thomas' header was tipped over the bar after Clarke failed to connect to a weak cross.

A third successive chance for Grimsby came through Hendrie's whose volley on the edge of the box straight from the corner went high and wide.

Just before the hour mark Oldham then returned back in attack, when the on-loan Forest defender drove into the box with the ball, a quick one-two flick with O'Grady meant he eventually had a powerful effort tipped around the near post.

Hamer then released Branger on the right who skilfully beat two players before turning inside to also shoot at the near post. Again it was blocked by James McKeown.

There was danger once again from the Town through Kristian Dennis, but it would be Latics who would take the lead just before the interval.

Lang was once again free on the right, his dinked cross found O'Grady at the near post who was the first to meet the ball and flick it towards the visitors near post where it sneaked in.

Then just before Adcock blew his whistle Nepomuceno nearly doubled Oldham's lead with a shot from range that stung the hands of McKeown.

After the interval the lads in blue and white continued where they started, on the front foot when Lang's deflected effort was saved well.

Michael Jolley decided to make a change at the break to try and get back into the game but it was Oldham who continued to press forward.

Branger delivered an fantastic cross from a free-kick on the left that found Edmundson and Clarke at the back post but unfortunately the ball went over.

The visitors then had their chance to draw a level but it was the Dane in net who produced a great double save either side of Grimsby smashing the crossbar.

Both sides continued to trade blows in the center of the pitch and with Zak Dearnley coming in the only change by Wild, it was O'Grady who nearly got his and Oldham's second. A low calm curling shot was touched around the post.

He then released Branger who a cushioned header as the attacking play of Latics continue to grow in confidence.

On the 77th minute it pay dividends when Maouche took a corner on the far side. His pin-point delivery found Lang in the middle unchallenged and easily nodded home in front of the Jimmy Frizzell stand.

As the game came to a close, Latics held strong and resolute with flashes of skill further forward to keep the pressure away and record an important and well-deserved result.


James Adcock will be the man in charge of Saturday’s Sky Bet League Two match against Grimsby Town at Boundary Park (3pm).