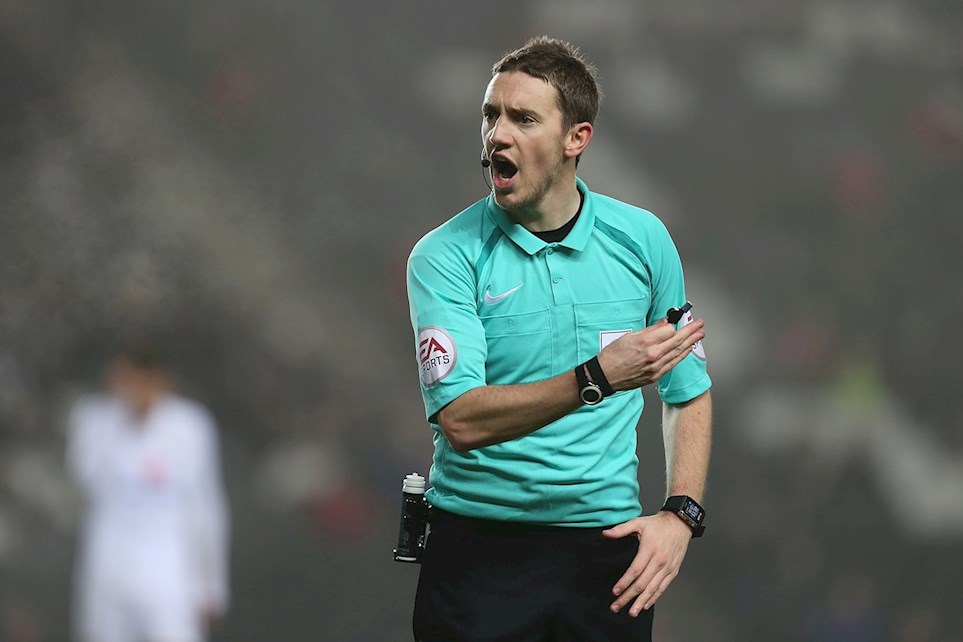 
Ben Toner will be the man in charge of tomorrow night’s Sky Bet League Two fixture with Lincoln City at Boundary Park.

Mohamed Maouche had given Latics the lead, but Michael O’Connor equalised for Lincoln in a thrilling contest.

The league leaders started the game well and John Akinde found himself through on goal after he outmuscled George Edmundson and chipped an effort onto the bar.

Johan Branger-Engone then fired over an effort the bar with Latics’ first opportunity, before Dan Gardner hit a left-footed shot over the bar.

Gardner then had to be replaced after going down when playing pass and the midfielder looked in some serious discomfort which hopefully isn’t as serious as it looked.

Bruno Andrade then forced Daniel Iversen into a comfortable save before a frantic stoppage-time period.

Miller and goalkeeper Vickers challenged for a loose ball and the referee felt Miller went in with too much force and gave the striker his marching orders.

Substitute Sam Surridge then found himself breaking into the box and seemingly brought down, but referee Ben Toner pointed for a goal kick rather than a penalty.

Frankie Bunn must have asked for a big 45 from his team in the second half and they got off to the perfect start.

Substitute Maouche picked up a loose ball and beautifully curled it past Vickers in goal with his first league goal for Latics.

However, the lead didn’t last long as Lincoln work a short freekick before hitting into the box and after a bit of a scramble O’Connor put it into the bottom corner past Iversen.

The Latics faithful believed that their may have been a hint of handball from a Lincoln player, but the referee allowed it to continue before O’Connor scored.

Iversen then had to keep out an Andrade shot with a smart shot, before Lang hit one straight at Vickers.

Latics had a let off minutes later as Andrade got in down the left and hit the inside of the post with a cross before Latics managed to clear.

Another scramble in the box then fell to Matt Rhead, but Iversen was there again to produce another good save.

Goalscorer Maouche then forced Vickers into a strong stop from a freekick before Lee Frecklington hit one into Iversen’s hands in an end-to-end game.

Callum Lang then carried the ball a long way keeping it away from several Lincoln defenders before hitting a shot narrowly over and Surridge could have nicked it right at the death, but he fired his shot over in a promosing position.

The draw extends the unbeaten run to five games as Latics take on Maidstone United in the Emirates FA Cup Second Round on Saturday.


Ben Toner will be the man in charge of tomorrow night’s Sky Bet League Two fixture with Lincoln City at Boundary Park.

Supporters are urged to purchase their ticket in advance before the price increases for the clash with Lincoln.

There is a small increase in price for tickets on the day.

Supporters can now purchase tickets for all matches at Boundary Park for the upcoming 2018/19 season.