Latics can leapfrog their Welsh opponents with a win and Manager Frankie Bunn is expecting a tough game from a side who will approach the game differently to previous teams.

“It's just another game to us, we treat each game as it come, but there will be a slightly different approach in terms of their formation.” He said.

“They tend to play three or five at the back, so we'll have a look at that and try to figure out some strengths and weaknesses to play against that.”

Bunn also faces a selection headache after some good performances midweek from his team from Tuesday night, especially up front after the way in which Sam Surridge and Callum Lang linked up.

Latics will be without Daniel Iversen and Gevaro Nepomuceno who are both away on International duty.

Latics also have an injury quartet unavailable of Giles Coke, Ishmael Miller, Cameron Dummigan and Jordan Lyden as this Saturday’s game comes too soon for them.

Newport have started the season in excellent form, after losing their opening game of the campaign, they have gone five games unbeaten in the league including three wins in a row.

The visitors have their own selection worries as Mark Harris is away on International duty and Antoine Semenyo has been ruled out with concussion he picked up during their Carabao Cup exit to Oxford United.

Padraig Amond will be the main goal threat for the visitors on Saturday afternoon, having contributed to five goals this season with three himself and two assists.

The teams haven’t faced eachother since 1981, which was in a League Cup tie and finished 0-0 at Newport’s old ground Somerton Park.

The last time the teams met in the league was back in 1970 and Latics came out 4-0 winners on that occasion at Boundary Park.

Oldham are priced at 13/10 to claim the three points against Newport.

Supporters can watch the game for £10 with a matchpass. 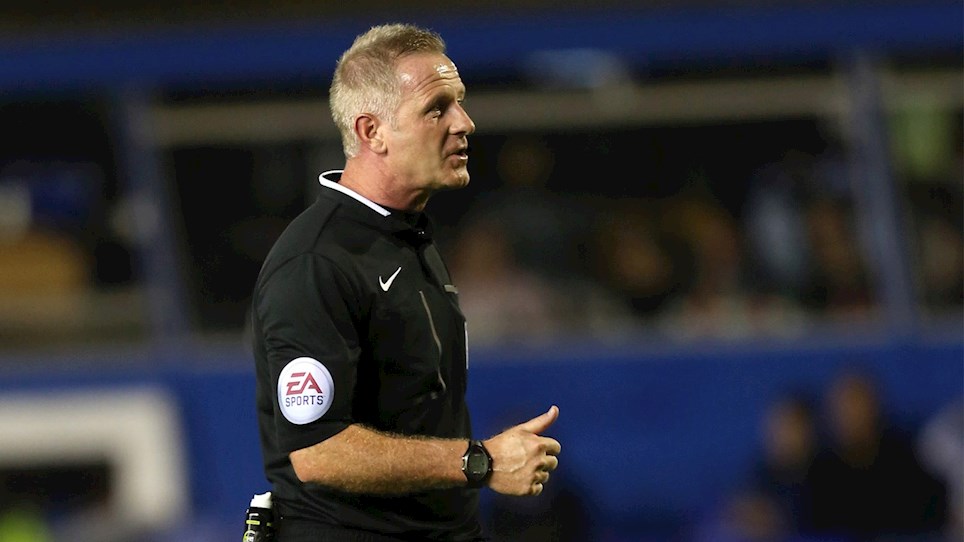 
Mark Heywood will be the man in charge as Oldham Athletic take on Newport County on Saturday Afternoon (3pm).

Tyreeq Bakinson stuck midway through the second half to condemn Latics to their second league defeat of the season.

Latics dominated the contest, but the ball would just not go in the back of the visitor’s net as a run of five league games unbeaten comes to an end.

The game had the feel of a tight affair as neither team could create anything worthy of note in the opening exchanges.

However, Newport defender Fraser Franks may have considered himself lucky after a high challenge on Callum Lang was deemed only a yellow card by referee Mark Heywood.

Andy Taylor down the left-hand side was causing problems with his pinpoint crosses, but evading teammates by inches on several occasions.

Sam Surridge and Franks then tangled in the box from a Latics corner and Surridge seemed to gesture he was stamped on in the aftermath, but nothing was given.

Newport grew into the game and Zeus De La Paz had to be at his best with two fantastic saves in a matter of minutes.

Dan Butler’s cross wasn’t dealt with by Oldham and Josh Sheehan found himself with space to shoot, but De La Paz was there to save.

The Curacao’s next save was even better as Franks found himself free inside the Latics box and his effort was arrowing into the top corner, but De La Paz somehow managed to tip it over the bar.

The home side responded well as Surridge almost found his strike partner Chris O’Grady, but the teasing ball just evaded him and the goal.

Dan Gardner skipped his way past the Newport defence forcing Joe Day into a smart stop as the teams went in at half time locked at 0-0.

De La Paz had work to do early in the second half as he tipped over a Jamille Matt header before Lang danced his way into the box to release Surridge, but his shot come cross evaded everyone and the goal post.

Johan Branger-Engone headed straight at Day from a Taylor cross as Newport soaked up the home sides pressure before getting themselves ahead.

Butler played a long ball into Bakinson who spun and finished smartly past De La Paz into the far corner of the goal.

Jose Baxter was introduced, and he almost found a goal with his head, but he could only guide it over the bar.

Keanu Marsh-Brown could have sealed the game after nicking it off Clarke and De La Paz, but his touch let him down on this occasion.

Branger-Engone should have put Latics level after yet another Taylor cross from the left found the Gabonese winger, but he headed over the bar.

Latics continued to push, but to no avail and Frankie Bunn’s men will be looking to respond next week at Grimsby Town.


Mark Heywood will be the man in charge as Oldham Athletic take on Newport County on Saturday Afternoon (3pm).