Oldham Athletic are back in action tomorrow as they take on Bradford City at the Northern Commercials Stadium in a Sky Bet League Two fixture (3pm).

During the week, Latics suffered defeat in the first round of the Carabao Cup against Blackburn Rovers at Ewood Park.

Latics took the lead through a brilliant strike from Gevaro Nepomuceno but the host pulled themselves lead when Bradley Dack found the back of the net.

Latics regained the lead when captain Mohamed Maouche placed his shot into the top corner. But Rovers scored in the 91st through Stewart Downing and in the 94th minute Joe Rothwell netted to send Blackburn to the second round.

Head Coach Laurent Banide was left frustrated with the last ten minutes of the game against the Championship side, who scored two goals in stoppage time to come from behind and secure their place in the next round.

“It’s difficult, but it’s football and we must accept it. We didn’t play well in the last ten minutes and we conceded two goals and against a big team, we paid the price.

“Our level is not enough at the moment and I’m very sad for the supporters because they have been with us and we must fight until the end to get a result.”

Latics will be without the injured duo Tomas Egert and Marvin Kokos but it’s still unclear whether David Wheater is fit enough to play.

Bradford City have drawn their first two Sky Bet League Two games of the 2019/20 season. And the Bantams were beaten 4-0 at the Northern Commercials Stadium against Preston North End during the week in the first round of the Carabao Cup.

Oldham Athletic are priced at 10/3 to beat Bradford City. 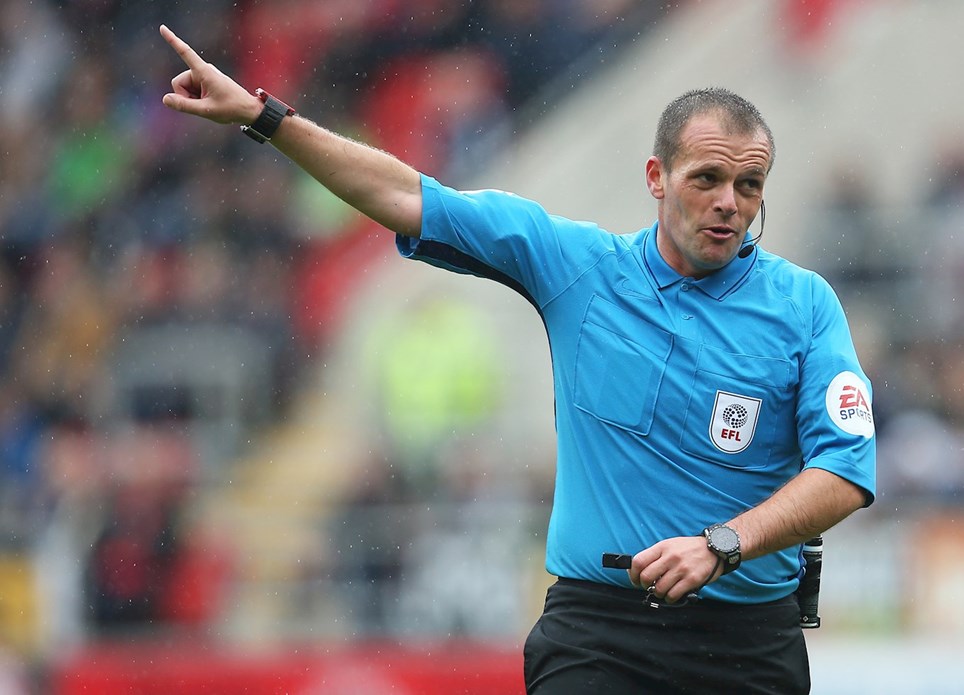 
Geoff Eltringham will be the man in charge when Oldham Athletic take on Bradford City at the Northern Commercials Stadium on Saturday (3pm).

Goals from James Vaughan and Clayton Donaldson in the first-half and Sean Scannell in the second period gave Bradford their first three points of the season.

Latics named an unchanged line-up from Tuesday night’s clash against Blackburn in the Carabao Cup.

As both sides went into the game still searching for their first victory of the season, it was Gary Bowyer’s side who started the brighter as Banide’s side conceded early on again.

The Bantams Captain, James Vaughan tapping in from close range after an inch-perfect cross from Connor Wood on the left.

After going a goal down, Oldham responded with a number of half chances and a succession of corners to put pressure on the home side.

With the Oldham Captain coming the closest to equalising in the 21st minute as his shot from the edge of the box hit the upright, rebounding across goal behind the impressive O’Donnell in the Bradford net and past Azankpo who was flagged offside.

Just after the half-hour mark Valley Parade erupted again as against the run of play, Bradford’s other strike partner got in on the act. Receiving the ball in acres of space on the right, he finished on the half volley into the top right corner giving Woods no chance.

Then on the 35th minute, the hosts hit the crossbar through Vaughan’s head as Mills lost out on a tussle on the left.

The home side who hadn’t won at Valley Parade since March went into the break in a commanding position.

And it was Bradford who started the brighter again. Wood finding Palmer on the left, who then played a low cross across goal that wasn’t met by Vaughan.

As the game carried on neither side created any clear-cut chances until the game was brought back to life on the 71st minute as Bradford added a third through Sean Scannell. Donaldson laying off the ball for him to run onto and smash it into the back of the net across the goal.

Both sides made changes in the closing stages, with Latics trying to get a goal back, but tame efforts from Sylla and a Maouche free-kick didn’t trouble the Bantams keeper.

Bradford responded through McCartan but his first effort went high into the stand, with Woods pulling off a great instinctive save after good attacking play from the home side.


Geoff Eltringham will be the man in charge when Oldham Athletic take on Bradford City at the Northern Commercials Stadium on Saturday (3pm).

Pay on the day will be available for Oldham Athletic’s Sky Bet League Two fixture with Bradford City.

Supporters will be situated in the East Stand and there will be a £5 increase for adults.


A reminder that tickets for Oldham Athletic's trip to Bradford City are still on general sale. 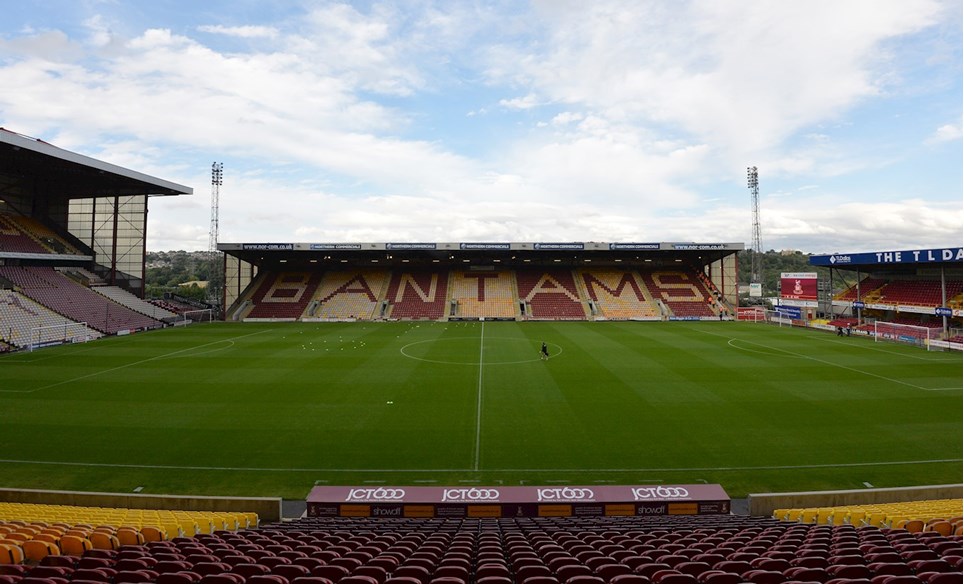 AWAY TICKET NEWS: Tickets On Sale For Season Card Holders For Bradford City Trip On Wednesday


Season card holders will be able to purchase tickets for the upcoming away fixture at Bradford City on Wednesday, July 24th from 9:00am.