Oldham Athletic are back on the road as they take on Cambridge United in the Sky Bet League Two fixture tomorrow (3pm).

Latics go into the game having picked up their first point of the season on Tuesday night and Head Coach Laurent Banide says his side must build on that point.

“We need to continue, it's important to gain some results for the confidence of the team.” He said.

“It's important to push the team because we can do more and we can do better.

“Step by step we must rise to a better level, but we're trying, and I think we can bring out the potential in this team.”

Both Mohammed Maouche and Christopher Missilou have been back in training over the past few days and the Head Coach says they are fit to be involved this weekend.

Tomas Egert is still in his recovery stage and is expected to be another few weeks off and Marvin Kokos is still out with an injury problem.

Our opponents Cambridge have made a decent start to the season having won two and drawn two of their opening league fixtures to leave the U’s sitting pretty in third position.

They’ve also had a penalty shootout win against Sky Bet Championship side Brentford in the First round of the Carabao Cup.

Full-back Kyle Knoyle will be unavailable for Cambridge after picking up a shoulder injury in their 0-0 draw with Newport County.

Former Latics player Jabo Ibhere is out with concussion and Dan Jones is doubtful for the game.

Last season the teams played out a 1-1 draw at the Abbey Stadium as Jevani Brown cancelled out a Harrison Dunk own goal.

Our last win at Cambridge came in 1999 in a 2-3 victory thanks to goals from Mark Allot, Neil Adams and Lee Duxbury.

Oldham Athletic are priced at 9/4 to beat Cambridge United tomorrow. 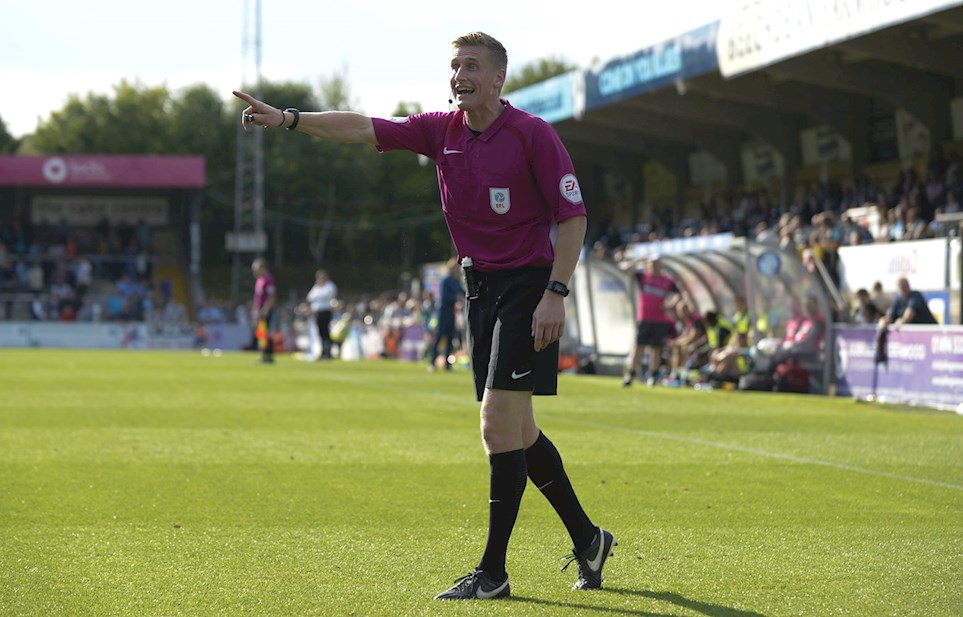 
Scott Oldham will be the man in charge when Oldham Athletic take on Cambridge United on Saturday at the Abbey Stadium (3pm).

Goals from Urko Vera and David Wheater give Latics a valuable first away win of the season against Cambridge United.

There were three changes to Tuesday’s point at Boundary Park against Exeter. With Maouche and Missilou returning from injuries, Vera was chosen in attack with Wheater keeping the captaincy.

The U’s started the game on the front foot with the left-winger Luke Hannant producing a number of chances after beating Hamer.

His first was a low cross that wasn’t met by the hosts, with his next hitting the side netting and his third being his best. Receiving the ball in the box on the 10th minute, he shifted it onto his right and hit it straight at Woods who calmly collected.

Oldham tried to respond but a couple of half-chances from Missilou were wide of the target with Cambridge’s O’Neil hitting a shot from distance that skimmed past the post of Woods.

The game turned on its head when Urko Vera put Latics in front on 27 minutes. Eagles delivered a great cross in from the left, with the Spanish striker unmarked his header was on target but punched in the air by Mitov. Vera followed it up by bundling it over the line.

It looked like Banide’s side had took control with Nepomuceno firing a powerful cross in and then Maouche finding the target minutes later.

But at a sun-drenched Abbey Stadium Cambridge came back and nearly equalised. Woods was on hand to deny O’Neil producing a fantastic low save on the half-hour mark.

The hosts next chance five minutes later went in however. With the referee not signalling for the penalty appeal, Cambridge kept coming, finding Richards whose turn and shot nestled into the goal.

United kept coming forward and just before the break, Davies hit the crossbar from an angle after collecting the ball on the far side and a free-kick from Smith was tipped around by Woods to send the teams in at the break level.

Colin Calderwood’s team came back out and kept the pressure on with Darling shooting from range as Latics were kept to only the odd attack.

Vera found the ball and time to flick it onto Eagles on the 53rd minute, with his pass being too strong for Nepomuceno in the box.

The hosts who were unbeaten and sitting pretty near the top before this fixture and a changes from both sides Oldham went in front on 66 minutes.

Maouche drifted a free-kick in from the right, finding the head of Wheater who easily nodded it goalwards, rising the highest in the area.

The lead away from home meant Cambridge kept Banide’s side camped into its own half for the rest of the game.

Azankpo nearly completed a perfect counter attack with five minutes remaining as good play between Branger and Maouche found the African striker in space in the box, but his shot was dragged wide after pressure from the U’s captain.

But after some resolute defending including excellent saves from Woods and bookings for Fage, Sylla, Maouche and Hamer the side saw out an important result and the first three points of the season.


Scott Oldham will be the man in charge when Oldham Athletic take on Cambridge United on Saturday at the Abbey Stadium (3pm).

Pay on the day will be available for Oldham Athletic’s trip to Cambridge United tomorrow.

There will be a £2 price increase on the day. 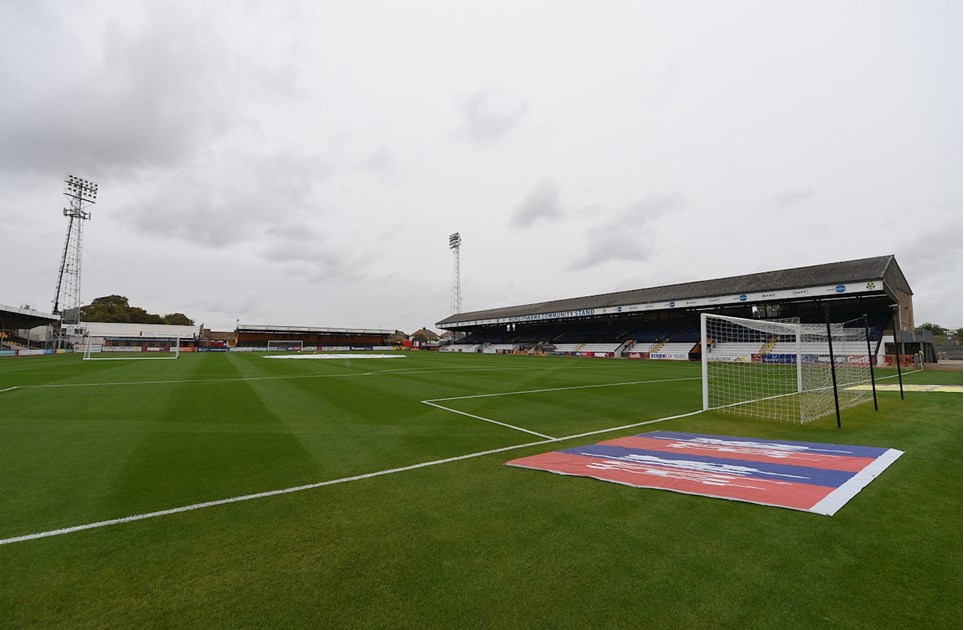 
A reminder that tickets for Oldham Athletic’s trip to Cambridge United in the Sky Bet League Two fixture are still now on general sale. 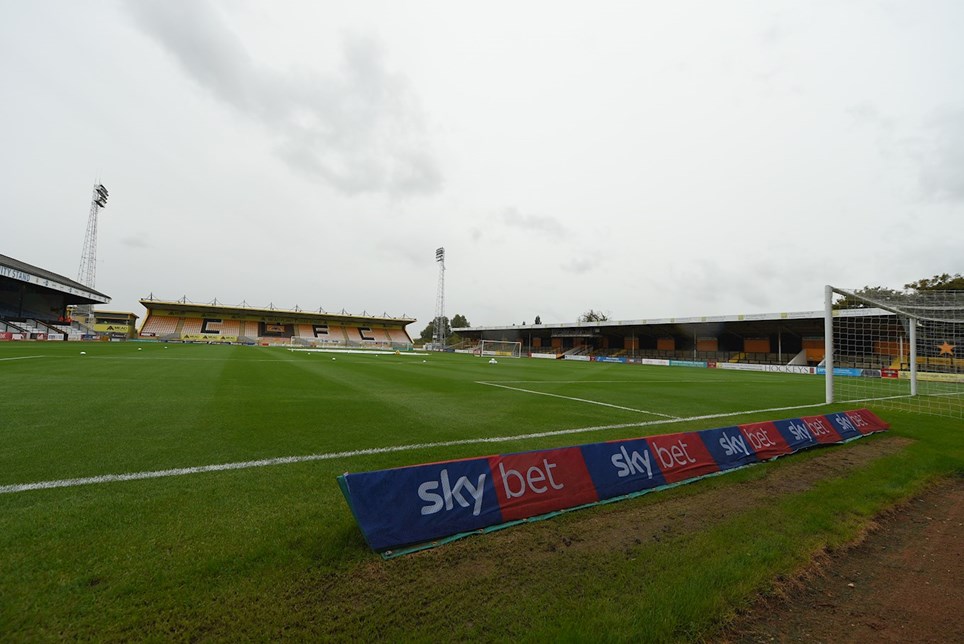 
Tickets for Oldham Athletic’s trip to Cambridge United are now on general sale.