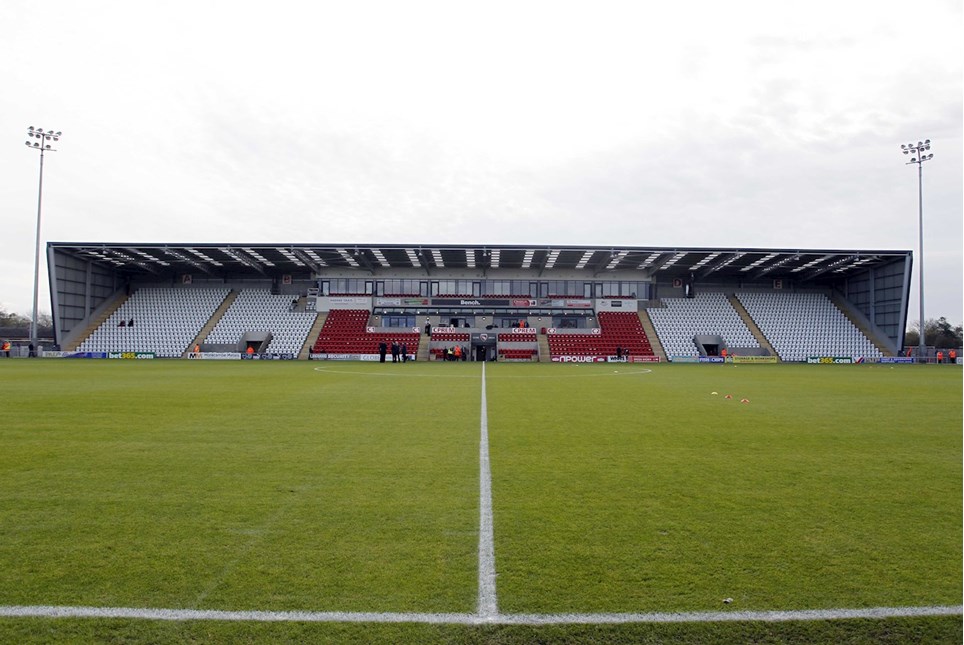 
Anthony Backhouse will be the man in charge on Thursday when Oldham Athletic take on Morecambe at the Globe Arena on Boxing Day (3pm).

Latics completed the first double of the campaign with a 2-1 away win on Boxing Day. Segbe Azankpo and Mohamad Sylla the scorers either side of half-time.

With one change from the positive result against Crawley, midfielder Filipe Morais came back straight into the starting line-up for Akpa Akpro after being unavailable to play against his loan club. As Mills made his return to the club after his summer move following a successful spell at the Globe Arena.

But it would be the hosts who put early pressure on Dino Maamria’s side, several attacks went down the right side but the experienced McCann won a foul in the fourth minute to prevent any further harm.

A few minutes later and goalkeeper De la Paz was called into action for the first time punching clear a looping header that entered the box to command is area.

Latics’ first attacking threat of the afternoon came through the wing wizard Smith, his shot stinging the hands of Halstead who did well to get down to save the effort at the near post after the ball to Maouche in the corner of the box, with the on-loan winger taking over.

On the 20th minute mark Morecambe’s own forward threat Mendes-Gomes kept his composure to twist and turn on the edge of the penalty area before leaning back and sending his effort over the bar into the home stand.

Derek Adams’ men kept the pressure up when Conlan’s free-kick from distance struck the centre of the crossbar after Sylla was adjudged to have handled the ball.

But it would be Oldham who would opened the scoring at the Globe Arena. Segbe Azankpo bundling the ball over the line after Morais’ effort from range wasn’t held by the Shrimps keeper.

Both sides continued to trade blows but neither side could create a clear cut chance until the very end when there was a scare in stoppage time as Morecambe couldn’t find Ellison in the box, with Mills the quickest to react to tip the ball out of his way to prevent a free shot on goal.

However the home side levelled the score straight away in the second-half. The tricky Mendes-Gomes slotting underneath De la Paz comfortably after breaking free on the right with space and time in the area to finish his effort.

After a tough opening spell to the second period Oldham weathered the storm and finished the stronger.

On the 50th minute Azankpo’s header trickled past the post before his next effort was held by Halstead from a tight angle.

Smith got back in on the act with a number of dangerous crosses, two of which weren’t cleared comfortably from close range.

The Shrimps responded through Stockton, his first was a fierce shot that flew well wide before in the 67th minute he missed a 1v1 after being gifting the ball from Wheater who slipped at the crucial moment.

Wilson was introduced by Maamria and his first chance came from a McCann pass. Doing well to make space in the centre of goal his shot that was dragged agonisingly hit the post before bouncing out for a goal-kick.

Latics finally regained the lead through midfielder Mohamad Sylla. Tapping in from close range after a number of shots were blocked by Morecambe on the 75th minute who couldn’t contain the pressure.

Smith struck the upright of the goal as the game entered the last ten minutes after making space on the right wing and curling his effort sweetly.

As both sides made changes in the closing stages for different reasons, Shrimps substitute went close but couldn’t direct his shot on target after running onto the ball.

Oldham held on for a vital win which makes it the first back-to-back victories of the season, lifting Latics to their highest position in the table so far this season.


Anthony Backhouse will be the man in charge on Thursday when Oldham Athletic take on Morecambe at the Globe Arena on Boxing Day (3pm).

Tickets for Oldham Athletic’s trip to Morecambe are still on general sale.

The club has been given an initial allocation of 400 unreserved tickets, and Latics fans will be situated in the Dennison Trailers terrace and the PMG Stand A & B.

Tickets will go off general sale on Christmas Eve at midday.

Here are the prices for the Dennison Trailers terrace (Standing):

Here are the prices for the PMG Stand A & B (Seating):

Each paying adult or concession are entitled to have one free Under 11 ticket, any additional children pay the junior rate.

Supporters must register their complimentary kids ticket direct from the Ticket Office as this offer is not available online.

Under 14’s must be accompanied by a responsible adult.

Disabled supporters pay the concession price and the carer is free of charge.

Please note this festive game is ALL-TICKET for Oldham Athletic supporters. Tickets must be purchased from the Boundary Park Ticket Office prior to matchday or online and collected from either ground, as there will be no pay-on-the-day facility in the away stands. 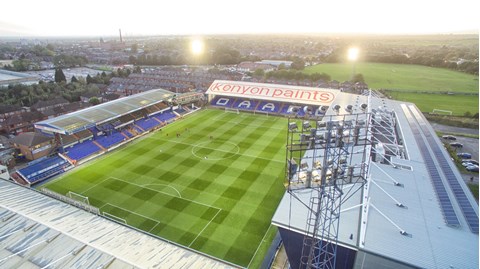 Here are the supporters' coach details, which is now SOLD OUT:

A reminder that Season Card Holders can purchase coach travel with 10% off either online or at the Ticket Office.

AWAY TICKET NEWS: Tickets On General Sale For Morecambe Trip


Tickets for Oldham Athletic’s trip to Morecambe are now on general sale. 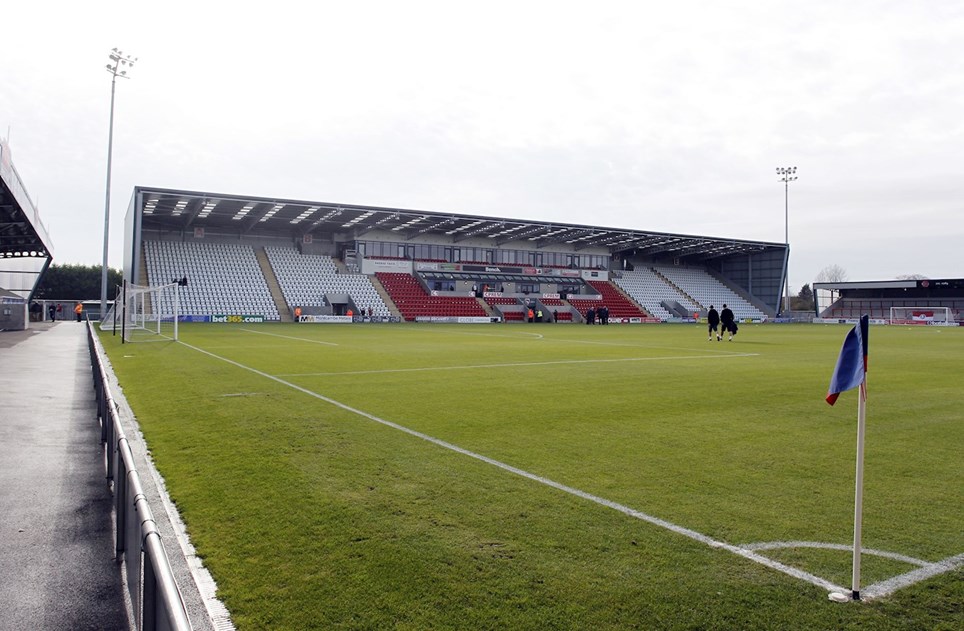 AWAY TICKET NEWS: Tickets On Sale To Season Card Holders For Morecambe Trip


Tickets for Oldham Athletic’s trip to Morecambe are now on sale for Season Card holders.