Latics will be looking to put Sunday’s disappointment behind them when they welcome Scunthorpe United to Boundary Park for the first game of the new decade on New Year's Day (3pm KO).

Despite defeat on Sunday, Oldham’s form still ranks highly, over the last six they have picked up 10 points which is the joint sixth most. Dino Maamria’s side will be looking to carry on this good run and prove that Sunday was just a blip.

Scunthorpe have lost their last two league games on the bounce but prior to that had been one of the in-form teams in the division, putting on an eight-game unbeaten run of which they won five. As well as this the Iron performed well in the EFL Trophy where they beat League One opponents Sunderland and Blackpool.

Oldham have won 16 of the 52 matches that these two sides have played against each other. 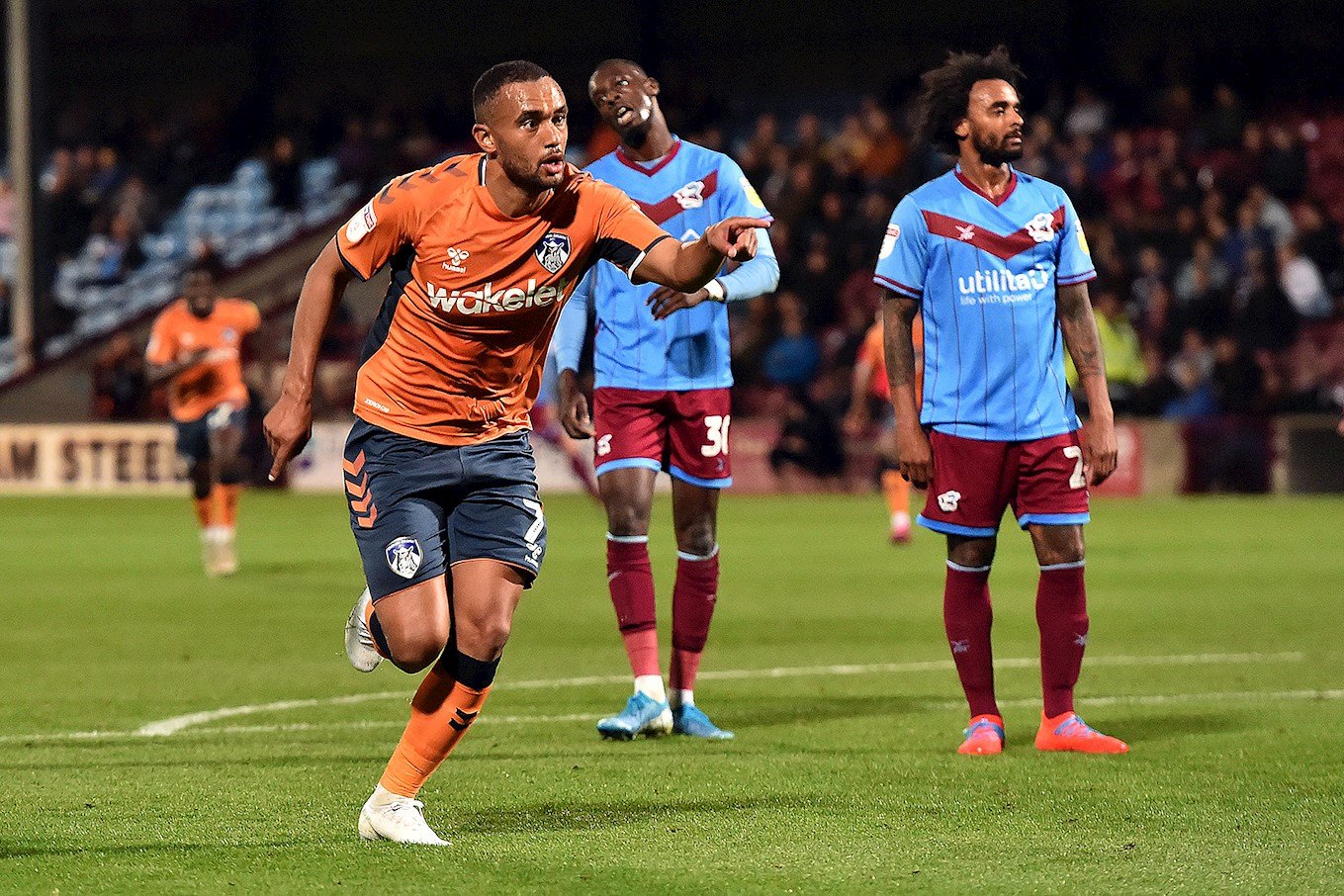 The two teams have already played once this season in a contest that finished as a 2-2 draw. Christopher Missilou and Johan Branger-Engone on the scoresheet that day. The game previous between the two sides was also back at Glanford Park which was won 2-0 by Oldham Athletic.

Two goals in the last 12 minutes for Latics saw them climb out of the Sky Bet League One relegation zone.

Patrick McEleney came off the bench to score a goal on his debut for the club and put them ahead in the clash and just four minutes later fellow substitute Eoin Doyle made sure the points went back to Boundary Park.

The result lifted Latics to 18th whilst the Iron stayed in 5th place.

The Iron endured a terrible start to their league campaign, losing six of their first seven games and having to wait till matchday eight for their first win beating Morecambe 3-0.

Their form did not drastically improve after tasting victory though, the Iron won just two of their following nine league games but an impressive 3-0 win over Sky Bet League One side Sunderland in the EFL Trophy appeared to give them momentum as after that, they won four out of their next five league games before the streak came to an end with a 2-0 defeat against Walsall.

United’s good form has meant they have gone from being in relegation trouble to a comfortable 14th position two points ahead of Oldham however, Latics do have a game in hand.

Dino Maamria after his side’s 4-1 defeat against Salford City: "We've won games, yes we've lost some too, it's a bad loss this one in a local game against Salford but that happens in football.

Paul Hurst after his sides loss against Crewe: "I don't think we quite had the energy, or the quality enough times. I thought we had some spells where we kept the ball and passed it, but we didn't find our spare man anywhere near as well as what Crewe did. I felt there were times where Kev (van Veen) found positions in the first half but we didn't seem to find him, whereas Crewe always did find their man.

"Our goal came from a good finish from Novs, who worked tirelessly today I felt, and then we pinched the ball off them quickly after and almost got in a position, and we could have made it a nervy last 10-15 minutes. To concede two minutes after the goal though took the wind out of our sails." 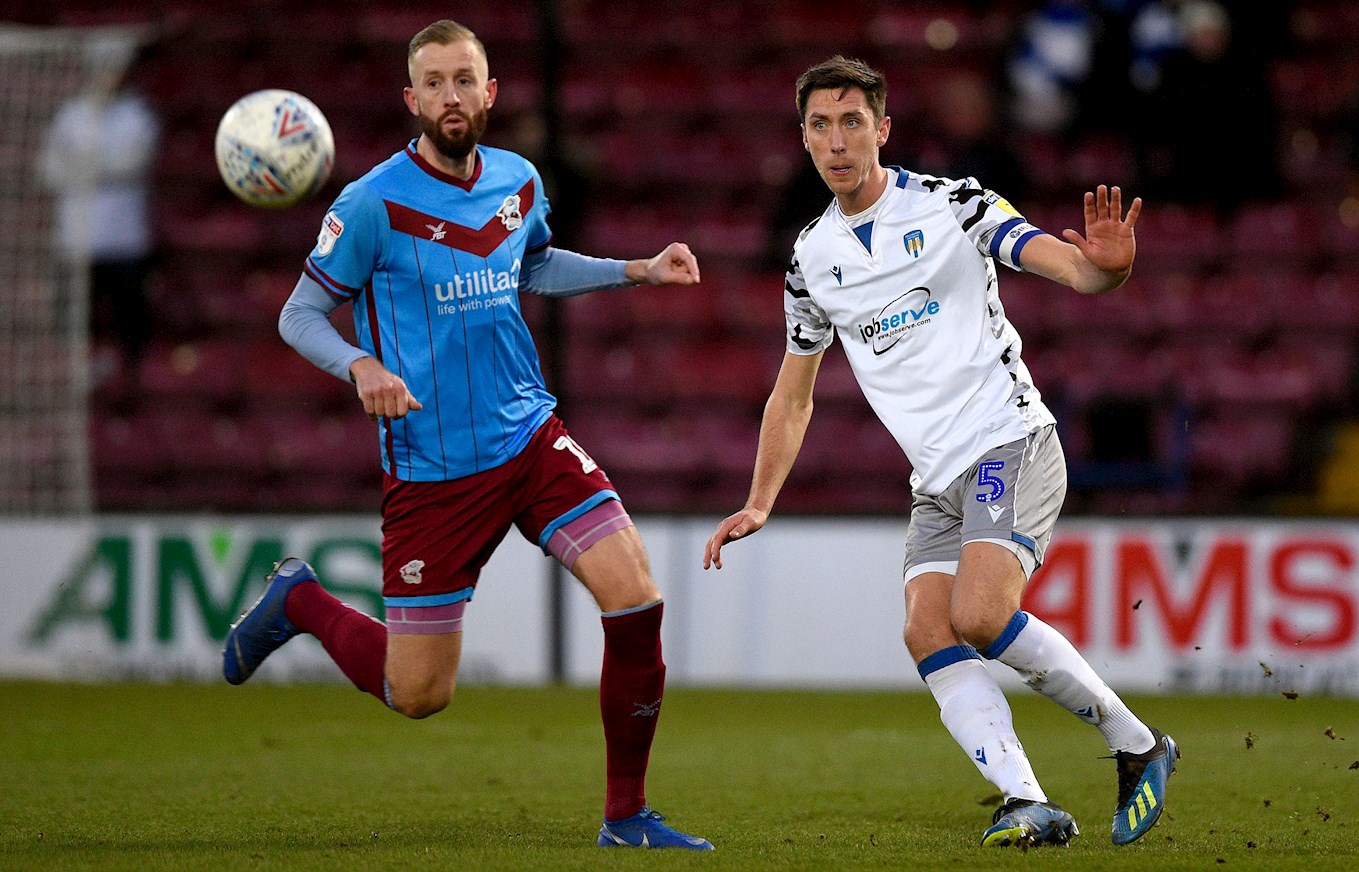 He originally joined in January 2015 from FC Oss and made his debut in a 1-0 defeat against Oldham before scoring his first goal in English football the next week in a win over Swindon Town.

He had a loan spell away to SC Cambuur in 2016 before leaving the club on a permanent to join Northampton Town in January 2018. Van Veen failed to score in the second-half of the season for the Cobblers and his side were relegated to League Two.

On the 1st of January 2019, Van Veen rejoined Scunthorpe United for an undisclosed fee.

Van Veen has shown good form so far this season and was nominated for Sky Bet League Two’s player of the month for October as his goals helped the Iron recover from a horrible start to the season.

It has been confirmed today though that he may miss out completely due to illness.

Paul Hurst will be in the visiting dugout for Boundary Park’s first game of 2020. 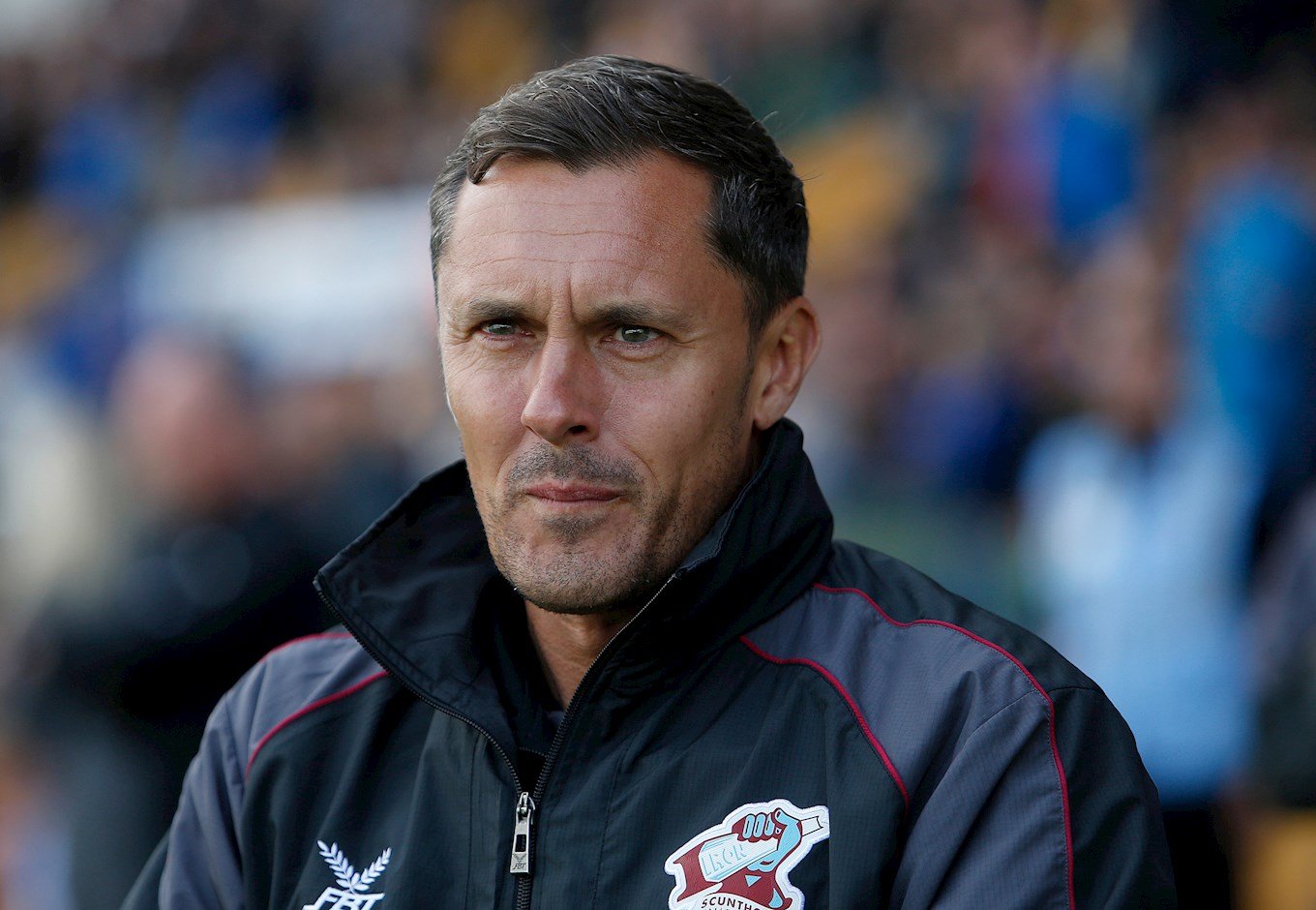 Hurst was appointed as Scunthorpe’s boss in May 2019, his first post since his short spell with Ipswich Town. Hurst has also managed Ilkeston, Boston, Grimsby and Shrewsbury.

Barring a brief loan spell with Burton Albion, Hurst spent his whole playing career with Rotherham United making over 400 league appearances for the Millers. He was part of the Rotherham squad of 1996 that won the Football League Trophy. 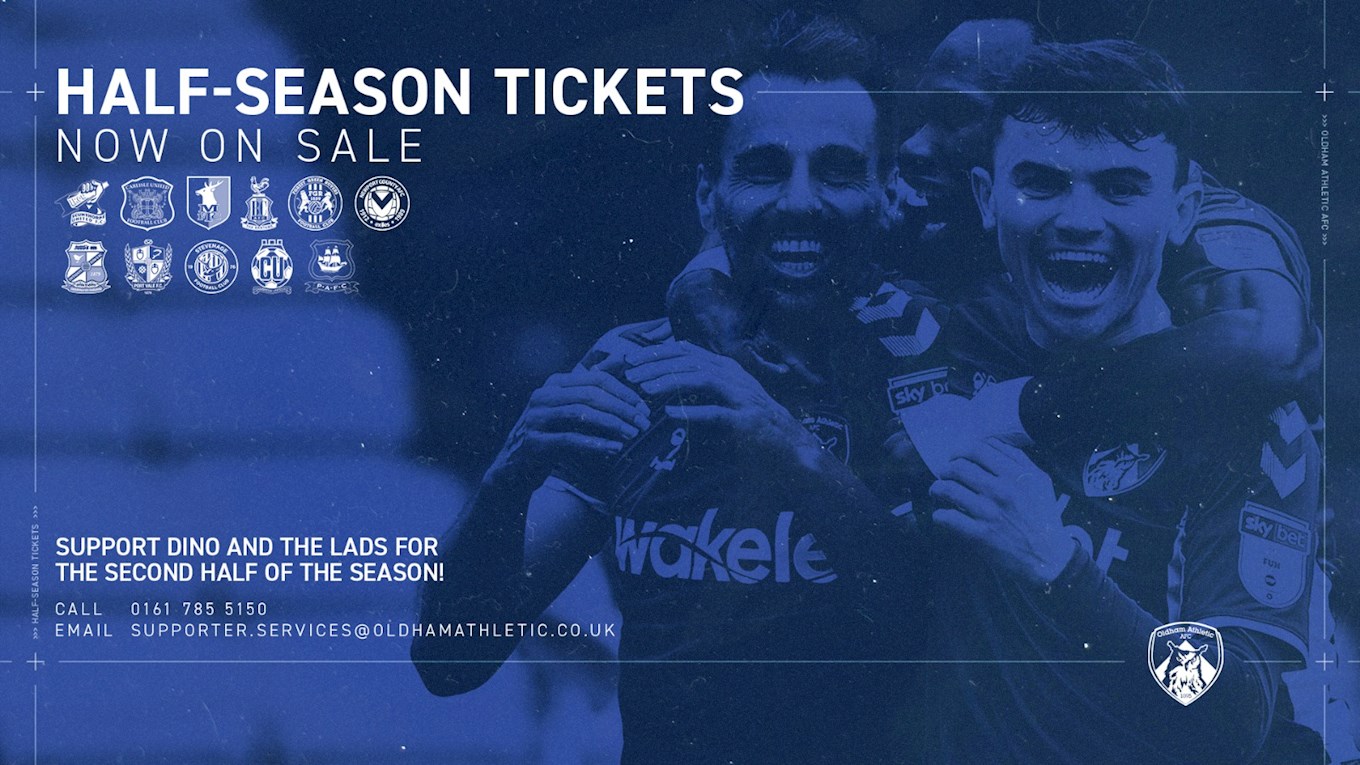 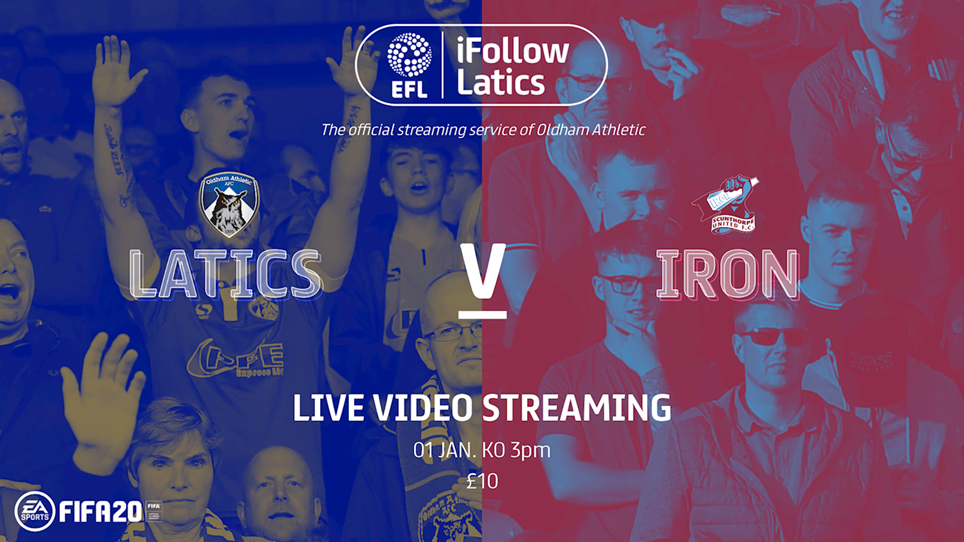 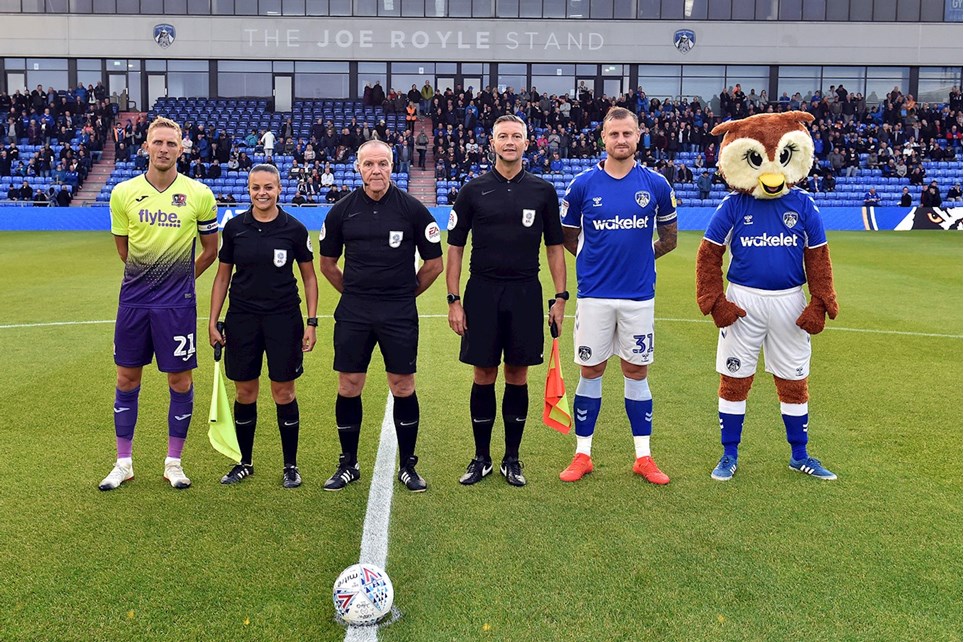 
Graham Salisbury will be the man in charge when Oldham Athletic take on Scunthorpe United at Boundary Park tomorrow in a Sky Bet League Two fixture (3pm). 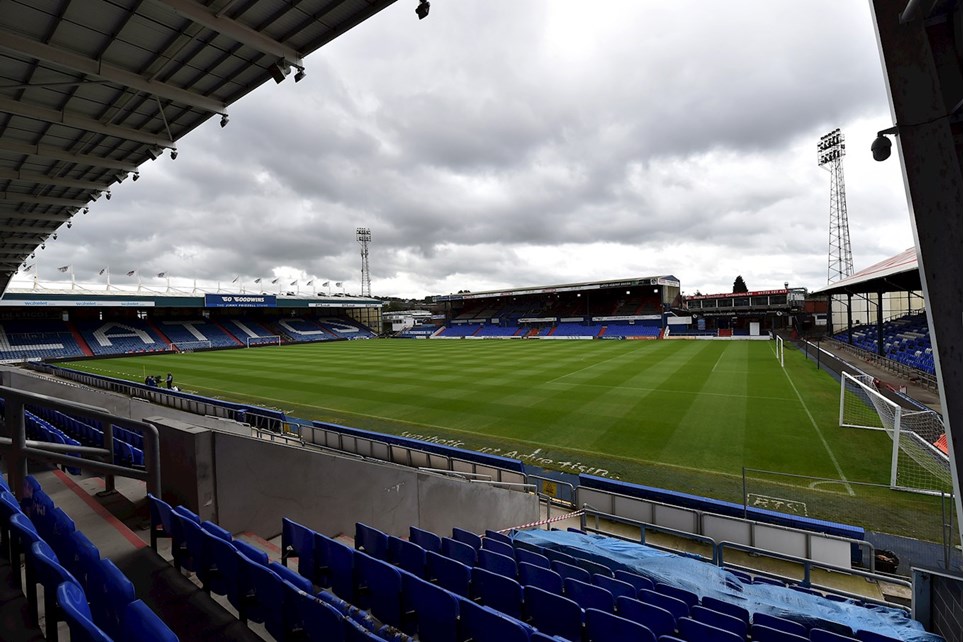 Latics begin the new decade with a defeat as Abo Eisa and Matty Lund’s goals were enough for Scunthorpe United to take all three points.

After a quiet start to the game, Eisa ran down the left-wing and beat two Oldham defenders with a piece of skill which led to Zak Mills tripping the attacker on the edge of the area. As the cross from the set-piece entered the box Captain David Wheater headed the cross away before another cross came into the box from the opposite flank, but this time Zeus De La Paz came out and demanded his area to catch the delivery to relive the danger.

Latics failed to create any chances of note before the interval, the best effort coming in the 29th minute as a long throw-in from the left-hand side found Desire Segbe Azankpo in behind the visitors’ backline, but from a tight angle, the Benin international smashed way wide of the goal.

Paul Hurst’s side broke the deadlock just before half time as the dangerous Eisa received the ball from distance and managed to place his long-range effort into the bottom corner past De La Paz.

The Iron started the second period bright with a few efforts, first Eisa produced a few steps over before smashing over the bar and then experienced striker Lee Novak held the ball up and laid it off to strike partner John McAtee, but the youngster’s low drilled shot was saved by De La Paz.

The visitors continued to apply pressure as Alex Gilliead raced down the right-wing and crossed to Novak on the edge of the Latics area, but he couldn’t keep composed and smashed his attempt way over the crossbar.

In the 82nd minute, Scunthorpe sealed the win as a corner found Lund at the back post and he had time to control the ball and squeeze a shot under De La Paz to double his sides’ lead.

Dino Maamria’s side thought they had pulled a goal back as substitute Christopher Missilou headed in a cross from the left, but the linesman already had his flag up for offside.

Latics couldn’t find a way to get anything from the game late on and this sealed Scunthorpe’s first win over Latics since October 2017.


Graham Salisbury will be the man in charge when Oldham Athletic take on Scunthorpe United at Boundary Park tomorrow in a Sky Bet League Two fixture (3pm).