Crawley go into the game on a three-game unbeaten run. The Red Devils have shown promising signs defensively and have managed three clean sheets in their last five outings. Latics’ thumping win of Newport was the sides first victory after a four-game winless run.

Oldham have won five of the nine meetings between the two clubs. Crawley have won two and the other two have been draws. Latics have won each of the last three games against Crawley including a 2-1 win at Boundary Park earlier on this season.

Latics had to come from behind to secure all three points at Boundary Park following Lewis Young’s opener in the 17th minute.

Skipper David Wheater levelled the scoring inside the opening five minutes of the second-half. He rose highest to meet a Jonny Smith corner and powered his header into the back of the net giving the keeper no chance.

The comeback was completed before the hour mark, Scott Wilson did well to find Mohamed Maouche and the Frenchman kept his composure and slotted the ball past Morris and into the back of the net.

Latics were able to hang on and claimed an important victory that lifted them to 19th place and onto level points with their opponents at the time.

Crawley had a solid start to the season as they lost just two of their first ten league games. The 16 games that followed proved to be more difficult for the Red Devils as they won just two of their fixtures. Town’s 2-1 defeat to Latics was part of that sequence.

Results have since picked up with Crawley recording four wins of their last nine and only losing two of them under new leadership in the dugout.

This sees them sit 12th in the Sky Bet League Two table. They are four points and five places better off than Oldham going into the game and are 11 points off a play-off place.

It is expected that Gary Woods may be absent again in the Latics goal again after suffering a thigh injury against Orient that disrupted his training and is doubtful as a result along with Mani Dieseruvwe who has also been receiving treatment through the week.

For the hosts, Tom Dallison, Lewis Young and Reece Grego-Cox all remain side-lined with injury. 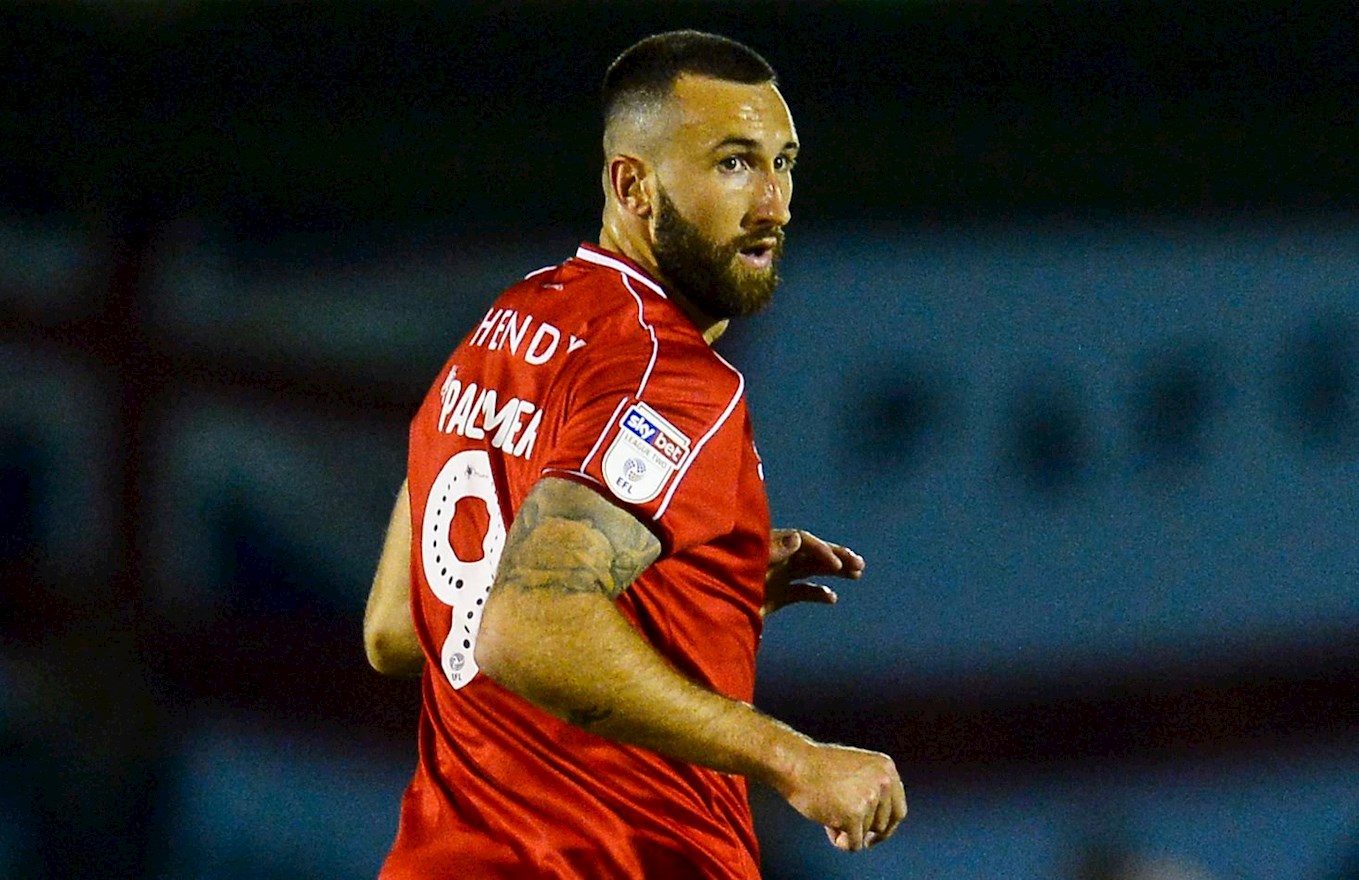 The forward has been in fine form this season and has 12 league goals and 14 in all competitions for the Red Devils, whilst adding three assists also. He can boast an impressive goal every 156 minutes and has a goal participation stat of 31%. His last goal came in their 3-1 win over Scunthorpe United.

The 28-year-old started his career with Woking. He made 20 appearances for Woking before moving to Havant and Waterlooville on a permanent deal in September 2011. Palmer’s time with the club was a success. He finished his second season with the club as the Conference South’s most deadly frontman with 25 league goals, a feat that earnt him the Player of the Year award. His time at Havant saw him gain some admirers from higher division side with League One Charlton Athletic and even Premier League Chelsea being linked to the striker but it was newly promoted League Two side Mansfield Town that won the signature of the exciting forward.

Palmer did not find life as easy in the Football League and had to go out on loan to conference side Grimsby Town during his spell with the Stags. It was a similar story for Palmer at his next permanent club too. He joined Leyton Orient in July 2015 but was sent out on loan to Luton Town on deadline day in January 2017.

His next club was Lincoln City. He joined Lincoln in June 2018. Palmer scored his first goal for the club in the EFL Trophy against his former club Mansfield Town. The six-foot-five striker would go onto to lift the EFL Trophy in 2018 as they beat Shrewsbury Town 1-0 in the Wembley final. Palmer’s performances in the cup saw him earn a place in the team of the tournament. Palmer then joined current club Crawley on the 27th June 2018.

Palmer missed the last two Red Devils games through injury but has a chance of returning against Dino Maamria’s men. 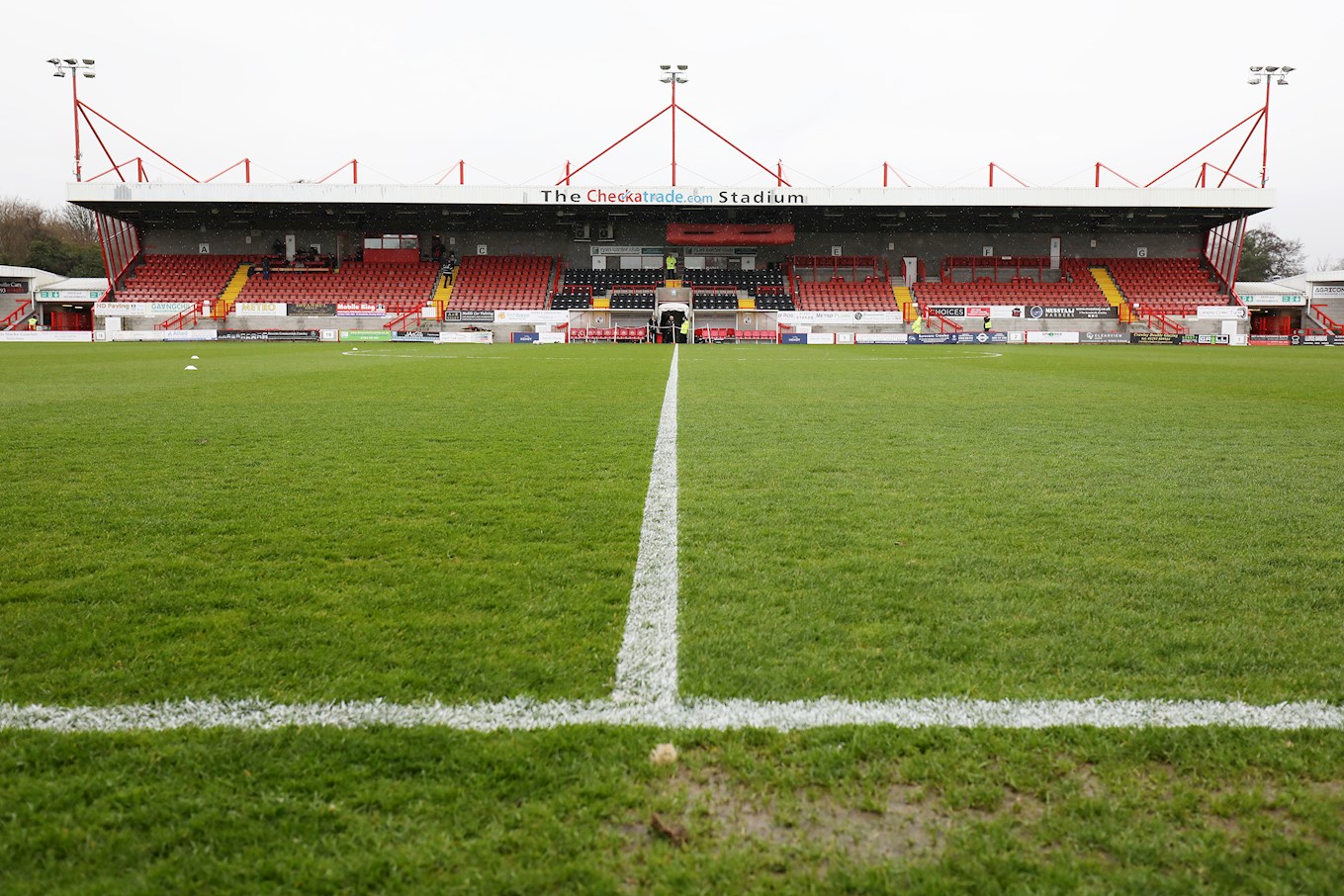 Also known as the People's Pension Stadium for sponsorship reasons, the ground holds 6,134 people and was opened in 1997.

It boasts a record attendance of 5,880 for a game between Crawley Town and Reading in the FA Cup third round.

John Yems is the man in the dugout for Crawley Town.

Yems was appointed as manager of the Red Devils on the 5th of December 2019.

Yems had been part of a three-man team of caretaker managers at the Broadfield Stadium in 2006 after Crawley dismissed John Hollins.

He has had many different roles in football but has not been as manager again before his appointment earlier on this season.

The EFL’s bookmaker have Crawley as favourites for the clash with the hosts priced at 13/10 to win. Latics are 2/1 to secure maximum points and the draw is 9/4.

Last time the sides met Latics won 2-1 and you can get odds of 10/1 for the same outcome at the Broadfield Stadium.

Charles Breakspear will be the man in charge when Latics take on Crawley in the Sky Bet League Two away fixture tomorrow afternoon (3pm KO).

The referee has officiated 29 games this season, brandishing 129 yellow cards as well as 12 red cards.

This will be his first time the League One and Two official has taken charge of a fixture involving Latics.

He will be assisted by Gregory Read and Alasdair Ross with the Fourth Official being Mathew Buonassisi.

As a result of the ongoing concerns posed the by the Coronavirus outbreak and following specific medical advice, the Fair Play handshake between players and match officials will not take place at matches until further notice.

Whilst the Government guidance does remain unchanged, a decision has been taken in conjunction with the EFL due to the way in which the Covid-19 virus can be transmitted through a handshake.

If you haven't got a ticket for the fixture, live commentary is available for all subscribers on iFollow Latics with Roy Butterworth and a guest reappearance from Sam Rosbottom who will be talking you through the match.

A reminder tickets for Oldham Athletic’s trip to Crawley Town tomorrow are available on the day.

The ticket prices are as follows, with no price increase. A total of 107 have been sold in advance.

Tickets are available on the day from two outlets; the Ticket Office and Ticket Cabin. Both are situated at Crawley's ground and are able to take cash and card payments.

Efforts from the hosts courtesy of German, Nadesan and Lubala condemned Latics to another defeat away from home after what was a promising start to the encounter.

Latics started the brighter in West Sussex after Head Coach Dino Maamria named an unchanged starting line-up from last weekend but it would be the hosts who would provide the reverse scoreline to the same fixture last season.

In the opening stages Smith’s fierce effort glanced past Morris’ post before Dearnley missed a great chance from yards out in the penalty area after Nepomunceno silky footwork put the Crawley defender down on the floor.

As Oldham continued to create chances and look confident on the ball, Borthwick-Jackson had a half chance from distance with the outside of his left boot.

Then in the 23rd minute the Crawley keeper, who was in fine form and is set to win their player of the year award again, was called into action as he pulled off a fantastic double save, the first being with his face as Dearnley forged out the efforts from a tight angle.

But not taking the chances meant Crawley started to create and would ultimately take the lead.

Lubala missed when it was easier to score a minute later from Dearnley’s opportunity but it was ten minutes later when the Red Devils went one up.

Replacing the injured Ollie Palmer, Ricardo German scored on his first league start for the hosts, neatly cutting back inside and placing into the goal after his striker partner Nadesan did extremely well to find him in space to run onto.

Things went from bad to worse when Wheater was substituted due to injury shortly after conceding and meant Hamer was placed alongside Piergianni with N’Guessan brought on at right-back.

Crawley finished the stronger in the first-half and could’ve doubled their lead with two half chances from close range again as German and Lubala especially continued to cause problems on the left.

In the second-half it was the Red Devils that dominated proceedings as Oldham failed to continue how they started the afternoon in terms of creating chances and staying solid at the back.

The Reds got the Broadfield Stadium on their feet with waves of attacks. The first being on the 55th minute when Nadesan had time to run onto goal again with his shot being blocked by De la Paz after a final heavy touch in the area.

Pressure from John Yems’ men increased as they scored their second on the 69th minute. Nadesan involved again calmly chipping it over De la Paz into the goal with ease as a fast break started the attack.

Five minutes later and the third came from the penalty spot. Lubala sent the goalkeeper the wrong way after winning the appeal as Sylla brought down the winger.

As changes were made by both sides it was Crawley who continued their unbeaten and clean sheet run, as Latics failed to score for the first time in nine games and means Oldham are still searching for that first win away from home since Boxing Day.

Tickets for Oldham Athletic’s trip to Crawley Town are now on general sale.

Tickets will go on off sale from the club on Friday 6 March at 3pm.

Further tickets are available on the day from two outlets; the Ticket Office and Ticket Cabin. Both are situated at Crawley's ground and are able to take cash and card payments.

Here are the supporters' coach details:

A reminder that Season Card holders can purchase coach travel for 10% off either online or at the Ticket Office. 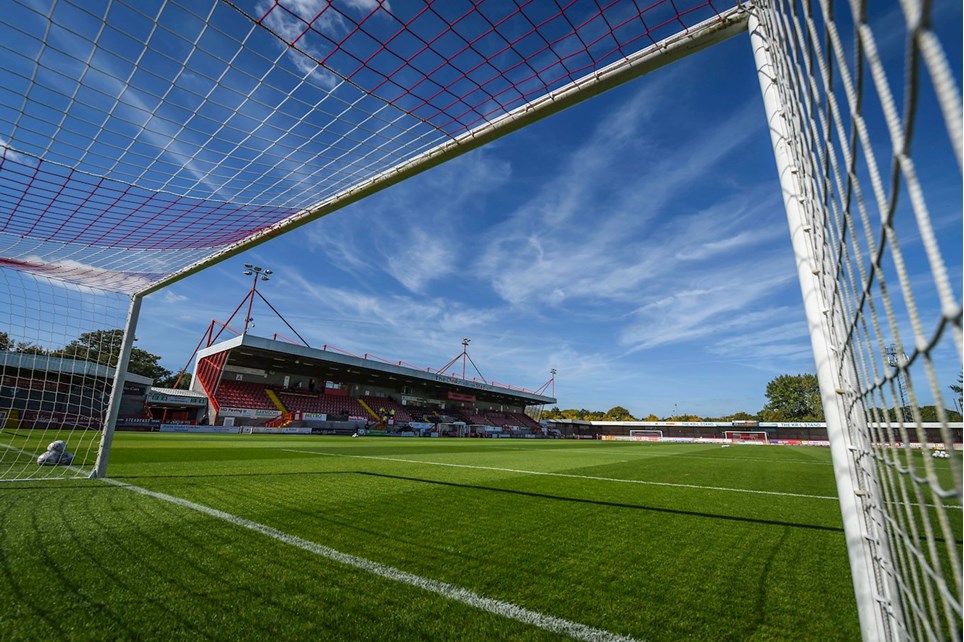 
Tickets for Oldham Athletic’s trip to Crawley Town are now on sale for Season Card holders.