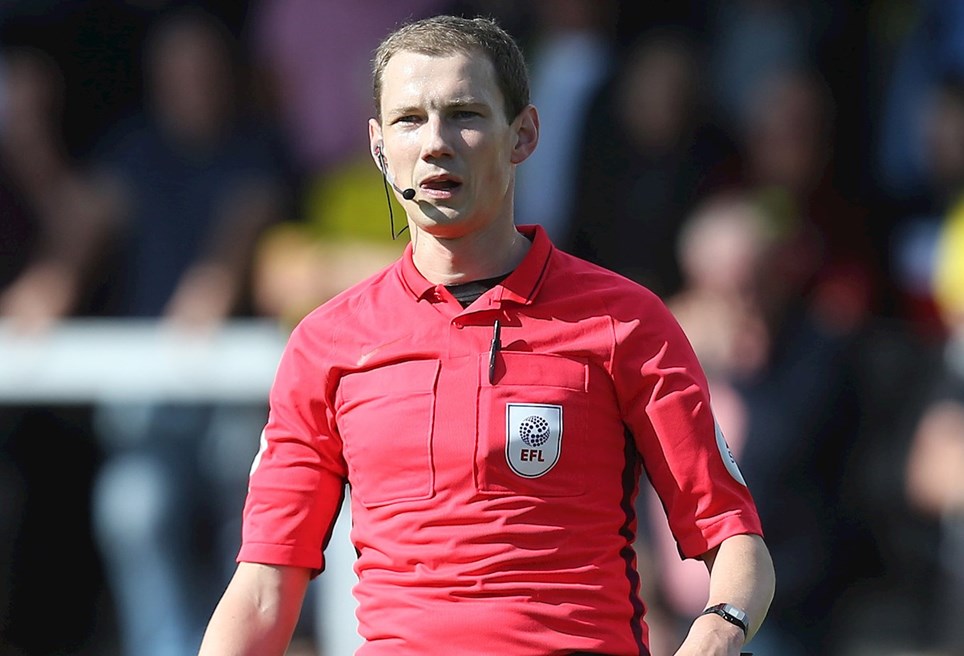 
Peter Wright will be the man in charge when Latics host Northampton Town in Sky Bet League Two on Saturday (3pm).

Late goals from Scott Wilson and Jonny Smith earn Oldham Athletic a point in a 2-2 draw against Northampton Town at Boundary Park.

Northampton started the game brightly and tested Zeus De La Paz early on as Matty Warburton received the ball on the halfway line and drove at the Latics defence before striking at goal from range, but the goalkeeper was equal to it.

Keith Curle’s side did take an early lead in the 6th minute as a corner caused a scramble inside the Oldham box and the ball landed at the feet of Warburton and he managed to bundle the ball over the line to put his side ahead.

Latics began to apply pressure on their opposition and came close when a short corner gave Filipe Morais a chance to strike from outside the box which was parried by goalkeeper David Cornell, but no one could get the rebound. The danger was cleared, but only to the edge of the area to Morais and he tried his luck again, but this time it sailed over the bar.

The Cobblers nearly doubled their lead just before the interval as a corner found Warburton and his header smashed the crossbar before Harry Smith headed just wide to relieve the pressure.

In the second half, Alex Iacovitti played a clever ball down the line to Jonny Smith and he drove inside towards goal before putting a low cross into the box, but it was blocked by a Northampton defender just before it reached a blue shirt.

Nicky Adams ran down the left-wing having a battle with right-back Tom Hamer before managing to give the ball to Warburton inside the Latics area, but he couldn’t keep his effort down.

Northampton extended their lead in the 80th minute as substitute Andy Williams received the ball on the edge of the Latics penalty area and he turned before his strike found the top corner.

Moments later, Dino Maamria’s side pulled a goal back as Scott Wilson was played one-on-one with Cornell and he managed to slot past the goalkeeper to give his side a chance.

In the 89th minute, Latics had an equaliser as they began to apply pressure on the Cobblers and then Smith’s cross looped over the Cornell and into the back of the net to rescue a point for his side.


Peter Wright will be the man in charge when Latics host Northampton Town in Sky Bet League Two on Saturday (3pm).