Latics will be hoping to earn a place in the Third Round of the Emirates FA Cup on Saturday when they host Sky Bet League One side Burton Albion (3pm KO).

It’s nearly been a month since Oldham played on home turf go into the game on the back of a crucial 1-0 win against Newport County.

The victory at Rodney Parade means that Maamria's side have lost just one of their last six games in all competitions and are unbeaten in four in the league.

Meanwhile Burton also go into the fixture with confidence, winning their mid-table Sky Bet League One clash at Sunderland on Tuesday evening.

Latics have faced off against Burton Albion three times in the FA Cup before, in 2002 were Oldham needed a replay to go through and in 2011 when again Oldham progressed through to the next round.

Oldham progressed into the Second Round of the FA Cup, beating Burton 3-1. It was an uphill struggle for the visitors as Brewers defender Ryan Austin was shown a red card in the opening few minutes as a result of a foul that also gave away a penalty.

Shefki Kuqi fired in the spot kick and goals from Robbie Simpson and Dean Furman saw Latics go into the break with a three-goal lead.

Zola’s goal in the 71st minute proved to be nothing more than a consolation and Latics place in the Second Round draw was confirmed.

Route To Round Two

Latics made it to the Second Round with a 2-1 win against National League North side Gateshead.

Meanwhile Burton progressed through their tie with Salford City. The Brewers needed a replay after a 1-1 draw at the Peninsula Stadium but they triumphed 4-1 at the Pirelli to claim their place in the Second Round.

"Regardless, it is an important game for us. I think we are in a good moment and we’ve been improving.

"It’s a tough game against Burton Albion, we saw them when they beat Sunderland. That doesn’t mean anything though on Saturday in a knockout game.

"We’ve got to make sure we are ready physically and mentally to cause an upset. That’s our focus."

Nigel Clough: "The FA Cup is very important for every financially, the prize money to get through the second round and then the third round, they will be as desperate as we are.

"They had a great win last week at Newport 1-0 away so that will have buoyed them, it’s a very difficult place to go Newport and not many people come back from there with a result so I think that it will be equally as tough if not more so than Salford away a few weeks ago.

"We have got a few niggles and the squad is stretched again but we will shuffle it around the best we can to get everyone on the pitch when we can in the next three games.

"Richard Nartey and John Brayford are both doubts for tomorrow, Scotty Fraser is struggling with his hip which he has been carrying for a few weeks. Stephen Quinn got a couple of whacks the other night and did well to finish the game. Nathan Broadhead is struggling but has a chance for the home games next week.

"There are one or two carrying things – it’s a case of what they can do in the next seven days and how we plan it."

Stephen Quinn – The 33-year-old Irish international joined the Brewers in 2018 and has wealth of experience to call upon.

Quinn played in the Premier League for Hull City and even scored in the FA Cup semi-final win against his former club Sheffield United in 2014. Quinn would play in the final but the Tigers lost the game to Arsenal.

The midfielder is well known for his prowess at set pieces so Latics will have to be wary of the threat that he poses.

Quinn has scored one league goal in the 22 league appearances that he has made for Burton to date.

In the away dugout on Saturday will be Nigel Clough.

The son of the legendary Brian Clough has been Brewers boss since December 2015 and oversaw the club’s promotion to the Championship in 2016.

This current stint is the second time that Clough has been the boss at Burton, he took over the player-manager role in 1998 and carried this role on till 2008, making 227 appearances for the club.

In between his two spells with Burton Albion, Clough managed Derby County and Sheffield United.

Burton Albion have scored more goals away from home in 2019 than anyone else in the top four flights of English football.

The Brewers have scored 36 on the road this year which is one more than Premier League champions Manchester City.

Matt Palmer has played for both Oldham Athletic and Burton Albion.

The Derby born midfielder started his career with the Brewers and he made 136 league appearances between 2016 and 2018 for the club.

It was during this time that Palmer would arrive at Boundary Park on loan. Palmer made 14 league appearances for Latics, scoring one goal.

He joined Rotherham United for an undisclosed fee in 2018 but has joined up with Bradford City on loan for the whole of this season.

Tomas Egert is a current Latics defender but has also turned out for Burton Albion.

Egert had a year out of football after he ruptured his anterior cruciate ligament whilst he was on trial to find a new club after his release from Albion.

In August 2019 Egert returned to the Football League, joining Oldham Athletic on a free transfer.

Reduced admission has been agreed by both clubs and is as follows:

Season ticket reservations have now been lifted with pay-on-the-gate for home supporters at no price increase. The game is all-pay.

Live commentary is available on iFollow Latics with Mike Leyland and Roy Butterworth who will be talking you through the match.

The iFollow video match pass is not available overseas due to it being a non-EFL cup comeptition. 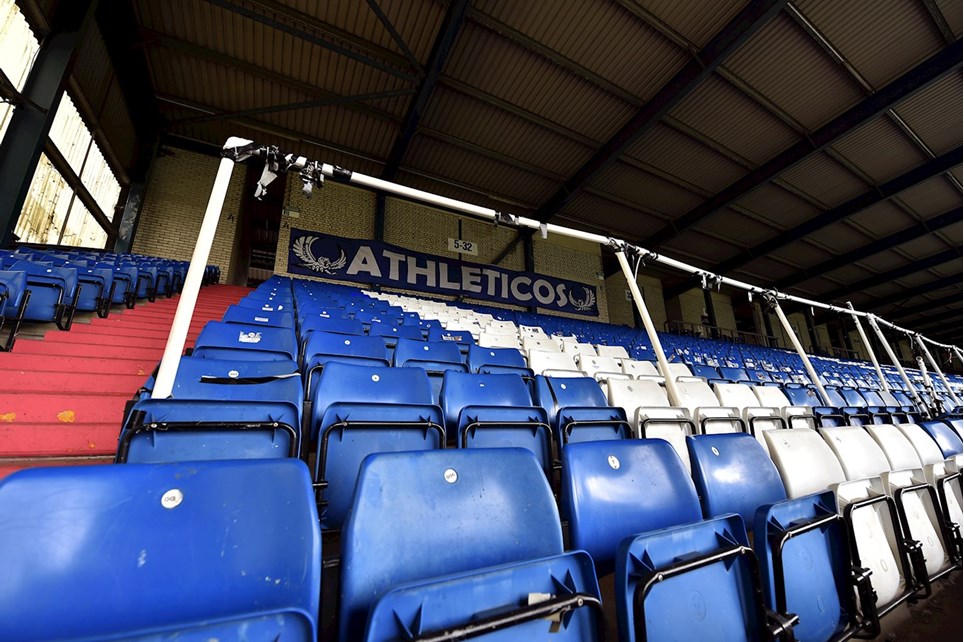 
After positive discussions with the supporters from the Athleticos group, they will relocate for one game as part of a trial. 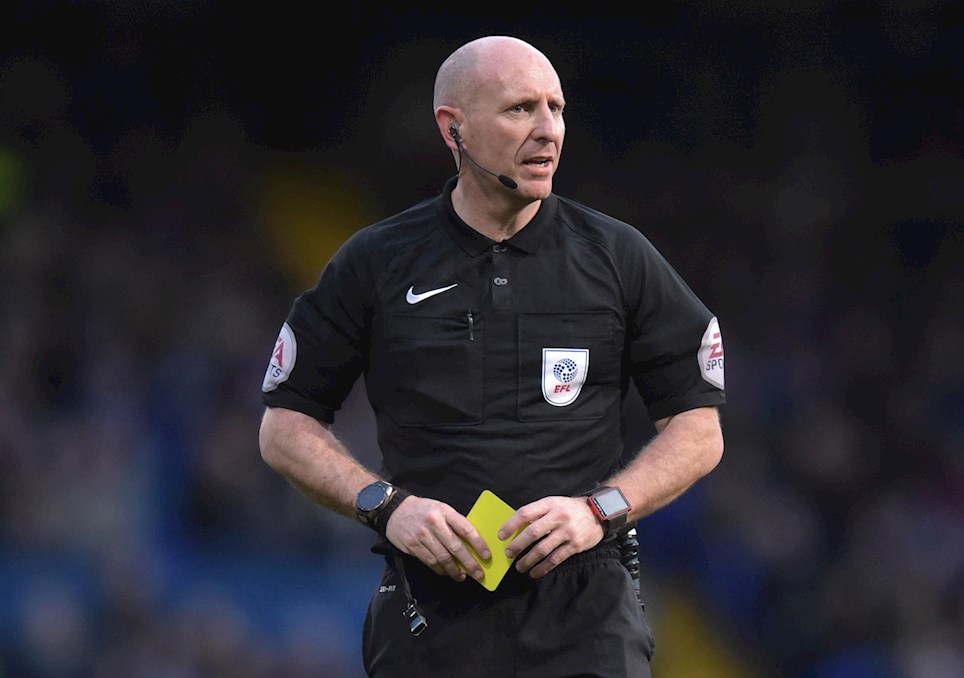 
Andy Davies will be the man in charge for the Emirates FA Cup Second Round fixture at Boundary Park. 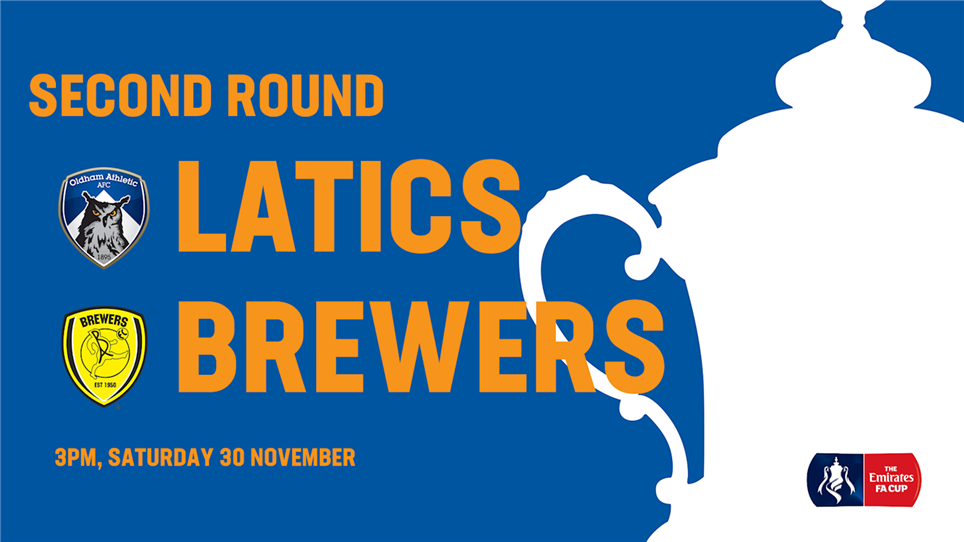 
Oldham Athletic will host Burton Albion in the Second Round of the Emirates FA Cup.

A first half goal from Liam Boyce was enough to send Burton Albion into the third round of the Emirates FA Cup.

The game started evenly with both sides having nothing more than half chances in the opening exchanges.

Colin Daniel and David Templeton started causing Latics all kind of problems down Athletic’s right-hand side and it was down that side where the opener came from for the visitors.

Colin Daniel found his way to the byline before sending across a teasing cross that found Liam Boyce who had the simplest of finishes to give Burton a deserved lead in the 23rd minute.

Latics were forced into an early change in the 29th minute with Mohammed Maouche replacing Christopher Missilou.

The Brewers’ continued to cause Latics problems down their left-hand side and in the 41st minute Templeton got down the wing putting in a dangerous cross that was well blocked by the Oldham defence.

Oldham started to get into the game towards the end of the first half and had a string of corners in close succession with Jonny Smith having the best chance for the hosts but his shot was well saved by Kieran O’Hara.

The Brewers’ had the better of the opening exchanges in the second half, Joe Sbarra managed to get a shot off that was brilliantly blocked by Jamie Stott.

Just moments later, there was a nervy moment for Latics forward Desire Segbe Azankpo when his scuffed clearance from a Burton corner nearly found its way into the Oldham net.

Latics started to grow into the game and in the 58th minute Azankpo had a speculative effort that didn’t cause any threat to the Burton goal before six minutes later the forward flicked the ball onto Maouche who’s smart footwork allowed him a chance to get a shot away but the keeper was equal to the Frenchman’s effort.

Burton missed a glorious opportunity to double their advantage on the break when Burton again broke down their left-hand side but substitute Scott Fraser shot wide.

Latics were incensed when referee Andy Davies failed to show Brewers’ keeper a straight red card when he blatantly handled the ball outside of the area. The whistle-blower showed the Burton number one a yellow.

Despite a barrage of late pressure from the hosts, Latics were unable to find a goal to earn a replay.


After positive discussions with the supporters from the Athleticos group, they will relocate for one game as part of a trial.


Andy Davies will be the man in charge for the Emirates FA Cup Second Round fixture at Boundary Park.


Oldham Athletic will host Burton Albion in the Second Round of the Emirates FA Cup.

A reminder that admission has been reduced for the visit of Burton Albion in the Second Round of the Emirates FA Cup.

Oldham Athletic will host Burton Albion on Saturday 30 November in the Second Round of the Emirates FA Cup.

Kick-off is scheduled for 3pm with admission reduced for Latics' first home fixture in this competition for three years.

Admission has been agreed by both clubs and is as follows, with the fixture being all-pay:

Tickets will be available to purchase on the day of the game at no increase, with all the stands open at Boundary Park for the fixture.

Season tickets holders are encouraged to purchase in advance if they want to secure their usual reserved seat.

Tickets are now on sale online, in person from the Ticket Office and over the phone on 0161 785 5150. The opening times can be found by clicking here. 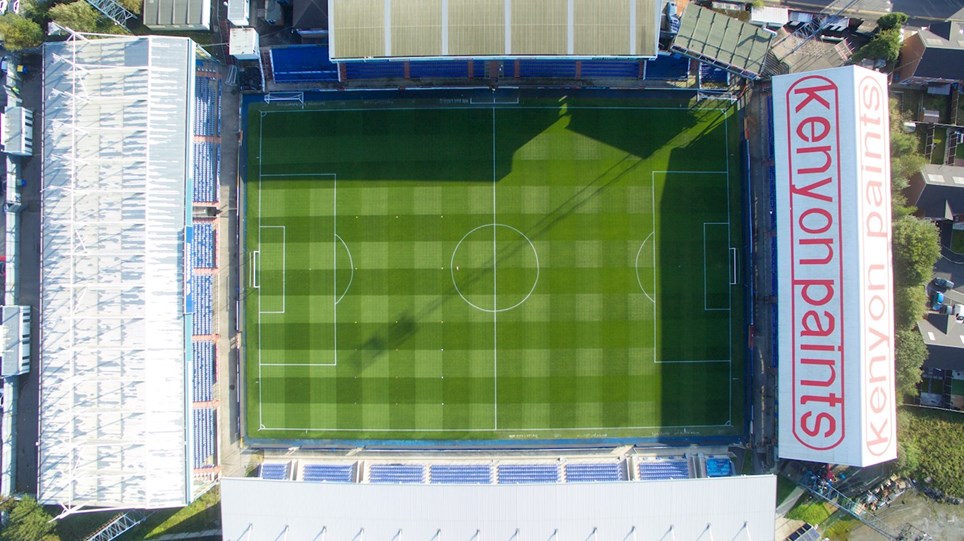 
Admission has been reduced for the visit of Burton Albion in the Second Round of the Emirates FA Cup.