Oldham Athletic are back at Boundary Park tomorrow as they take on third placed Cheltenham Town in the Sky Bet League Two fixture (3pm).

Latics come into the game off the back of a defeat away at Carlisle United last weekend with Head Coach Dino Maamria looking for a swift response.

Maamria believes his side must be at their best when they take on Cheltenham tomorrow.

“We've got to be at our best, Cheltenham have been together for a while now as a squad.” He said.

“They play a certain way and it's been pretty much the same starting XI each week and they've kicked on and look really strong.

“They've had some terrific results and they have threats going forward there's no doubting that, but they have weaknesses as well.

“What we'll try to do is exploit those weaknesses and it's a home game, in front of our fans on a great surface, so we'll try to do what we do best which is dominate the ball and cause them trouble in the areas they're weak in.

“It's a game that we're looking forward to, but we have to be a lot better than last weekend, a better performance and then the result will look after itself.”

Latics will most likely be without goalkeeper Gary Woods who is feeling the effects of a groin strain.

Tomas Egert played his first bit of football in the behind closed doors fixture with Burnley on Tuesday and Marvin Kokos is back in training.

The Robins come into the fixture in fine form on a five-game unbeaten run which includes four wins.

They are the top scorers in the division and are just one point off top spot.

Josh Debayo, Chris Hussey and Reuben Reid will be unavailable due to injury with William Boyle and Rohan Ince doubts.

Last time the sides met they played out a 0-0 draw at Cheltenham on a sunny day in April.

However, the meeting at Boundary Park was a 2-0 victory for Latics with goals Jonathan Benteke and Callum Lang.

Please note that the Fans Bar (O2 Suite) will be serving hot food for supporters tomorrow.

On the menu is pie, peas and gravy which is priced at £5 from 12:30pm, on a first come, first served basis courtesy of Hot Plate Catering Oldham.

Oldham Athletic are priced at 7/5 to beat Cheltenham Town tomorrow. 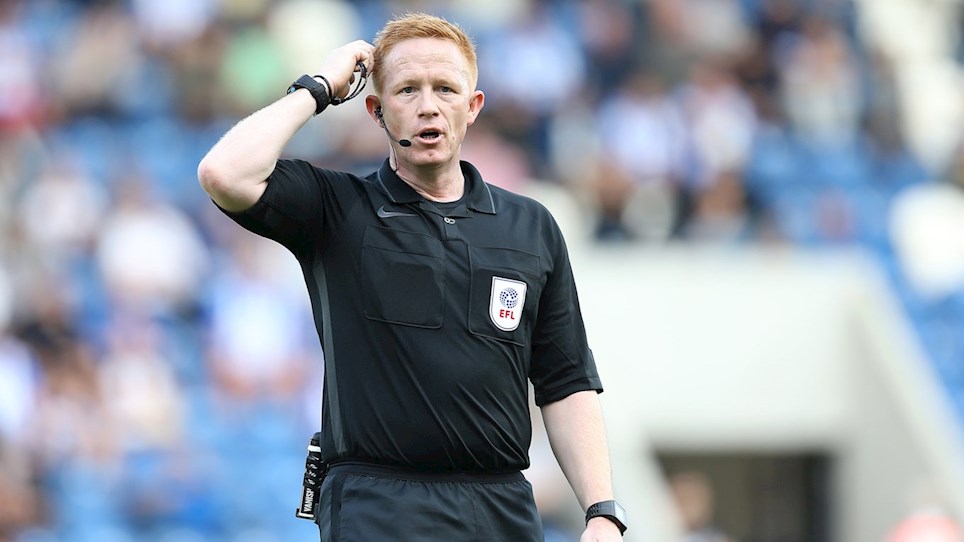 
Alan Young will be the man in charge when Oldham Athletic take on Cheltenham Town on Saturday at Boundary Park (3pm).

Oldham Athletic picked up a point against Cheltenham Town as Filipe Morais gave Latics the lead early in the first-half, but Ryan Broom found an equaliser late on at Boundary Park.

Latics had the first opportunity of the game in the 5th minute when a low cross into the box from Christopher Missilou couldn’t find any of the Latics attackers however it did fall to Morais on the edge of the box after a clearance, but he couldn’t keep his effort down.

Moments later, the visitors should have been ahead after Broom forced a good save from Zeus De La Paz and the rebound fell to Alex Addai, but he lost his footing and somehow couldn’t get any connection on the ball with an open goal in front of him.

Dino Maamria’s side did take the lead in 9th minute as Jonny Smith produced a great pass to put Morais clean through on goal and he calmly slotted past Scott Flinders and into the back of the net.

After the restart, Desire Segbe Azankpo nearly doubled his sides’ lead when he capitalised on a loose ball and raced towards goal before unleashing a strike which was comfortably saved by Flinders.

Again, Azankpo came close to finding Oldham’s second as he was slotted in by Mohamed Maouche, but the striker was denied by the Cheltenham goalkeeper.

From the resulting corner, David Wheater’s header back into the box caused a goal-mouth scramble but somehow the ball didn’t cross the line and then the danger was cleared by a Cheltenham defender.

The Robins came close to equalising when Conor Thomas was free inside the Latics penalty area, but his effort was cleared off the line by Wheater.

Michael Duff’s side continued to apply pressure and were nearly rewarded as Ben Tozer found room on the edge of the box and had a strike on goal, but it was marginally wide of the post.

Cheltenham did find pull themselves level in the 71st minute as a cross into the box found Broom and he smashed past De Le Paz to get his side back into the game.

Latics should have retaken the lead when Maouche delivered a cross into the box from a free-kick out wide and it was met by the head of Tom Hamer just yards away from the Cheltenham goal, but he couldn’t direct his header on target.

The Robins thought they had snatched a late winner as Jonte Smith had a free header inside the six-yard box, but he headed over the bar.


Alan Young will be the man in charge when Oldham Athletic take on Cheltenham Town on Saturday at Boundary Park (3pm).