Oldham Athletic are back in action tomorrow as they take on Morecambe Boundary Park in a Sky Bet League Two fixture (3pm).

In midweek, Latics picked up a point at Sands Venue Stadium in a 2-2 draw with Scunthorpe United.

Christopher Missilou gave Latics the lead, and Johan Branger-Engone, but late goals from Matty Lund and Kevin van Veen snatched a point for the hosts.

Laurent Banide was replaced by Dino Maamria yesterday and he will take charge of the team for tomorrow's game.

Maamria is excited to get going at the football club.

"I'm delighted to be at this football club, privilege and proud and I must deliver now." He said.

"We need to get the club back to the glory days and I think the first thing to do is to get everybody together, we can't do this without the town behind us and I think that's my biggest challenge.

"But to produce that I need to produce winning football and results."

Urko Vera is unavailable for selection due to injury, but the rest of the squad are fit.

Tomas Egert is now fit for selection if chosen.

During the week, Morecambe lost 1-0 at Globe Arena against Walsall, Stuart Sinclair's early goal proved to be the winning goal and leaves Morecambe 22nd in Sky Bet League Two.

The last time Oldham played the Shrimps was on 19th February 2019 in Sky Bet League Two at Boundary Park, where Latics were beaten 2-1 as Aaron Collins scored a late winner.

Oldham Athletic are priced at 17/20 to beat Morecambe. 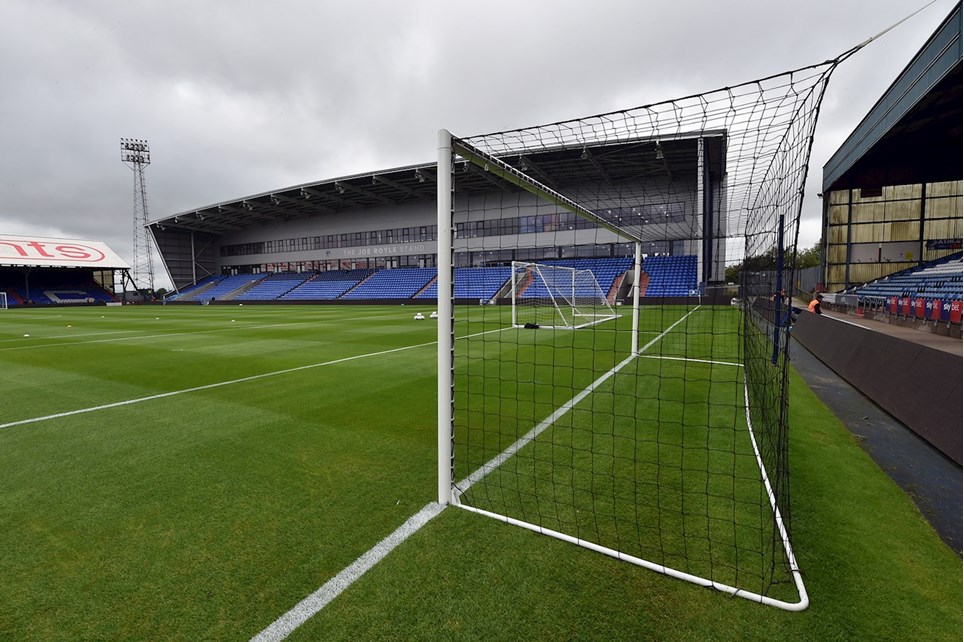 
Leigh Doughty will be the man in charge when Oldham Athletic take on Morecambe on Saturday at Boundary Park (3pm).

Oldham started the game bright with Zak Mills having an early effort on goal. It was great play on the right-wing by Filipe Morais that led to Johan Branger-Engone producing a backheel to Mills and from a tight angle he hit it straight at Barry Roche.

Moments later, Morais raced down the right-wing before crossing onto the head of Christopher Missilou, but he couldn’t keep his header down.

At the other end, John O’Sullivan was gifted a free header inside the penalty area from a corner, but he couldn’t place his attempt on target.

Mills drove at the visitors’ defence and slotted Maouche past the defence and his strike was saved by the goalkeeper.

In the 33rd minute Latics took the lead through, Branger-Engone found Mills on the right with a free-kick and the right-back delivered into the box and it was met by Maouche and his header found the back of the net.

After the restart, Latics doubled their lead when Mills produced a pinpoint cross which landed at the feet of Azankpo and he kept composed to place it into the top corner.

Shortly after, Mohamad Sylla broke up their attack and Maouche switched play to Morais and he ran at their defence before his effort went just wide of the goal.

Aaron Wildig tried his luck from outside the box for the Shrimps, but it was comfortably caught by Zeus de la Paz.

Maouche nearly got his second of the game in the 66th minute as he dribbled past a Morecambe defender before unleashing his strike, but Roche just about kept it out.

With 77 minutes on the clock, Morecambe pulled a goal back after A-Jay Leitch-Smith played a low cross across the box and it found Shaun Miller who tapped it.

Latics nearly responded straight away, but Branger-Engone’s strike from at the edge of the box went just wide of the target.

Jonny Smith sealed all three points for Oldham in the 89th minute as he was played through on goal by Branger-Engone and the winger smashed it past Roche into the bottom corner.


Leigh Doughty will be the man in charge when Oldham Athletic take on Morecambe on Saturday at Boundary Park (3pm).