Oldham Athletic are back in action tomorrow as they take on Plymouth Argyle at Home Park in a Sky Bet League Two fixture (3pm).

Last weekend, Latics suffered a 1-0 defeat at home to Colchester United, Franke Nouble’s goal just before half-time was enough to pick up all three points.

Head Coach Laurent Banide was frustrated with the game against Colchester but claims his side are improving over time.

“We were frustrated after the game against Colchester United. We played better and we need to push a level and continue." He said.

Full-back Ashley Smith-Brown is unavailable for selection for Latics as his parent club is Plymouth Argyle and centre-back Tomas Egert is still a few weeks away from full match sharpness, whilst forward Marvin Kokos remains sidelined with an injury.

Banide also confirmed Chris Eagles will be assessed ahead of the game.

Plymouth were beaten 3-1 at the weekend against Northampton Town which meant that Argyle slipped down to 6th in Sky Bet League Two.

In midweek, Ryan Lowe’s side beat Bristol Rovers in the Leasing.com Trophy, the game finished 1-1 at Home Park but Plymouth won 5-4 on penalties.

The last time Latics played Plymouth was on 27th January 2018 in Sky Bet League One at Boundary Park. The Pilgrims won the game 2-1.

Oldham Athletic are priced at 18/5 to beat Plymouth Argyle. 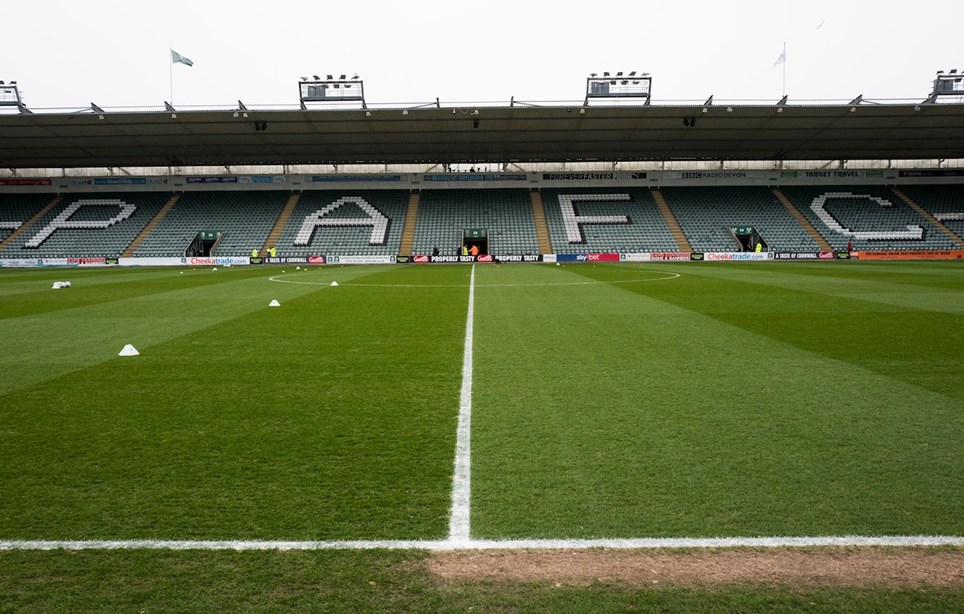 
Will Finnie will be the man in charge when Oldham Athletic take on Plymouth Argyle on Saturday at Home Park (3pm).

Goals from Johan Branger-Engone and David Wheater in each half ensured Latics claimed a point from the trip to Devon.

Latics made two forced changes to the starting eleven that lost last week, with Smith-Brown not being eligible to play against his parent club, Eagles didn’t make the journey due to a late injury in the week.

New signing Filipe Morais came straight into the team in the centre of midfield to make his second debut for the club, whilst former player Jose Baxter made his first league start for Argyle.

It was Oldham who started encouragingly with a number of attacks created, the most notable in the early stages being Scott Wilson’s header which was directed into the ground and as a result forced a save from Alex Palmer in the hosts goal who tipped it over his crossbar.

Plymouth responded immediately in the 9th minute. Striker Ryan Taylor shooting across goal, his effort going wide, after Danny Mayor controlled the ball to start the attack after Gary Woods failed to get any distance on his goal kick.

Ryan Lowe’s side kept coming forward but the respite came when on the 25th minute, Filipe Morais’ looping header was cleared off the line by Niall Canavan, after Wilson did well to cross the ball in after receiving it on the halfway line and drifting out wide.

Two minutes later and Latics were one up through Johan Branger-Engone. Again Wilson was involved as he flicked the ball into the winger’s path, shifting the ball past his man he unleashed a strong effort across goal that nestled into the bottom right corner.

Unfortunately, the Pilgrims responded straight away again and found their equaliser on the half-hour mark.

Scott Wootton heading it in over the line after Josh Grant was found at the back post unmarked by Baxter’s corner, nodding it back into the danger zone with Wheater and Woods unable to prevent the goal.

An entertaining end-to-end opening half came to a close with Argyle on top, Mayor causing problems and creating half chances from scratch.

Laurent Banide’s men came back out under extreme pressure with the home side controlling possession.

At a sunny Home Park, Latics first chance of the second period came when Maouche put a low cross in on the hour mark, with Wilson failing to control the ball in the area.

Minutes later and Branger’s effort from a tight angle found the side netting after substitute Azankpo did well to break free and find space to start the attack.

Plymouth responded in their usual fashion creating a chance on 66-minutes when Mayor ran into the box. His shot was saved by Woods, who already on the floor, stopped the follow-up by Cooper as well.

The team in tangerine had a spell of their own possession when Azankpo once again found space before delivering a delightful ball into the box that wasn’t met by the on-rushing Missilou.

On the 74th minute Plymouth took the lead after Oldham squandered a chance seconds earlier through Maouche.

McFadzean, breaking free on the wing, cut the ball back to Byron Moore who duly slid it into the net to send the Green Army wild.

Latics’ reaction was similar to the Lowe’s side in the first-half, equalising only two minutes later.

A corner from Branger on the left was floated in, with David Wheater nodding it in just like he did at Cambridge a few weeks earlier.

As both sides continued to trade blows to claim the three points in a tense contest, it was the Pilgrims who finished the stronger again.

Gary Woods was called into usual action to save the day in the closing stages. Making himself big he prevented the chance from only a few yards away to keep the scores level and ensure both teams shared the spoils.


Will Finnie will be the man in charge when Oldham Athletic take on Plymouth Argyle on Saturday at Home Park (3pm).

Pay on the day will be available for Oldham Athletic’s trip to Plymouth Argyle tomorrow.

There will be a £2 increase on the day and Latics fans will be situated in the Barn Park Stand. 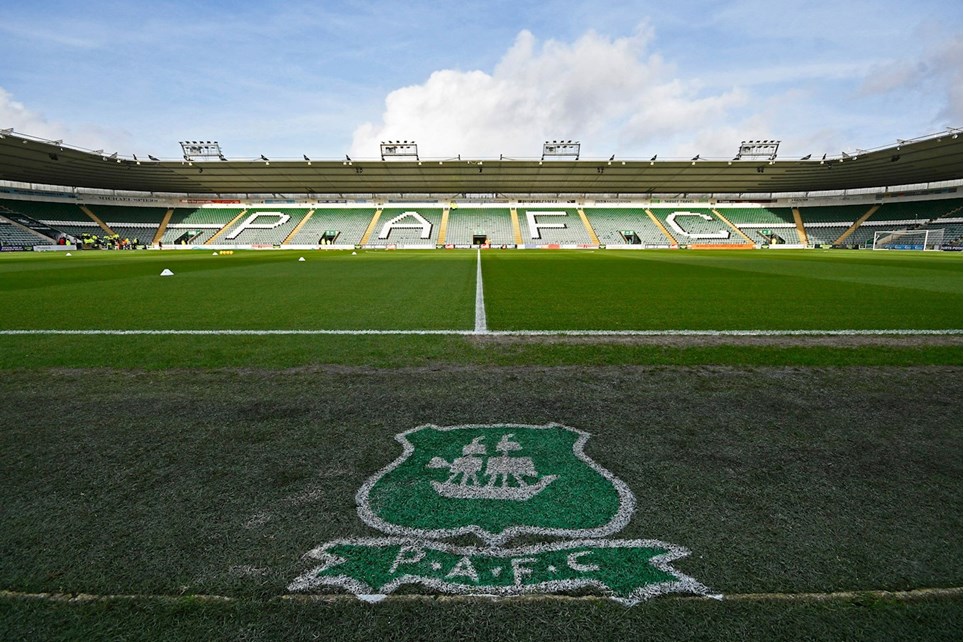 
A reminder that tickets for Oldham Athletic’s trip to Plymouth Argyle are still on general sale. 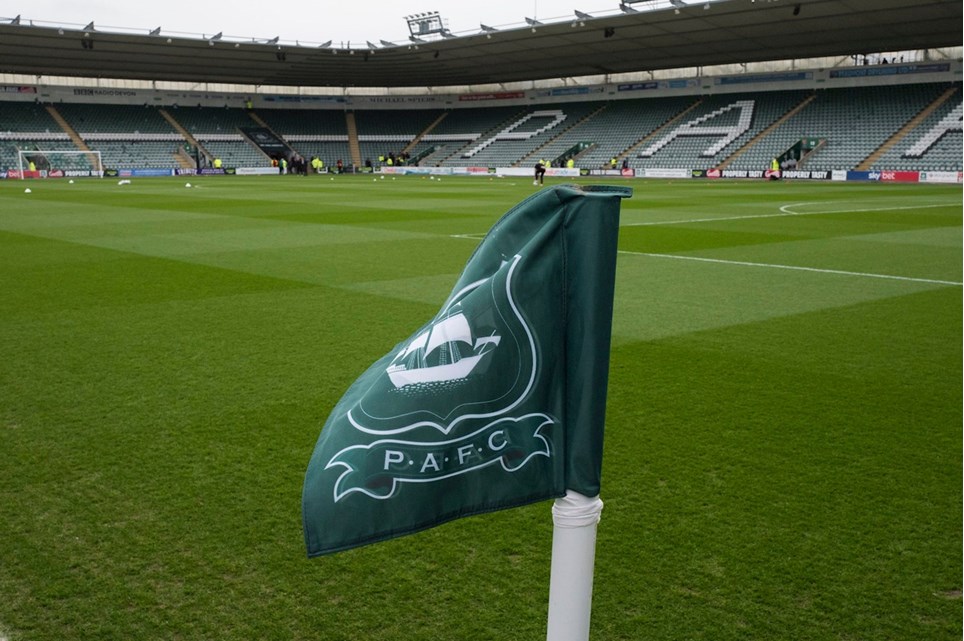 
A reminder that tickets for Oldham Athletic’s trip to Plymouth Argyle are still on general sale.


Tickets for Oldham Athletic’s trip to Plymouth Argyle are now on general sale.