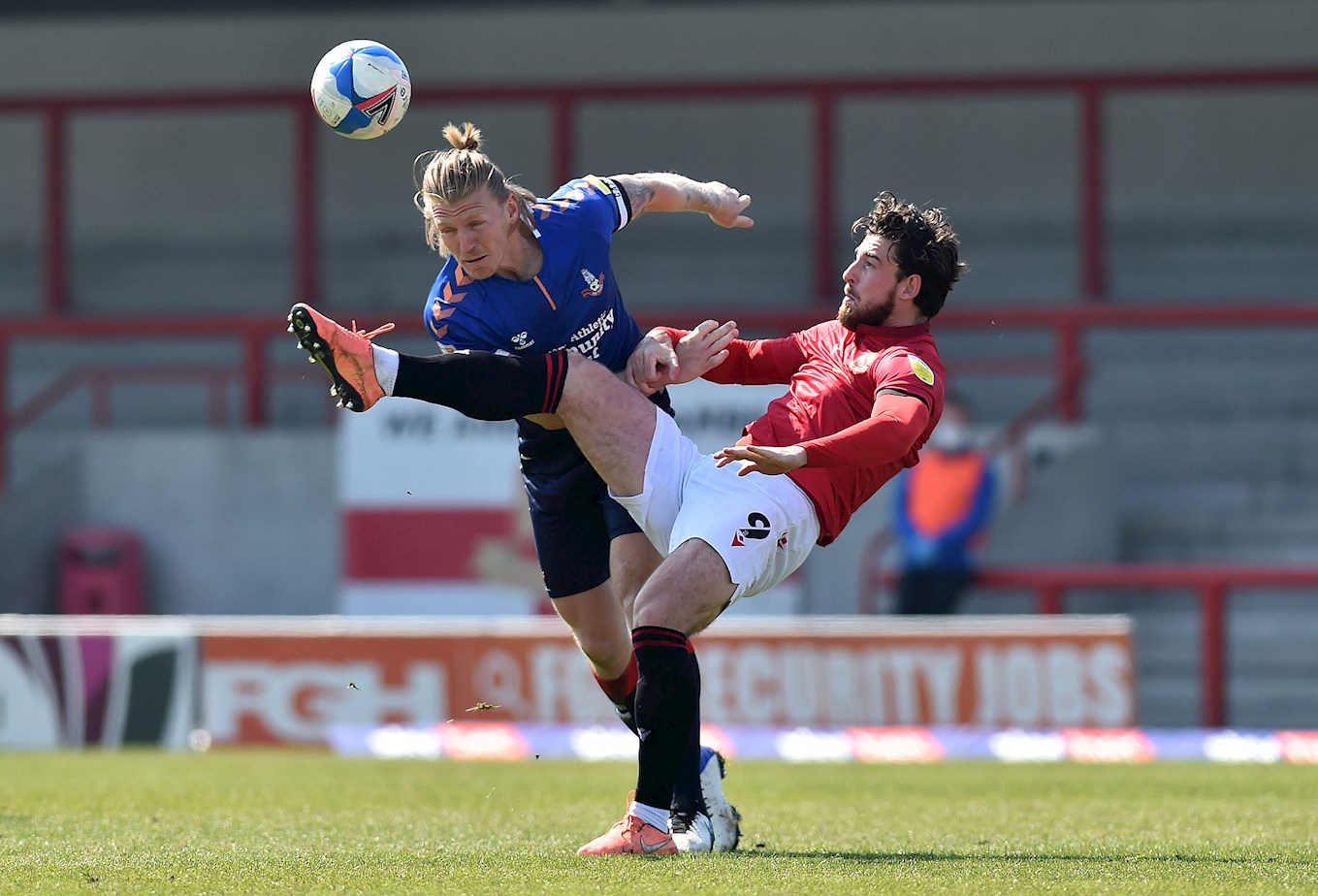 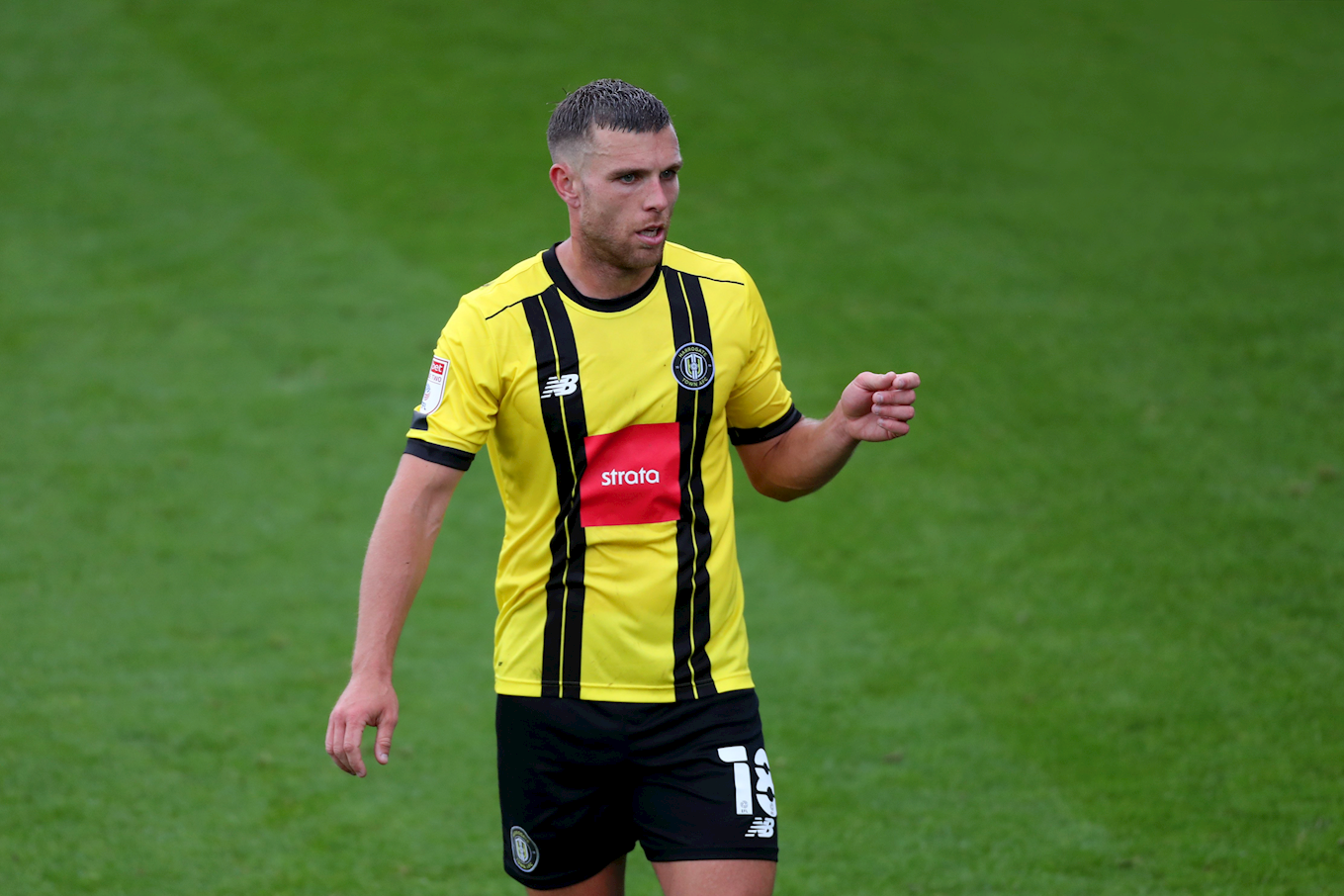 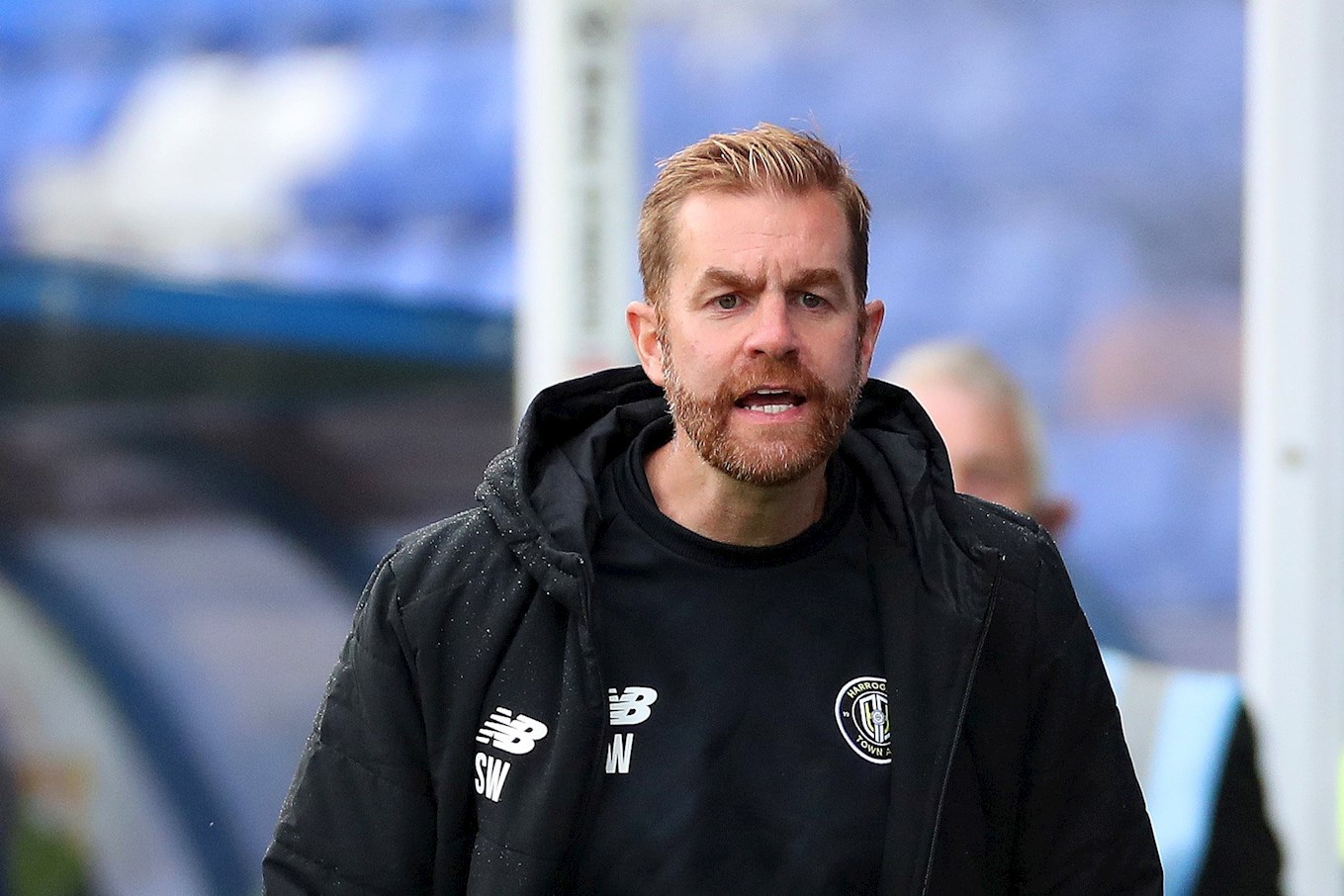 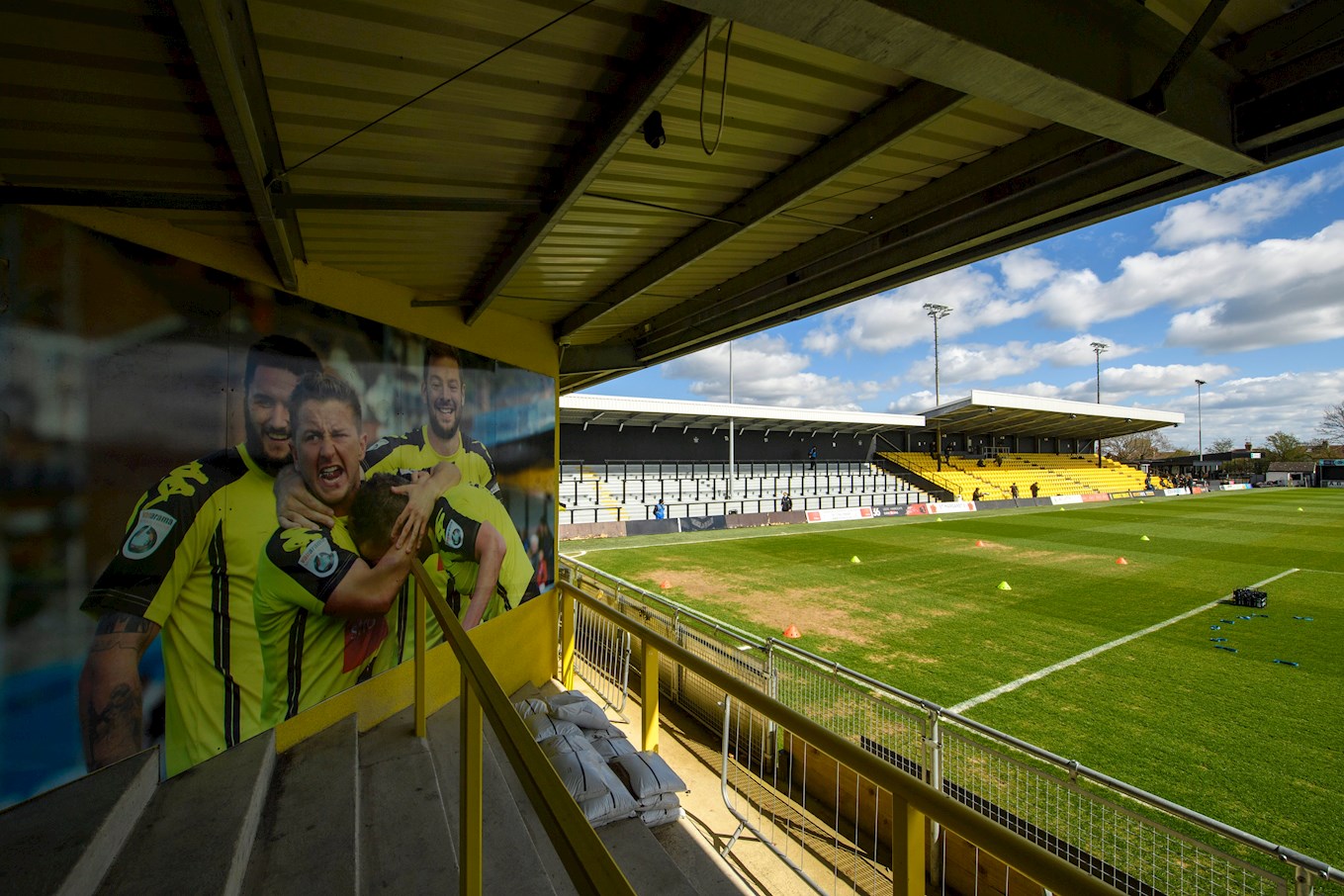 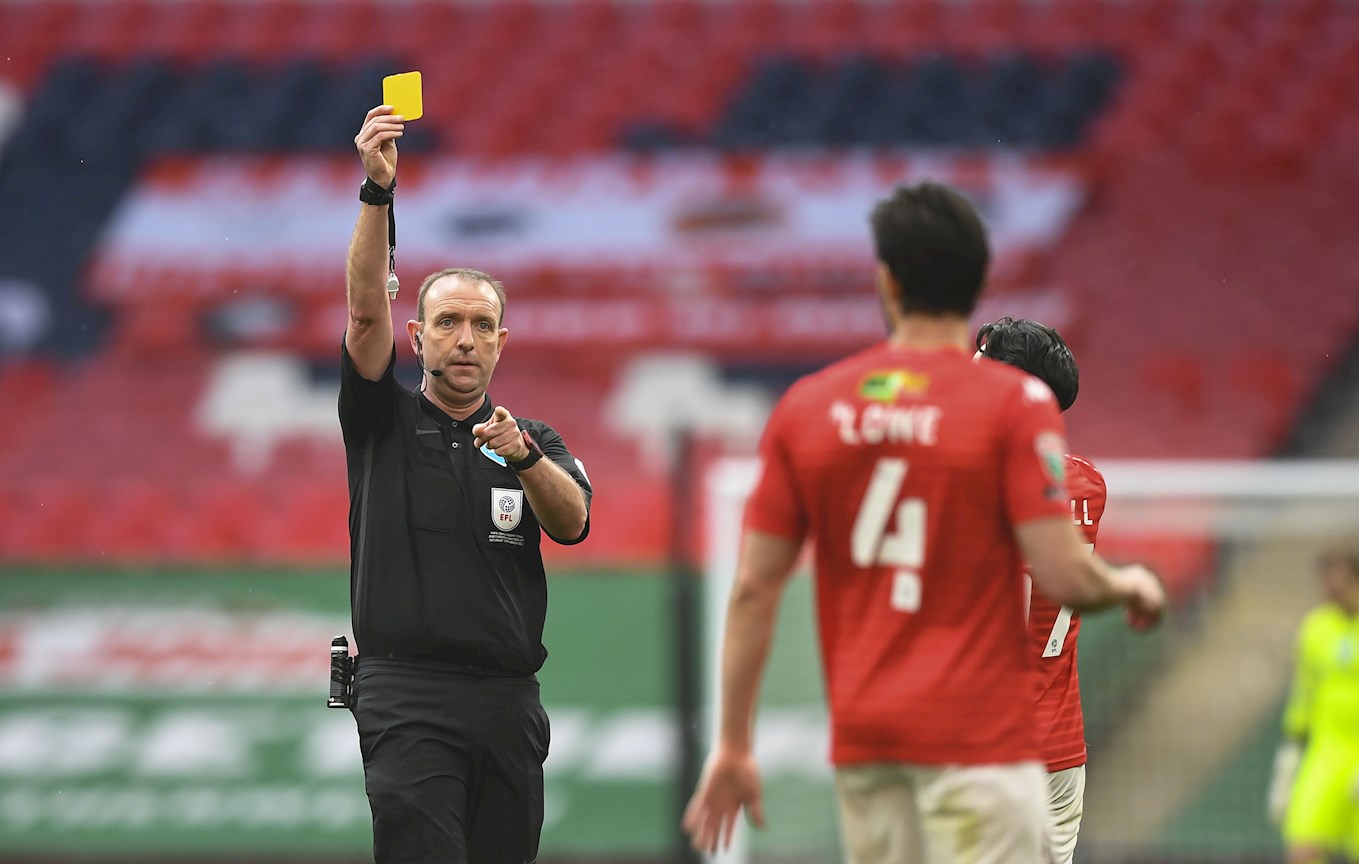 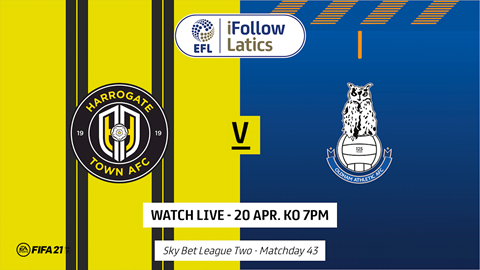 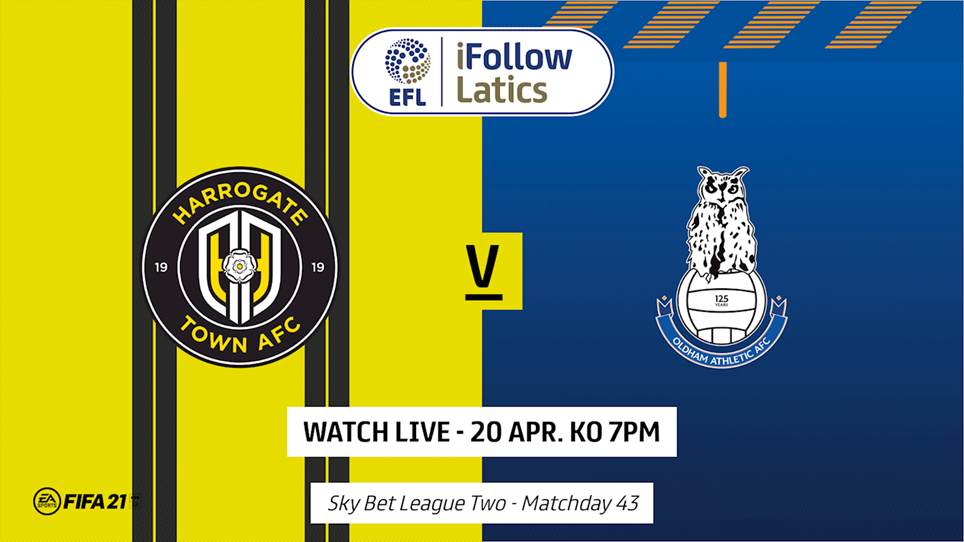 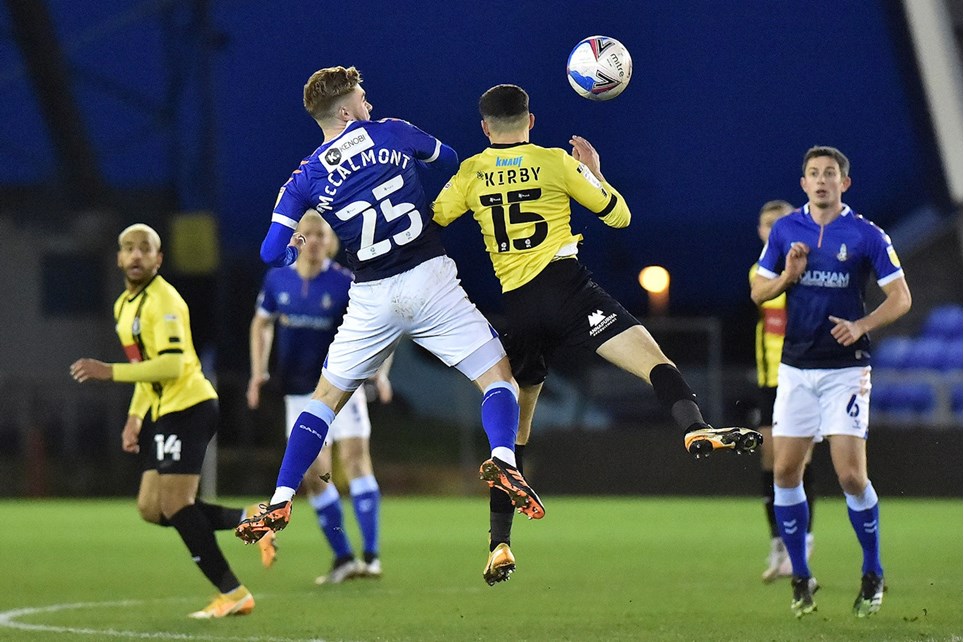 Latics earned an inspiring victory on their first-ever visit to the EnviroVent Stadium.

Following a frustrating defeat away at Morecambe over the weekend, Keith Curle named one change to the team with the experienced Nicky Adams returning to the starting XI replacing Dylan Fage.

Inside the first ten minutes, Latics managed to take the lead through Alfie McCalmont on his return to Yorkshire. Adams’ corner was cleared to the midfielder on the edge of the box and he produced impressive technique to smash the ball off the crossbar and into the net, very similar to his incredible goal against Exeter City.

Harrogate Town began to dominate for a period of the first-half but failed to create any clear cut chances for themselves. The most noteworthy moment occurred when Mitchell Roberts raced down the left-wing before drilling an inviting low cross into the box, however, Carl Piergianni bravely led by example to clear the ball inside the six-yard box.

The exciting Dylan Bahamboula continued to showcase his ability with the ball as he beat a defender on the edge of the area before seeing his effort deflected behind for a corner. From the resulting corner, Cameron Borthwick-Jackson was given a free header from the six-yard box, but Joe Cracknell somehow managed to keep him out.

Goalscorer nearly turned provided just before the interval as McCalmont demonstrated his vision to slot Bahamboula in towards the right-hand side of the box, however, the attacker’s side-footed effort hit the side-netting.

Just before half-time, the visitors nearly doubled their advantage as Conor McAleny struck a volley sweetly inside the area, but it went straight at the goalkeeper.

However, a minute into the second-half and Oldham extended their lead when Harry Clarke, operating a right-wing back this evening, sprinted down his flank before his powerful strike was parried by Cracknell into the path of Bahamboula and the Congo international kept his composure to dribble around the goalkeeper and smash into an empty net.

Curle brought George Blackwood off the bench in the 73rd minute and a few minutes later he repaid the gaffer’s faith as he made it three. The Australian chased down the goalkeeper and blocked his clearance which rolled into the back of the net as his hard work paid off for his third goal of the season.

The boys in blue should’ve had another through another Curle substitute Marcus Barnes as he found himself clean through on goal, however, the former Southampton man slotted his effort wide of the target.

Blackwood nearly doubled his tally for the night in added time as he received the ball on the edge of the area by Youth Team scholar Harry Vaughan before dribbling forwards, but his low strike was saved by Cracknell.

The hosts looked to pull a goal back, however, the Latics backline held strong to secure the three points and a much-needed clean sheet. 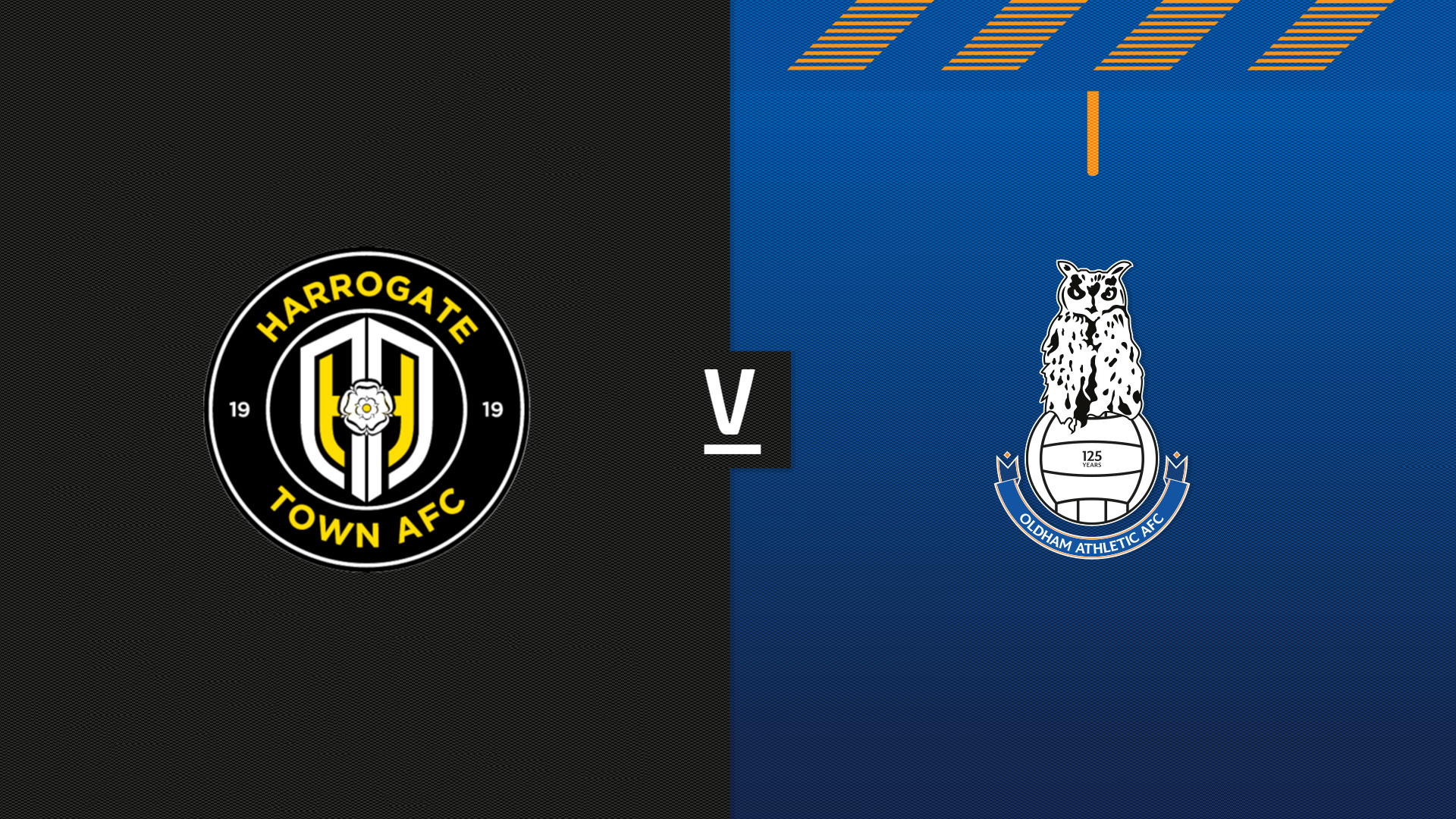 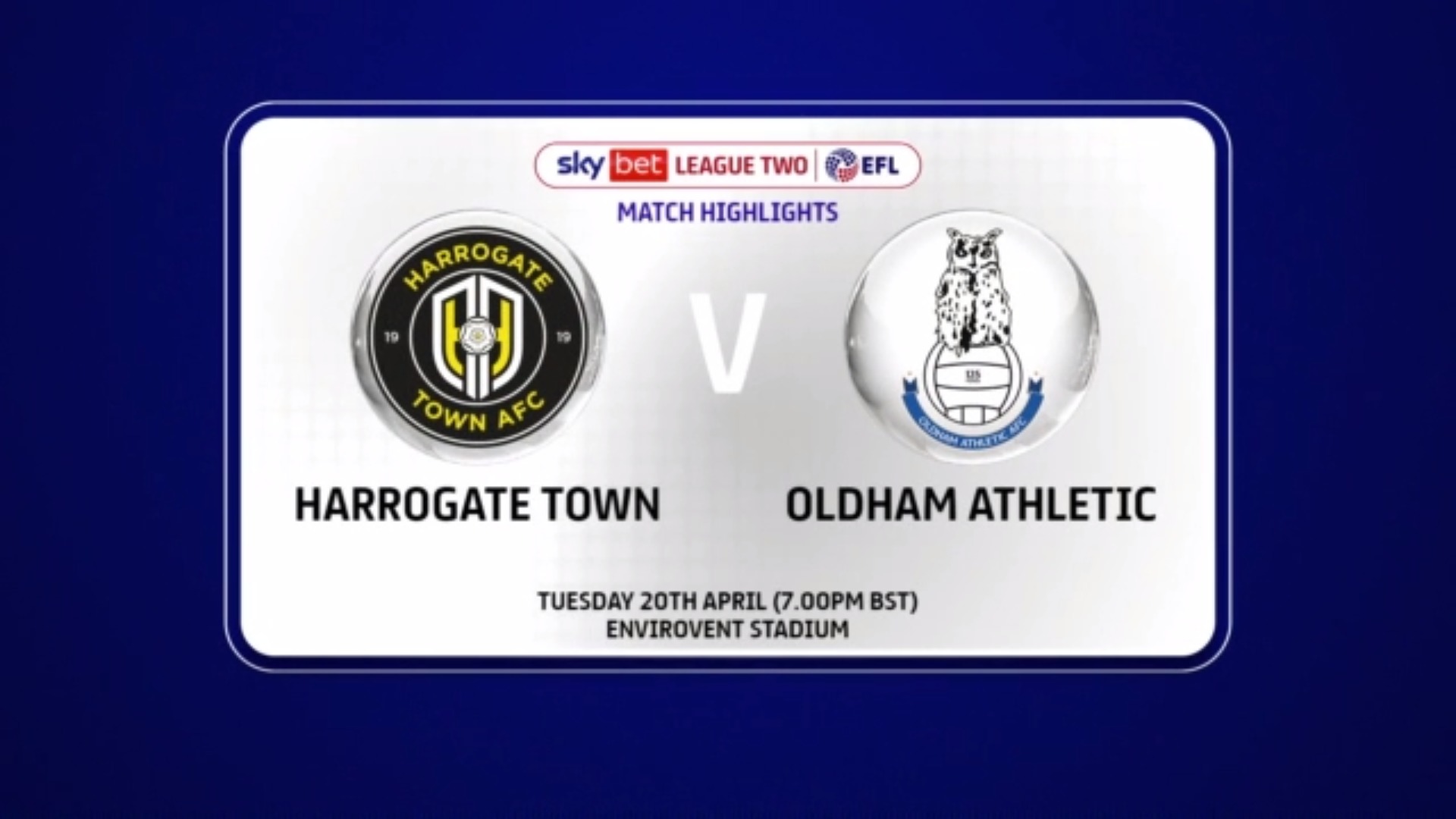 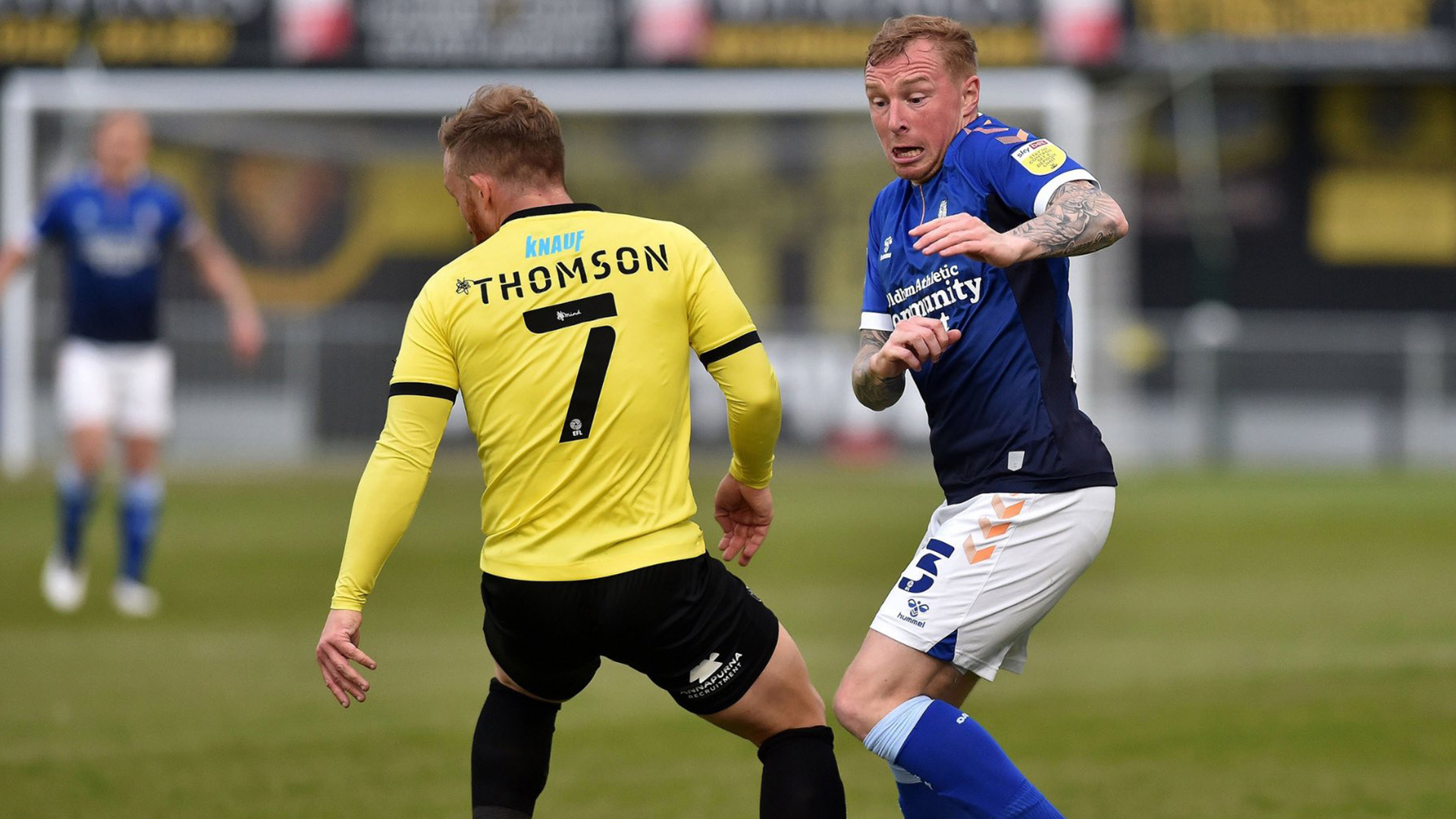