Latics continue what has been a promising Papa John’s Trophy campaign as they now welcome Sunderland to Boundary Park in the first knockout stage.

Last time out, Oldham returned to winning ways with an impressive 2-1 win away at Cambridge United with Conor McAleny and Alfie McCalmont on the score sheet. 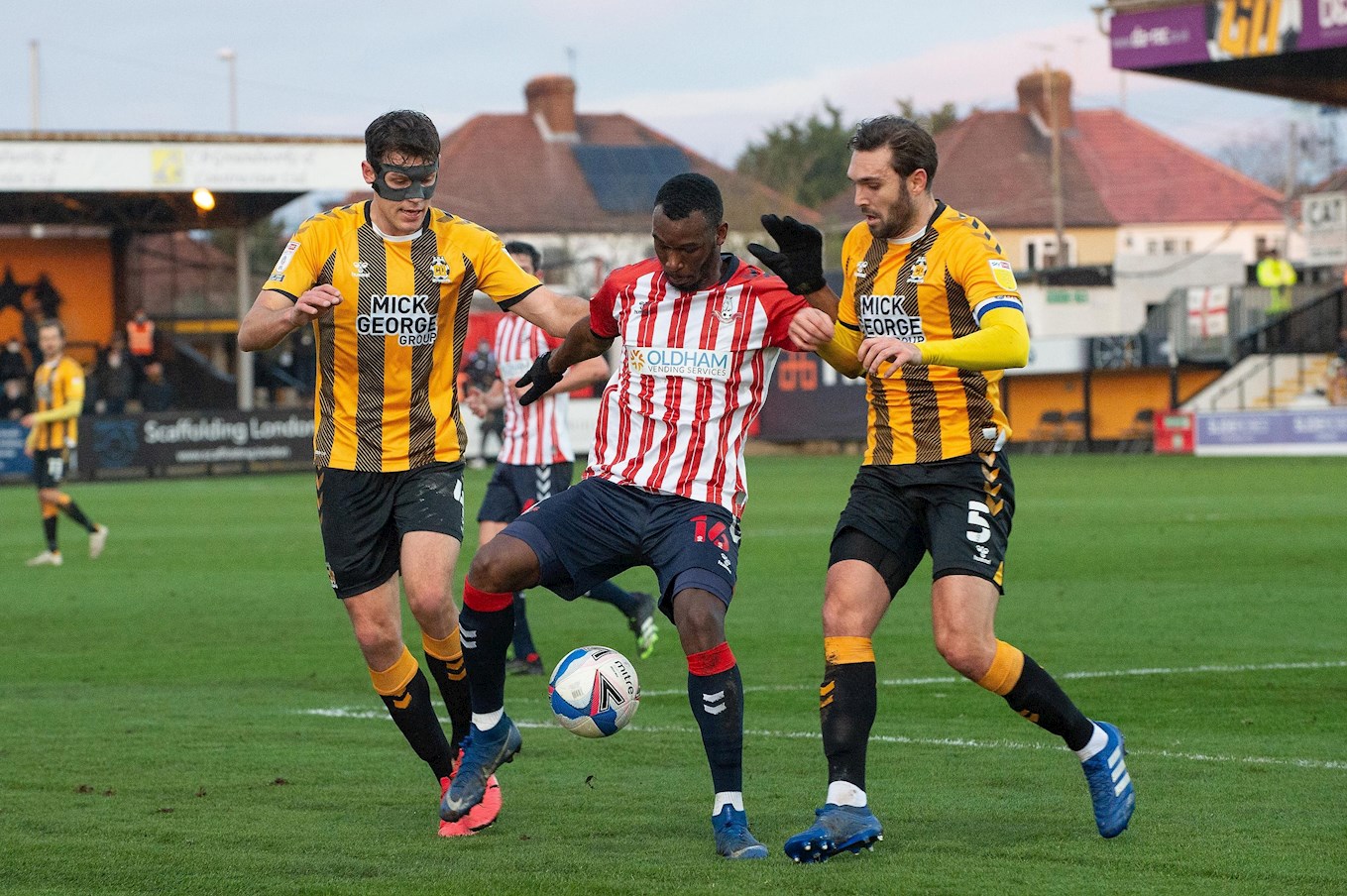 Sunderland are currently enduring a poor run of form that has seen them drop out of the play-off spots in Sky Bet League One and move into ninth.

They have gone seven in a row without winning in all competitions, five of which came in the third flight of English football.

Last time out, Sunderland fell to a 1-0 defeat to relegation strugglers Wigan Athletic which gave them their first win after 13 failed attempts.

The last meeting was back in March 1996 with Sunderland coming on top with a 1-0 win on Wearside.

Latics were last victorious against Sunderland was way back on the 5th of May 1990.

In terms of selection, Head Coach Harry Kewell has Harry Clarke missing due to him being cup-tied in this competition after playing for Arsenal U21 in the group stage.

Zak Dearnley and George Blackwood are close to a return.

Whilst Andrea Badan and Kyle Jameson are still recovering from hamstring injuries.

Tonight's game will be played to a conclusion, with penalties to decide the winner if needed after 90 minutes.

Sunderland gained qualificaton for the knockout stages of the competition with a second place finish in their group containing Fleetwood Town, Carlisle United and Aston Villa Under 21s.

They demolished the young Villa side 8-1, beat Carlisle 5-3 before losing 2-1 to Joey Barton’s Fleetwood in the final group game.

On the other hand, Oldham come into the tie with a 100% record in the competition after beating Wolves Under 21s, Doncaster Rovers and Bradford City.

Charlie Wyke is Sunderland’s top scorer this season with eight goals in all competitions and is expected to a make a return to the Black Cats this evening after injury. 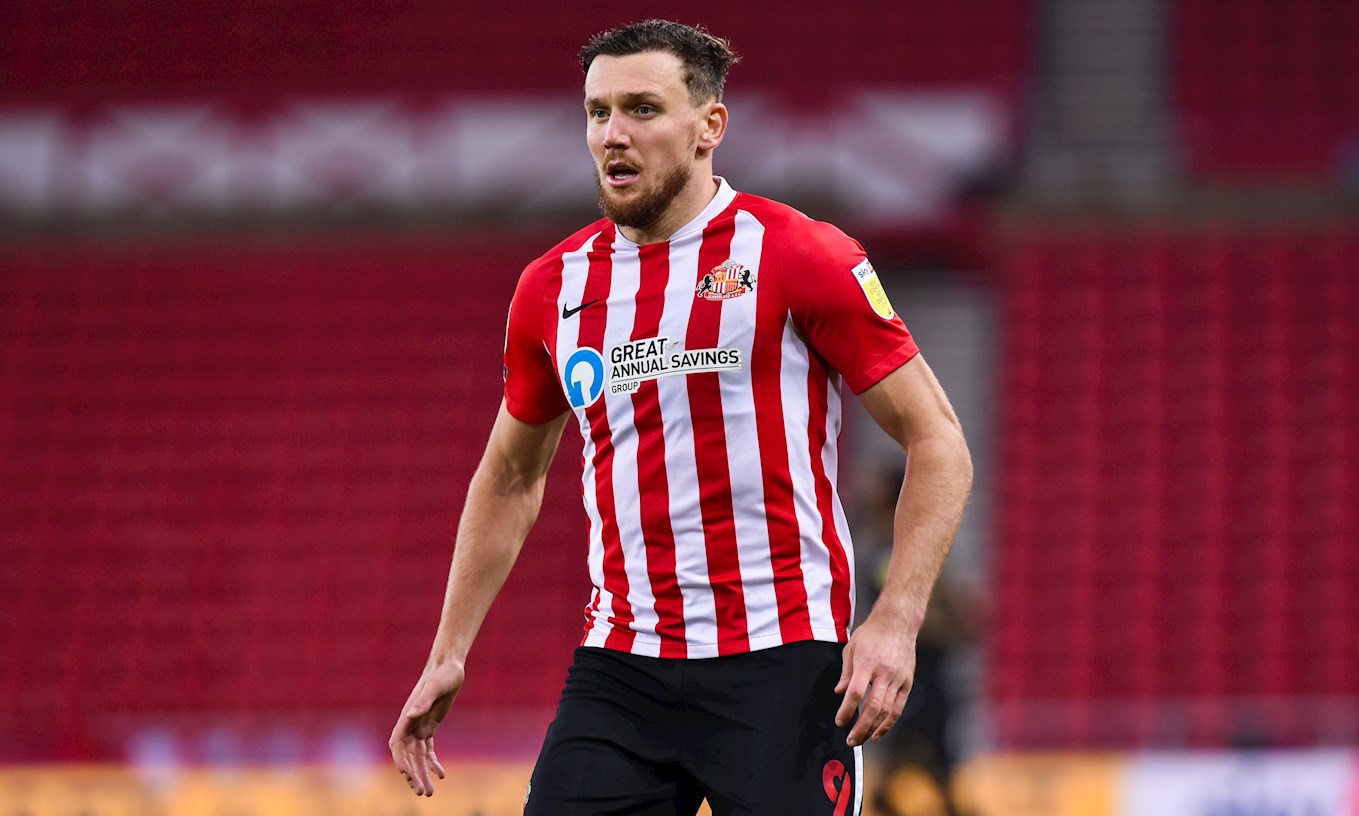 Wyke has enjoyed playing in the Papa Johns Trophy this season and boasts a record of three goals in two games in the competition.

The Teesside born forward began his career with his local club Middlesbrough but he struggled to make an impact at the Riverside and had loan spells with Kettering Town, Hartlepool United and AFC Wimbledon before departing on a permanent basis to join Carlisle United.

Whilst with the Cumbrians, Wyke boasted a good goalscoring record of 38 goals in 89 games and he kept up his good form at Bradford City.

He netted 23 times in 62 matches for the Bantams before leaving for the Stadium of Light in 2018.

The 28 year-old has 19 goals to his name from 78 outings as a Sunderland player.

Familiar Face & In The Dugout 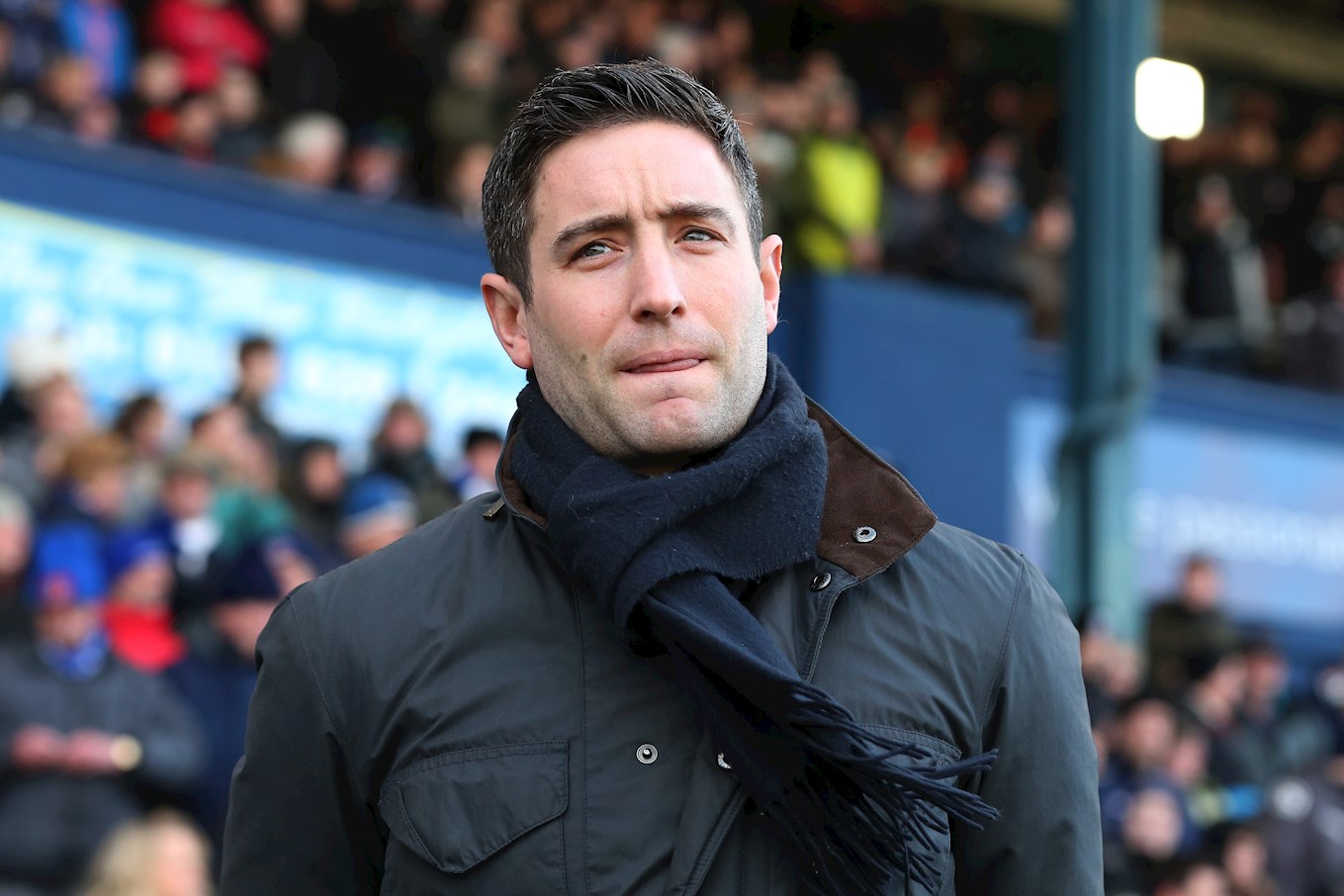 Lee Johnson began his management career at Boundary Park. He was appointed manager in March 2013 at the age of just 31, which made him the youngest boss in the Football League.

Johnson enjoyed a fairly successful spell with Latics before leaving for Barnsley in February 2015.

Similarly, he had success with Barnsley next and after leaving Oakwell, managed to help Bristol City consolidate themselves in the Championship.

The 39 year-old signed a two-and-a-half-year deal at the Stadium of Light at the weekend following the dismissal of former boss Phil Parkinson.

The man in charge for the game tonight is Samuel Barrott. 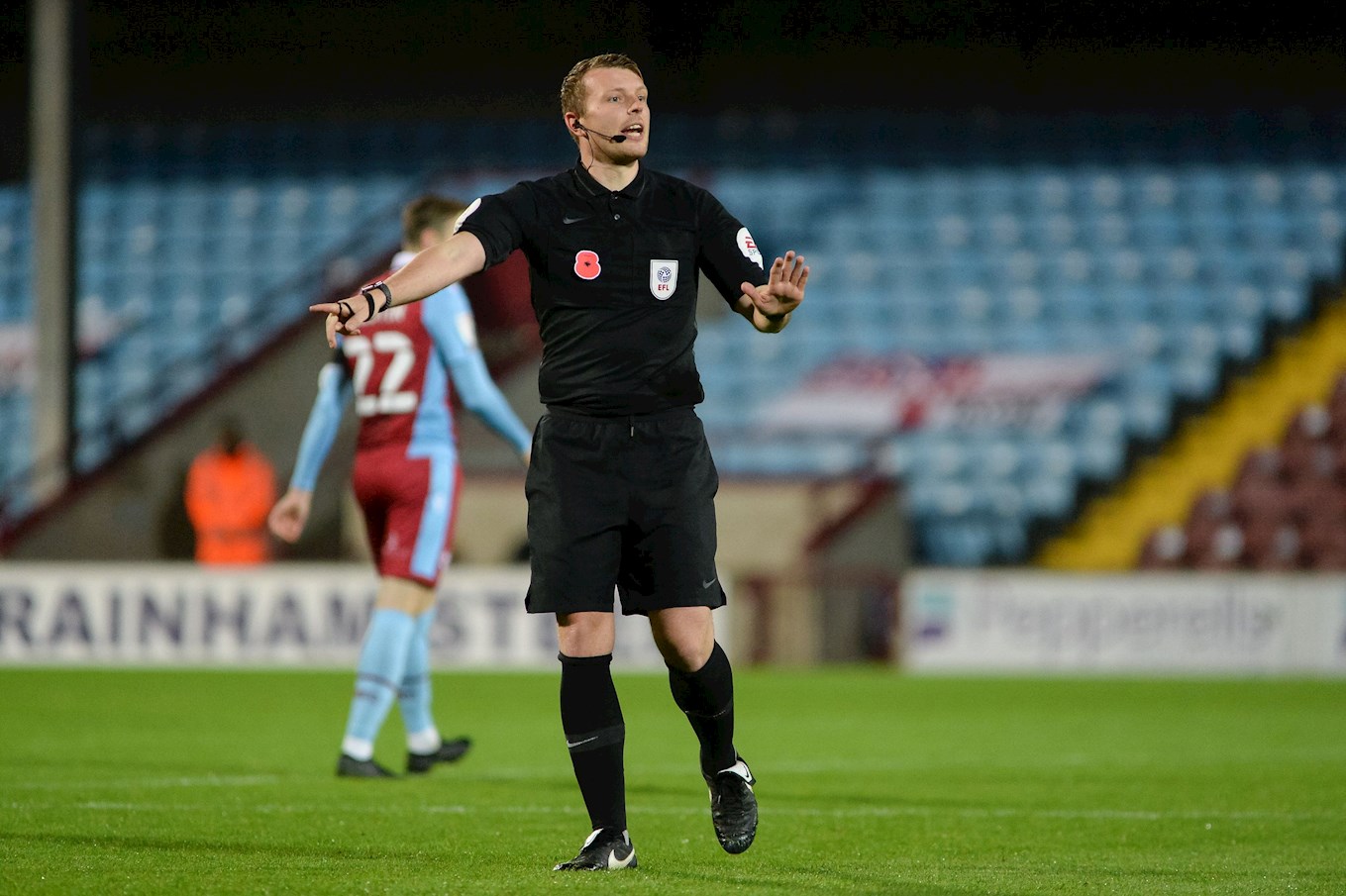 Officiating 12 games so far this season, he has handed out 27 yellow cards and a single red.

Promoted from the National League last campaign he is yet to referee a competitive fixture for either Oldham or Sunderland.

He will be assisted by Ravel Cheosiaua and Oliver Bickle, with Steven Copeland as the Fourth Official.

League One Sunderland have been made the odds-on favourites at 5/6 to get their first win in seven games and Latics are 13/5 to keep their 100% record and book their place in the next round. 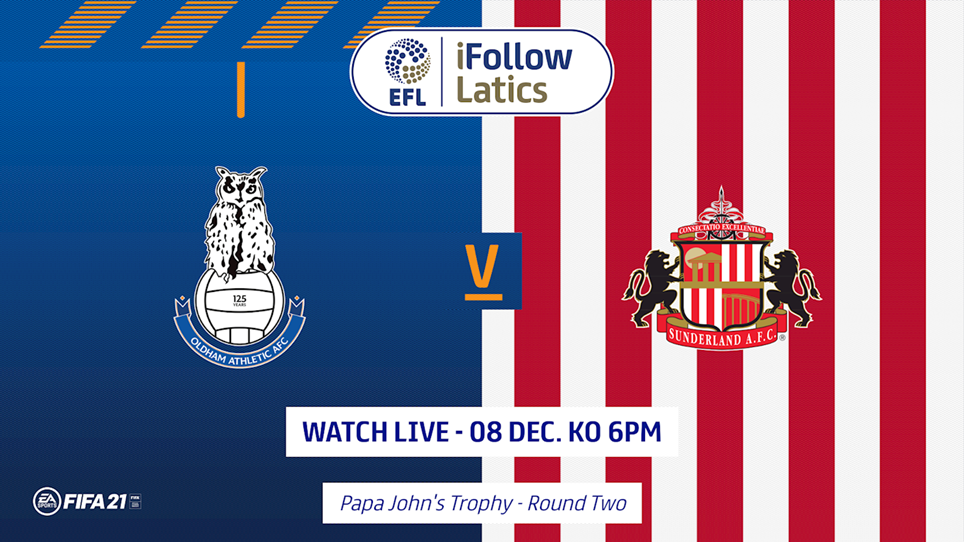 Oldham’s Papa John’s Trophy campaign came to an end as they lost 2-1 to Sunderland.

Bobby Grant had given Latics the lead in the game but the League One side came back to claim victory with Chris Maguire and Josh Scowen providing the goals.

Rowe had the first shot on goal of the game after he picked up a loose ball, he was forced to go out wide right and he did well to force Anthony Patterson into a smart save to keep the score level in the third minute.

The visitors had their first attack of the game with Conor McLaughlin doing well to overlap on the right-hand side and Ian Lawlor did well to get to the ball before Will Grigg from the low ball into the box.

Dylan Bahamboula did fantastically well to pick the ball up from deep and carry it into the Sunderland half before laying it off to Bobby Grant who shot low and hard past the Sunderland keeper to give Latics the lead. This goal is the club's 100th goal in the history of this competition.

The Black Cats had an immediate chance to restore parity, but Chris Maguire fired well over the bar after a good cross from Jack Diamond.

Lee Johnson’s side enjoyed a good spell of pressure and Bailey Wright should have done better with a header that was put straight at Lawlor and shortly after the Latics keeper was again forced into action shortly after, making a great save to deny a powerful volley from Maguire.

In the 24th minute, Rowe did well to win the ball back high up the pitch and then received the ball back and found Bahamboula who used trickery to engineer a shooting opportunity.

Sunderland’s pressure since going behind paid off on the half-hour mark with Maguire netting an equaliser. A ball came in from the right-hand side and Oldham failed to deal with it leaving the Sunderland winger with a simple finish at the back post.

It was Sunderland who controlled the majority of the rest of the first 45 but Latics did have a counter-attack in time added on with Grant capitalising on a mistake but he took one touch too many and a visiting defender made a good recovery tackle before Grant could slide the ball to Rowe.

Sunderland’s goalscorer Maguire had a chance from a dangerous looking free-kick but the Latics wall did its job to block his 55th minute effort.

The away side started the second half in a similar vein to the way they finished the first and Max Power did well to beat the offside trap but was unable to live up to his name and his cross was intercepted by Carl Piergianni.

Sunderland got the goal that their perseverance deserved in the 64th minute, with Josh Scowen flicking home a headed effort from an inviting ball into the Oldham box.

Latics’ first real sight of goal came in the 70th minute with a smart passing move gave Conor McAleny an opportunity to have a strike on goal but the attacker blazed his effort over the crossbar.

Sunderland-born Davis Keillor-Dunn had a great chance to level the scoring but Patterson did well to save his deflected effort, denying him a goal against his hometown club in the 82nd minute.

Latics did start to look more threatening towards the back end of the game but Sunderland held on comfortably to claim their name in the hat for the quarter-finals. 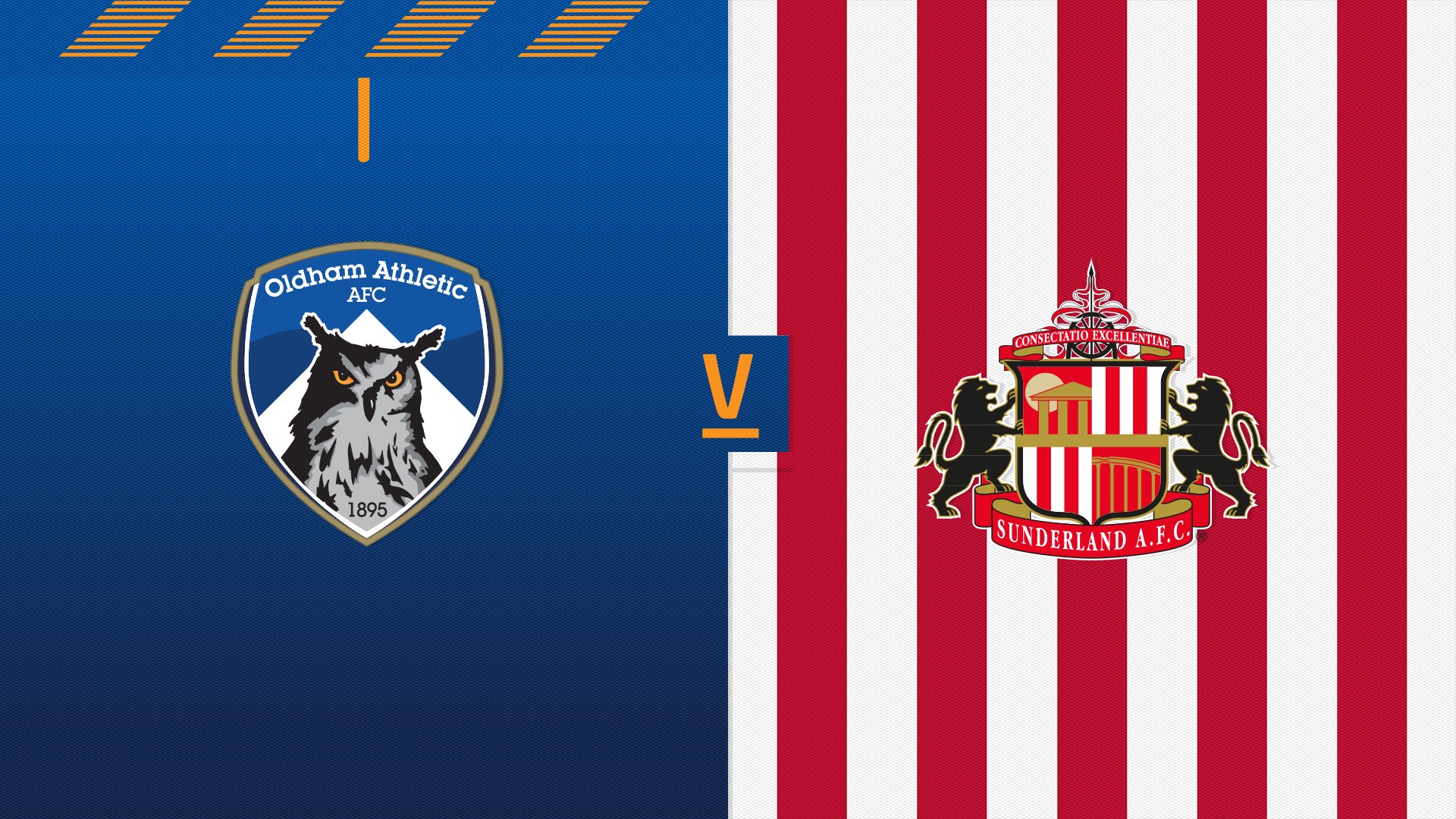 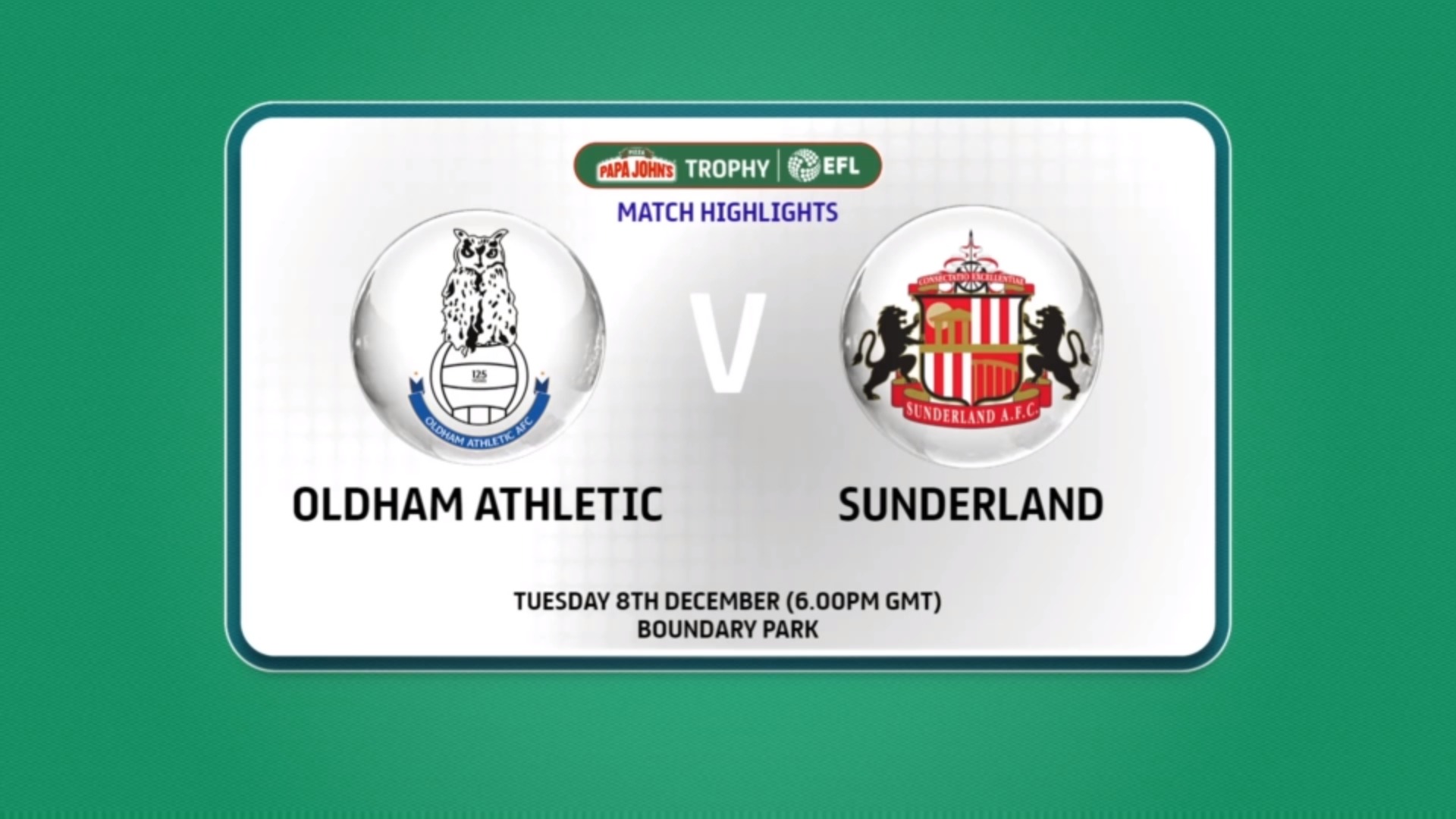 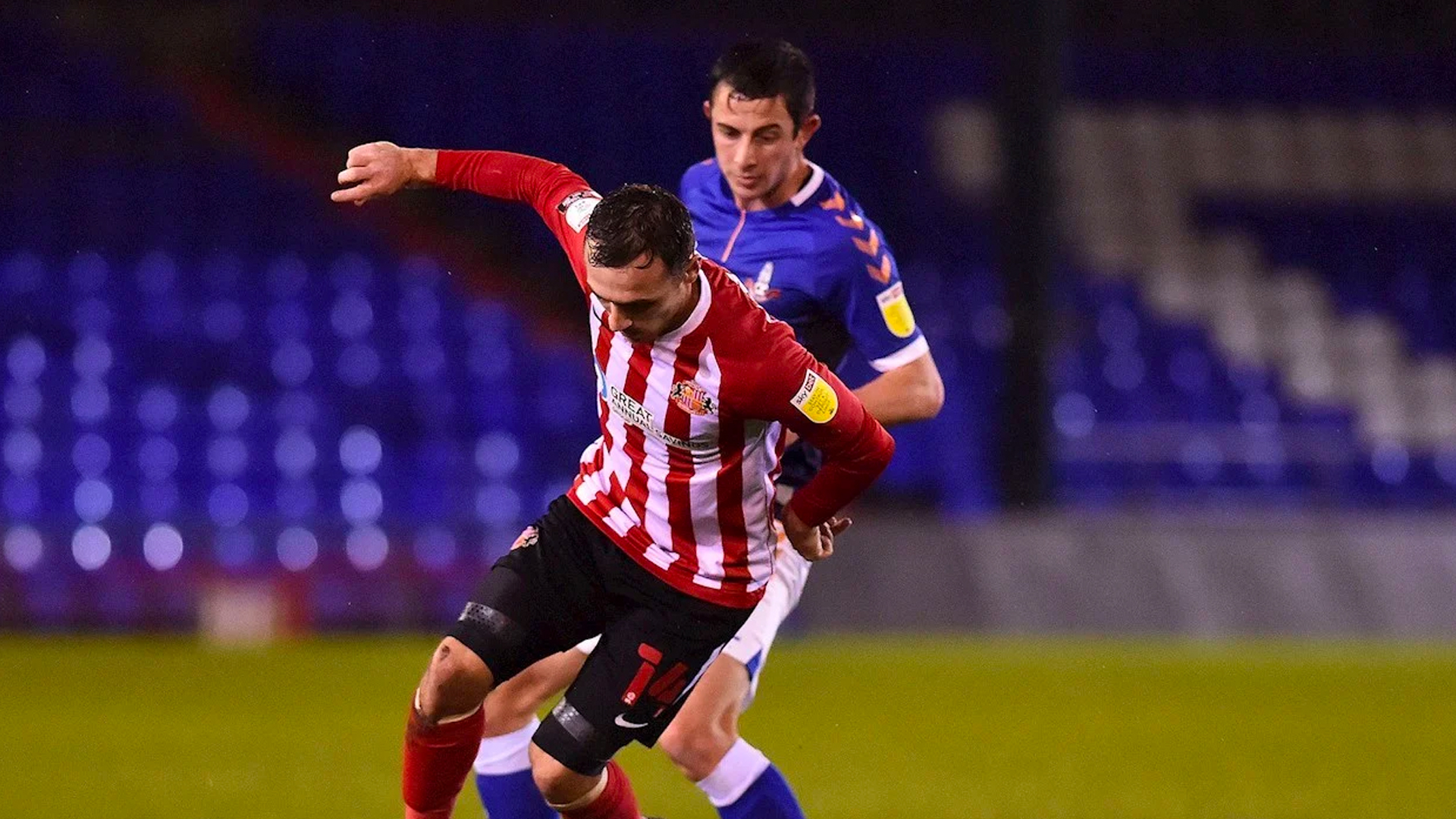