Last time out, Oldham lost 4-1 against Bournemouth in the third round of the Emirates FA Cup with Dylan Bahamboula scoring from the spot for Harry Kewell’s men.

Mansfield were also in FA Cup action at the weekend, they drew 1-1 with Cheltenham Town but ultimately lost out to the fellow league two side in extra-time.

However, in the league Town are in good form, winning their last three games. In addition to this, they have lost just one of their last eight league meetings.

The Stags are 16th in the table, one point and one place lower than Latics.

The last time the two clubs met was at Boundary Park in January 2020.

It is a game that will be fond in the memories of Latics fans as they watched their side cruise to a comfortable 3-1 win.

Jonny Smith opened the scoring in the 23rd minute and Tom Hamer doubled the advantage not long before the break.

Gevaro Nepomuceno completed Oldham’s scoring in the 58th minute. Oldham were denied a clean sheet in the third minute of time added on, with Otis Khan supplying the finish for the stags’ consolation goal.

In terms of selection, for the return to home since Boxing Day, Head Coach Harry Kewell is still waiting to see if Danny Rowe and Cameron Borthwick-Jackson are available to feature as they recover from recent injuries.

Defenders Andrea Badan and Kyle Jameson continue to be part of full training as they increase their fitness to become match ready.

George Blackwood is still a couple of weeks away after a setback in his recovery, whilst Bobby Grant serves the final game of his three-match suspension.

Forward Jordan Bowery has been Mansfield’s most deadly striker this season. 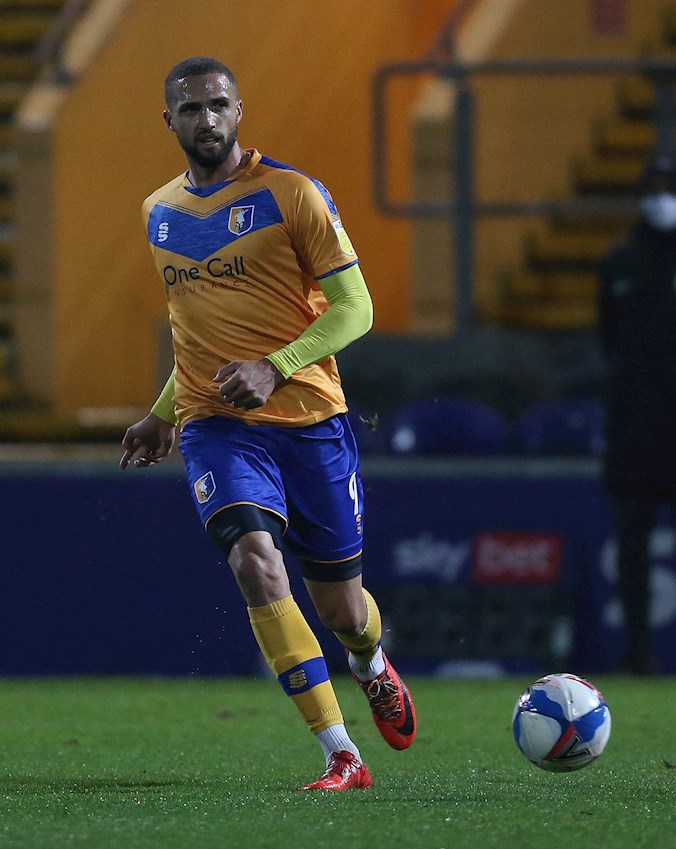 Bowery has hit a good run of form and has six goals in his last four league appearances for the stags, including a hat-trick in their 4-0 win over Port Vale.

The 29 year-old began his career with Chesterfield before winning a transfer to Aston Villa in 2012.

During his time at Villa Park, Bowery was sent out on loan to Doncaster Rovers before being sold on a permanent basis to Rotherham United.

Spells at Bradford City, Oxford United and Leyton Orient would soon follow in quick succession before he joined Crewe Alexandra, initially on loan.

Crewe is the club where Bowery has played most football, making 118 appearances and scoring 24 times in the process.

Last season, Bowery played for MK Dons in League One and moved to Mansfield in June 2020.

Nigel Clough is the man in the visiting dugout. 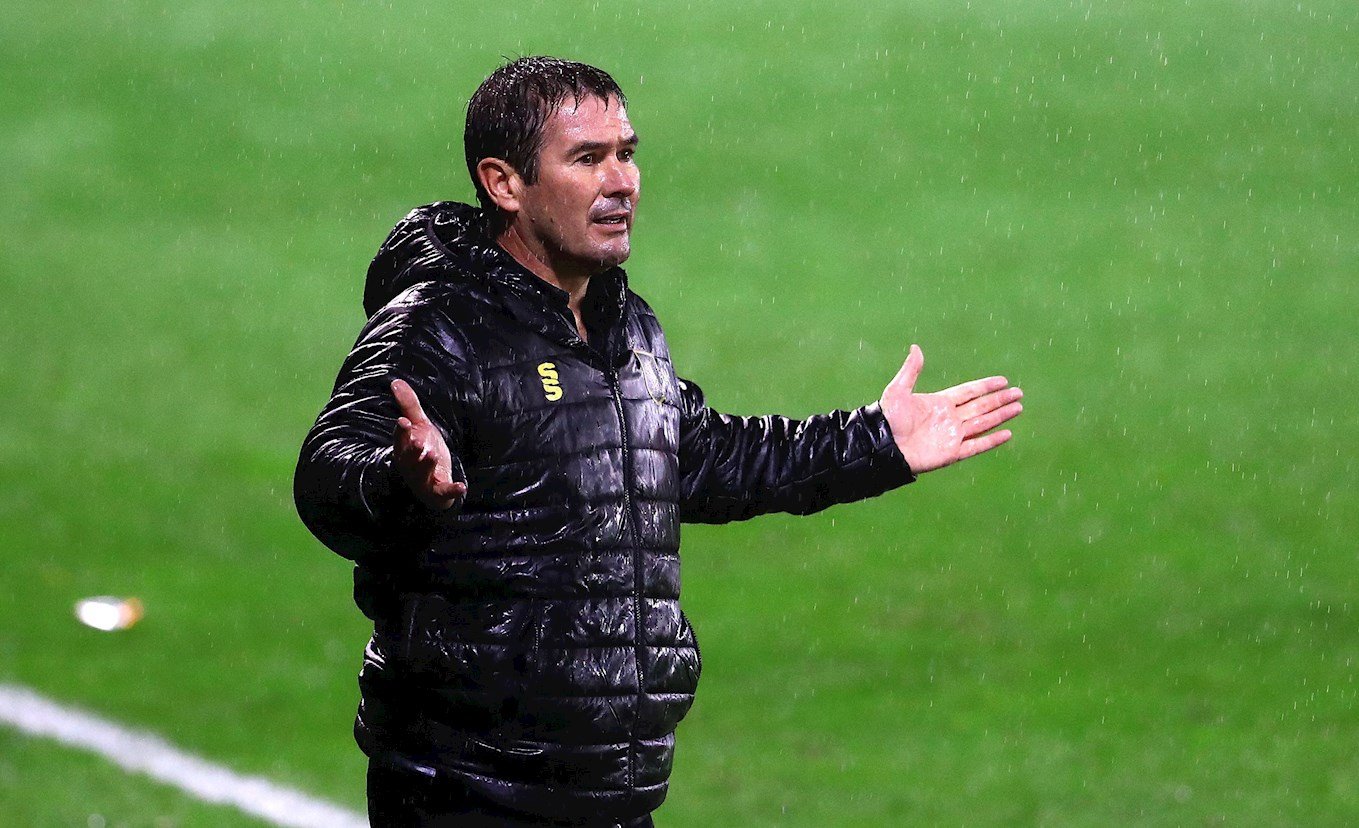 The 54 year-old had a good playing career as well as management and he represented Nottingham Forest over 300 times, Liverpool, Manchester City, Sheffield Wednesday before finishing his career with Burton. He was also capped 14 times by England.

The official with a familiar surname has taken charge of 18 games this season, handing out 28 bookings in the process.

His last fixture involving Latics was the 3-1 win at Bradford City in the EFL Trophy back in November 2020 and will officiate a game involving Mansfield in the 2020/21 campaign for the first time.

The bookies are expecting a close game at Boundary Park, with both teams being marked up at 8/5 to secure three points. 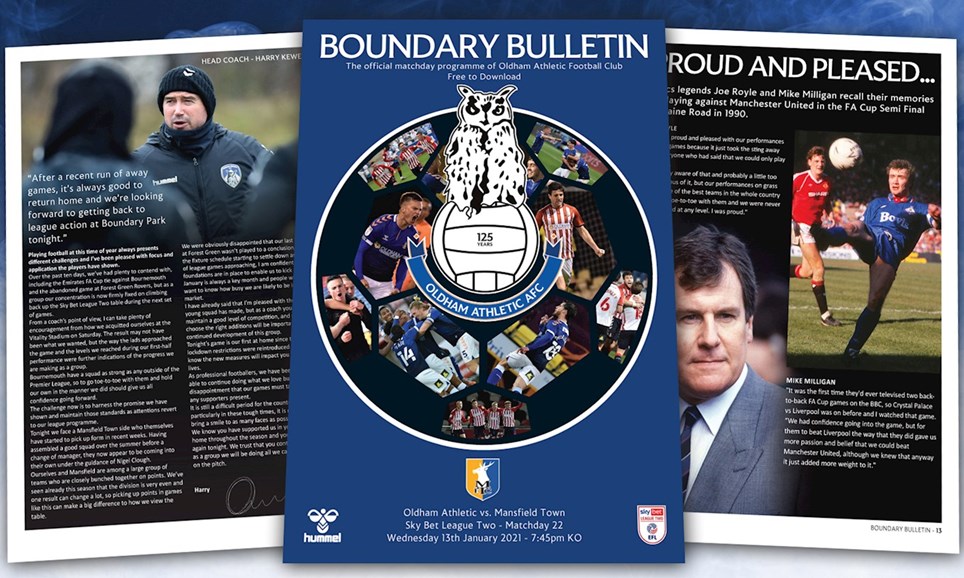 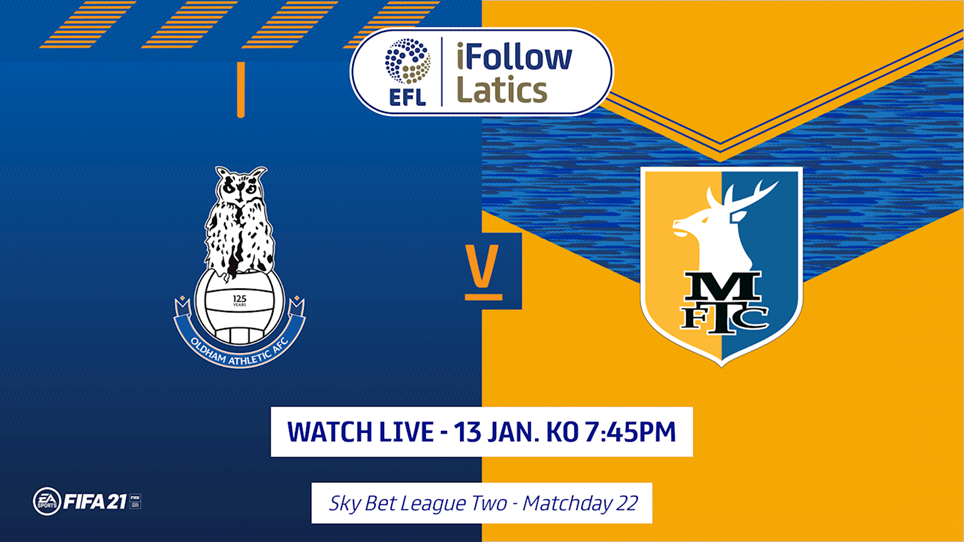 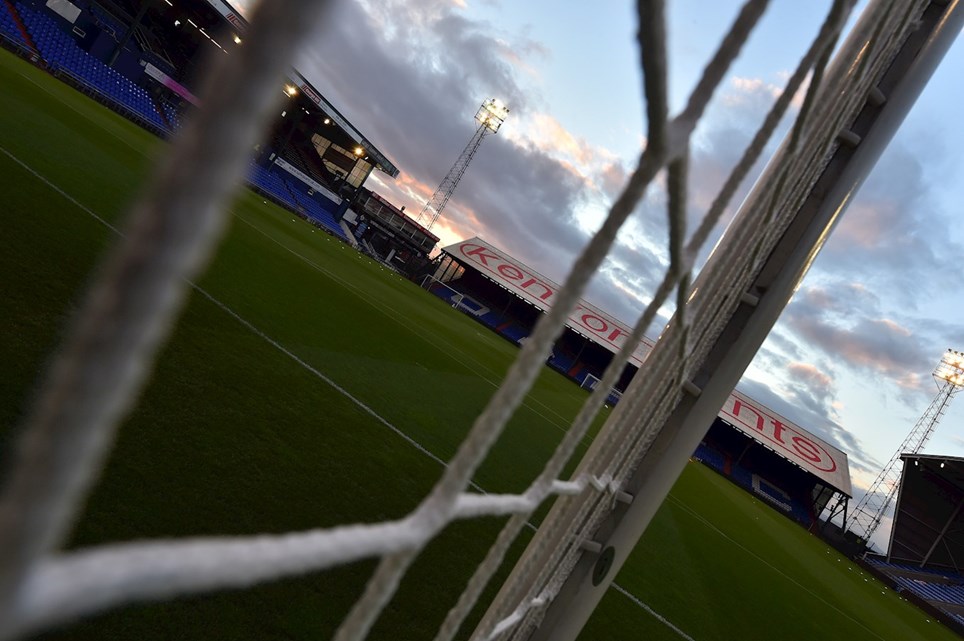 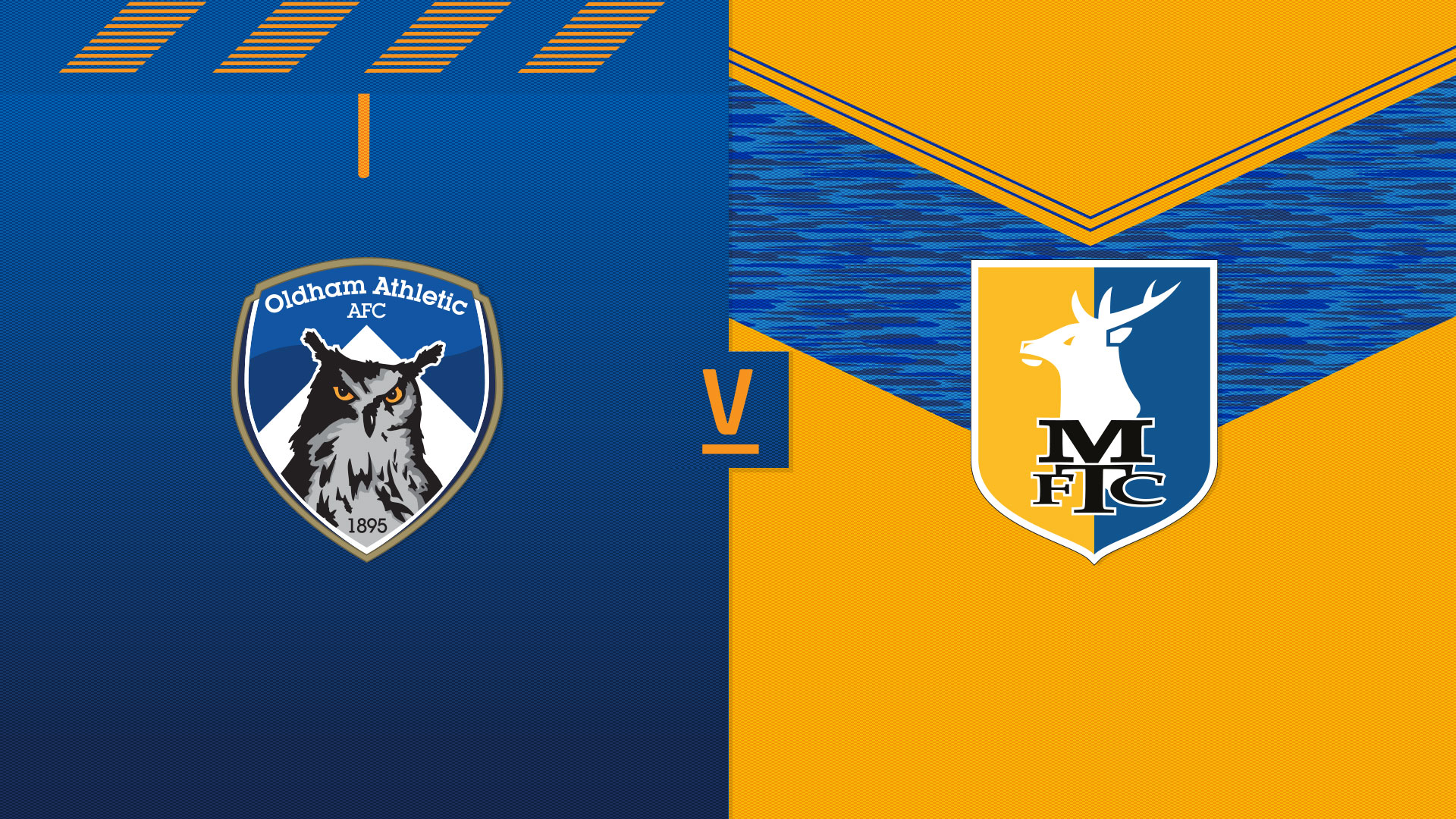 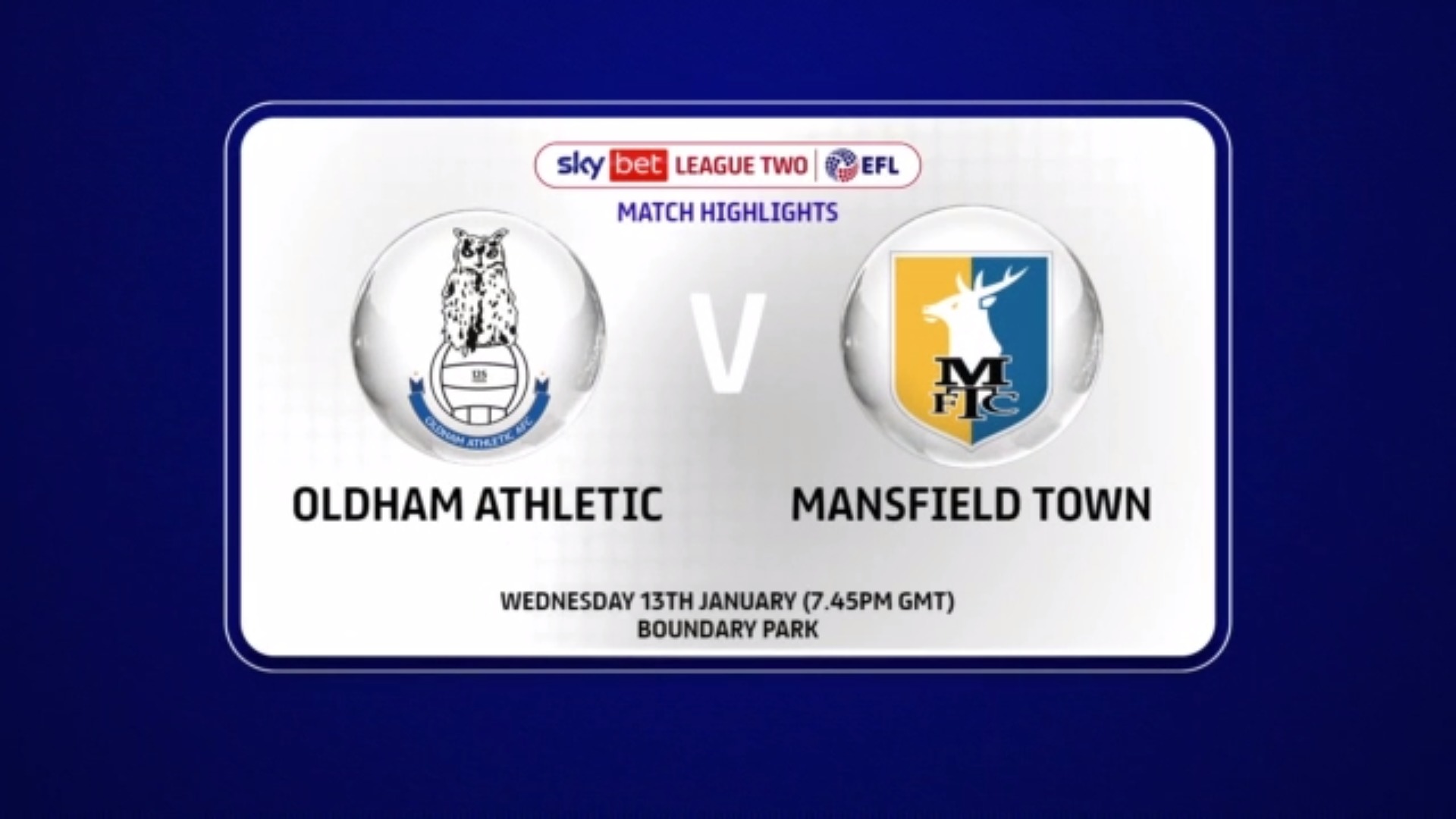 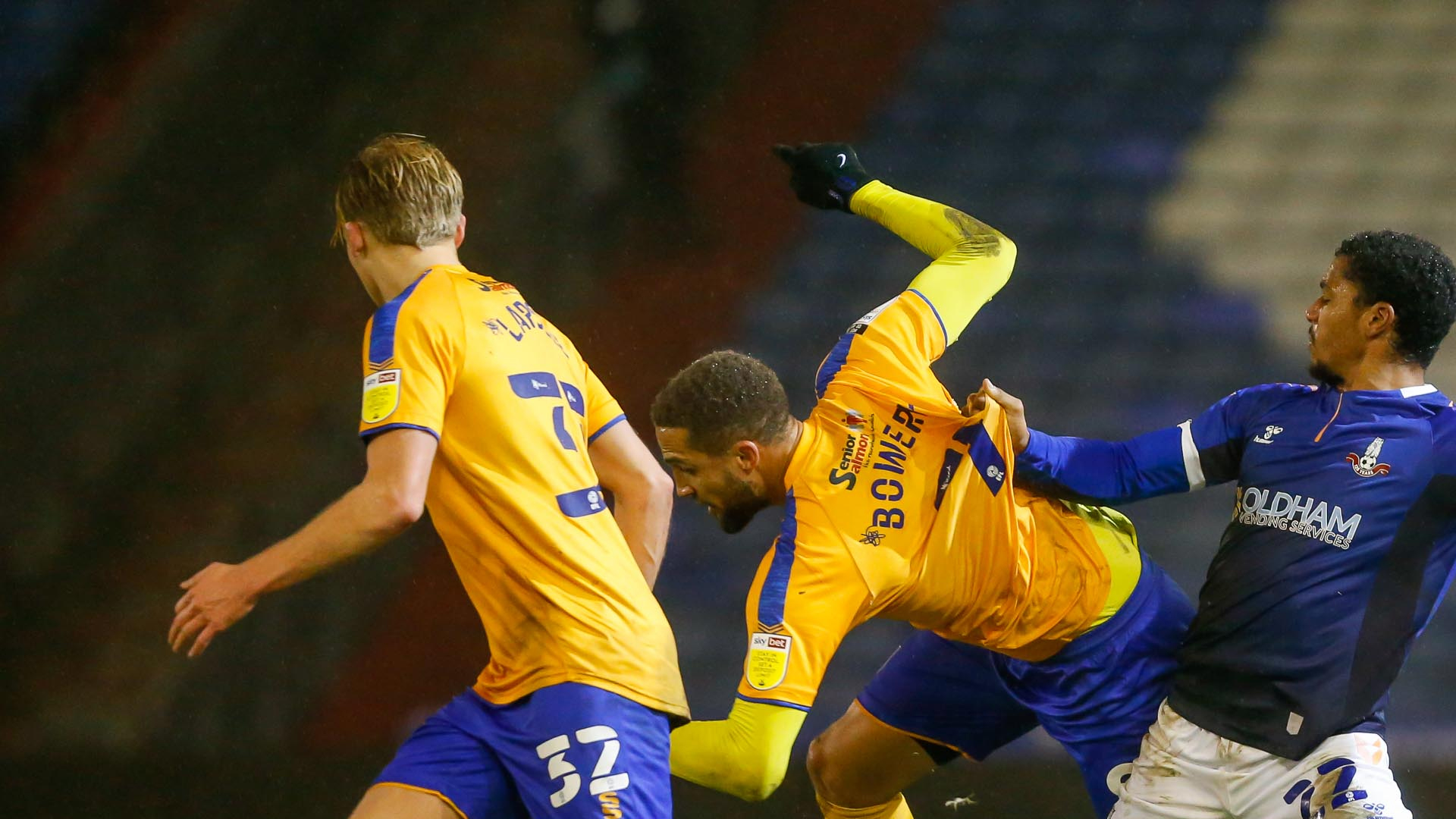