Last time out, a goal from Davis Keillor-Dunn won Harry Kewell’s men a share of the points at the Bescot Stadium.

County are currently on a tricky run of form and they have now gone seven games in all competitions without a win.

They have drawn their last three league outings and the dropped points have seen them fall from the top of the table.

But are still in second place, behind only Cambridge United by one point with two games in hand on their promotion rivals.

The clubs faced off against one another last month with Latics going to Rodney parade and bringing back maximum points.

Twice Oldham had to come from behind with Keilor-Dunn and Conor McAleny cancelling out goals from Scott Twine and Scott Bennett. 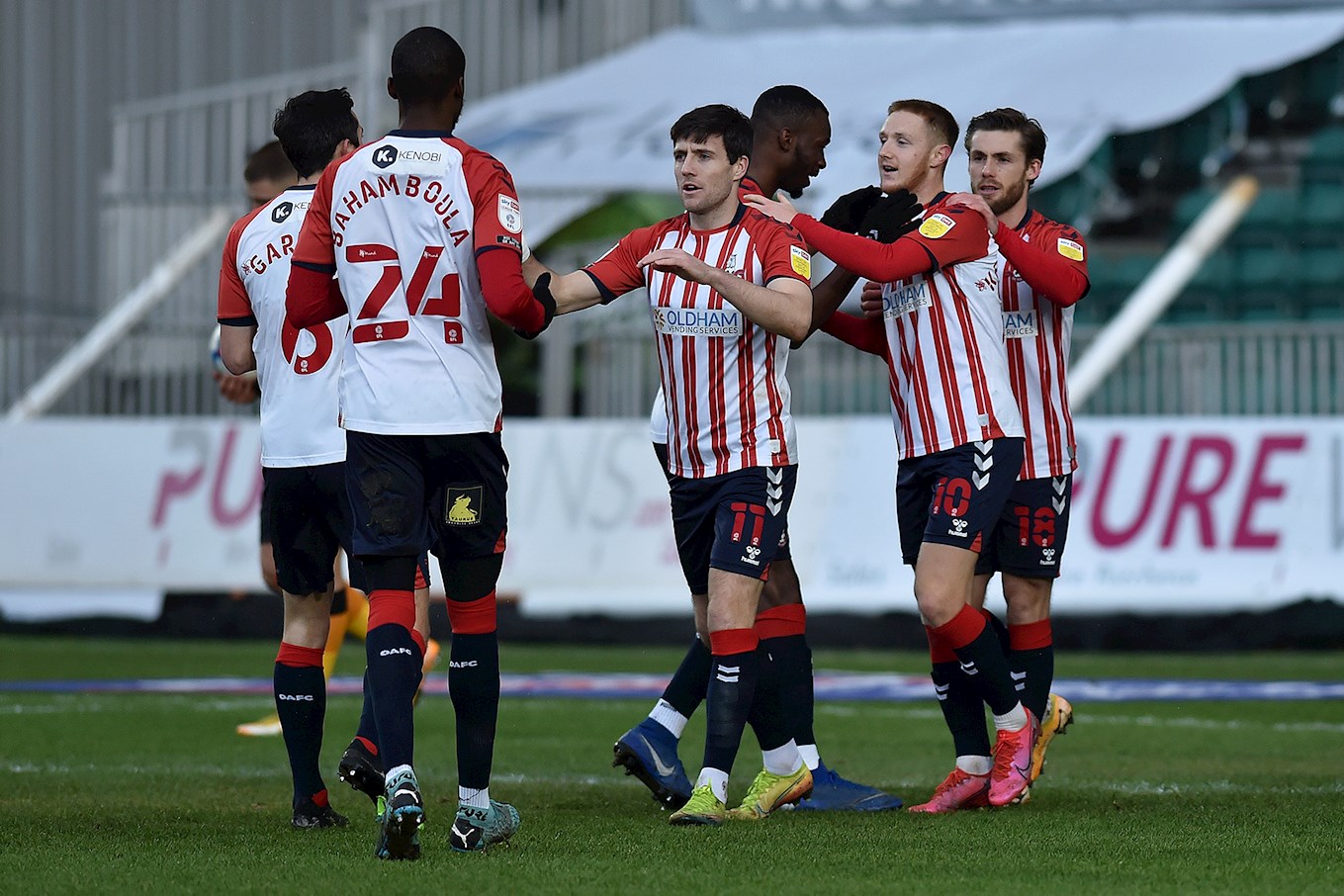 A huge moment in the game was Gary Lawlor denying Podraig Amond from the penalty spot to keep the score at 2-2 in the 71st minute.

Oldham were able to take full advantage of the missed spot kick and Leeds loanee Alfie McCalmont firing Latics into the lead in the 85th minute.

Zak Dearnley wrapped it up in the third minute of time added on, bagging his first goal since his injury layoff.

In terms of selection Head Coach Harry Kewell may have Zak Dearnley still out in the short-term due to injury in the last home game.

A decision needs to be made on which loanee will miss out with five only allowed in the matchday squad.

The Exiles have struggled for goals of late which coincides with Scott Twine going back to parent club Swindon Town.

If there is any man that is capable of arresting County’s decline in front of goal, it is Padraig Amond. 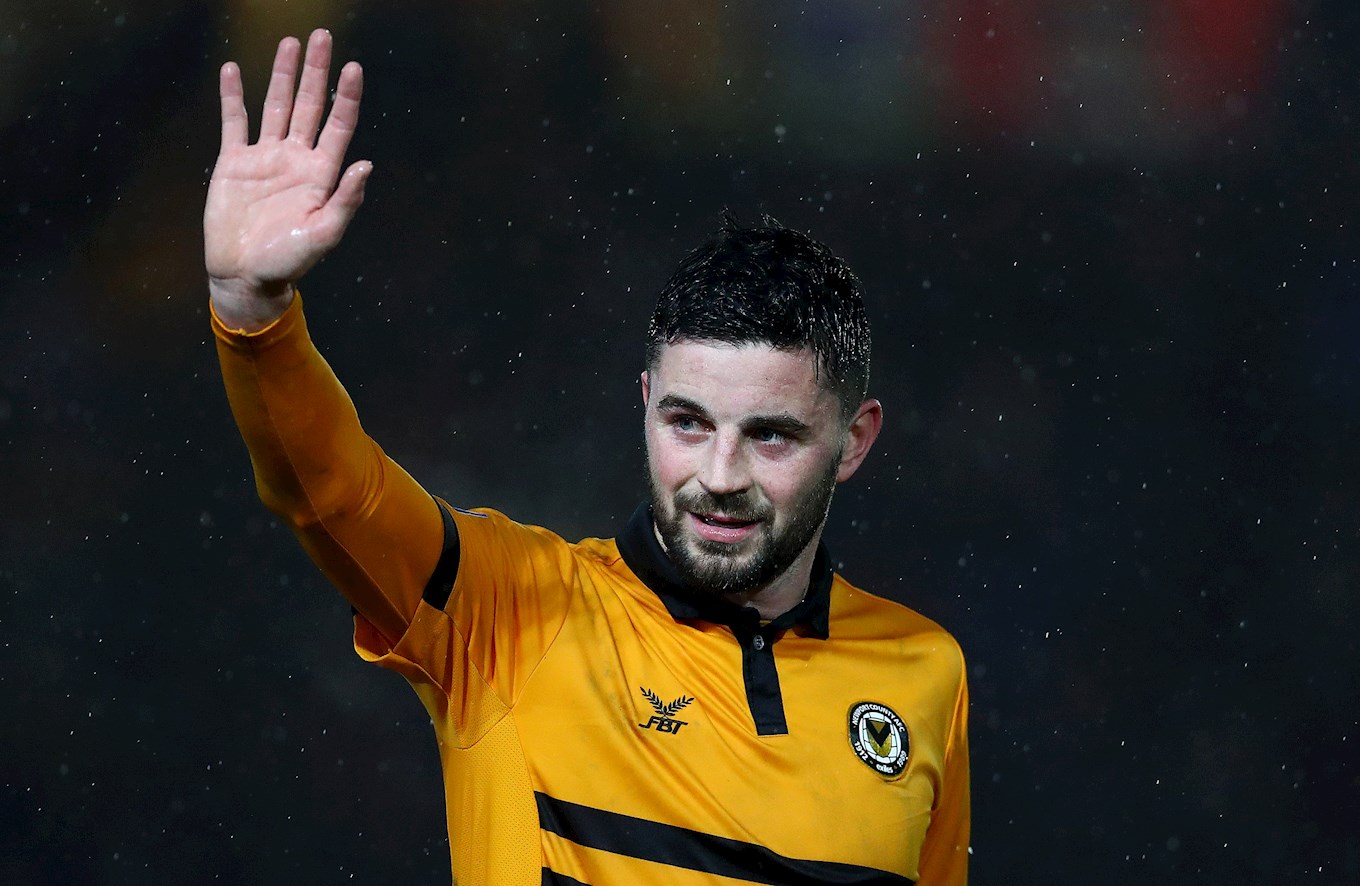 Amond scored in the last game that his side won but the club’s run without a win has coincided a baron run of the striker. 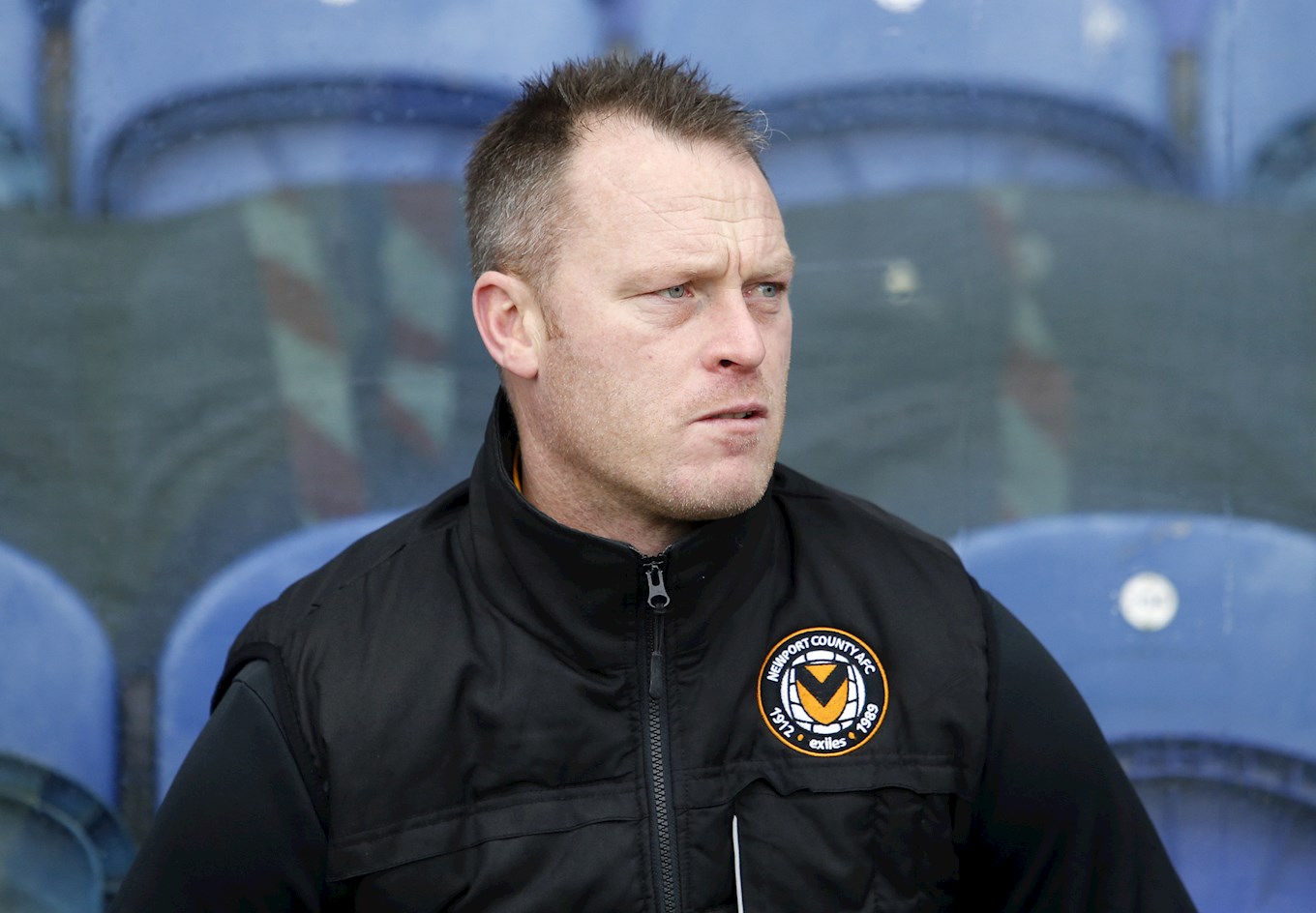 The League Two official taken charge of 19 games this season, handing out 51 bookings and two red cards. His last game with Latics was the 2-1 win at Southend back in October 2020. 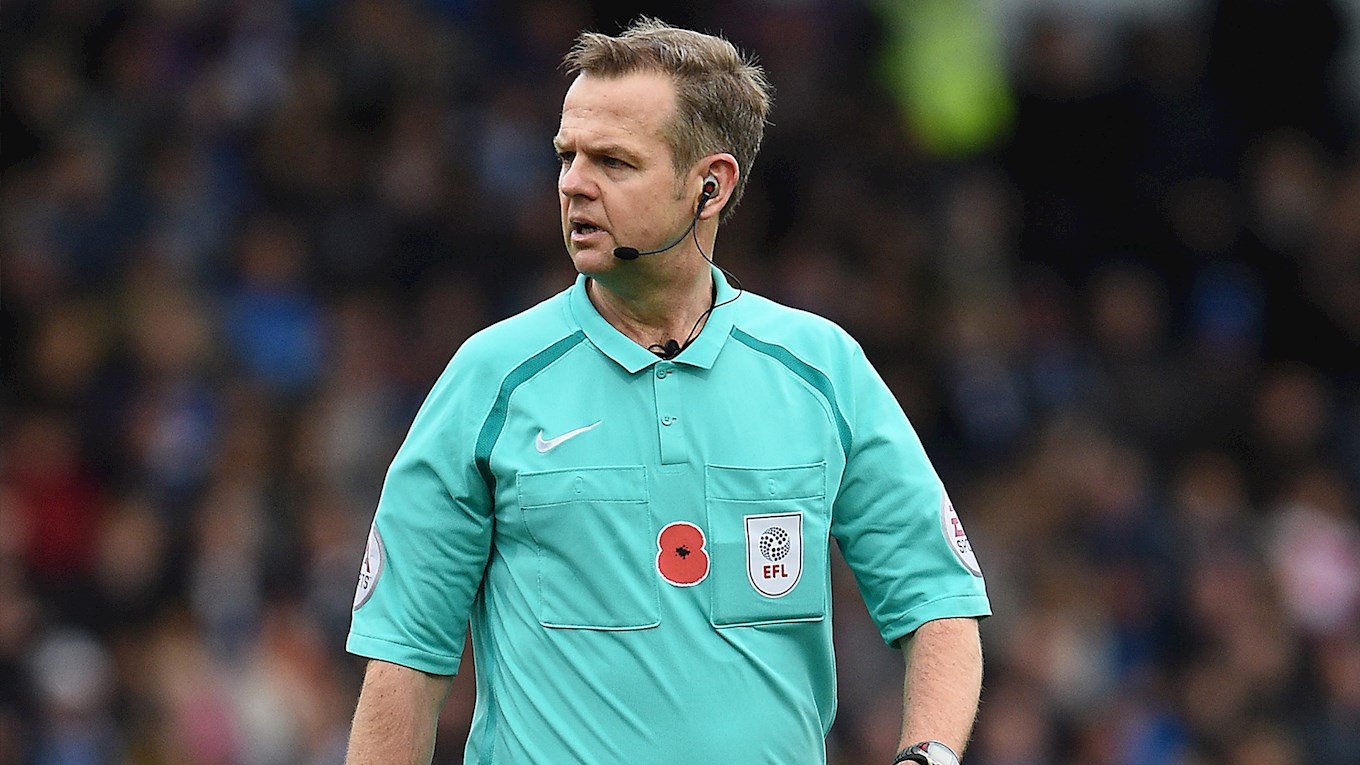 Newport have been made the bookies’ favourites for the game, priced at 6/5. 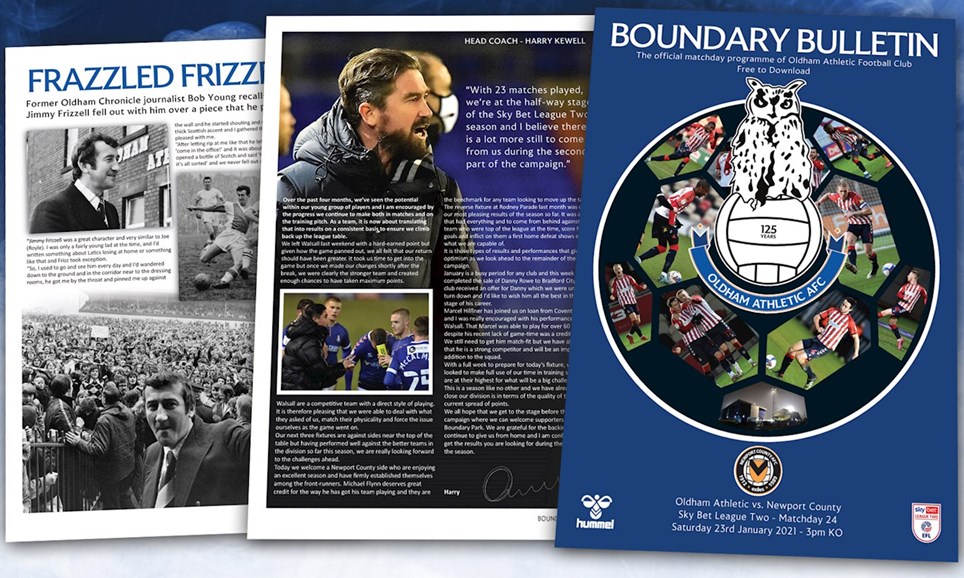 Harry Kewell’s side complete the double over Newport County in a five-goal thriller at Boundary Park.

New signing Nicky Adams came straight in for his debut and was named captain as the Head Coach named five changes to the team with Ben Garrity, Davis Keillor-Dunn, Bobby Grant and Dylan Bahamboula returning. To add to this, fellow new boy Marcus Barnes was named on the bench.

Initially, first-choice goalkeeper Ian Lawlor was starting, however, he sustained a late injury before kick-off which meant that Laurence Bilboe replaced him between the sticks for his second Latics appearance.

The game started in a frantic manner as with just three minutes on the clock the visitors found themselves ahead. Debutant Luke Gambin delivered a cross in from the right-wing which was met by Jake Scrimshaw and he guided his header into the far corner.

However, their lead didn’t last long as five minutes later former Wrexham midfielder Davis Keillor-Dunn got his side level. Tom King, who set new Guinness World Record in midweek against Cheltenham Town for longest goal in football, punched Bahamboula’s floated cross into the path of the midfielder and he beat his man before smashing under the shot-stopper.

Michael Flynn’s side were reduced to ten men when captain Josh Labadie lashed out on Marcel Hilssner, right in front of the referee and Chris Sarginson had no hesitation in showing a red card.

In the 29th minute, the boys in blue went ahead through another ex-Wrexham player, Bobby Grant. Conor McAleny’s shot on goal was parried into the path of the striker and he tapped in from close range.

Bahamboula continued to showcase his ability and nearly got his rewards when he glided past Ryan Haynes and dribbled into the box before clipping a cross to Garrity, at the back post, but King managed to keep him out.

Just before half-time, provider turned goalscorer for the Exiles as Gambin found the back of the net. The Colchester United loanee dribbled towards the Oldham area before cutting inside to curl into the bottom corner.

It was a slow start after the interval, but Latics did have a couple of half-chances. First, Bahamboula couldn’t get good contact on the ball after King parried McAleny’s shot before Hilssner’s dripping strike from range went just over the crossbar.

Harry Kewell’s side found the winner in the 74th minute as both new signings produce great work down the right-wing with Barnes laying the ball off to Adams and his cross hit Newport defender Micky Demetriou, trickling into the back of the net.

Latics should’ve wrapped up the victory as King brought McAleny down inside the area and the referee pointed to the spot, however, Bahamboula stepped up and smashed his penalty over the crossbar.

County piled on the pressure in added time and gave Latics a back of a scare, but they couldn’t break down the backline as the lads held on for the three points.