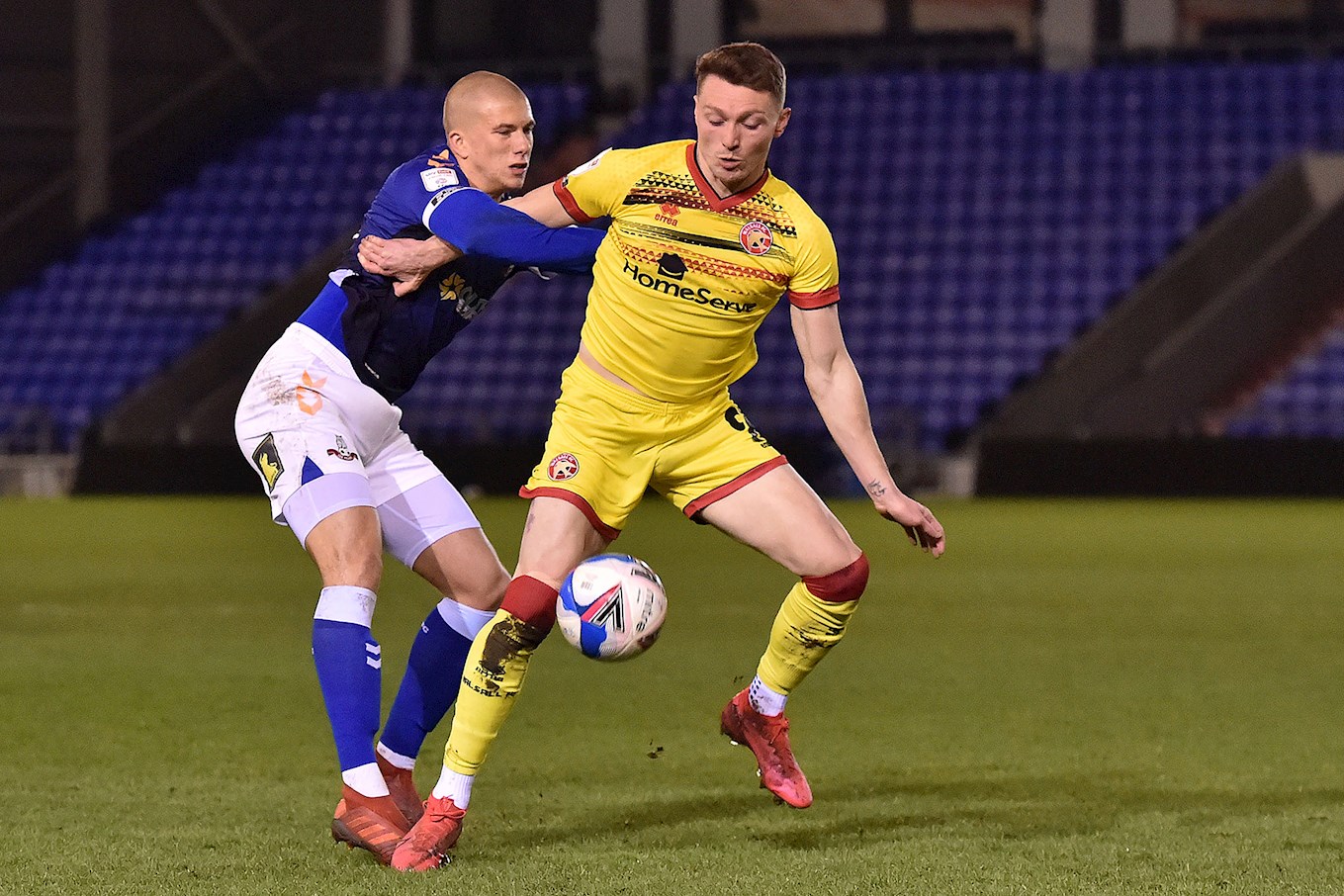 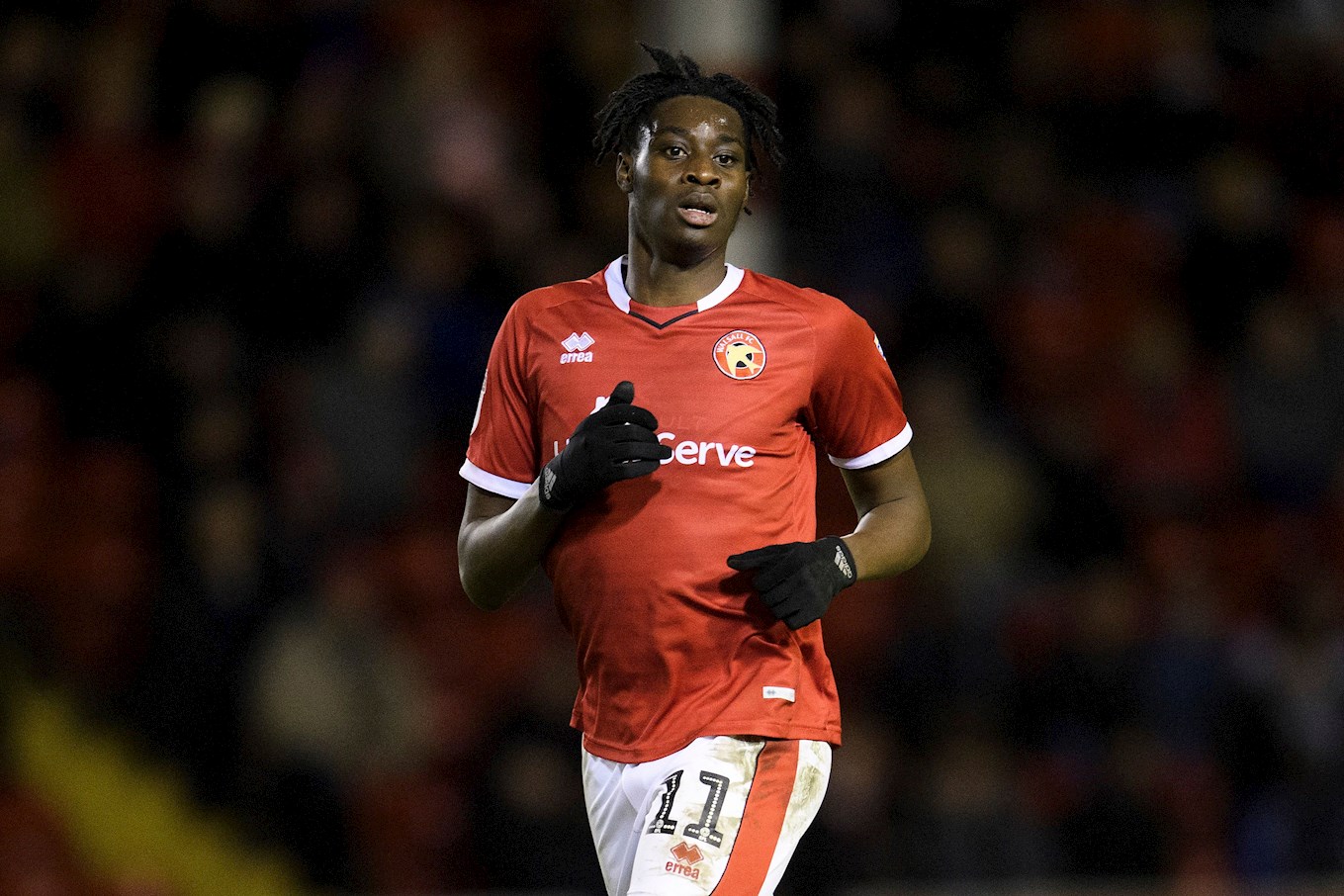 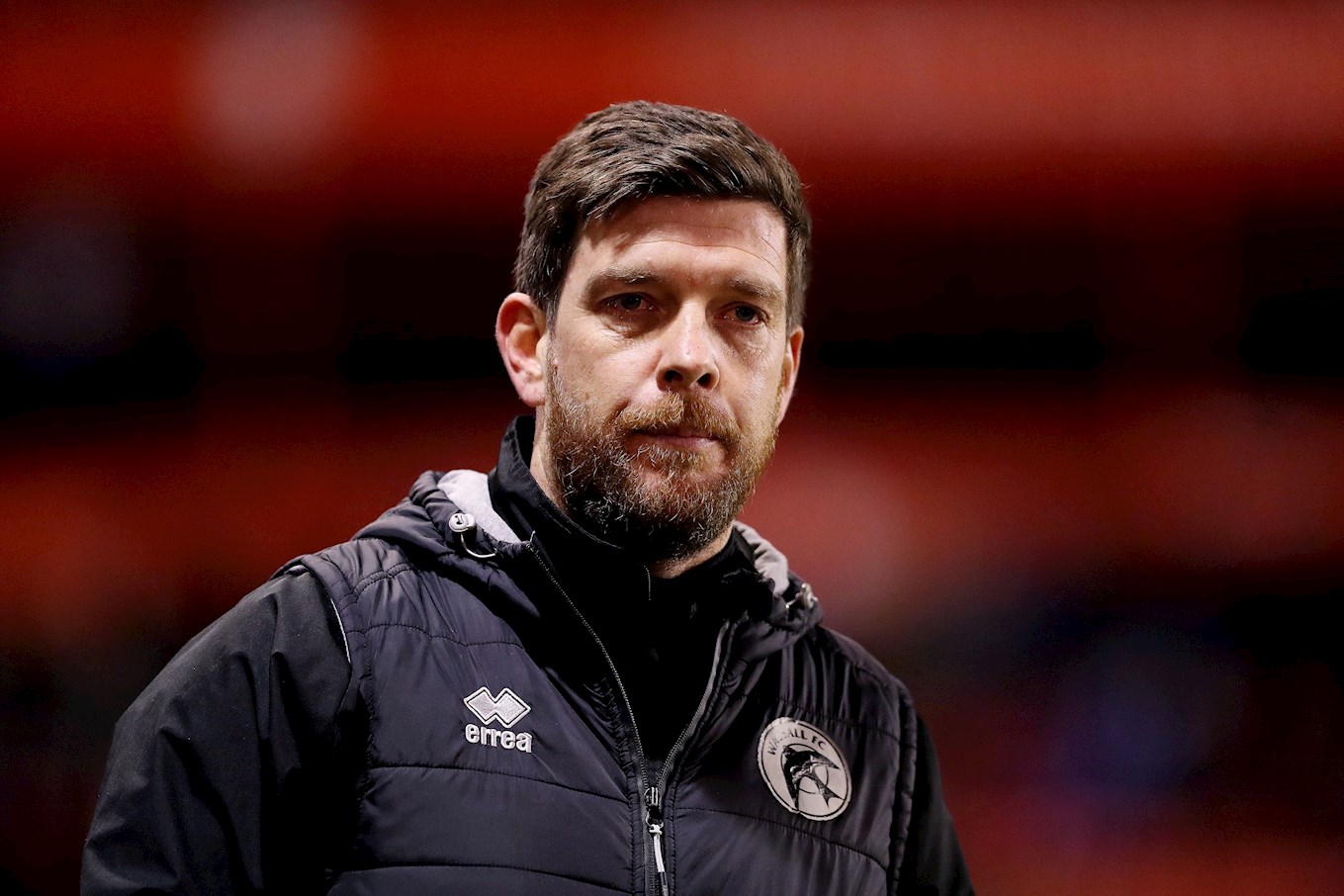 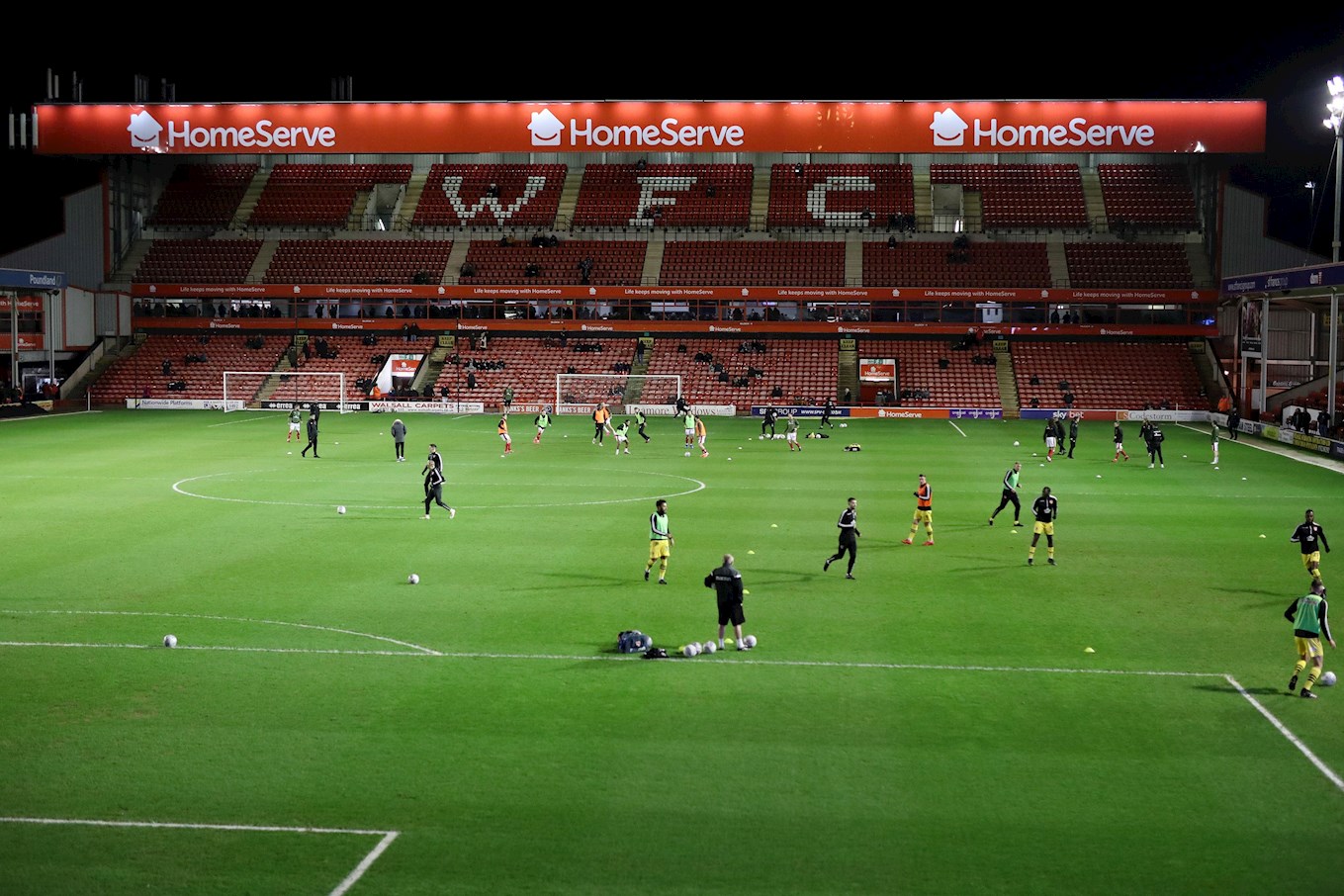 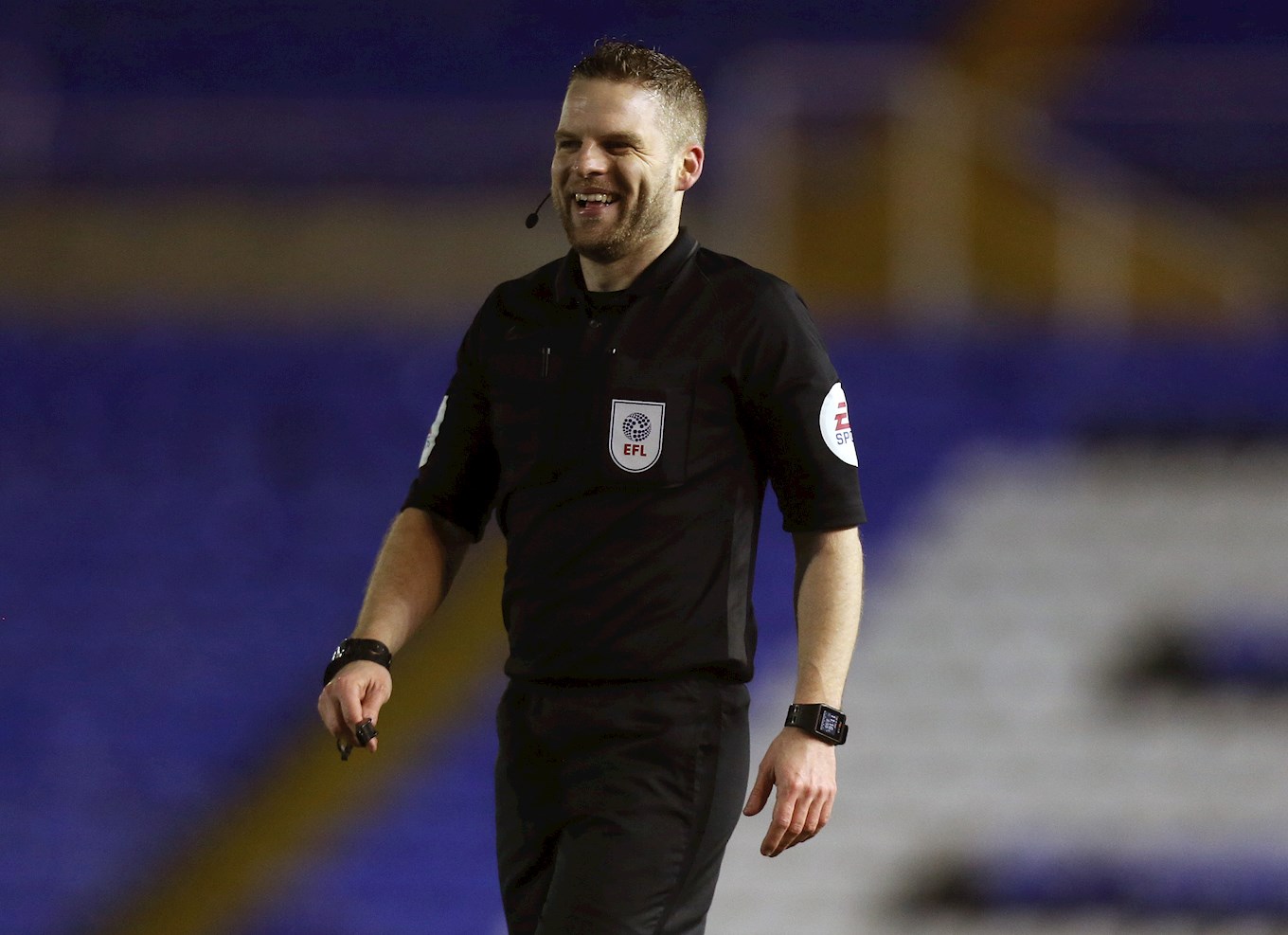 Harry Kewell named seven changes to his side after the mid-week defeat against Mansfield Town with Coventry City loanee Marcel Hilssner being handed his Latics debut.

The first opportunity of note occurred in the 18th minute and it fell to the hosts when Jack Nolan’s free-kick eluded everyone in the box forcing Ian Lawlor to palm the ball back into the crowded area. The ball landed at the feet of Josh Gordon and the forward smashed his effort towards goal, looking destined for the back of the net, the goalkeeper managed to recover and produce a smart save with his legs.

Following that, Wes McDonald picked the ball up inside the Latics half before dribbling and cutting inside from the left-wing to shoot, but he couldn’t direct his attempt on target.

Latics’ best chance in the first-half arose when Danny Rowe tried his luck from around 35-yards from goal, but his powerful strike went over Liam Roberts’ crossbar.

However, Darrell Clarke’s side managed to take the lead just before the interval when a cross in from the right landed to Zak Jules and the defender drilled his attempt goalwards, Harry Clarke cleared the ball off the line, however, the linesman had adjudged the ball to have crossed the line to the frustration of the Latics players.

Shortly after half-time, new boy Hilssner nearly got on the scoresheet in his first game of English football when he took a short corner with Danny Rowe and received the ball back to curl a cross into the area which nearly caught the goalkeeper off guard at the front post, but Roberts managed to collect the ball in time.

The Saddlers came close to doubling their lead when Nolan delivered an in-swinging cross from the right which was met by Gordon inside the area and he succeeded in making contact with the ball to flick goalwards, however, Lawlor produced good footwork to catch the effort.

In the 63rd minute, Kewell made a double change with the introduction of Ben Garrity and Davis Keillor-Dunn which proved to change the game in Latics’ favour.

Once again, Hilssner caused the hosts problems and, this time, the midfielder received the ball around 30-yards from goal and put his foot through it, swerving on its way to goal, but Roberts did just about enough to keep it out before McAleny pounced on the rebound, trying to play it across goal except it was blocked by the defender.

Latics found an equaliser with 75 minutes on the clock through substitute Keillor-Dunn. Rowe’s heavy touch made its way to the midfielder, clean through inside the penalty area, and he kept his cool and slotted past the goalkeeper to give his side the hope of going on and getting all three points.

Walsall nearly responded within a minute when Alfie Bates crossed onto the head of former Oldham defender Mat Sadler’s head, but he couldn’t steer his attempt on target.

With the clock running down, there only looked like one winner with Kewell’s men dominating. The closest his side came to taking all three points happened in added time when the ball was floated over the backline with McAleny racing onto it, but his half-volley flew way over the crossbar.

This point is the first point Latics have picked up at the Bescot Stadium since August 2015 when Jonathan Forte netted a late equaliser in Darren Kelly’s first game in charge. 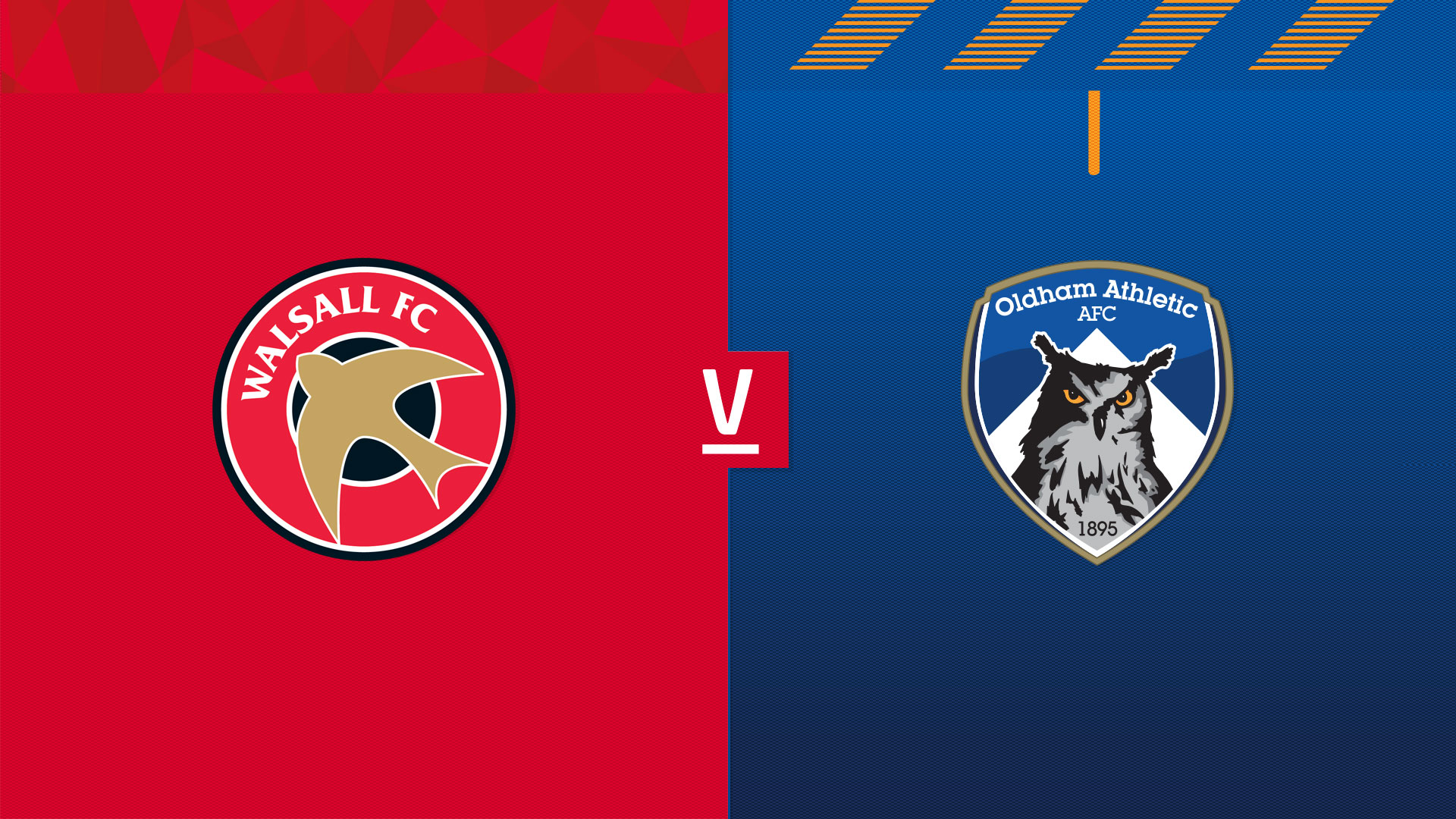 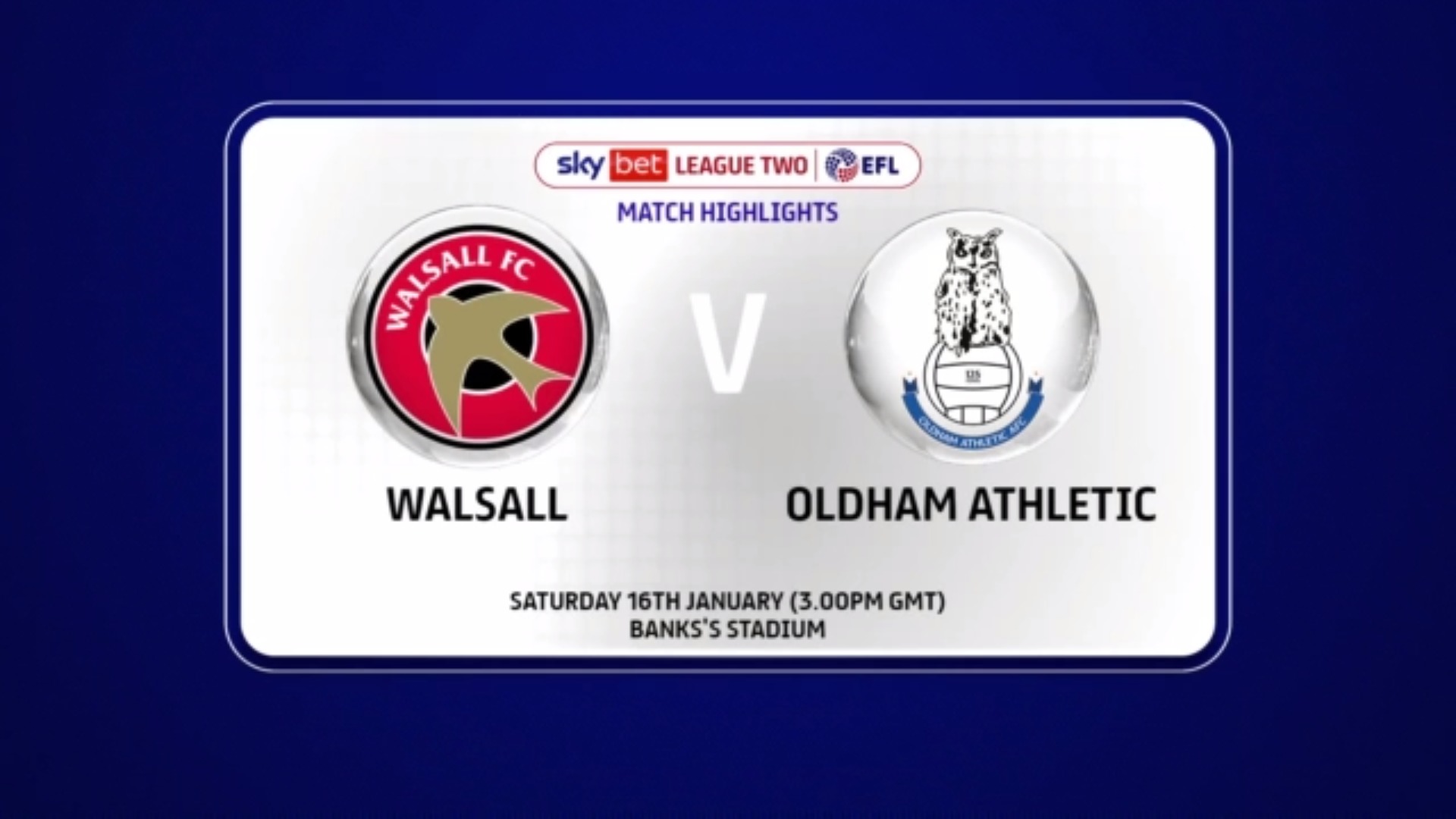 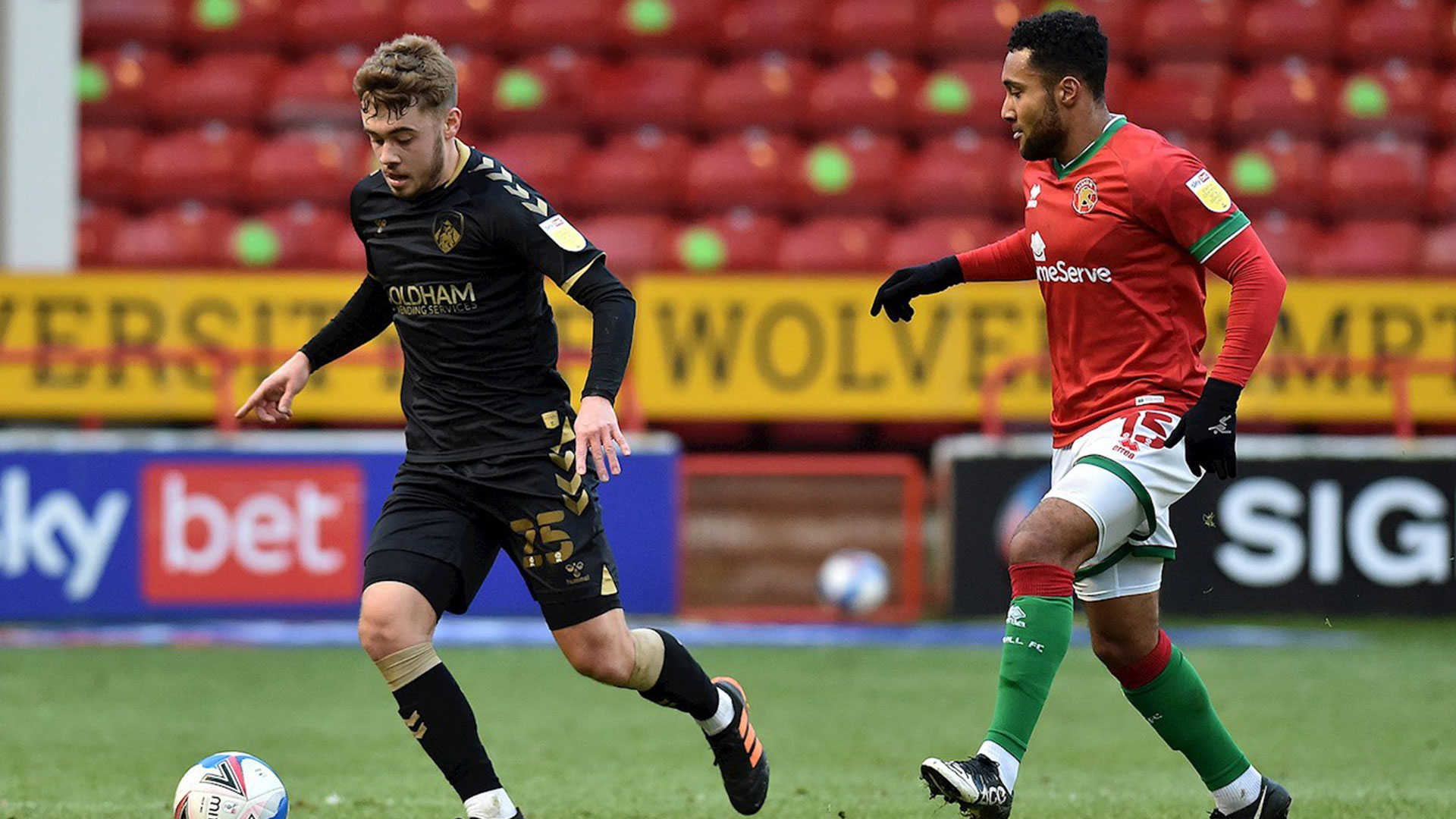