Oldham will be looking to quickly bounce back from a 2-0 loss last time out at the weekend to Salford City.

Latics will be hoping to improve their home form as both of their wins in the league this season have been on the road as well.

The Robins have had a great start to the season and have shown no signs of a playoffs hangover.

They have won six of their opening ten league games, drawing once and losing three times. This impressive start currently leaves them in the automatic promotion places in 3rd.

Latics have won four of the 16 previous meetings between the two clubs with Town winning five and seven ending in a draw.

Last time the clubs met was in January 2020 at the Jonny-Rocks Stadium with the Robins winning 3-0. Earlier in the season, the sides played out a 1-1 draw at Boundary Park. An early goal from Filipe Morais had got Latics off to a great start but a 71st minute strike from Ryan Broom ensured the points were shared. 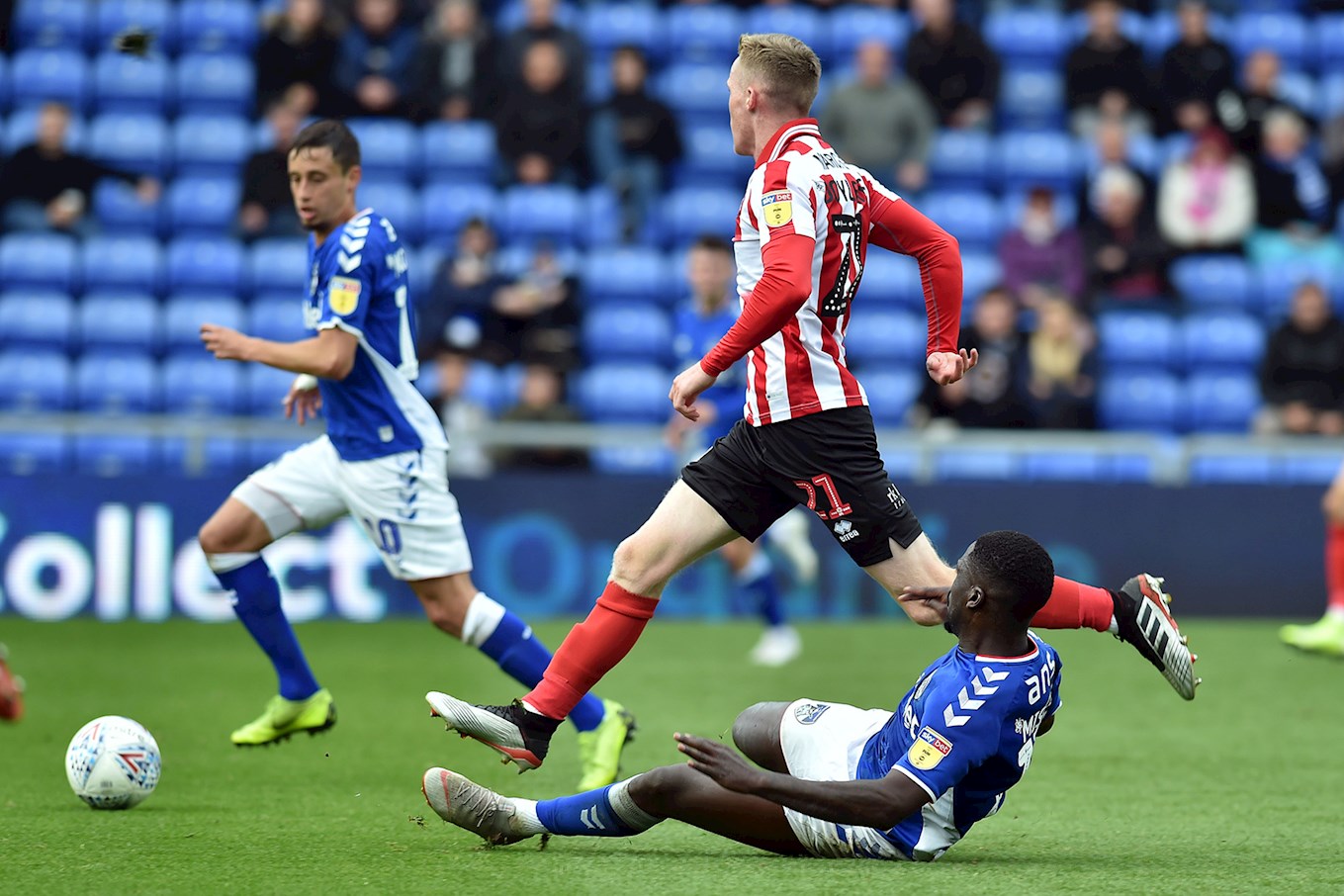 The last time Oldham beat Cheltenham was October 2018 at Boundary Park. The visitors were reduced to 10 men just before half-time and Latics were able to take full advantage with goals from Jonathan Benteke and Callum Lang in the second-half.

Andy Williams has scored five goals in ten games for the Robins.

The 34-year old forward started his career with his hometown club, Hereford United where he scored 17 goals before making the step up to League One side Bristol Rovers.

Williams scored just four minutes into his debut for Rovers, but it wasn’t a sign of things to come as he would only go on to score nine goals in 98 games for the club and was twice loaned back to his former club.

In May 2010, Williams joined Yeovil Town where he enjoyed a good spell of his career. Operating on both the wing and up front, he managed 25 goals in his 87 appearances for the Glovers.

His next move was to Swindon Town where he scored 35 times in his three seasons at the County ground.

Before joining his current club, Williams has also spent time with Doncaster Rovers, and he was part of the Northampton Town team that won promotion out of League Two last season.

Reid has scored eight goals in 23 games since signing for the Robins.

The visitors are 19/20 favourites to come out on top at Boundary Park whilst Latics are 13/5 to secure their first league win on home soil.

A repeat of the draw in last season’s fixture is 12/5. 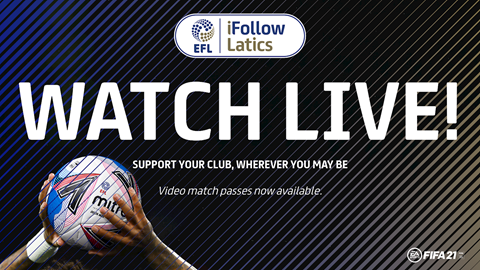 Because the game is classed as behind-closed-doors, supporters can tune into a live match stream with commentary available for all subscribers on iFollow Latics, as Roy Butterworth and Ian Cheeseman talk you through the action. 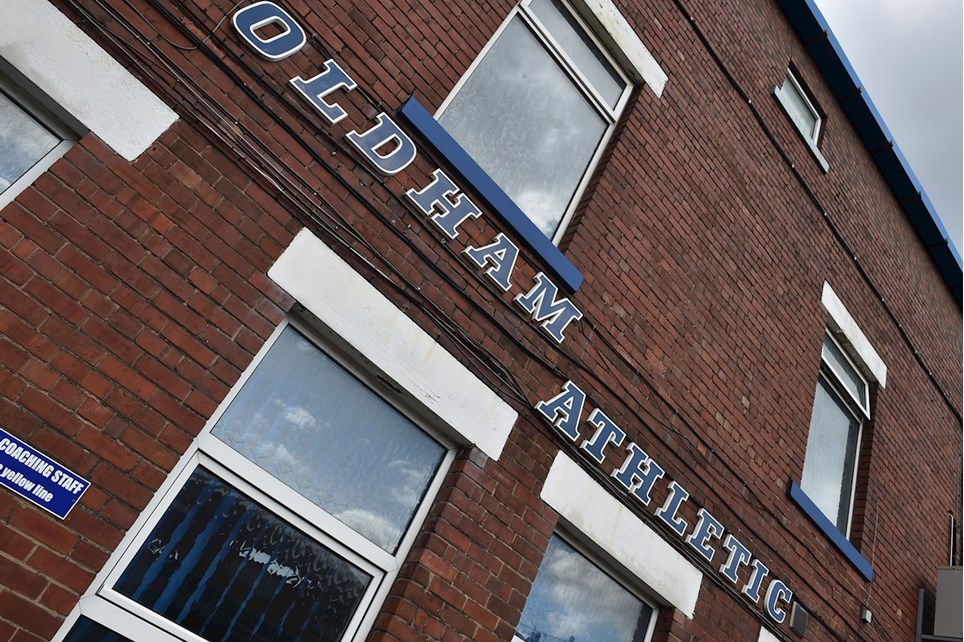 
The kick-off time of the Sky Bet League Two fixture against Cheltenham Town at Boundary Park has now been brought forward to 6pm.

George Blackwood and Harry Clarke bagged their first goals for the club after ex-Oldham striker Reuben Reid had given Cheltenham the lead.

Latics almost got off to a dream start, Zak Dearnley was the benefactor of a beautiful through ball that split the visitors’ two centre backs, but the in-form striker saw his shot saved by Joshua Griffiths.

Unfortunately, it was to be the forward’s last contribution of the match and he was withdrawn through injury in the ninth minute with Dylan Bahamboula taking his place.

Harry Kewell’s side made a strong start to the game and Jordan Barnett had a chance to bag his first goal for the club when Cameron Borthwick-Jackson’s low cross found him, but his shot ended up over the bar.

The Robins’ keeper was called into action again in the 23rd minute but Callum Whelan’s effort from distance was a comfortable stop for Griffiths.

Michael Duff’s side found the breakthrough on the half-hour mark with Alfie May crossing for Reuben Reid and the former Latics’ man had time to steady himself before finding a smart finish past Ian Lawlor.

Latics reacted well to going behind and the pace and trickery of the exciting Bahamboula gave the winger space to unleash a well-hit shot that Griffiths could only parry to Blackwood who was on hand to open his account at Boundary Park.

It was the visitors who had the first opportunity after the interval, a clever corner from Chris Clements found Chris Hussey on the edge of the box but the full-back's effort went wide of the goal.

Oldham’s first chance of the half came through Blackwood. Whelan found him but the Australian’s effort didn’t have enough power to trouble the Town goalkeeper.

Bahamboula continued to cause Cheltenham problems but he would have been disappointed with his effort in the 53rd minute, blasting the ball over the crossbar.

Substitute Danny Rowe showed fantastic hold-up play managing to fend off Cheltenham defenders before playing a perfectly weighted ball to Tom Hamer, but Griffiths was on hand to deny the full-back a goal in his 100th appearance for Latics.

Oldham continued to enjoy the better of the proceedings at Boundary Park and Bahamboula was able to nick the ball from Hussey and successfully made his way into the visitors box but the mercurial winger’s effort sailed over the bar.

Town almost scored against the run of play in the 80th minute, Alfie May’s pullback found the in-form Andy Williams, but Clarke was on the line to keep the scores level.

Ian Lawlor had little to do in the match but was called upon to make a fantastic stop from Will Boyle’s downward header in the 83rd minute.

Latics’ dominance finally paid off in the 85th minute, Clarke supplying the finish after a Barnett corner had resulted in a bit of a scramble in Cheltenham’s box. It was brilliant work from Rowe to win the corner with the forward not giving up on the loose ball.

Harry Kewell's men held on to a vital win against one of the league’s early front runners for promotion.


The kick-off time of the Sky Bet League Two fixture against Cheltenham Town at Boundary Park has now been brought forward to 6pm. 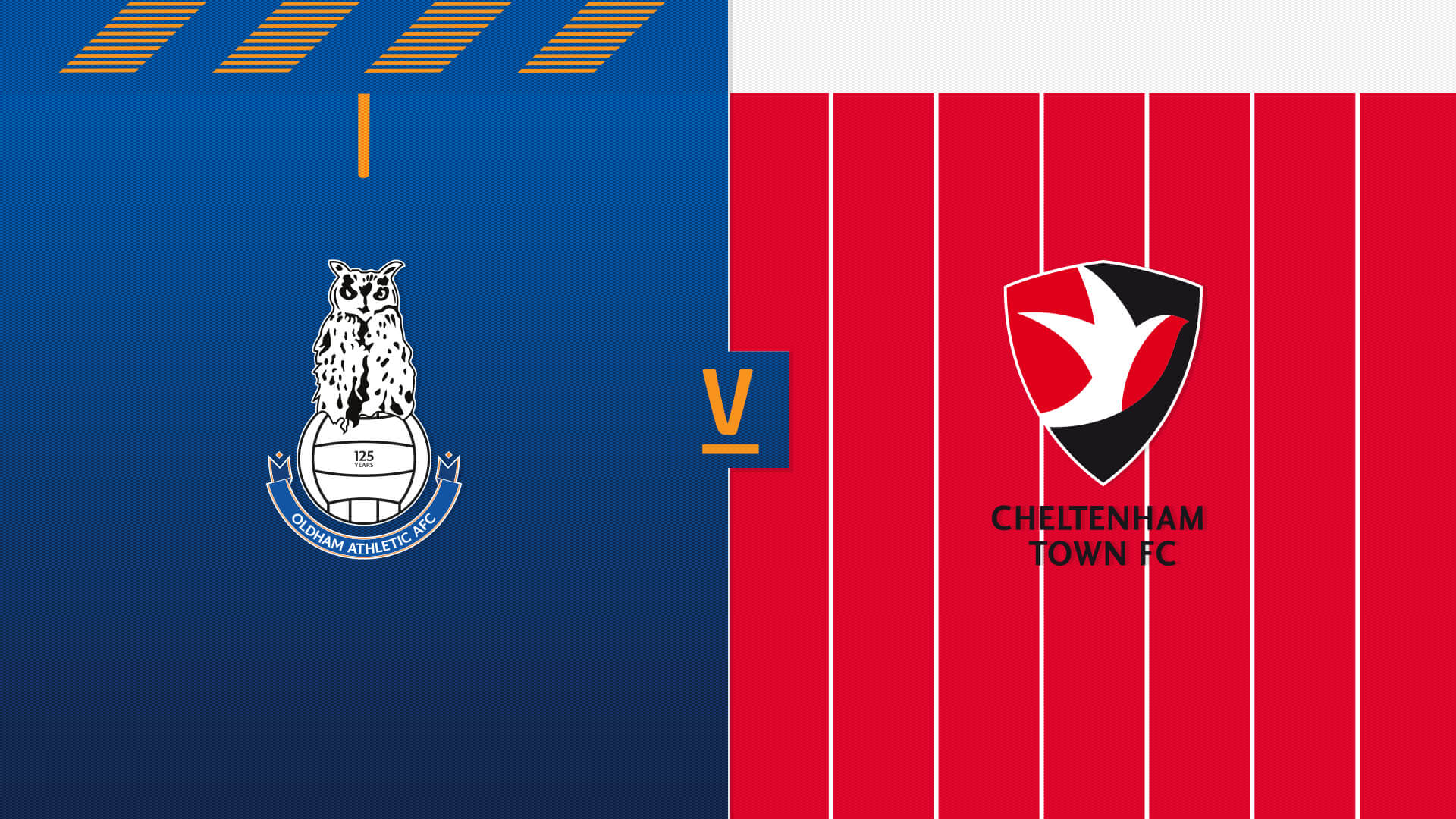 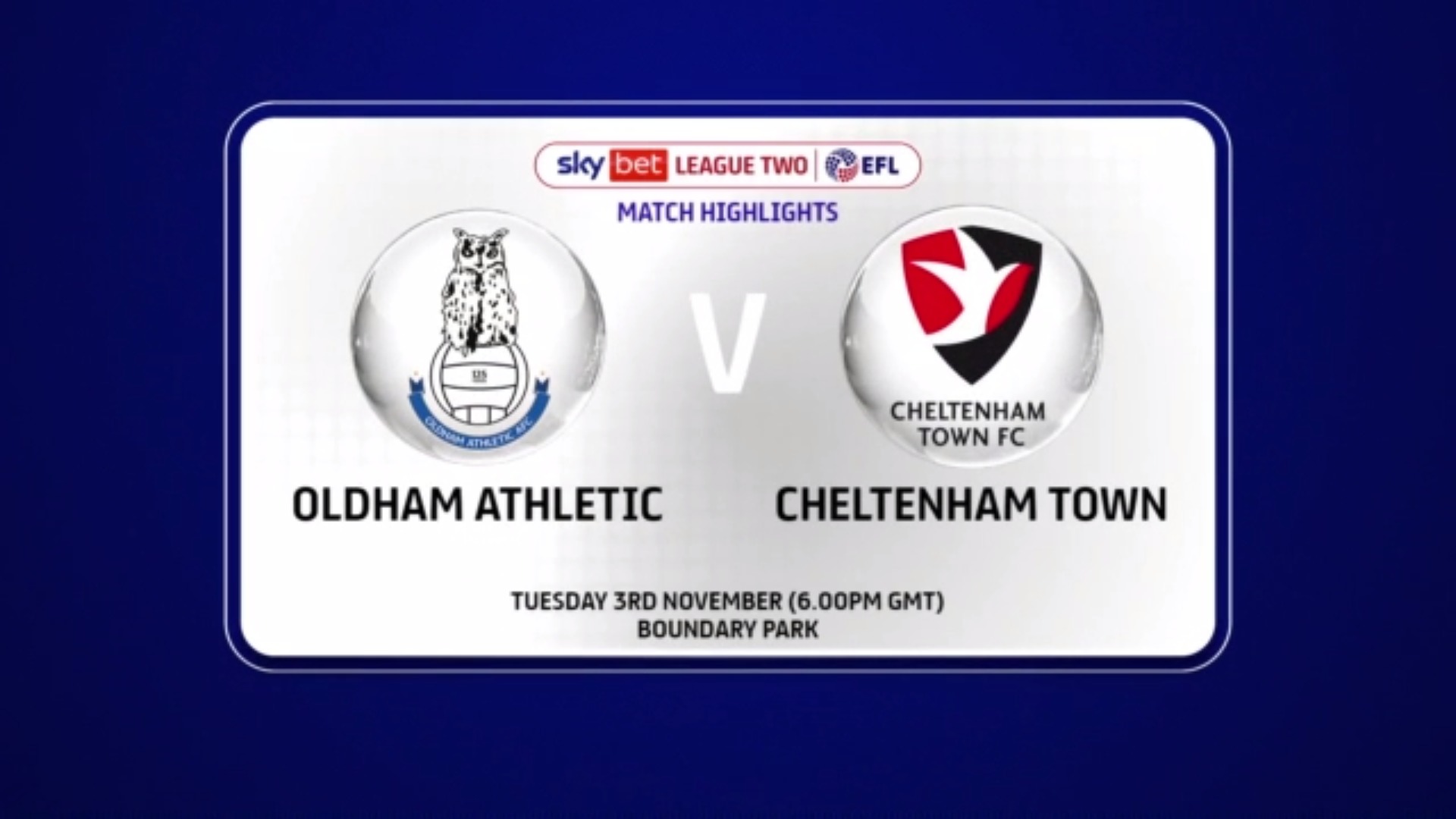 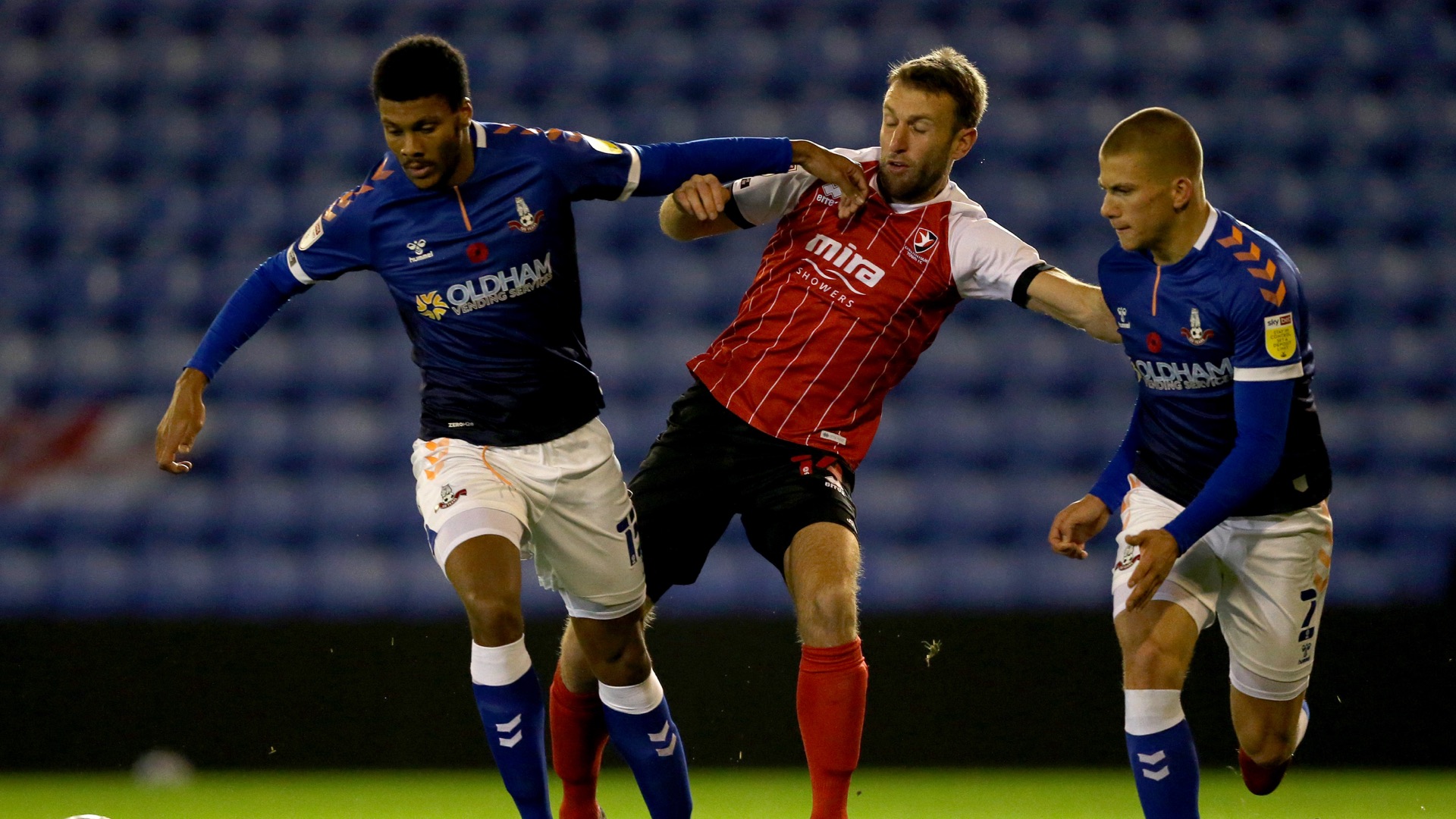