Latics are looking to bounce back from a late defeat against Tranmere Rovers as they welcome table toppers Forest Green Rovers to Boundary Park for a Sky Bet League Two clash on Saturday (3pm KO).

Despite being the better side for the majority of the game against Tranmere, Charlie Jolley’s late goal saw the points go to Merseyside. 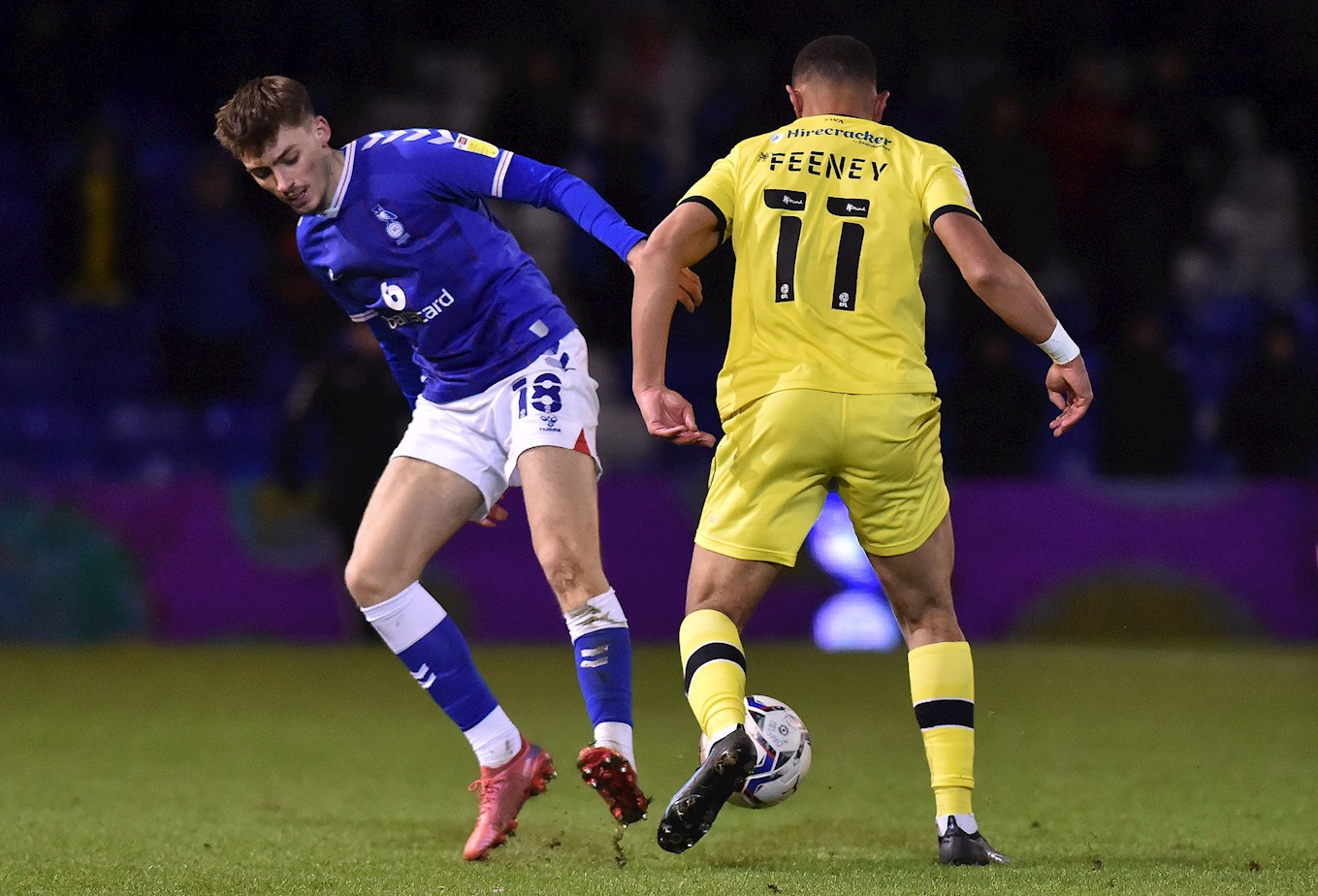 Forest Green Rovers are currently in seriously impressive form meaning it will be a tough ask for Latics.

Incredibly, Forest Green has not lost a league game since their 2-0 defeat at home to Swindon Town on the 9th of October. Eight league games have gone since with Rovers losing none of them.

In addition, they have won each of their last four league meetings, a run that cements their place at the top of the table.

They are six points clear of second-placed Northampton Town and even have a game in on hand on their nearest rivals too.

Their away form in the league has been sublime so home advantage doesn’t necessarily count for much for Oldham, but they did lose away from home in the Emirates FA Cup to lower league opposition, St Albans.

Latics have failed to win any of the six competitive meetings between the two clubs, a run they will hoping to put to an end this weekend.

Rovers managed to win both games played between the clubs last season.

The last time they met was in May at Boundary Park. The visitors were comfortable winners with Aaron Collins scoring a brace, as well as a goal from Odin Bailey, giving them a 3-0 win.

At the New Lawn, Forest Green won 4-3 at the second time they attempted to play the game.

The game was first played in January 2021 but had to be abandoned due to fog and other weather conditions. The score was 1-1 at the time of the abandonment.

Forest Green Rovers have many players to watch out for and they can boast of having two of the top three goalscorers in the division.

Jamille Matt and Matthew Stevens both have 11 goals to their name already in this campaign. 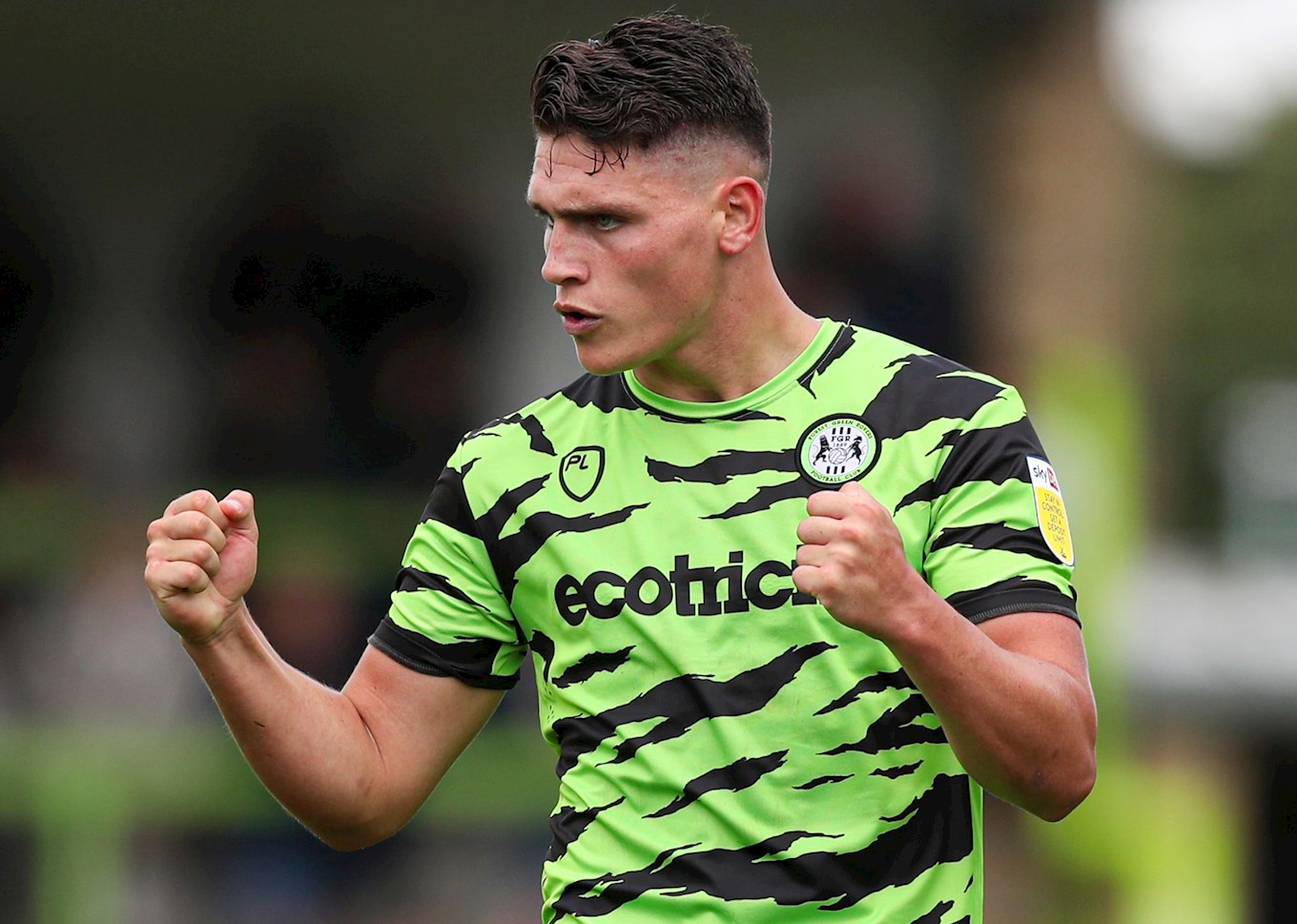 Both men come into the game on the back of a good run of form, having netted in their last outing; a 4-1 triumph away against Harrogate Town.

Oldham fans may remember that Jamille Matt was amongst the goals in the Rovers’ 4-3 win over Oldham at the New Lawn back in February of this year. 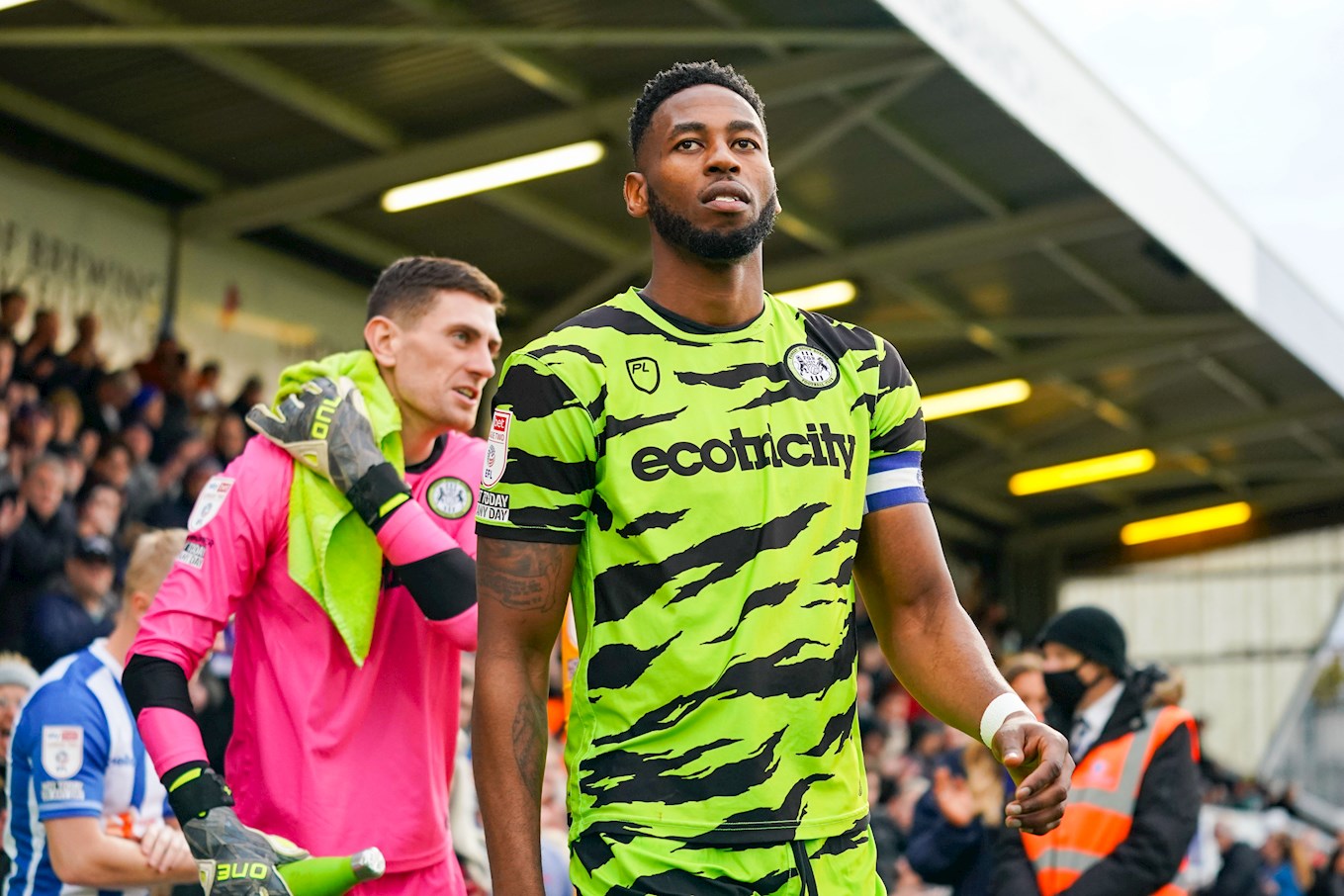 Latics’ defence will have their work cut out to keep both men quiet.

Rob Edwards is the man in the dugout for the visitors. 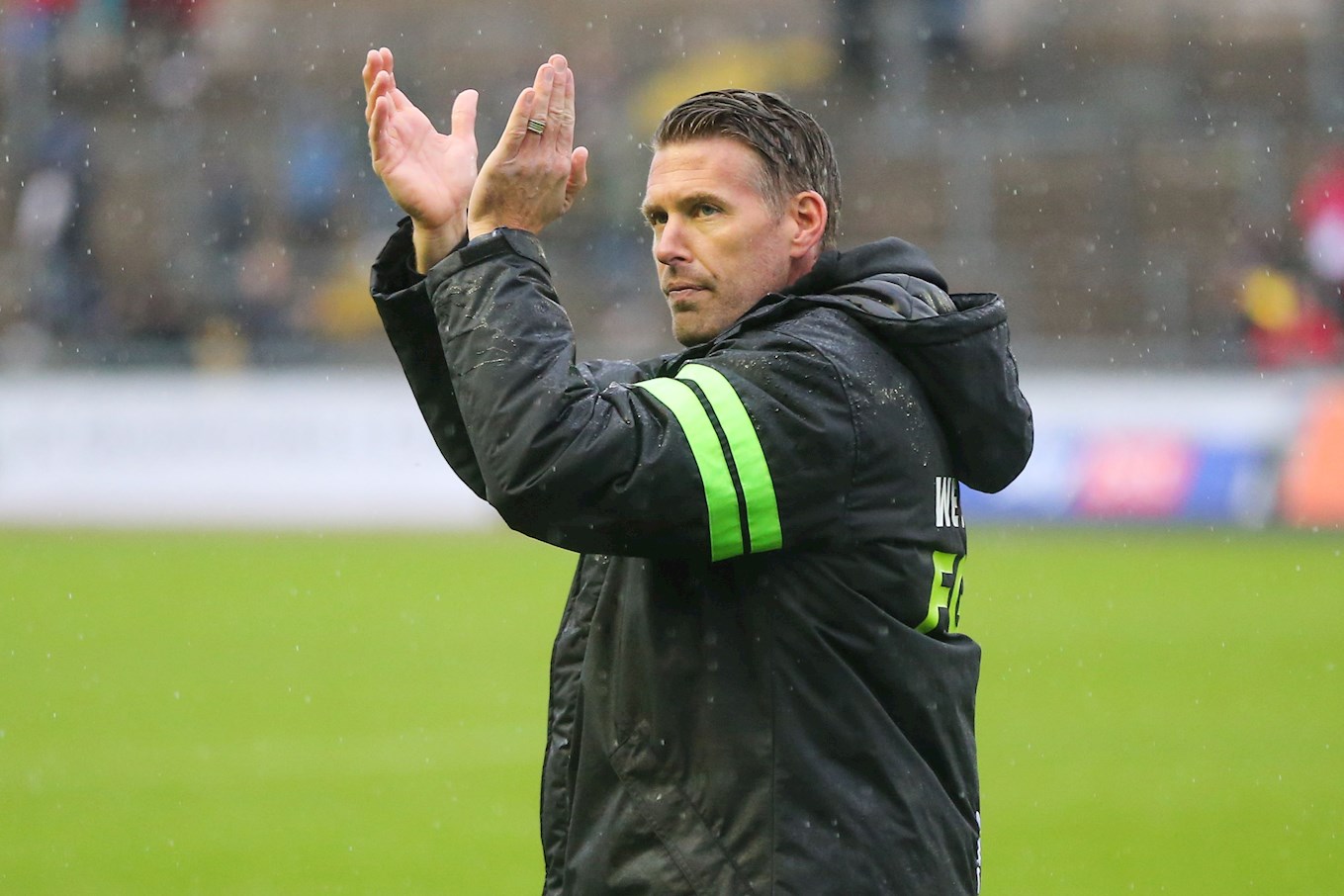 The official in the middle for the game is Andrew Kitchen. 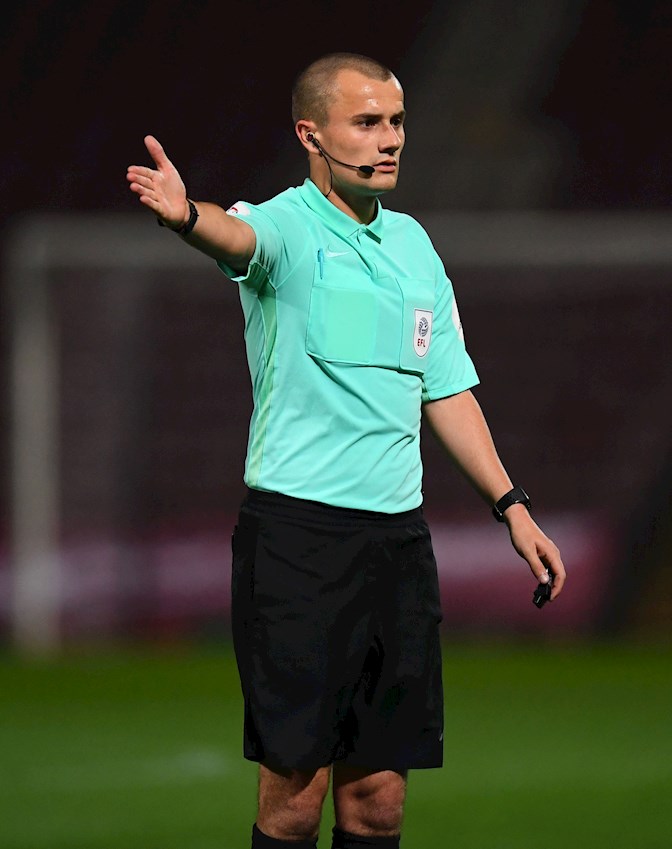 Kitchen last officiated a Latics game in September 2021 as we lost 2-1 against Leeds United U21s at Boundary Park. On that day, he handed out one yellow card and zero red cards.

He's taken charge of 14 games, so far, this campaign, handing out a total of 38 yellow cards and one red card.

Kitchen will be assisted by Richard Wigglesworth and Paul Newhouse, with Billy Smallwood as the Fourth Official.

Forest Green is predicted to continue their impressive run when they come to Boundary Park and are priced up at 3/4 to do so.

Latics will be hoping they can turn a performance into a positive result and are 100/30 to get their first competitive win over Forest Green Rovers.

Meanwhile, 13/5 is available for the game to be a draw. 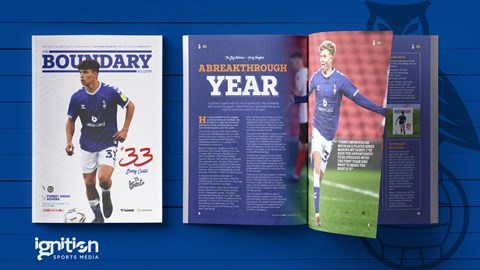 Latics picked up a well-earned point on home turf against high-flying Forest Green Rovers after a whirlwind of a game.

Early on, Davis Keillor-Dunn gave his side the advantage with a wonder-strike from distance before Jack Aitchison’s goal and a Jamille Matt brace sent the Gloucestershire-based outfit into the break with a seemingly comfortable lead.

In the second-half, Matty Stevens fired a fourth for the visitors, however, two quick-fire goals from Keillor-Dunn and Hallam Hope ignited confidence in the team before Stevens added his second of the match.

Jack Stobbs became the hero for Latics as he wonderfully curled a strike into the far corner after cutting inside from the left-flank, and then, with just over ten minutes remaining, the substitute’s cross was turned into his own net by Kane Wilson to complete the comeback.

After a frustrating defeat against Tranmere Rovers in midweek, Selim Benachour opted for five changes to his side as he demanded a reaction from his players in the last home fixture before Christmas.

Dylan Bahamboula, Sam Hart, Jordan Clarke and Callum Whelan returned to the starting XI alongside Junior Luamba, who was making his first appearance since the victory over Sutton United in August.

The hosts displayed attacking intent from the offset with Benny Couto working their shot-stopper in the early exchanges. In typical fashion, Nicky Adams executed a pinpoint cross into the area which found the promising talent, but his powerful header forced Luke McGee into an excellent save.

In the 11th minute, Latics broke the deadlock as Keillor-Dunn produced a goal of the season contender. After neat interchanging football, the creative midfielder received possession around 35-yards from goal before rifling his strike into the top corner which left the ‘keeper with absolutely no chance of keeping it out.

However, the joy was short-lived as Forest Green, officially the ‘greenest’ football club in the world, responded just two minutes after Keillor-Dunn’s goal. Wilson illustrated immense vision to slot Aitchison one-on-one with Jayson Leutwiler before the former Celtic man fired under the goalkeeper for his fifth of the campaign.

Rob Edwards’ outfit took the lead with 27 minutes on the clock through their well-travelled skipper. Similar to their opener, Matt, a former transfer target during Dino Maamria’s tenure, found himself clean through on goal after being picked out by his strike partner, Stevens, and the target man slotted under Leutwiler.

Jamie Bowden showcased a bit of character as he dribbled past a few defenders inside the visitors half before cutting inside and curling an effort towards goal, however, it went just over the shot-stopper’s crossbar.

The Green Devils are currently sitting comfortably at the top of the table, and they extended their advantage before the interval with Matt scoring his 14th of the season. Nicky Cadden’s notorious left-foot picked out the forward inside the six-yard box and Matt coolly steered his header into the back of the net.

After the restart, the league’s top scorers added another to make it four courtesy of Stevens. Wilson, once again, delivered an inviting cross into the area and the striker managed to adjust his body to turn the ball past the ‘keeper in front of the away supporters to make it seven goals in eight games for himself.

Although, Benachour’s men restored a bit of faith in the encounter through one of the interim Head Coach's substitutes. Bahamboula raced down the right-flank before picking out Hope with a low cross and the attacker flicked through the legs of McGee at the near post.

The world’s first vegan football club were fearing a Latics comeback when the boys in blue pulled another goal back in the 59th minute. Adams’ cross was cleared into the path of Keillor-Dunn inside the penalty box and the 24-year-old found the bottom corner with his composed attempt.

As the rain poured down in Greater Manchester, so did the goals as Forest Green restored their two-goal lead. Initially, Leutwiler produced a fine double save before the ball fell to the feet of Stevens and the former amateur boxer blasted an effort beyond the man between the sticks.

Arsenal defender, Hector Bellerin is the second-largest stakeholder in the Green Army because of their environmentally-friendly nature, however, they demonstrated anything but Premier League quality defending as Oldham netted a fourth.

Stobbs, introduced from the bench, cut inside from the left-wing before curling his effort into the far corner which got the supporters dreaming of much-more in the game.

Remarkably, Latics continued to show desire and determination in order to get something from the game and they got their rewards in the 78th minute of the match. Stobbs’ whipped cross took a deflection off Wilson and it rolled into his own net which sent the players delirious in celebration.

The backline remained resolute in the added time to hold on to a vital point against the table-toppers in a game that mirrored the excitement of our 5-4 victory over Peterborough United in January 2014. 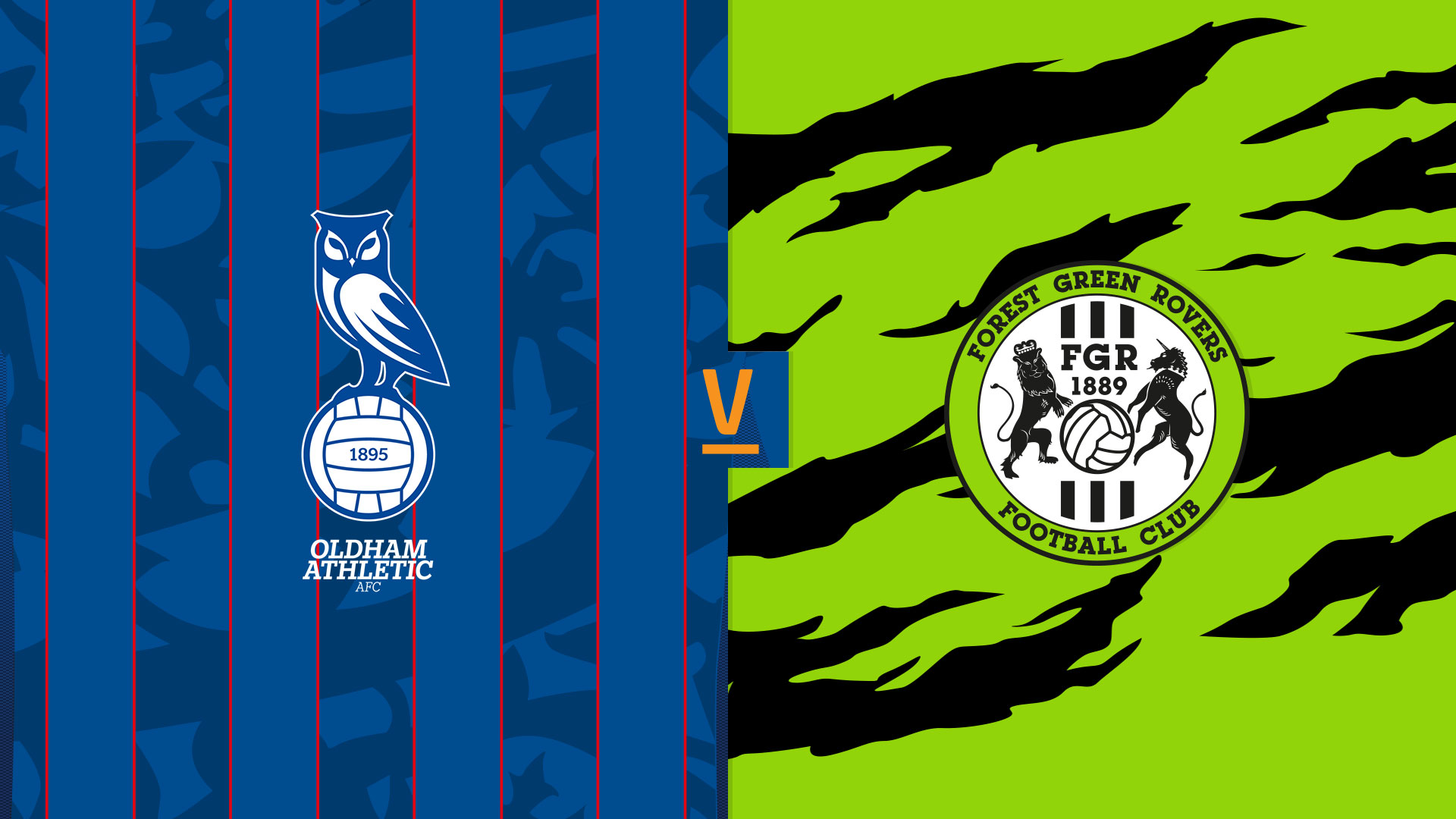 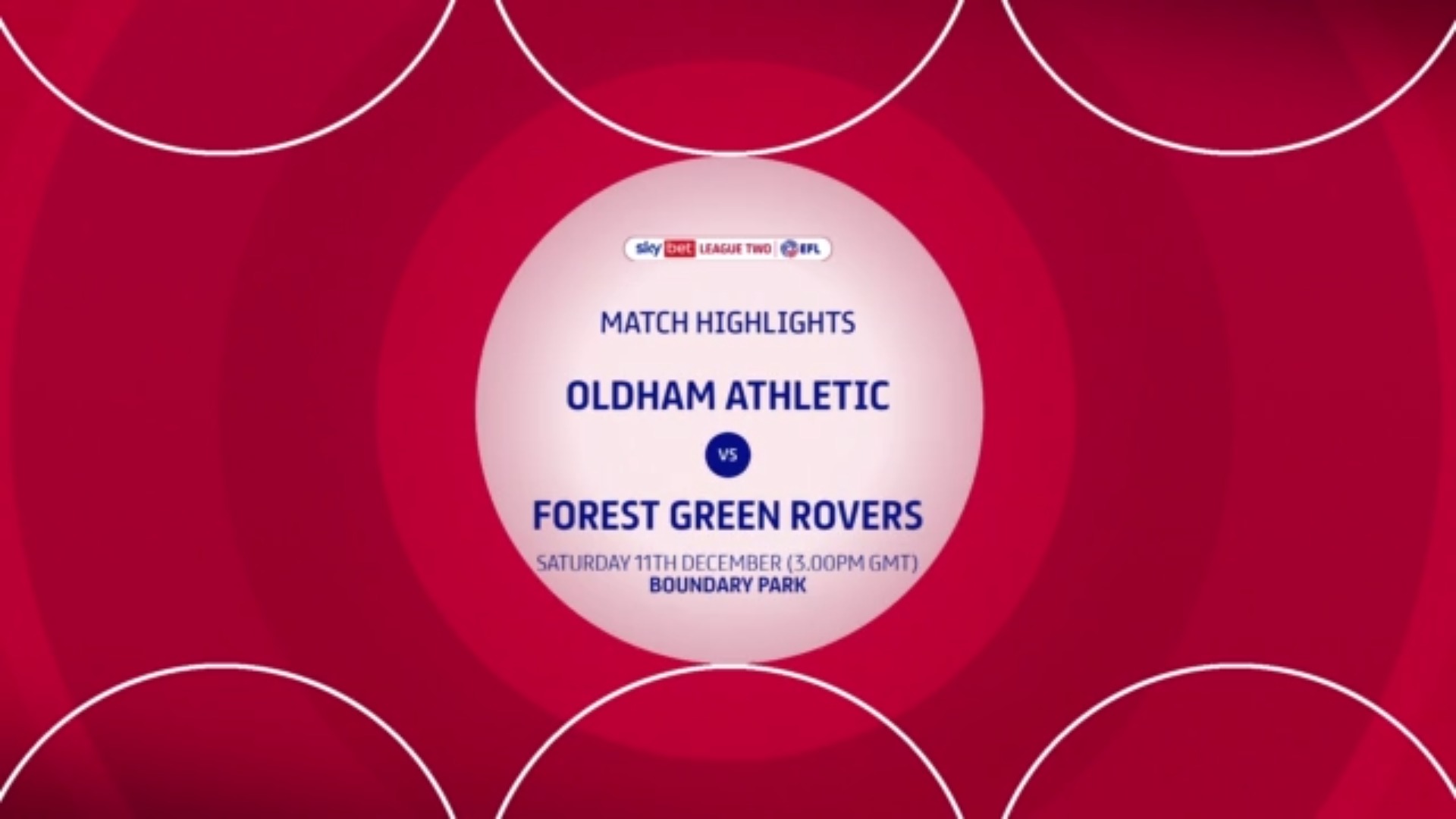 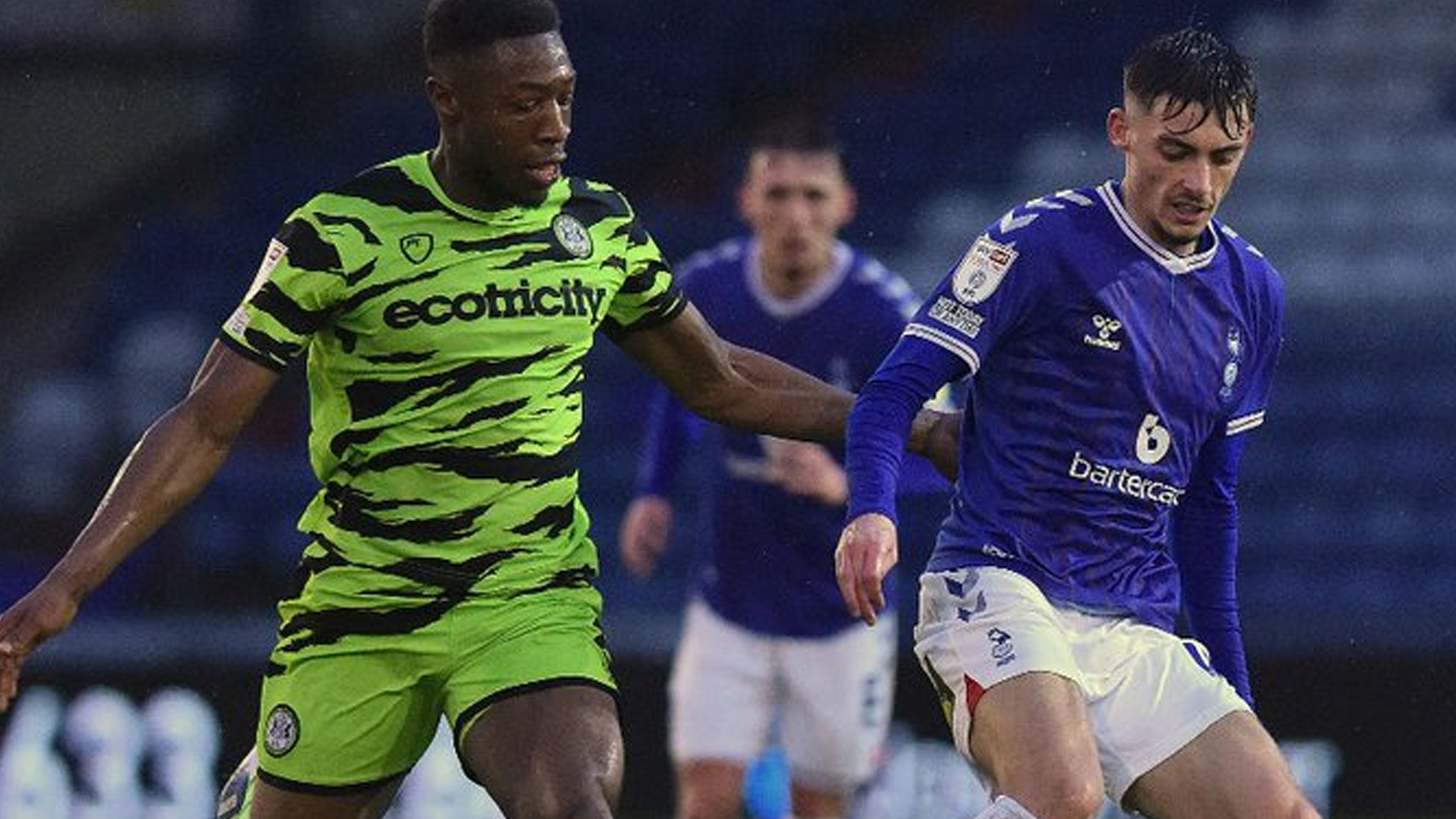