Latics are back in action tomorrow night as they face Bristol Rovers at Boundary Park in Sky Bet League Two (7:45pm KO).

John Sheridan’s men will be boosted by the win over Scunthorpe United at Glanford Park and will be hoping to make it consecutive victories this time around. 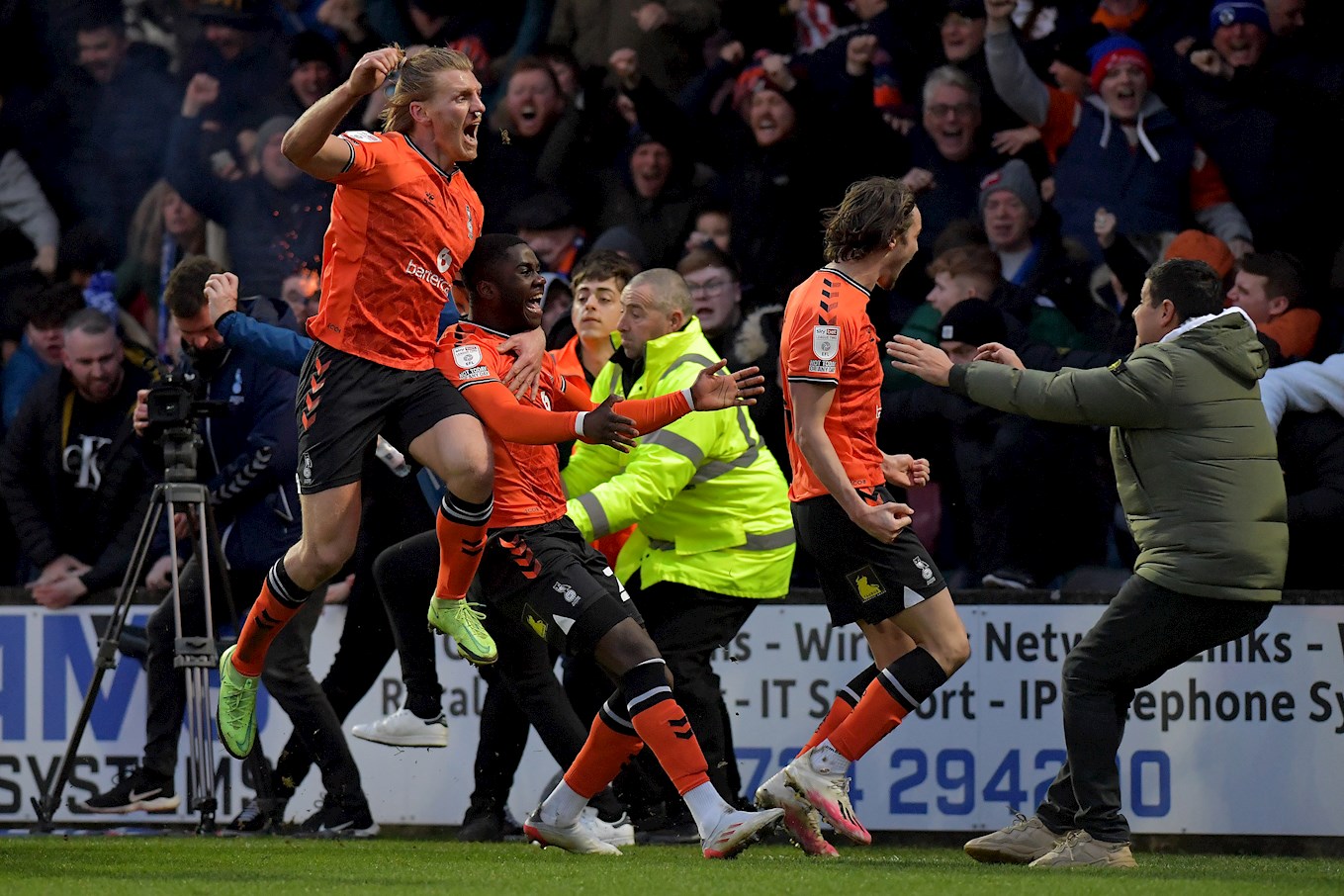 Substitute Junior Luamba had a winning impact, supplying the smart finish to score the only goal of the game in the 83rd minute.

Bristol Rovers come into this game on a good run of form in the league.

Unbeaten in their previous six league meetings in a sequence that has yielded four wins and two draws.

This is a run that was preserved by a late Anthony Evans spot-kick to earn a point away at the high-flying Sutton United.

Rovers are mid-table in League Two, occupying 13th place currently but they do have games in hand on most of their immediate rivals which could see their standings look more appealing.

Elsewhere, they recently saw their Emirates FA Cup journey come to an end as they lost out 2-1 to League One outfit Peterborough United in the Third Round of the competition a month ago.

In the third game of the current season, the two sides met at the Memorial Stadium.

The game was decided by a headed Harvey Saunders effort that saw Latics leave empty-handed and still pointless in League Two.

Prior to that, you have to go back to the 2017/18 season for the last time the two clubs met where Oldham picked up four points from the available six.

At Boundary Park, a Craig Davies equaliser earned Latics a point whilst goals from Jack Byrne, Davies, and Eoin Doyle saw them claim a 3-2 win in the reverse fixture.

The signing of highly-rated youngster Elliot Anderson on loan from Newcastle United looks to be a real coup for Rovers. 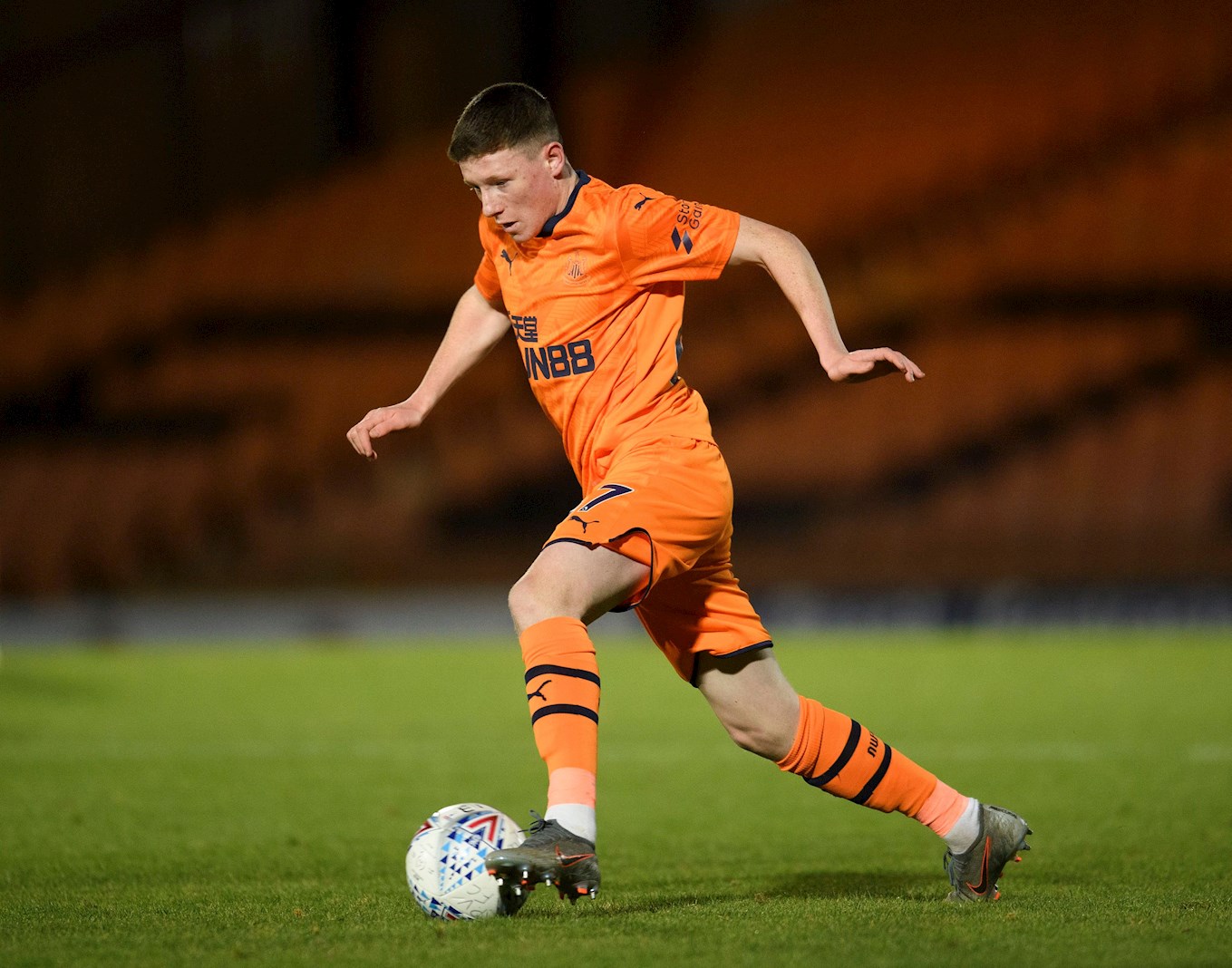 There has been plenty of interest in acquiring the services of Anderson including some from sides in higher divisions.

The 19-year-old attacking midfielder has been on the periphery of the Magpies’ squad for a little time now and the move will see him gain first-team action.

To date, he has played twice for Newcastle, both at the Emirates against Arsenal. The first was an FA Cup tie before he later made his Premier League debut.

Appearing for the first time for Rovers in the 1-1 draw at Sutton, Anderson impressed and contributed to his side taking a point from the game.

Born in the North East of England, Anderson also has Scottish heritage and has lined up for youth sides of both the England and Scotland national teams at various age groups.

Joey Barton is the man in the dugout for the visitors. 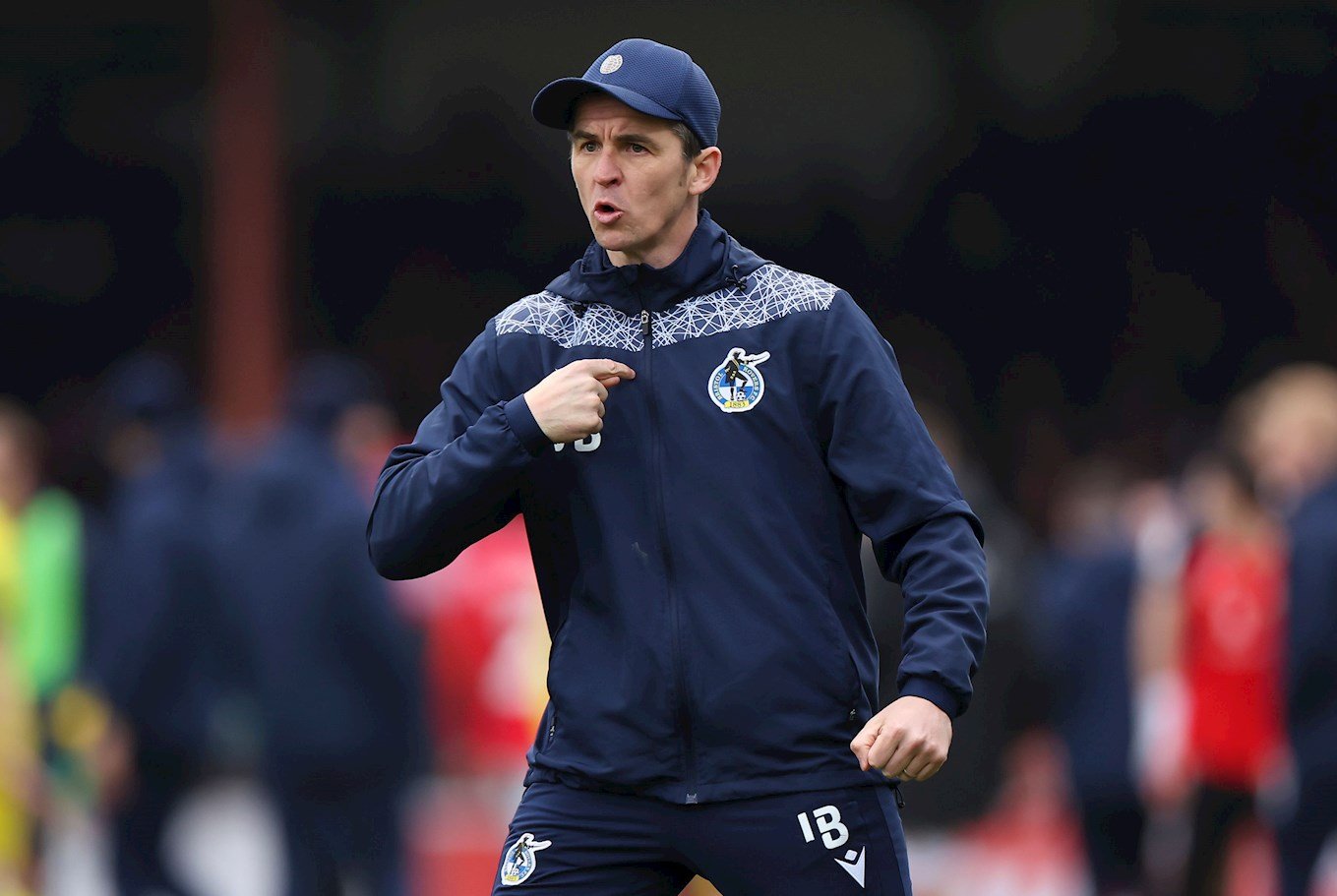 He's enjoying his second job in football management since his retirement, but he was unable to prevent Rovers’ relegation last season from League One.

His other posting came with Fleetwood Town in the third tier of English football.

He can also boast a solitary England cap to his name, which he picked up from the bench in a 1-0 defeat to Spain back in 2007. 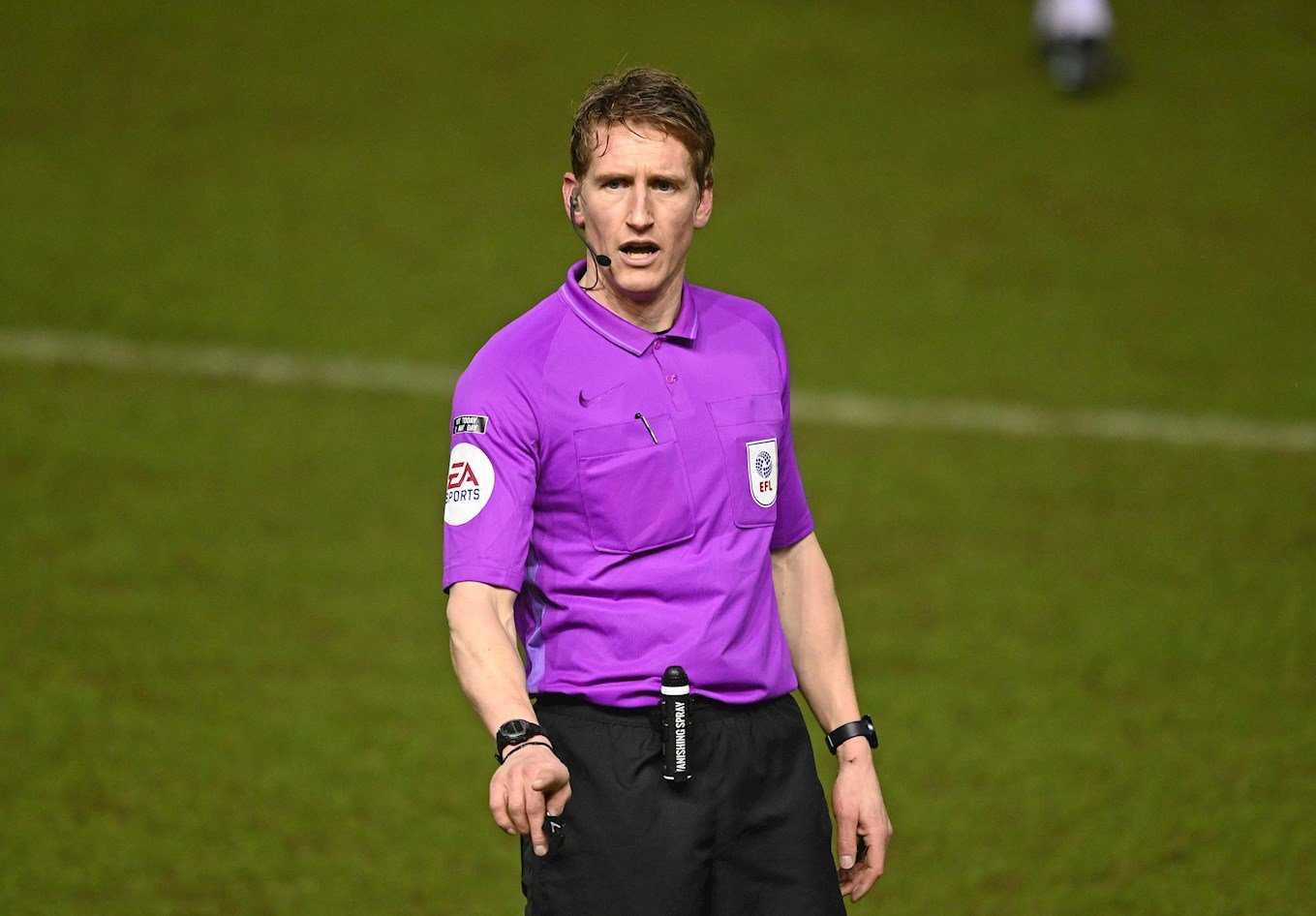 Oldham last officiated a Latics game in August 2021 for the Carabao Cup victory against Tranmere Rovers at Boundary Park. On that day, he handed out two yellow cards and zero red cards.

He's taken charge of 24 games, so far, this campaign, handing out a total of 72 yellow cards and two red cards.

Oldham will be assisted by Mark Cunliffe and David Hunt, with Ian Smedley as the Fourth Official.

In form, Rovers are unsurprisingly favourites to win the game and are 13/10 to come away from Boundary Park with maximum points.

Latics on the other hand are 2/1 to make it back-to-back league victories. 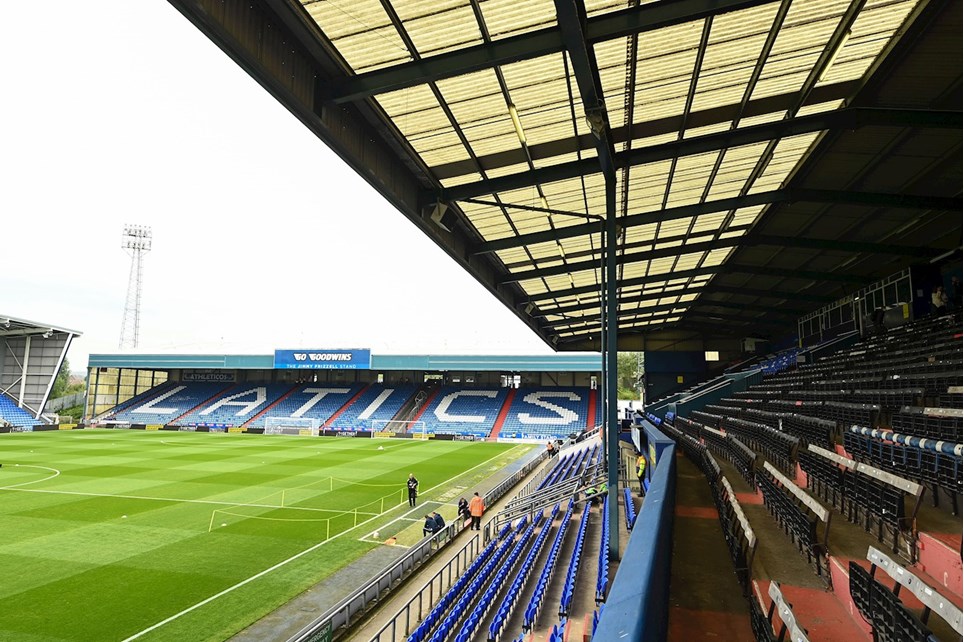 
Following discussions with the Safety Advisory Group (SAG) and Greater Manchester Police (GMP), the home fixture on Saturday 19 February (3pm KO) will be all-ticket with no pay on the day. 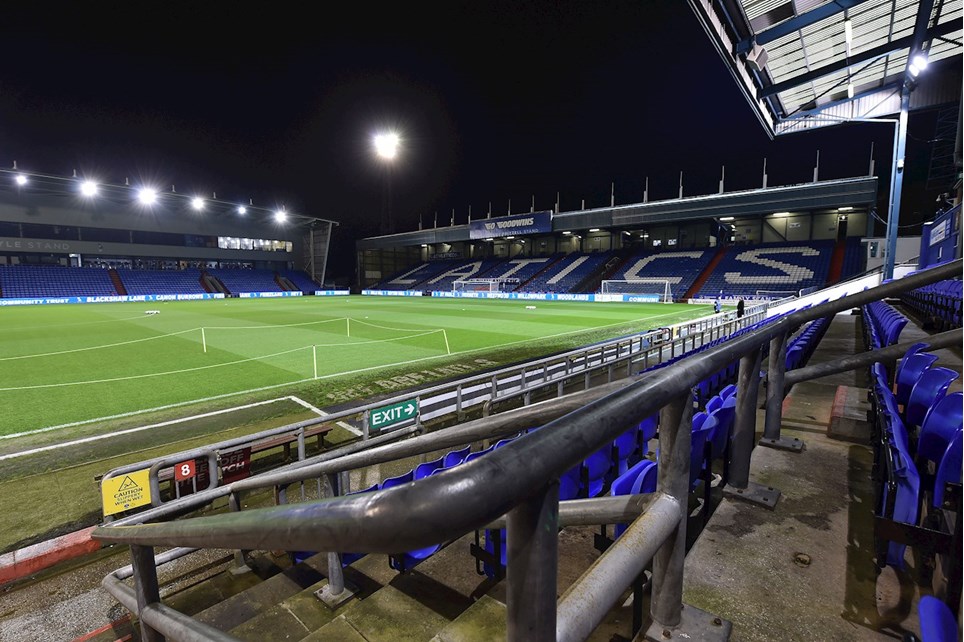 
Latics supporters, including those in the UK, who can't attend will be able to watch the Sky Bet League Two fixture against Bristol Rovers (Tuesday 7 January, 7:45pm KO) by purchasing a live streaming...

Latics make it back-to-back wins after producing a thoroughly professional performance against an in-form Bristol Rovers.

Davis Keillor-Dunn made an instant impact as he fired the opening goal of the match inside the first minute with an empathic finish whilst clean through on goal.

After Junior Luamba’s strike was disallowed, Keillor-Dunn doubled his, and his side’s, tally for the evening as he neatly found the bottom corner from close range which lifted the atmosphere.

Bristol Rovers responded just before half-time when Sam Nicholson, at an acute angle, slotted his low strike into the back of the net, but the Greater Manchester-based outfit demonstrated solidity to hold on for the win.

At the weekend, the ‘boys in blue’ manufactured a stunning victory against Scunthorpe United which caused bedlam in the terraces and Shez made two changes to his line-up for the visit of the Gas as Dylan Bahamboula and Junior Luamba returned to the side.

Unfortunately, Mike Fondop missed out through concussion protocol following sustaining a head injury last time out. Also, Tope Obadeyi was unavailable for the encounter as he struggled with his fitness after enduring 90 minutes on Saturday.

Prior to kick-off, the Club announced a proud partnership with Her Game Too as well as dedicating the fixture against Bristol Rovers to the organisation. Their valuable work plays a vital and important role within the game and the community for female supporters.

Latics’ last triumph over the visitors on home turf occurred in April 2010 as Lewis Guy and Deane Smalley fired into the back of the net in order to secure a two-nil scoreline with the current squad endeavouring for a similar outcome after they opened the scoring inside a minute.

A defensive mistake allowed for Nicky Adams to slot Keillor-Dunn one-on-one with Anssi Jaakola and Oldham’s talisman remained composed as he smashed his attempt past the ‘keeper into the roof of the net.

Moments later, Junior Luamba, coming into the game full of confidence, thought that he’d made it two goals in two games for himself after slotting inside the near post, however, the linesman had already raised his flag. A very tight call.

Aaron Collins – who has previously played under Shez – ran riot at Boundary Park in the final encounter of last season for Forest Green Rovers, and he exemplified his quality when he adjusted his body on the edge of the area to steer a low effort towards the bottom corner, but he was excellently denied by Danny Rogers.

With the Athleticos creating an electric atmosphere in the terraces, Bahamboula strived to entertain them with a trademark individual piece of brilliance. The flamboyant attacker glided past a defender before cutting inside to try his luck from 30-yards out, but the shot-stopper produced a fine save to keep him at bay.

From the resulting corner, Shez witnessed his side double their lead courtesy of Keillor-Dunn, again. Adams delivered a pinpoint corner to Carl Piergianni, and then, the towering skipper directed the ball into the path of his teammate, and he managed to tap in from inside the six-yard box.

Joey Barton, a notorious figure within the game, will have adapted his half-time team talk as his side pulled a goal back just before the interval. Fresh off the bench, Nicholson persisted with possession as he kept his cool from a tight angle as he placed a low effort under the goalkeeper which gave the travelling contingent a glimmer of hope.

Early into the second-half, Adams continued to torment their backline with his instrumental crossing ability. Callum Whelan illustrated immense vision to produce a reserve pass towards the veteran on the left-hand side, but Christopher Missilou couldn’t make any contact on his delivery across the face of goal.

Keillor-Dunn forced his way down the right-flank before he crossed towards Luamba, the forward contrived a glancing header that looked bound for the goal, however, Jaakola, remarkably, tipped his attempt over his crossbar.

In the 79th minute, controversy arrived as the referee failed to award Latics a goal which sparked frustration amongst the home crowd. Whelan cannoned an effort off the crossbar before it bounced over the line – players reeled away in celebration – but the official, somehow, declared it not to be a goal.

As the final whistle neared, Bahamboula dribbled to the byline, and then, expertly pulled it back to Adams, however, his effort, that lacked conviction, went straight at the goalkeeper to his relief.

The Pirates were gifted a free-kick with minutes to spare after Jordan Clarke tripped up Sam Finlay in a dangerous position. Luke Thomas stepped up to take the free-kick, but his well-struck set-piece was tipped over the crossbar by Rogers as Bristol Rovers tasted defeat for the first-time since the start of December.


Following discussions with the Safety Advisory Group (SAG) and Greater Manchester Police (GMP), the home fixture on Saturday 19 February (3pm KO) will be all-ticket with no pay on the day.


Latics supporters, including those in the UK, who can't attend will be able to watch the Sky Bet League Two fixture against Bristol Rovers (Tuesday 7 January, 7:45pm KO) by purchasing a live streaming... 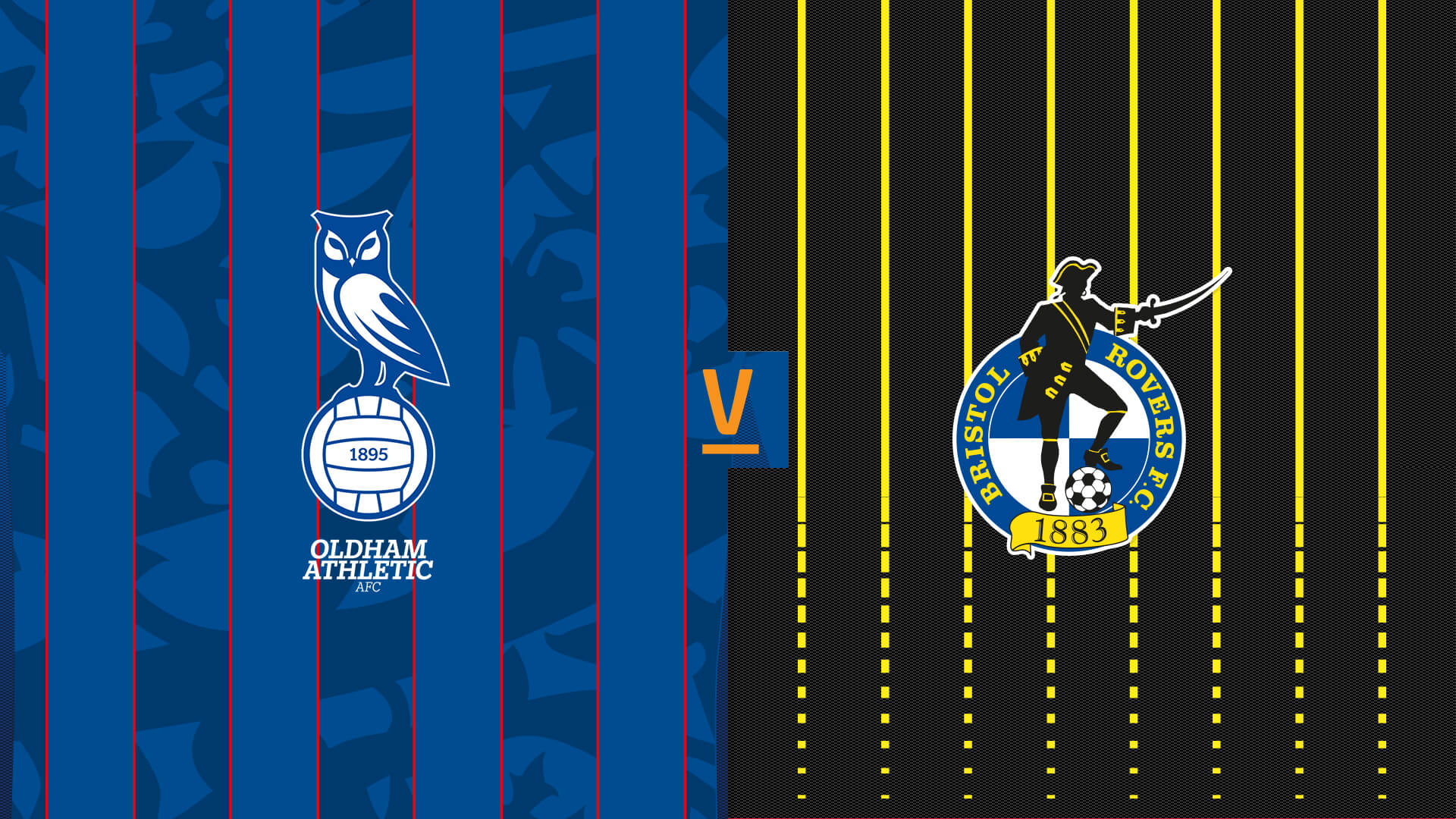 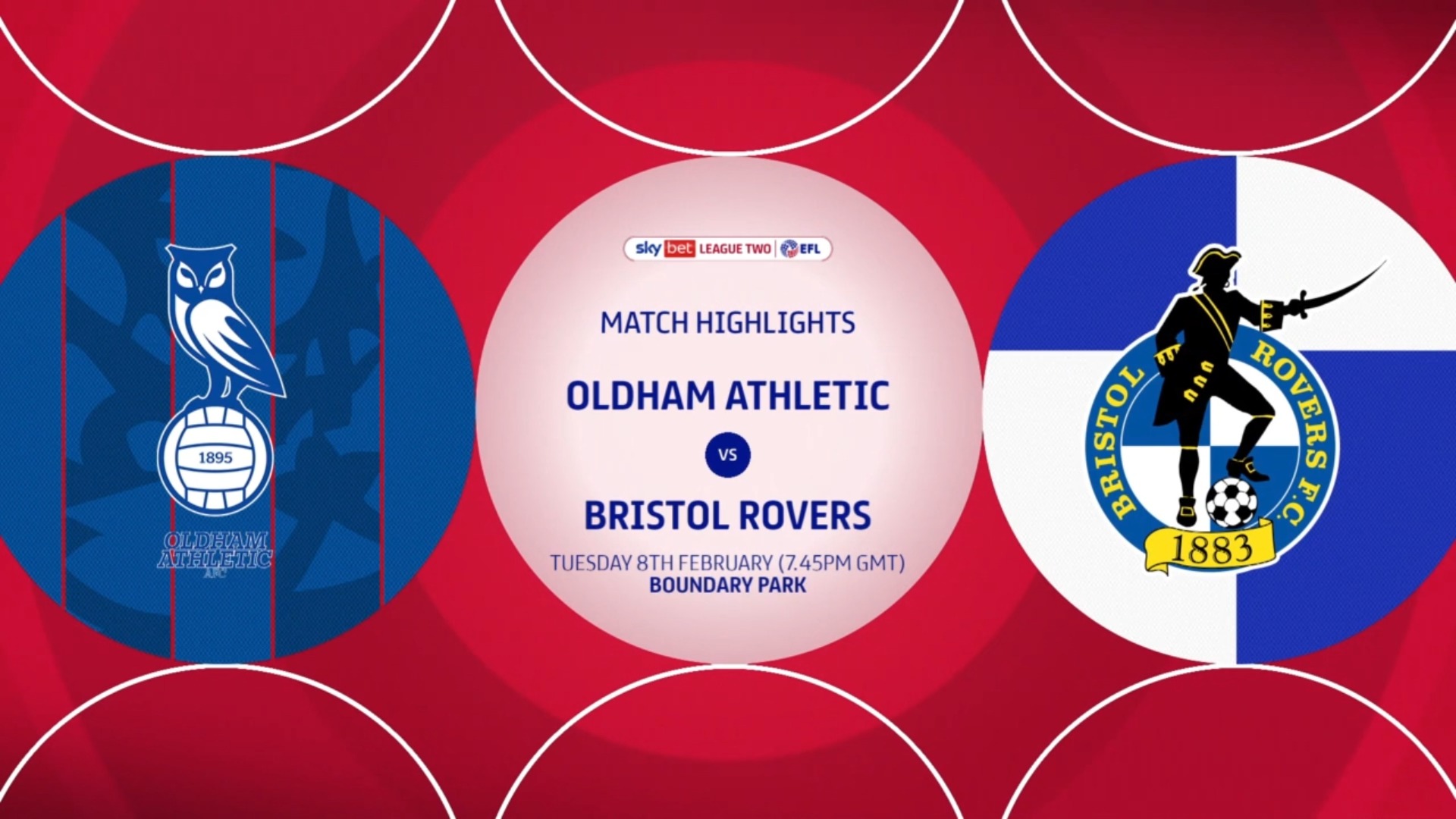 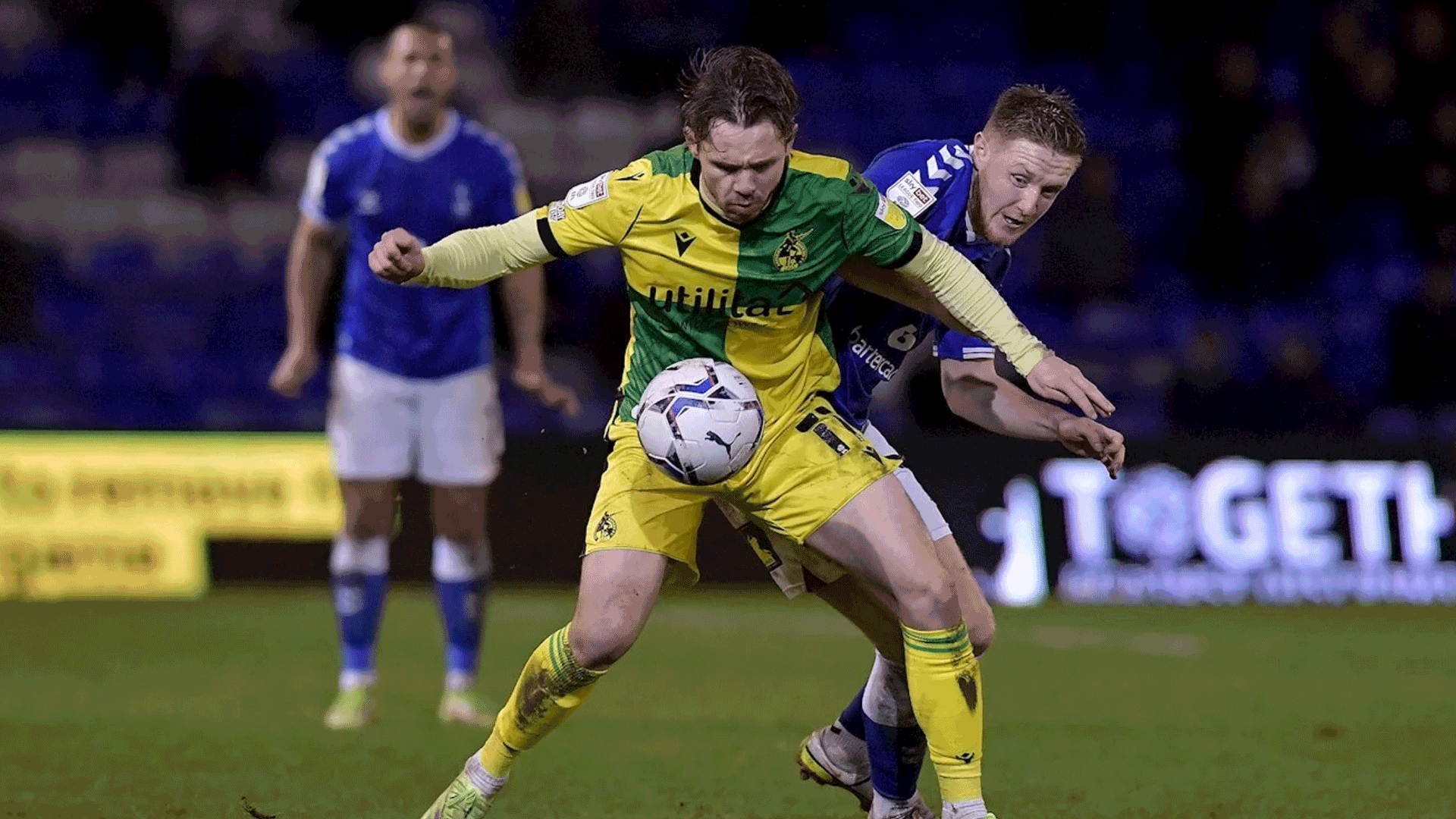