Latics return to Sky Bet League Two action this weekend with a trip down south to take on Exeter City (3pm KO).

Oldham arrive at St. James’ Park on the back of a 3-2 defeat to Tranmere Rovers in the Papa John's Trophy.

Despite defeat, Latics still secured a place in the knockout stages of the competition, achieving a second place finish in the group.

Keith Curle's side can face either Accrington Stanley, Rotherham United, Sheffield Wednesday or Sunderland away with the draw made by the EFL ahead of kick-off in Devon.

Exeter come into the clash in a brilliant run of form that has seen them go 13 league games (14 in all competitions) without tasting defeat, winning their last three in the division as well. 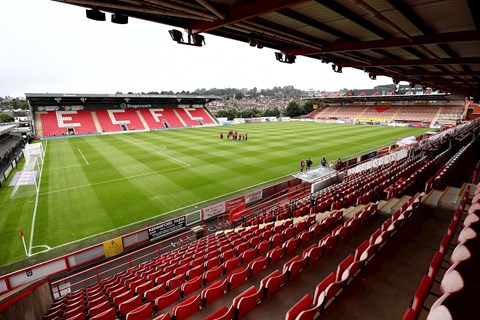 They have also avoided a loss in both the Papa John's Trophy and the FA Cup recently as they overcame Bristol Rovers 5-3 in the former and drew 1-1 away at Bradford City in the former.

It is no surprise that this run of form has the Grecians at the top end of the title. They sit in fourth place, just one point away from a spot in the automatic promotion spots.

Another sign of how good they have been of late is the fact that they have won each of their last three league outings and they will be attempting to make it four when Latics come to town.

Latics enjoyed success against the Grecians in both of the two fixtures between the two clubs in the previous campaign.

Last time they met came at Boundary Park as Keith Curle watched his side pick up the first win of his reign at Latics.

Kyle Jameson and Alfie McCalmont scored for Latics to put them two goals to the good and the hosts were able to hang on despite pressure after Jack Sparkes had pulled one back for the visitors.

In the reverse fixture, Latics successfully came from a goal behind to take all three points putting an end to a 13 match unbeaten run for Exeter.

The eye-catching goals around this time last year came courtesy of George Blackwood and Danny Rowe with Randell Williams on the scoresheet for City.

Matt Jay is the joint top scorer in the division, so far, this season with nine league goals to his name already. 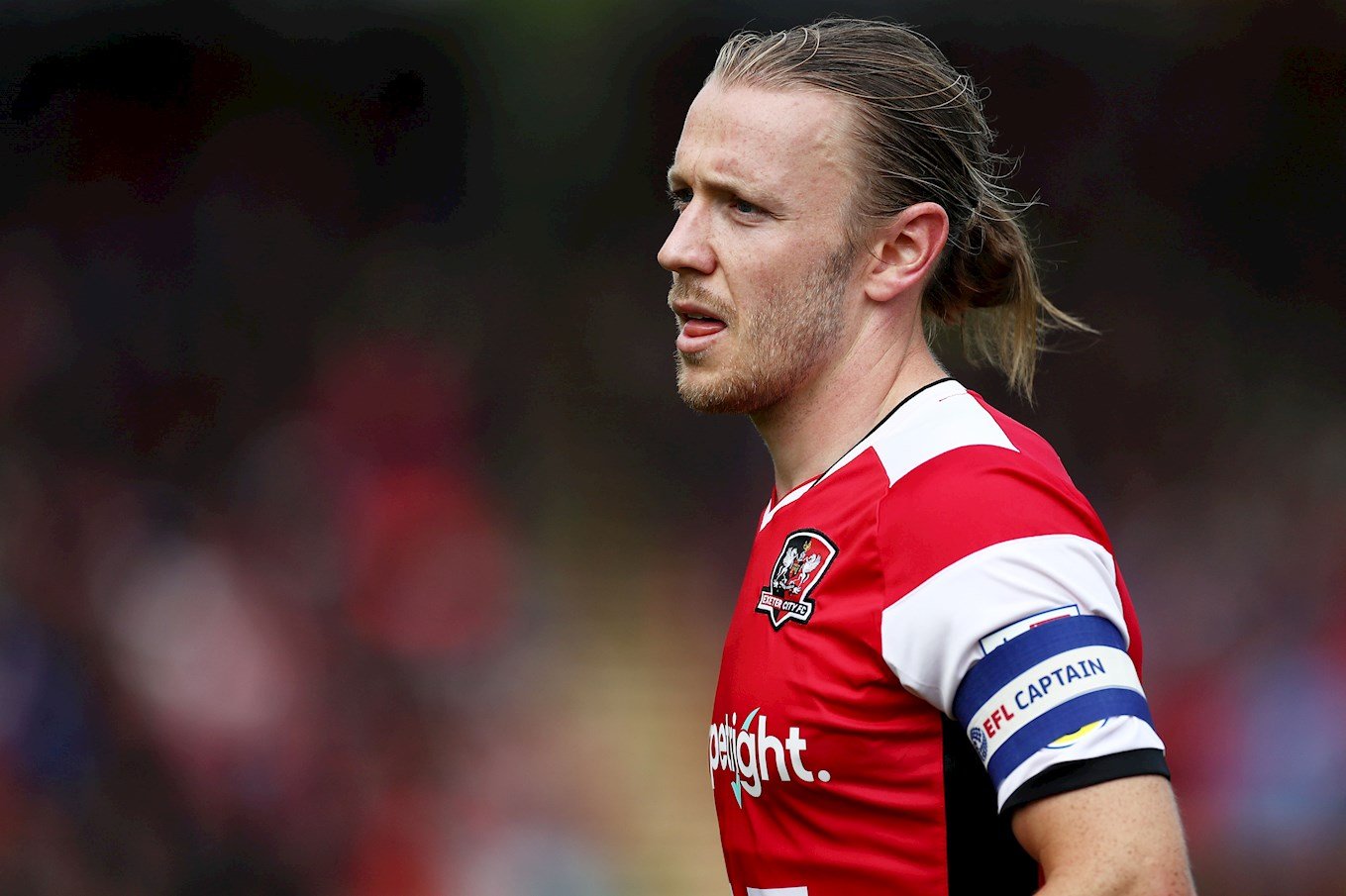 The 25-year-old forward has netted in each of City’s last five League Two outings and Latics will need to be on top of their defensive game to keep him quiet at St. James’ Park.

Jay came through the youth system at Exeter, making his debut back in 2013.

He enjoyed some time away on loan, moving to Weston-Super Mare, Hayes and Yedding United and Truro City.

Last season was his most fruitful campaign to date as he scored an impressive 18 league goals, but he looks set to go even better this time around.

City defender Jonathan Grounds made 109 appearances in all competitions for Latics between 2012 and 2014. 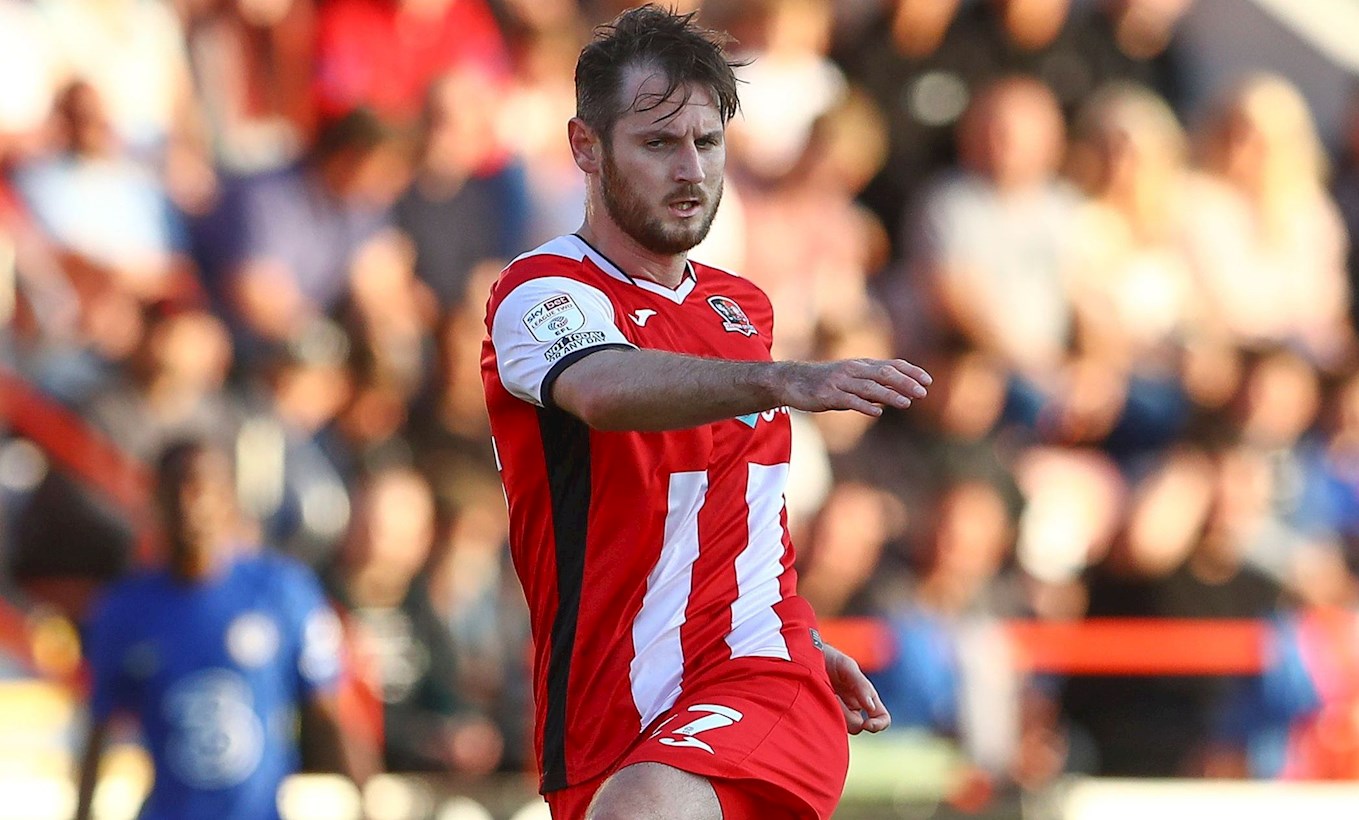 Grounds was born in Thornaby-on-Tees and was a product of Middlesbrough’s academy from a young age.

He went on to play for Boro, making his debut in January 2008 against Liverpool in the Premier League.

The left-back struggled to nail down a place in the Boro side and after a string of loan deals, he decided to move away from his home club, joining Latics.

Following his spell at Boundary Park, Grounds has turned out for Birmingham City, Bolton Wanderers and Swindon Town before making the move to his current club in July 2021.

Taylor was given his first job in management in June 2018 replacing the long serving Paul Tisdale at St James Park. In his first season, the Grecians’ missed out on a place in the top seven by just one point. 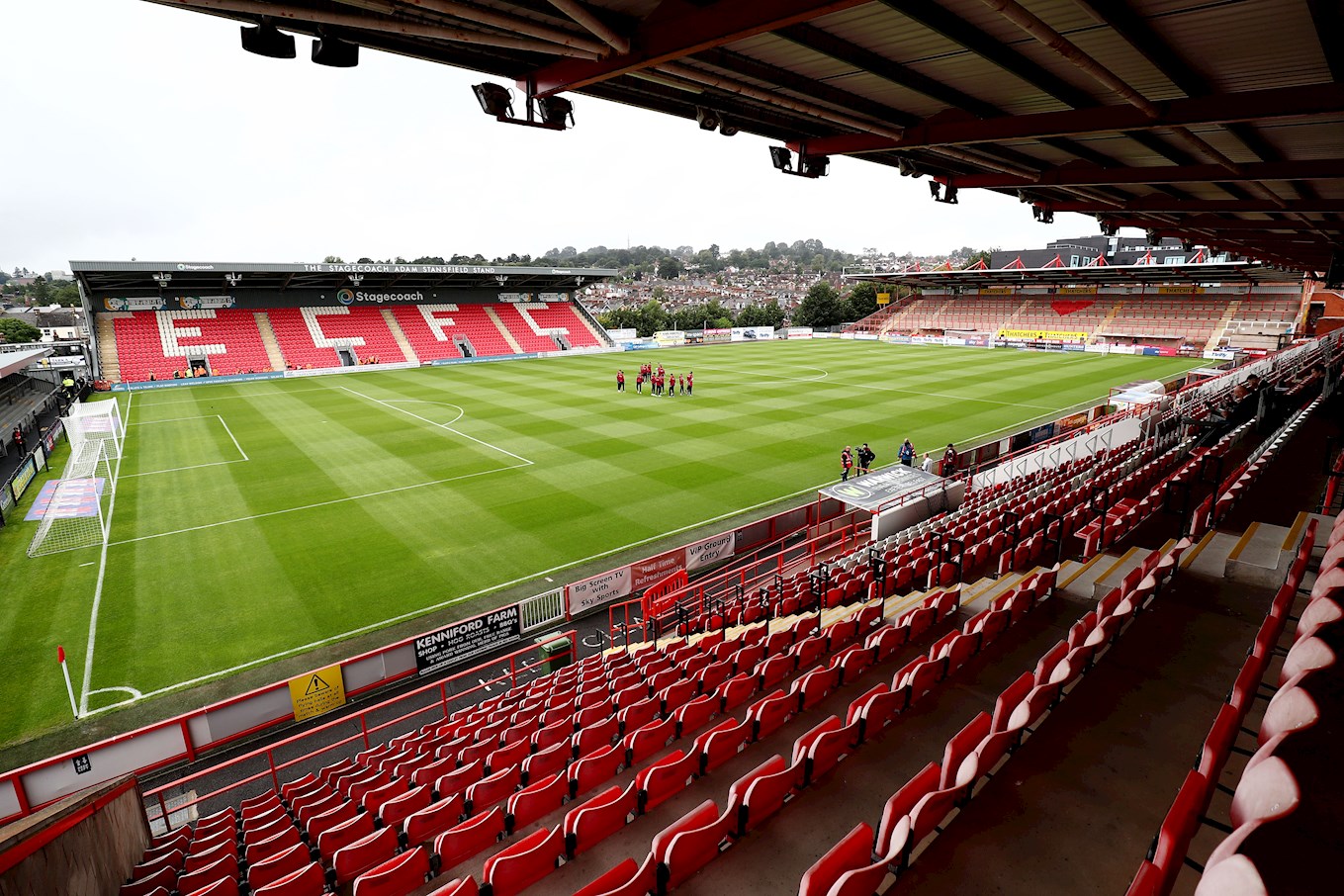 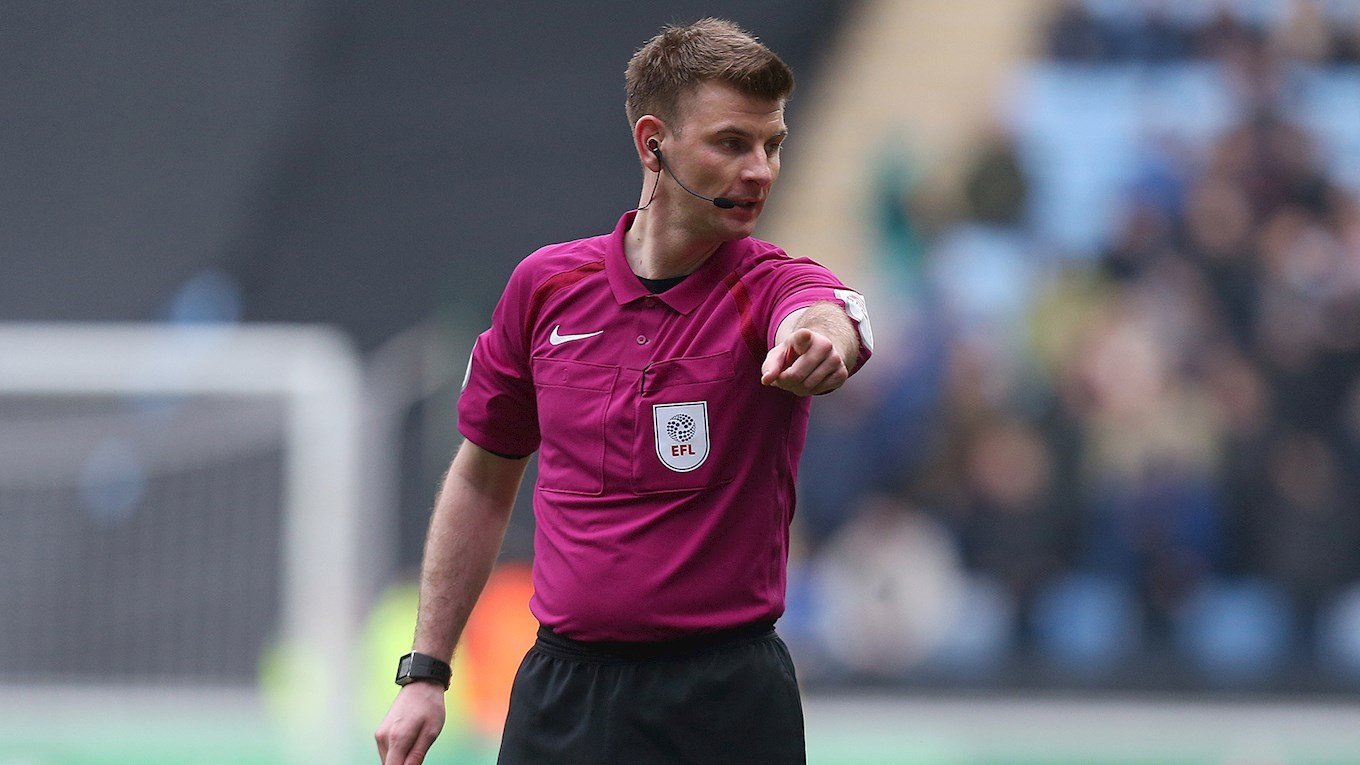 Yates last officiated an Latics game in March 2021 as we picked up a point against Southend United at Boundary Park. On that day, he handed out one yellow card and zero red cards.

He's taken charge of seven games, so far, this campaign, handing out a total of 23 yellow cards and zero red cards.

Yates will be assisted by Simon Shaw and Justin Amey, with Michael Begley as the Fourth Official.

The bookmakers are predicting the Grecians hot run of form to continue as they have them priced as odds on favourites at 7/10.

Latics are considered outsiders at 18/5 whilst 13/5 is available for the draw. 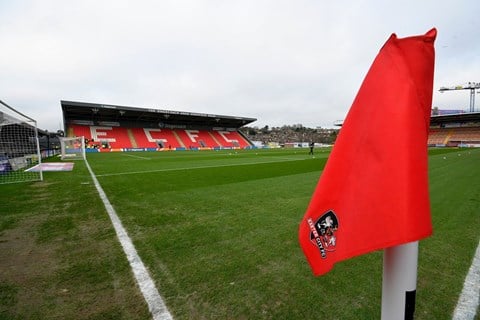 UK based Latics supporters not attending in person will also be able to watch the game by purchasing a live streaming pass for £10.

A brilliant strike from Jamie Bowden was only a consolation as Latics slipped to defeat at St James Park.

The on loan Tottenham midfielder found the target in superb fashion with six minutes remaining but it could not prevent defeat in Devon.

This was always going to be a tough assignment for Keith Curle’s side against an Exeter team who were targeting a club record 14th game without defeat and so it proved.

The home side stuck early in both halves and although Bowden’s goal led to a late rally, Curle’s side will be disappointed with their overall showing.

Curle made one change from the Emirates FA Cup draw at Ipswich last weekend, Nicky Adams starting for the first time since August in place of Dylan Fage.

Adams had been missing with a hamstring injury and with a number of the lengthy absentees also nearing fitness, Ouss Cisse, Jamie Hopcutt and Jack Stobbs were able to take a place on the bench.

Latics had started brightly, Bowden bringing a good early save from Cameron Dawson after a run into the area by Nicky Adams had earned Latics a corner.

Minutes later, Bowden was involved again, feeding the ball out to the left as the visitors broke well, allowing Benny Couto to cut in and his drilled shot flashed narrowly wide of the far post.

Yet things soon turned against Latics, Matt Jay putting the home side in front with a touch and shot from inside the area after a run and pass from Josh Key.

Although the home side proceeded to take control of the play, chances were at a premium. Latics tried to respond as Adams broke down the right again but Hallam Hope was unable to connect with his cross, while a shot from Bowden shot was charged down by Jay.

Nombe headed over from Key’s right-wing cross and the hosts increased their lead early in the second half, Jevani Brown steering the ball home to capitalise on a slip in the Latics defence.

Curle looked to the bench as he tried to bring about change, Hopcutt coming on having been sidelined since August, while Stobbs and Zak Dearnley were also introduced.

Latics’ biggest threat came from the crosses supplied by Adams on the right but despite sending the ball into good areas, there was often no visiting player there to capitalise.

Exeter should have added a third just after the hour, Brown racing clean through on goal having seized on a slip from Jordan Clarke but he sent his effort wide with the target gaping.

By the time Bowden found the target - firing a swerving strike from 30 yards past the outstretched Dawson and into the top right-hand corner - Latics had started to threaten again.

Hopcutt had a chance while Clarke delivered a cross in the closing stages, only for Stobbs to miscue before Adams shot over.

Bowden’s free-kick in stoppage time also struck the Exeter wall but the late flurry could not prevent defeat.

Ticket and travel information for the away fixture at St James Park against Exeter City (Saturday 13 November - 3pm KO).

Tickets will go straight to general sale again from Monday 25 October at 10am and will go off sale the day before the game on Friday 12 November at 10am. The club has received an allocation of 300 standing tickets and 182 seated tickets.

The pricing of tickets purchased in advanced are as follows:

Ambulant disabled fans are charged the appropriate age related price with a free ticket for their carer.

There are three (3) pairs of tickets available for Wheelchair supporters in the away disabled bay in the Main Stand (by the away seats). Fans wishing to purchase these should ring Exeter City direct on 01392 411243 (option 2) or email reception@ecfc.co.uk & tickets@ecfc.co.uk

Tickets are available to purchase on the day with a £1 increase per age category. This can be done at the Away Ticket Booth.

Any pre-purchased tickets that have not been collected from Boundary Park can be collected on matchday from the Away Ticket Booth.

Official coach travel for this fixture has not been arranged due to a lack of interest. Oldham Athletic apologises for any inconvenience caused and have contacted those affected with alternative travel arrangements organised by other local supporters. 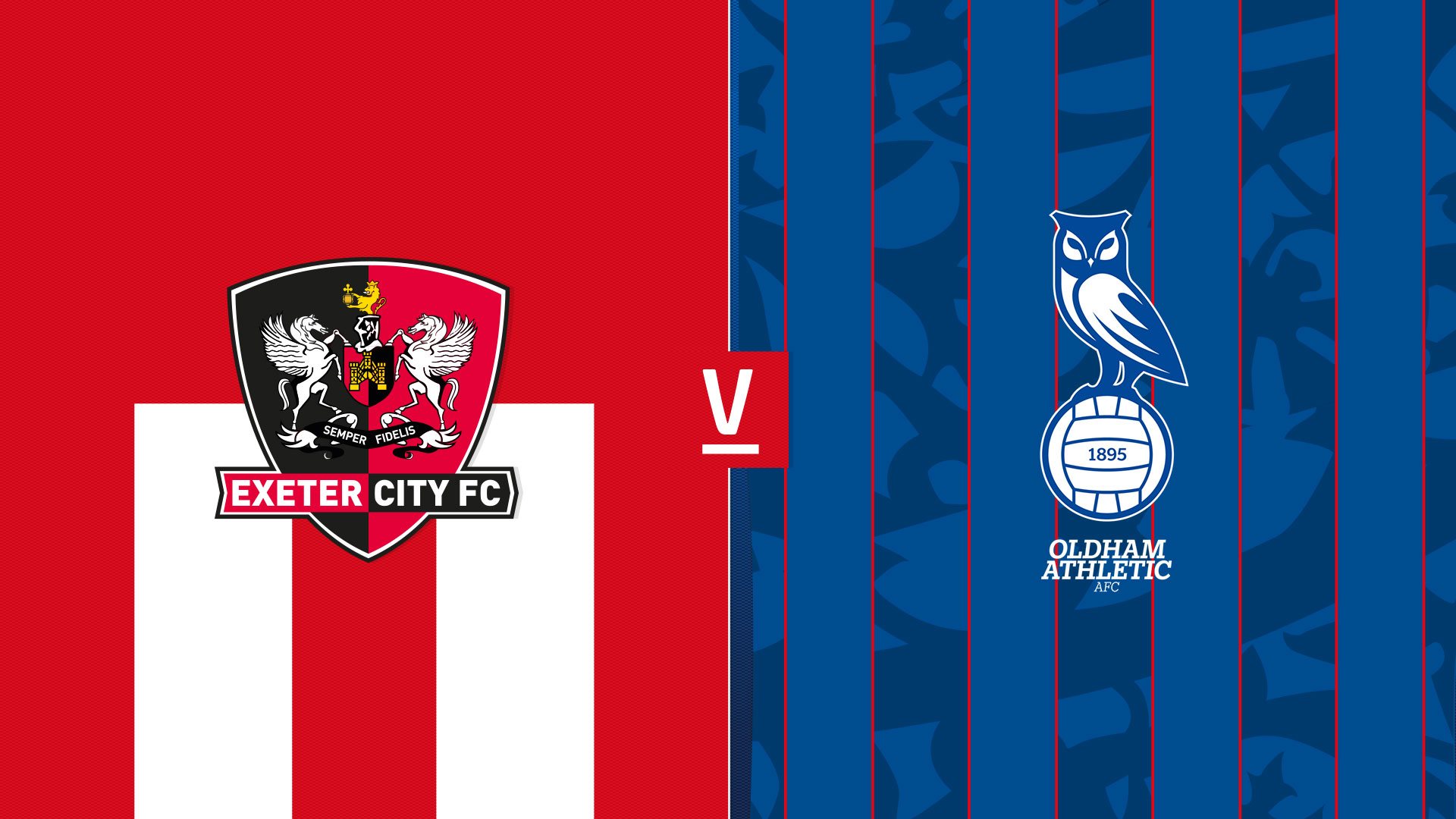 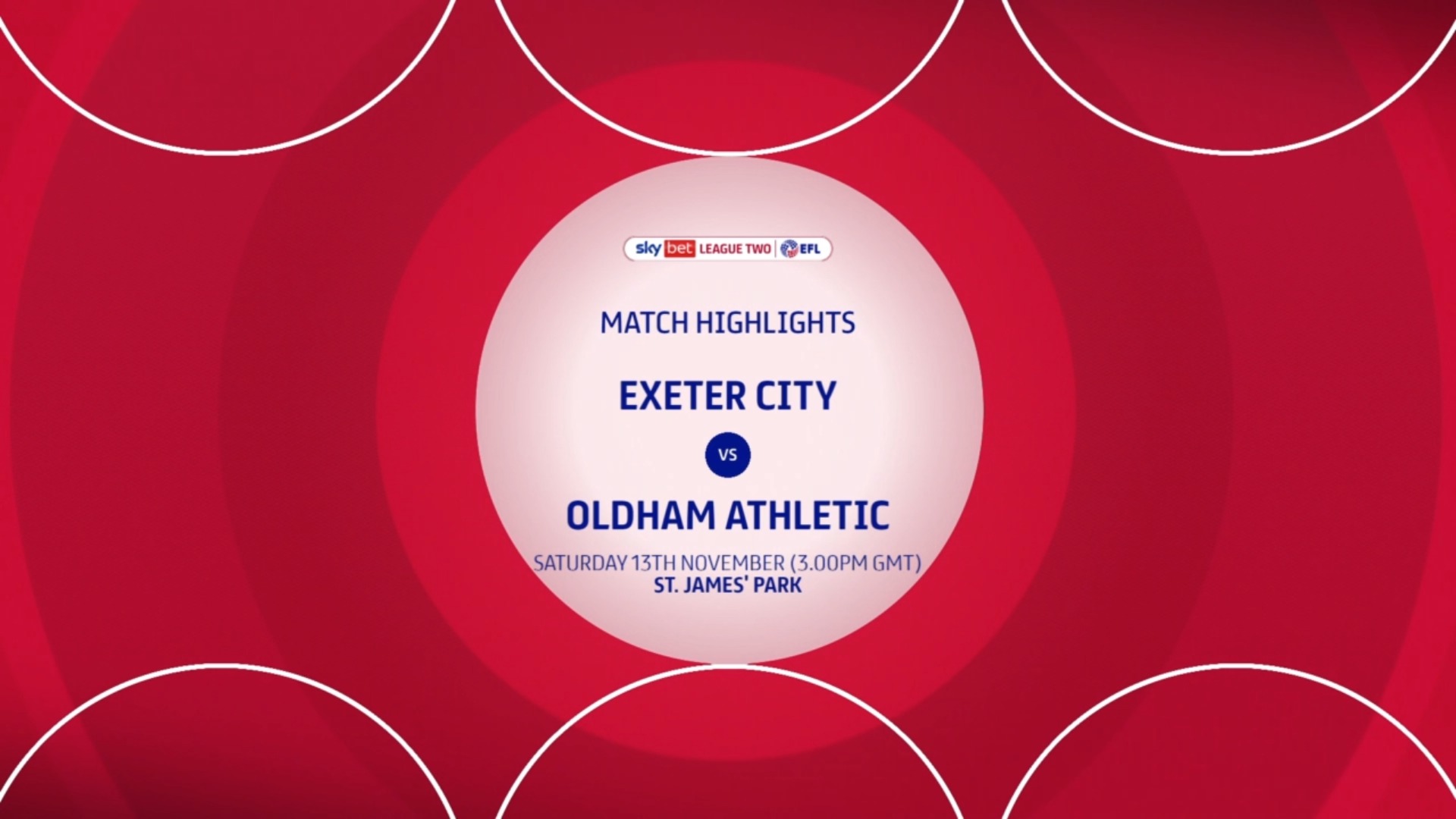 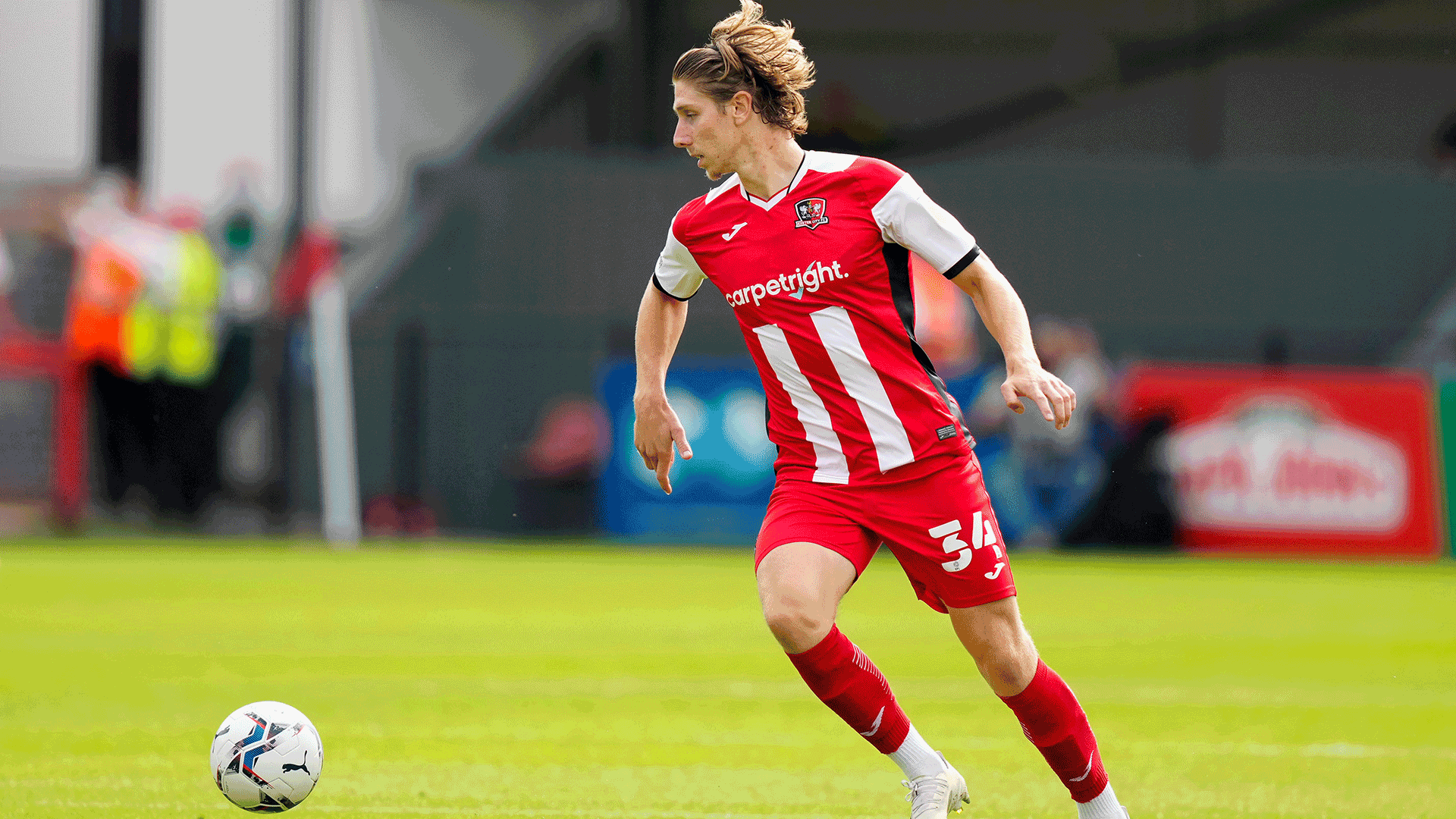