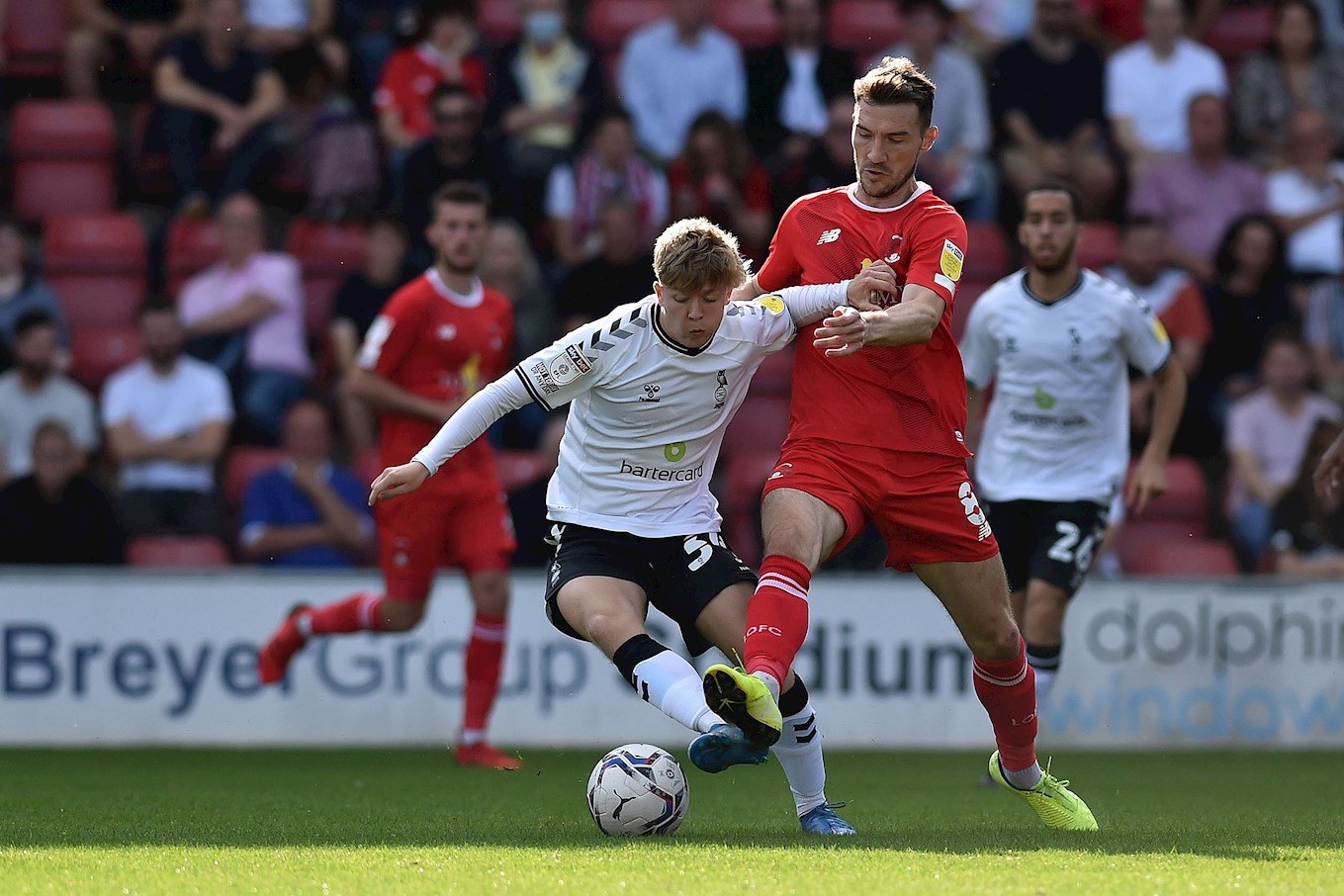 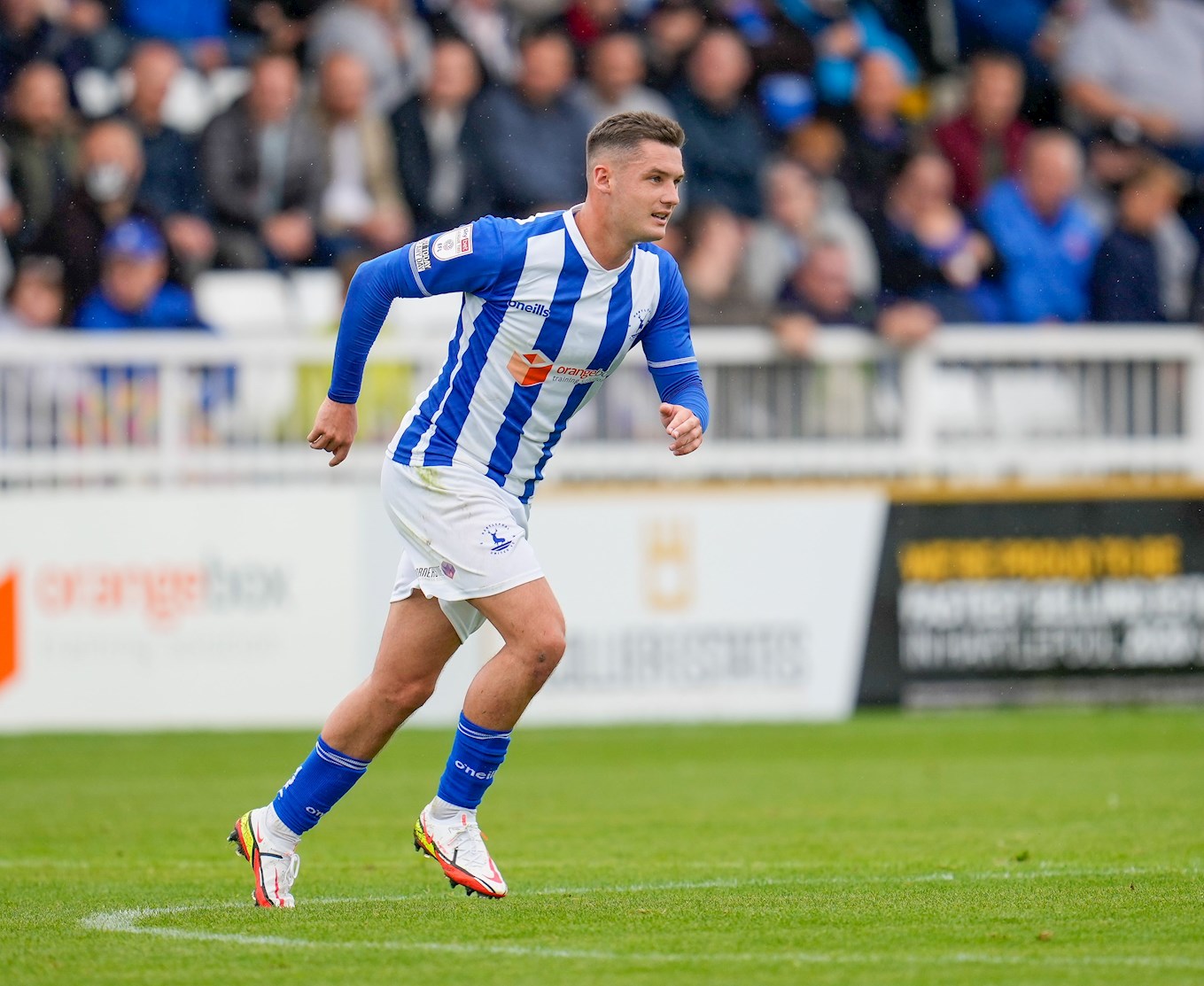 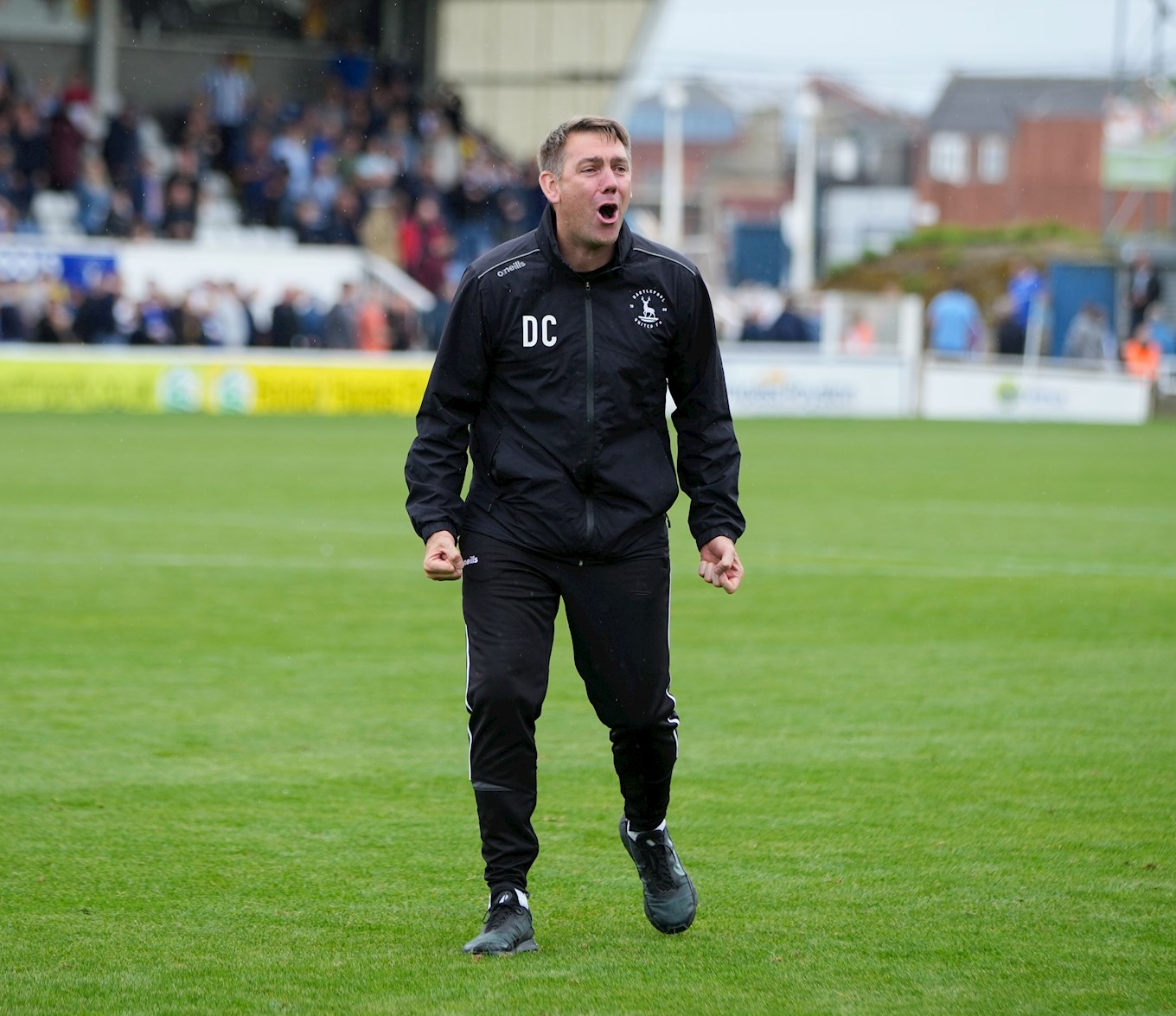 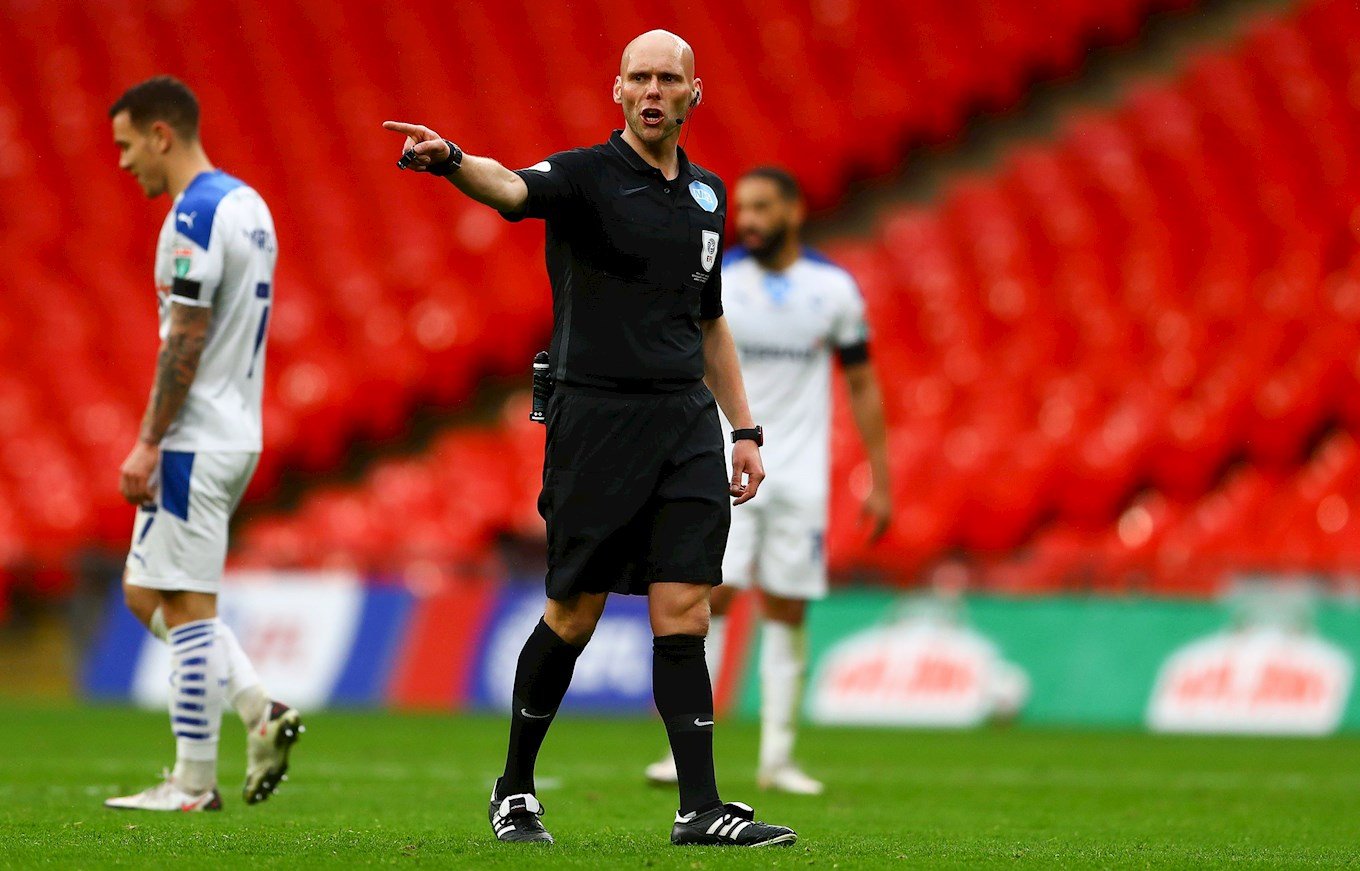 Oldham should’ve been ahead when Hallam Hope forced Ben Killip into a fine stop before his rebound was incredibly cleared off the line by a defender.

Former Salford City midfielder Mark Shelton nearly broke the deadlock when Jamie Sterry’s delivery found him inside the box, but his header cannoned off the post.

Both sides had opportunities to find a winner late on, however, both defences prevailed resulting in a share of the points.

Keith Curle named three changes for the game against Hartlepool after a disappointing result away at Leyton Orient last weekend. Dylan Bahamboula, Alan Sheehan and Callum Whelan all returned to the side.

On a warm afternoon in Greater Manchester, the boys in blue should’ve taken the lead in the seventh minute through Hope. The forward initially forced the goalkeeper into a fine save from his effort on the edge of the box before the ball landed kindly for him with the goal at his mercy, however, Zaine Francis-Angol raced back to clear his second attempt off the line.

Nicky Featherstone, wearing the armband for the visitors, drilled a low effort goalwards from outside the penalty area, but Jayson Leutwiler comfortably denied the former Hull City man.

In the 40th minute, Dave Challinor’s men were very close to taking a lead before the interval. Sterry, a transfer target for Latics in the summer, delivered a pinpoint cross to Shelton in the box, but the midfielder could only steer his header against the post.

Following that, Davis Keillor-Dunn managed to tee up the onrushing Jordan Clarke on the edge of the box, but to the frustration of the supporters, the right-back smashed his attempt into the stand.

Mike Fondop joined the Pools during midweek and he could’ve made an instant impact as he nearly found himself on the scoresheet when he volleyed wide of the target from David Ferguson’s cross.

Early into the second-half, Hope won possession towards the halfway line which allowed him to dribble goalwards, he cut inside from the left-wing before curling just past the far post.

Latics went in search of an opener and nearly got their rewards as Whelan raced into the box before blasting the ball across the face of goal, however, Hope and Keillor-Dunn couldn’t get on the end of the cross with an open net in front of them.

Carl Piergianni led by example when he bravely blocked Lee Molyneux’s strike from inside the six-yard box which looked destined to find the back of the net with the Hartlepool faithful already celebrating.

Later on, Fondop produced an excellent bicycle kick inside the Latics area and it nearly found its way into the far corner. Molyneux drove forwards with intent before his powerful low effort was easily saved by Leutwiler.

The hosts had two opportunities at the end of the match to earn three points, firstly, substitute Jamie Bowden dragged his strike just past the far post. In added time, Hope blasted a low cross into a dangerous area, but Gary Liddle managed to put in a vital block to keep Latics at bay. 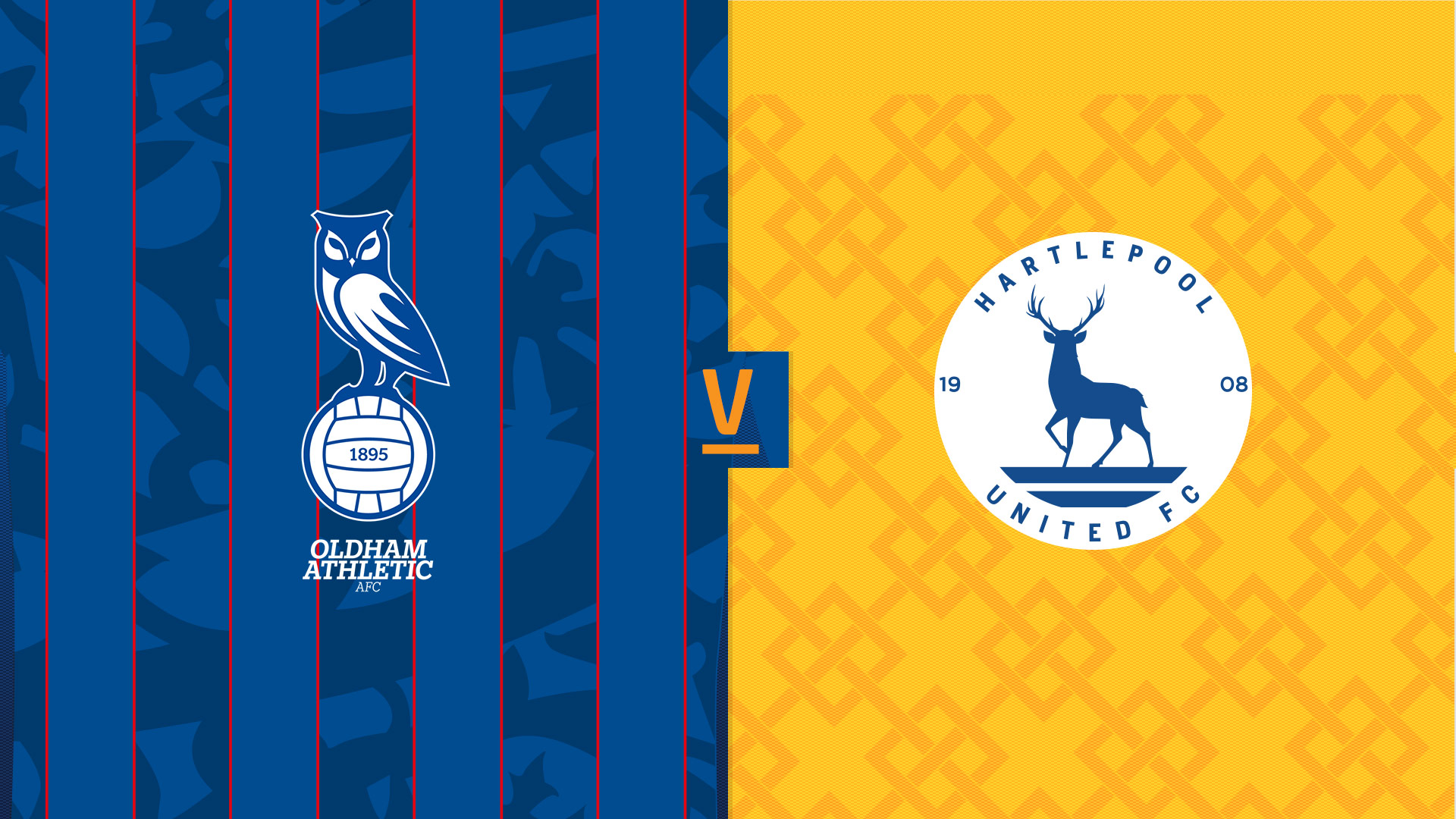 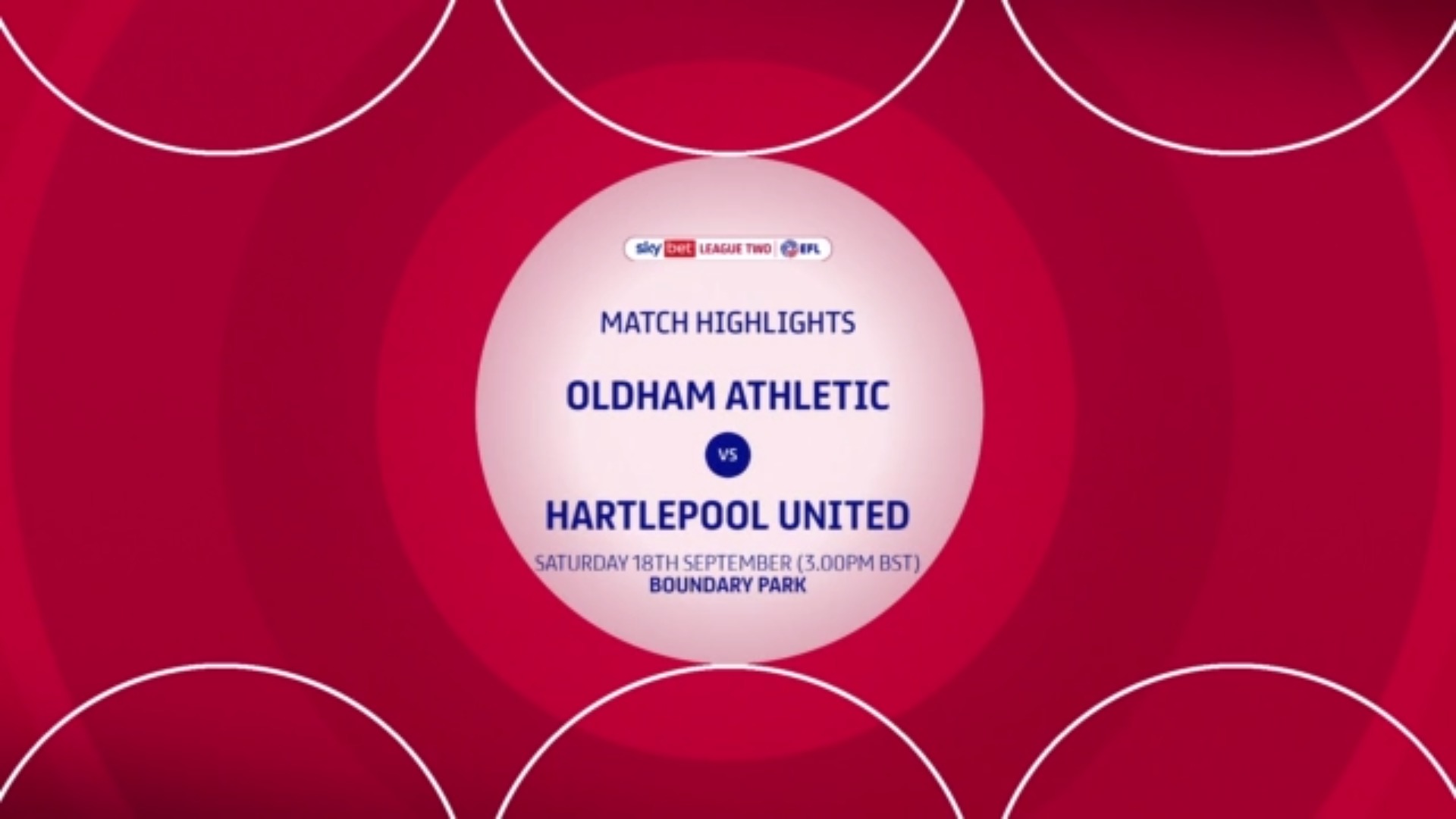 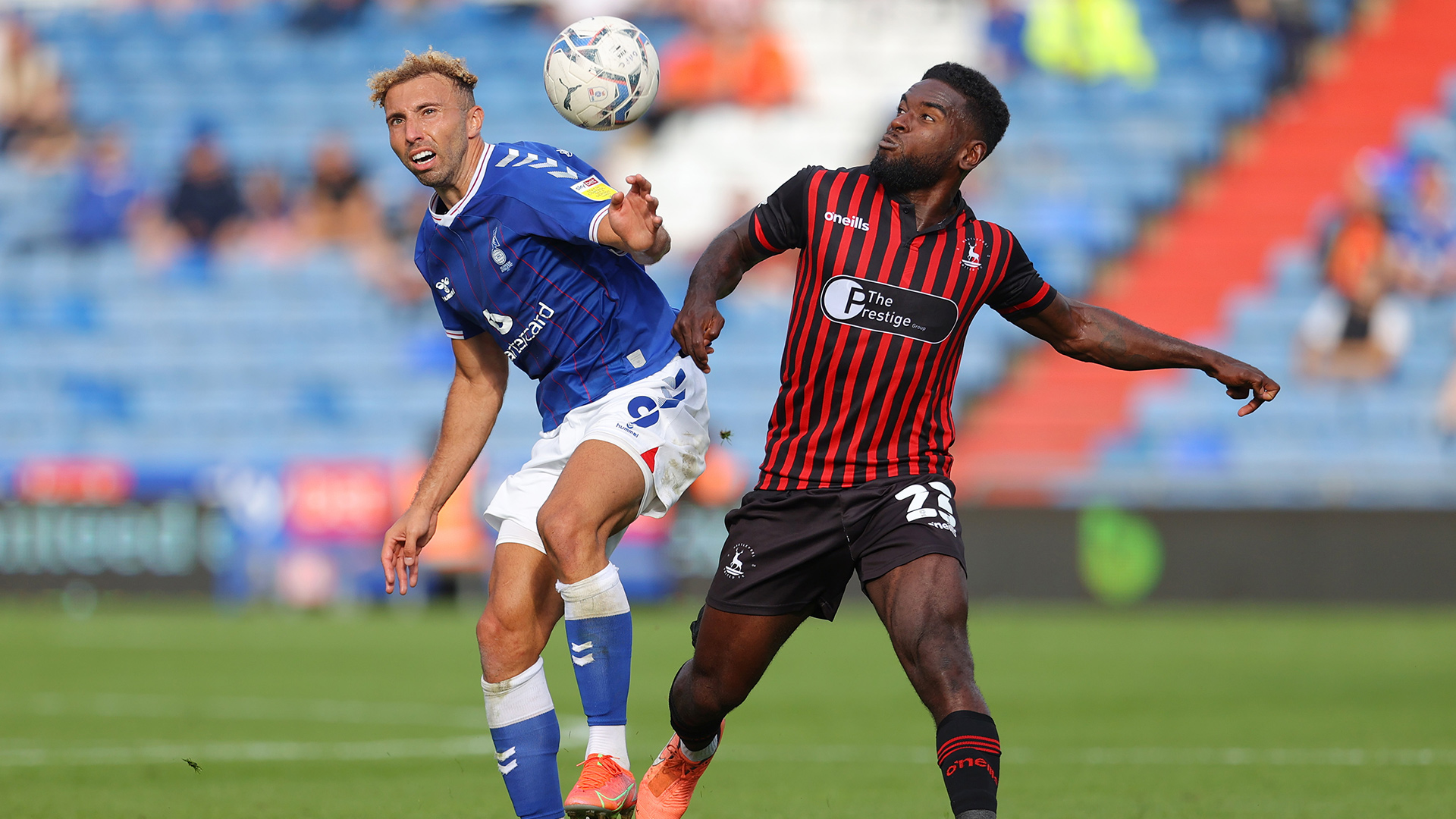