Latics are on the hunt for back-to-back wins as they welcome Wealdstone FC to Boundary Park for a midweek fixture under the lights.

A crowd of over 8,000 flocked to Boundary Park on Saturday to watch Oldham overcome Dorking Wanderers 3-2 with goals from Hallam Hope, Chris Porter and Ben Tollitt giving them a three goal lead.

A late resurgence from Wanderers saw them fire themselves back into contention but Latics stayed firm to secure maximum points.

The result lifted Oldham up into the playoff spots at this early stage of the season.

Wealdstone are the second side to make a competitive trip to Boundary Park this term and come into the game on the back of one win and one defeat.

In the season opener, they triumphed 3-2 over Bromley before falling to a 1-0 defeat on the road to Eastleigh at the weekend.

Their early season results have them currently sat midtable in 12th position in the National League.

This is Wealdstone’s third season in the fifth tier since winning promotion from the National League South.

They have made steady progress in the two seasons so far. Last campaign they finished 16th, an improvement on 19th the season prior, gaining 16 more points whilst scoring more goals and conceding fewer. 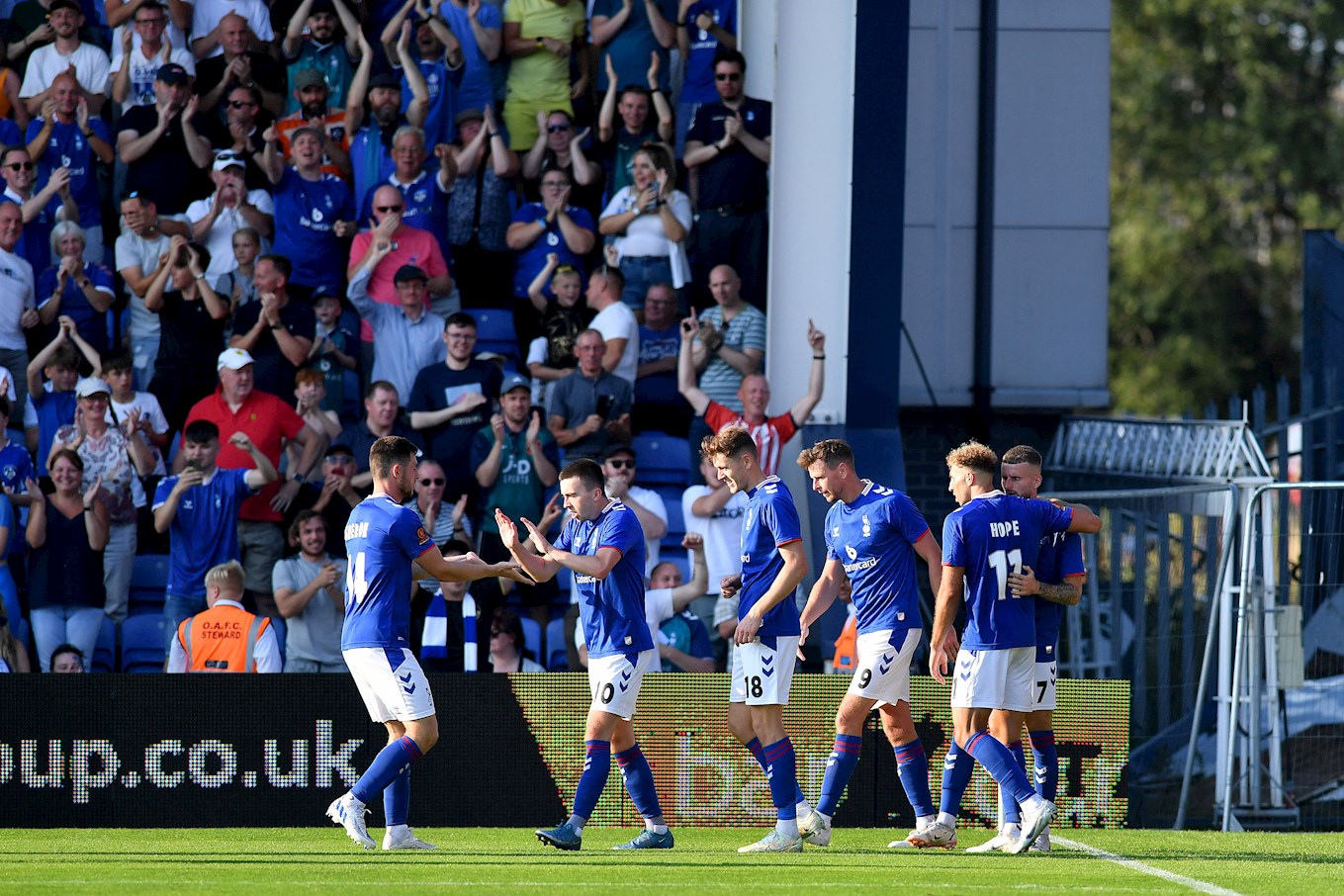 Likewise with Dorking at the weekend, this will be the first time that Latics have faced off against Wealdstone.

Olufela Olomola is a summer acquisition to strengthen Wealdstone’s attacking talent for the new season.

The 24-year-old forward made an ideal start to his career with his new club, scoring 17 minutes into his league debut, setting Wealdstone on their way to a 3-2 victory.

The London born star came through the highly revered youth academy system at Arsenal and also spent part of his youth career at Southampton’s highly rated youth set up.

Olomola has previous experience in the Football League with a number of clubs; Yeovil Town, Carlisle United and Hartlepool United.

The striker/winger never really made an impact at Pools and will feel he has a point to prove following his release at the end of the previous season. 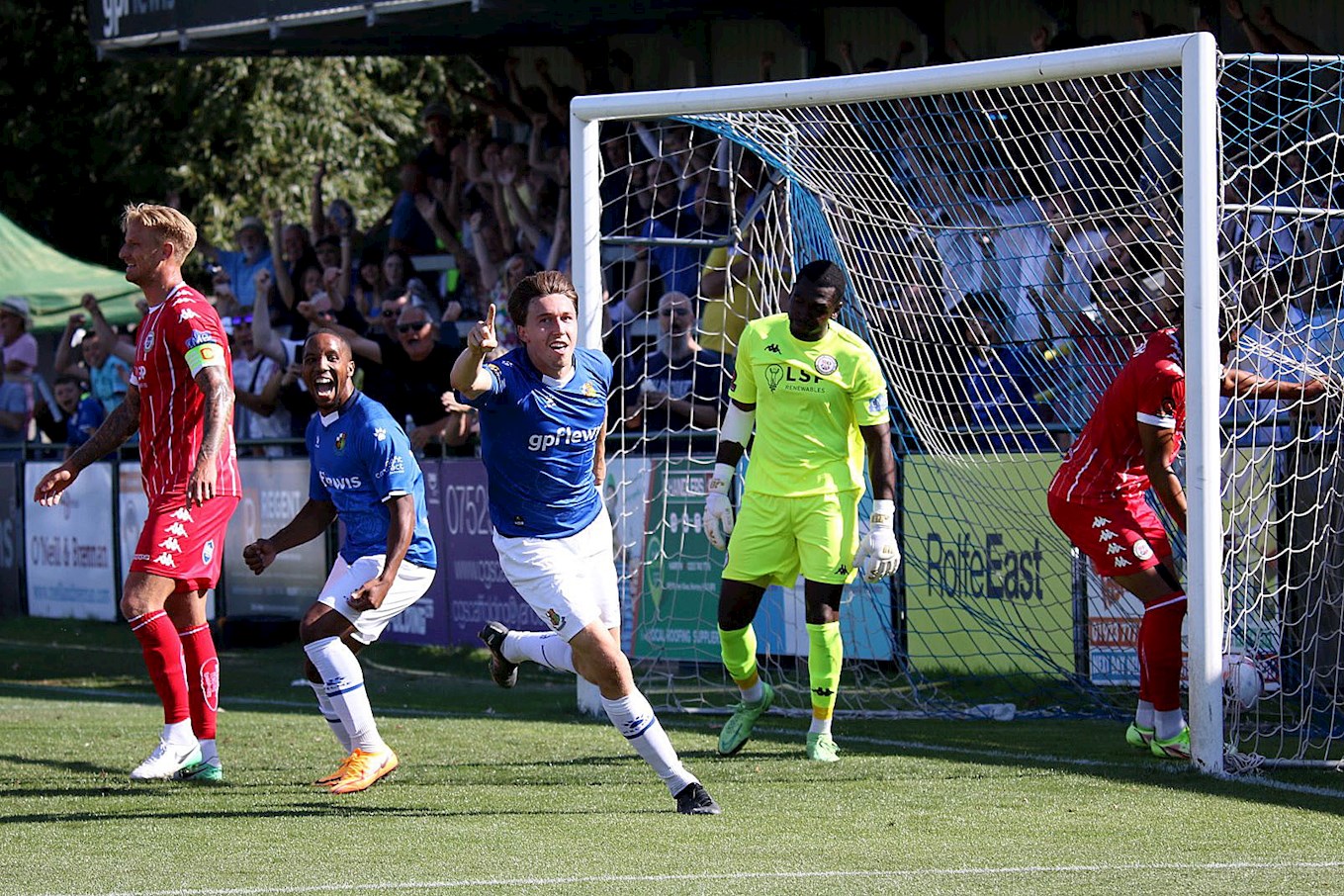 Stuart Maynard is the man in the dugout for the visitors.

March 2021 saw Maynard given his first job in senior management as he took the job he currently holds as Wealdstone boss.

As a player, Maynard played for a host of different non-league outfits. 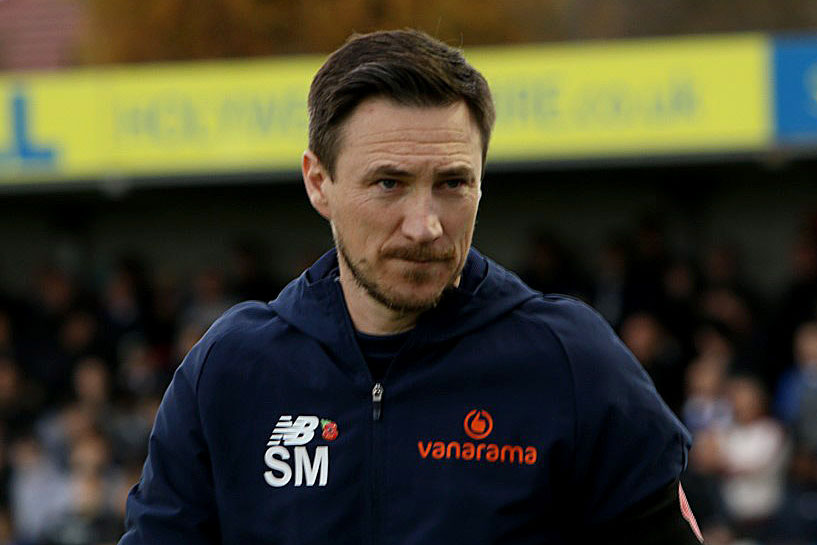 Sky Bet have Latics as odds on favourites to make it consecutive league triumphs, priced at 3/5 to make it seven points from the first possible seven.

Wealdstone are considered outsiders at 15/4 whilst the draw can be backed at 14/5.

The man in the middle is Andrew Miller, and he’ll be assisted by Scott Taylor and Emmanuel Edet, with Joseph Goodwin occupying the role of fourth official.

Live audio commentary is available on Latics Player, guiding you through the match.

Ben Tollitt’s second strike in as many games wasn’t enough to get Latics back on terms after an early two-goal salvo from the visitors at Boundary Park.

Early first-half efforts from Rhys Browne and Tarryn Allarakhia put Wealdstone 2-0 up inside 20 minutes and they never relinquished the advantage to inflict Latics’ first defeat of the season.

Tollitt scored off the underside of the crossbar early in the second half before substitute Mike Fondop had a goal ruled out, but the visitors held on to take the points.

Dan Gardner returned to the side which prevailed over Dorking last time out, with Luke Burgess dropping to the bench.

But despite an early chance when Hallam Hope tested Wealdstone keeper Sam Howes with a low drive, the hosts found themselves contending with an early deficit after 10 minutes.

A deep ball to the back post was headed back across and Browne finished smartly on the volley to leave Magnus Norman with no chance.

Wealdstone doubled the advantage seven minutes later with another close-range finish as Allarakhia turned home at the near post.

Another low effort from Allarakhia was inches away from making it 3-0, only to carry inches past the far post with the aid of a slight deflection.

Tollitt had Latics’ only other chance of the first half, deftly lifting the ball over a defender’s head and getting away a shot which Howes blocked down low.

But the midfielder went one better just three minutes after the restart to get his side back into the contest.

A free-kick from the left pinged around the box before finding the feet of Tollitt, who took a touch to evade a defender before crashing a shot off the underside of the bar and in.

It was exactly the start to the second half Latics were looking for.

Tollitt drove wide from distance and Hope hooked a shot at Howes either side of Fondop’s introduction off the bench in place of Chris Porter.

But the momentum didn’t carry forward, although Fondop thought he’d equalised with 18 minutes left when he turned in Hope’s knock back from almost on the line only to be flagged offside.

Wealdstone resisted a late flurry to close the game out successfully, with opportunities few and far between barring a last-gasp flying header just wide from substitute Junior Luamba from Dan Gardner’s diagonal delivery.