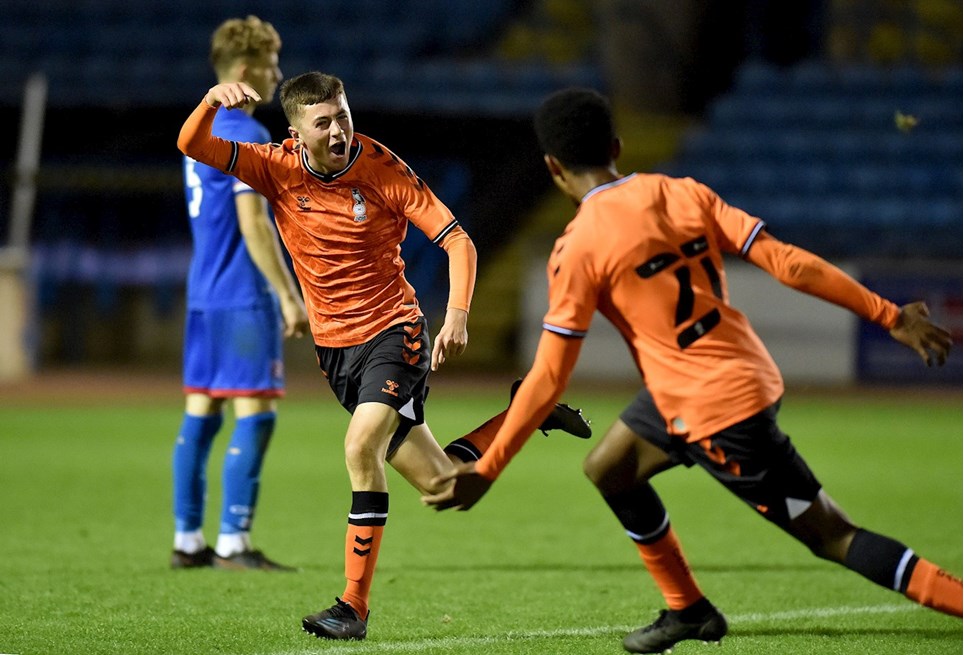 
Latics' U18s continue their FA Youth Cup journey this week - and you can see the match exclusively on sports video platform Recast.

After a remarkable run in the historic competition, Queens Park Rangers proved to be too much for Latics as the youngsters bow out of the FA Youth Cup in the third round.

Harry Murphy gave the Hoops the lead with a well-struck free-kick after the interval before Adam Dougui, imposingly, extended his side’s advantage in the game.

Later on, Issac Modi constructed immense quality on the right-flank as he cut inside and picked out Jim Simms inside the area with the forward directing his header into the far corner.

Oldham went in search of a much-deserved equaliser, Trey Turner’s fierce low effort rattled the post in added time as well as substitute Collins Kagame forcing their shot-stopper into a smart stop, but it wasn't to be for Latics.

There was one change from their empathic and dominant win over Bradford City in the previous round with Joe Edwards back in the starting XI at the Kiyan Prince Foundation Stadium.

A freezing cold evening night in the capital, the R’s had the first opportunity of the cup tie and it fell to Kayden Harrack. The central-defender illustrated intelligent movement at the back post which allowed himself a strike on goal, however, he smashed his effort over the crossbar to his frustration.

Latics were demonstrating plenty of discipline and structure within their performance and they had their ‘keeper alerted with a handful of chances in quick succession. Edwards, a set-piece specialist, curled his venomous in-swinging corner towards the far post, but a defender managed to prevent it from going straight into the back of the net.

Following that, Frazer Cookson engaged in a physical battle with his marker before his effort from inside the six-yard box was bravely blocked over the crossbar to keep the score level. From the resulting corner kick, Edwards manufactured space on the edge of the area and drilled a low effort on goal, but it went the wrong side of the post.

QPR, notorious for developing exciting talent through the youth ranks, looked to break the deadlock as the game approached the interval. Steven Bala showcased his fine footwork towards the left-hand side of the penalty box and fired a low strike goalwards, however, Luke Souterington expertly denied the winger.

Micah Hyde’s outfit continued to apply pressure on the visitors before the half-time whistle and they should’ve been ahead in the 36th minute. Initially, Southerington parried a shot into the path of the creative midfielder and, with the goal at his mercy, he somehow flicked over the crossbar from close range.

After the restart, the West London-based side took the lead courtesy of Murphy. The attack-minded individual coolly struck his free-kick from around 20-yards into the back of the net before reeling away in hysteric celebration.

The hosts remained on the front foot and doubled their advantage in the 70th minute through the impressive Dougui. The skilful wideman found himself clean through on goal towards the right-hand side and he showed class beyond his years to rifle into the far top corner.

In typical fashion, Oldham’s youngsters exemplified their hardworking nature as well as their immaculate attitude as they pulled a goal back. Modi produced his trademark attribute of cutting inside from the right-wing before delivering a pinpoint cross to Simms, and the attacker, who netted a hat-trick in the previous round, incredibly steered his header over the goalkeeper’s head into the back of the net.

Dougui maintained his energy and trickery until late on in the match and he, ambitiously, attempted a rabona whilst trying his luck from the edge of the box, however, his innovative effort sailed past the post.

In added time, the visitors experienced heartbreak as Turner forcefully fizzed a low strike on target only for Harry Cant to push the ball onto the post before he denied Kagame from inside the area.


Latics' U18s continue their FA Youth Cup journey this week - and you can see the match exclusively on sports video platform Recast.