Selim Benachour’s side earn the bragging rights after picking up a victory in an exciting U18s EFL Youth Alliance match against local rivals Rochdale at Avro’s Vestacare Stadium.

After a venue change due to the wet weather conditions, following a bright start to the encounter, Latics took the lead in the 36th minute through U16 midfielder, Ryan Spencer. The youngster received the ball on the edge of the area before keeping his composure to curl his effort into the left-hand bottom corner which left the ‘keeper with no chance.

The visitors doubled their advantage just after the interval as the impressive Jim Simms added another goal to his tally for the season. Latics worked the ball down the left-wing which resulted in a low cross finding the feet of the forward and he managed to powerfully strike into the far corner.

Luke Southerington, a lifelong Oldham fan, proved his worth when their no.14 flicked goalwards from close range, but the shot-stopper somehow kept the opposition at bay with incredible reflexes.

Then, Kofi Moore showcased his fine footwork as he confidently dribbled past several Rochdale defenders, arriving at the edge of the penalty area, however, his attempt sailed wide of the target. 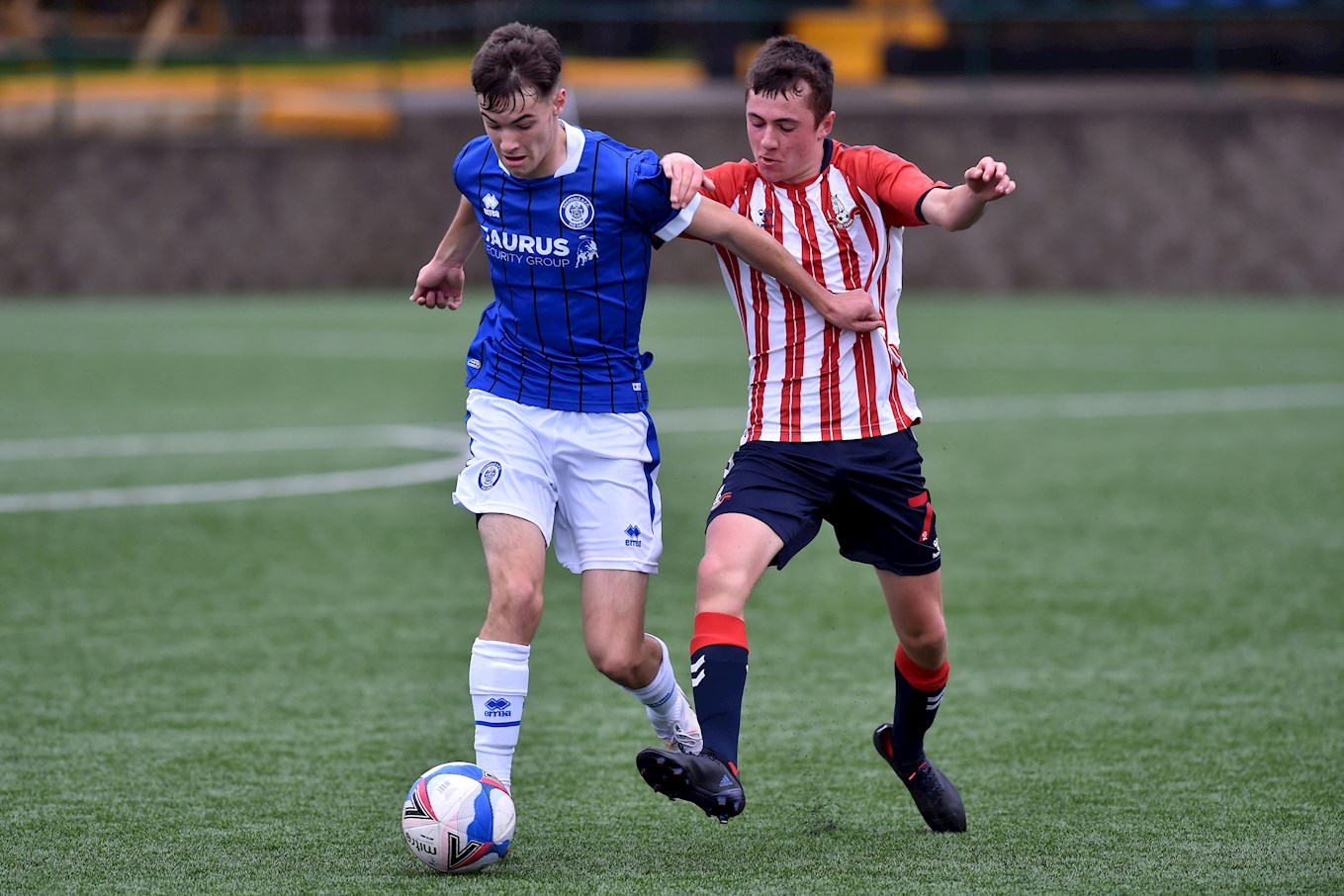 In the 63rd minute, Dale got themselves on the scoresheet when a drilled cross from the left found no.11 at the back post and he tapped into an empty net with Southerington picking up a knock in the process that he recovered from.

Latics should’ve added a third towards the end when Isaac Modi found himself one-on-one with the goalkeeper, the attack-minded player opted to pass the ball across goal to Simms, but the striker fired his effort over the crossbar to his frustration.

The lads illustrated great character at the end of the 90 minutes as they managed to weather storm to secure a well-earned win in the league.

After the match, Youth Team Manager Benachour took plenty of positives from the game, as he said; "It’s a great result, I think we were very good in the first-half. We worked hard out of possession and we pressed them as well.

"I think that second-half was a little bit tougher as the first ten minutes of it we were okay, but after that, we didn’t keep them standards. We struggled a bit physically, but I saw a positive mental reaction from my players today, so it's good for the future." He commented.

"It will give us more confidence, and it’s always good to win a derby match against Rochdale.

"We need to be better upfront because we had chances to make sure of the win, however, we didn’t take them. Overall, I'm proud of the players and we’ll look forward to our game against Port Vale at the weekend."