Holly has been nominated for the category of coach of the year as well as young volunteer of the year award with the winners set to be announced at the awards show on Friday, November 10, 2017.

The awards aims to recognise and reward people across Greater Manchester who make a positive contribution to grassroots football.

As well as the above nominations the Curzon Ashton U16s, managed by Holly, have also been nominated for the team of the year award for their performances last season.

On being nominated for the award Holly commented: “I am very proud that the girls have been recognised for their hard work that they put in last season, alongside that I am honoured to be nominated for two additional awards that show just how far we have come as a team.” 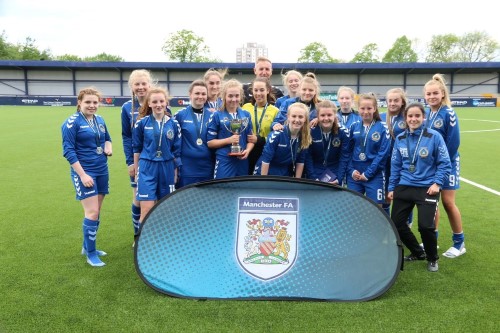