Oldham Athletic interim manager Richie Wellens believes his team's 10-man win over Peterborough United is a sign of what the side can do.

Latics held on through eight minutes of injury time to record their first win at home of the season in what was also Wellens' first match in charge since the departure of John Sheridan.

Speaking to iFollow Latics after the game, he said: “I thought the players were outstanding. In the first half we were so comfortable, I just thought they lacked a bit of confidence to make the final pass.

“We get the goal and then Doyle makes a bad mistake and we go down to ten men and it’s 1-1. Then you’re thinking ‘here we go again’ because it happened against Charlton.

“What frustrates me is, that is what we are capable of, I can see it because I was next to John Sheridan all the time.

“I’ve seen Johny Placide in the reserves so I know what he’s like and he’s now a cult hero already, But he almost gave me a heart attack. 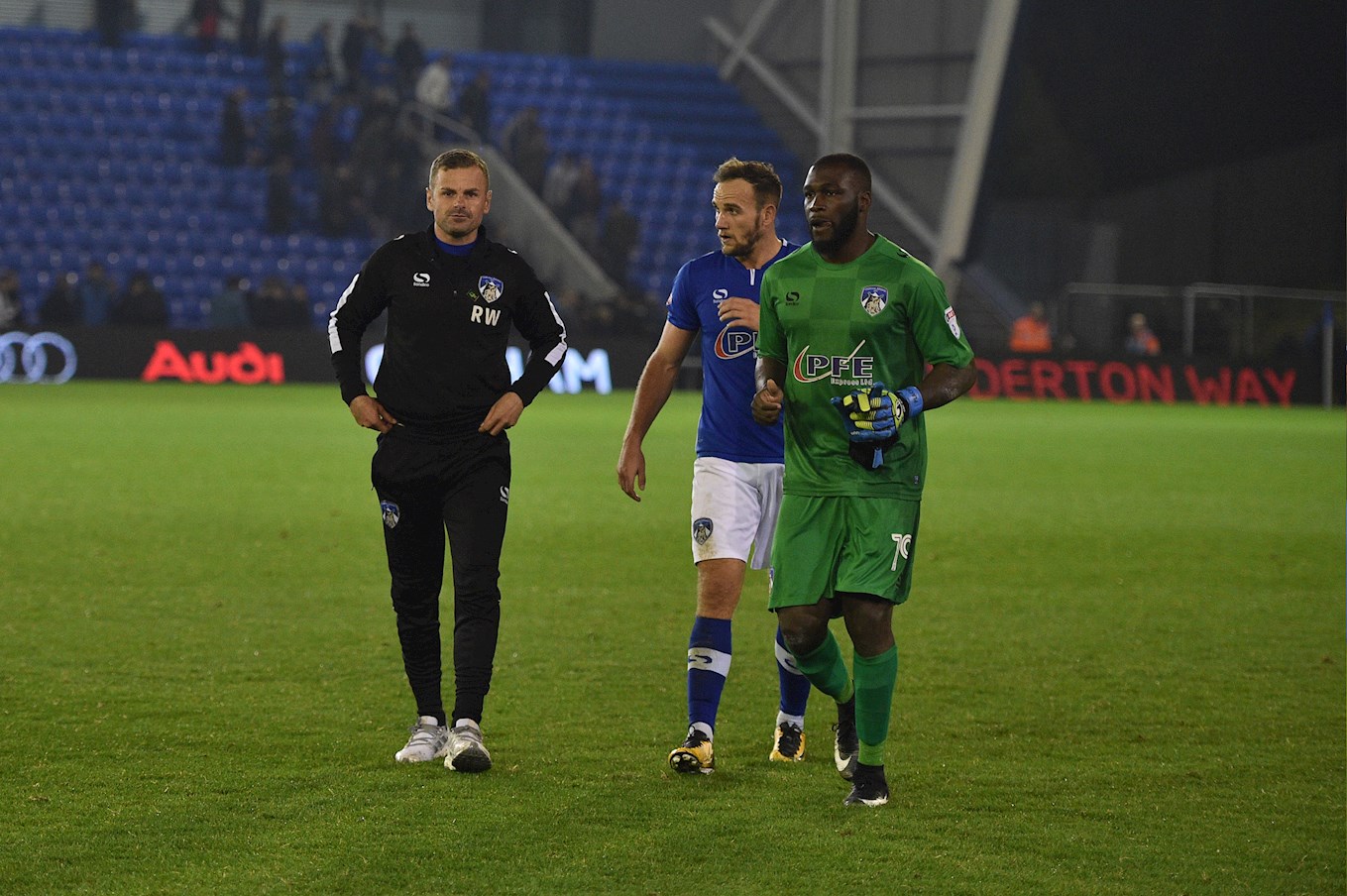 “I just thought everyone was outstanding and the formation worked well.

“I’ve always thought that when I watch football games I can see what’s going right and what’s going wrong. When it’s 1-1 and you’re down to 10 men you have to stay in the game for a little bit, you have to try climb your way back into the game slowly and I just thought the subs did really well.

“People keep saying for the last four or five games we’ve been playing well but not getting results, for me that’s a bad sign, it needed to change and fortunately it did.

“Everyone was buzzing in the changing rooms and I walked in and said ‘it feels good doesn’t it? This is what it feels like when you win so lets keep it going’.”

Next up, Latics make the long trip to Portsmouth in the Sky Bet League One on Saturday, September 30, 3pm kick off.