Boundary Park will be hosting a charity match including a host of former Premier League stars on Monday, April 30 (7.30pm kick off) to raise funds for Prostate Cancer UK.

Latics owner Abdallah Lemsagam will also be lacing his boots and turning out for the team as well as some ex-favourites including Andy Richie, Adam Lockwood and Clyde Wijnhard.

The night is in aid of Prostate Cancer UK with staff members Tom Matley, Paul Flynn and Jenny Warburton-Jagger cycling 145 miles from Barnsley to Amsterdam in June to raise funds for the charity.

Tickets can be bought in advance from the ticket office or via payment at the North Stand turnstiles on the night. 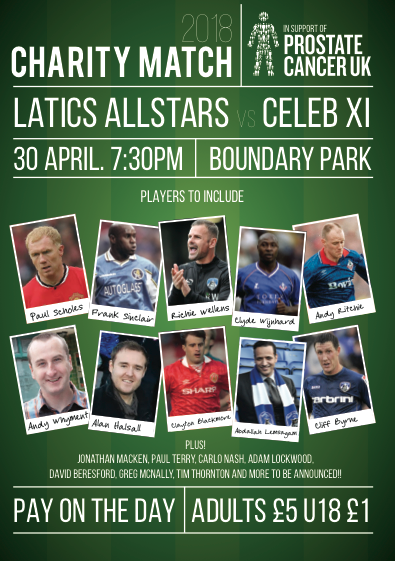