Last week, Oldham Athletic were represented at the Premier League Kicks Cup, as 13 participants from the Community Trust’s PL Kicks delivery travelled to Wythenshawe for the national tournament.

More than 500 teenagers from all over the country gathered in Manchester, coming from as far north as Newcastle, as far west as Swansea, from Norwich in the east and from Bournemouth in the south. For many it will be their first visit to Manchester and for some it will be the first time they will have left their town or city.

A total of 89 teams, representing 64 clubs in the Premier League, Football League and down to National League took part in the tournament.

OACT Participation Officer, Robert Curran, commented: “The Premier League Kicks Cup is a fantastic opportunity to engage with clubs from across the country and celebrate the success of the Premier League Kicks project. I would like to say a huge thank you to our participants who represented both themselves and Oldham Athletic fantastically well across the entire day.

“I would also like to thank Polyflor, without their ongoing support participation at such events as this wouldn’t be possible.”

A special mention goes to the girls team, who were quarter finalists on the day. 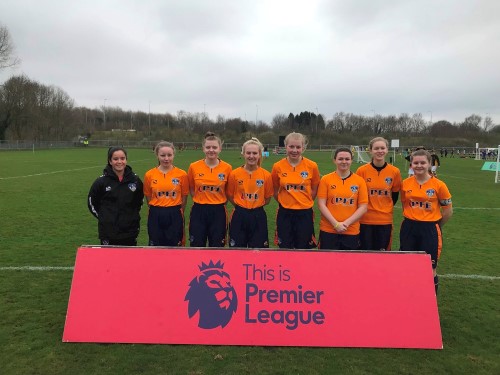