A host of former professional footballers as well as actors, journalists and even the Mayor of Greater Manchester Andy Burnham will be lining up for tonight's match at Boundary Park.

Here are the teams: 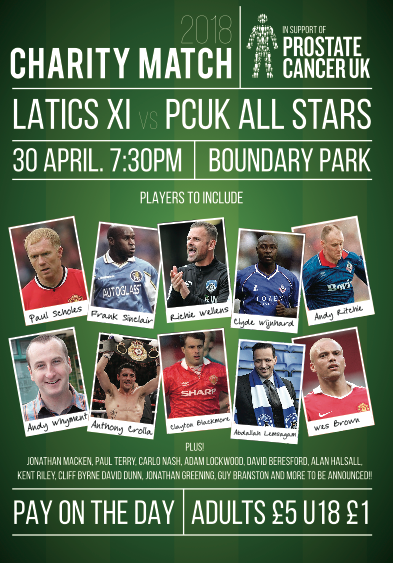