A number of presents were given out to all the brave youngsters by the Latics players and staff.

There were also some special treats given to the Hospital staff on the ward as a show of appreciation for all their hard work, especially at this time of year.

Manager Frankie Bunn said: “It is a special time of year, not just for family and friends but also for those that are unfortunately are in hospital.

“It was nice to give something to the hospital staff as well because they are the unsung heroes.

“It’s a tough shift for them during this time but they are all in good spirits and it is great that people care for the children that are less fortunate than ourselves.”

Penny Martin, Divisional Managing Director for the Women and Children’s Division at The Royal Oldham Hospital, said: “It was an honour for the hospital to welcome the players, Manager and staff from Oldham Athletic FC to the Children’s ward.

“Thank you so much to the players and staff for taking time out from their busy schedules to visit the children and staff on the ward.

“The Christmas gifts were a wonderful surprise for both the children and our staff, and the visit definitely helped to spread a bit of Christmas cheer around the ward.” 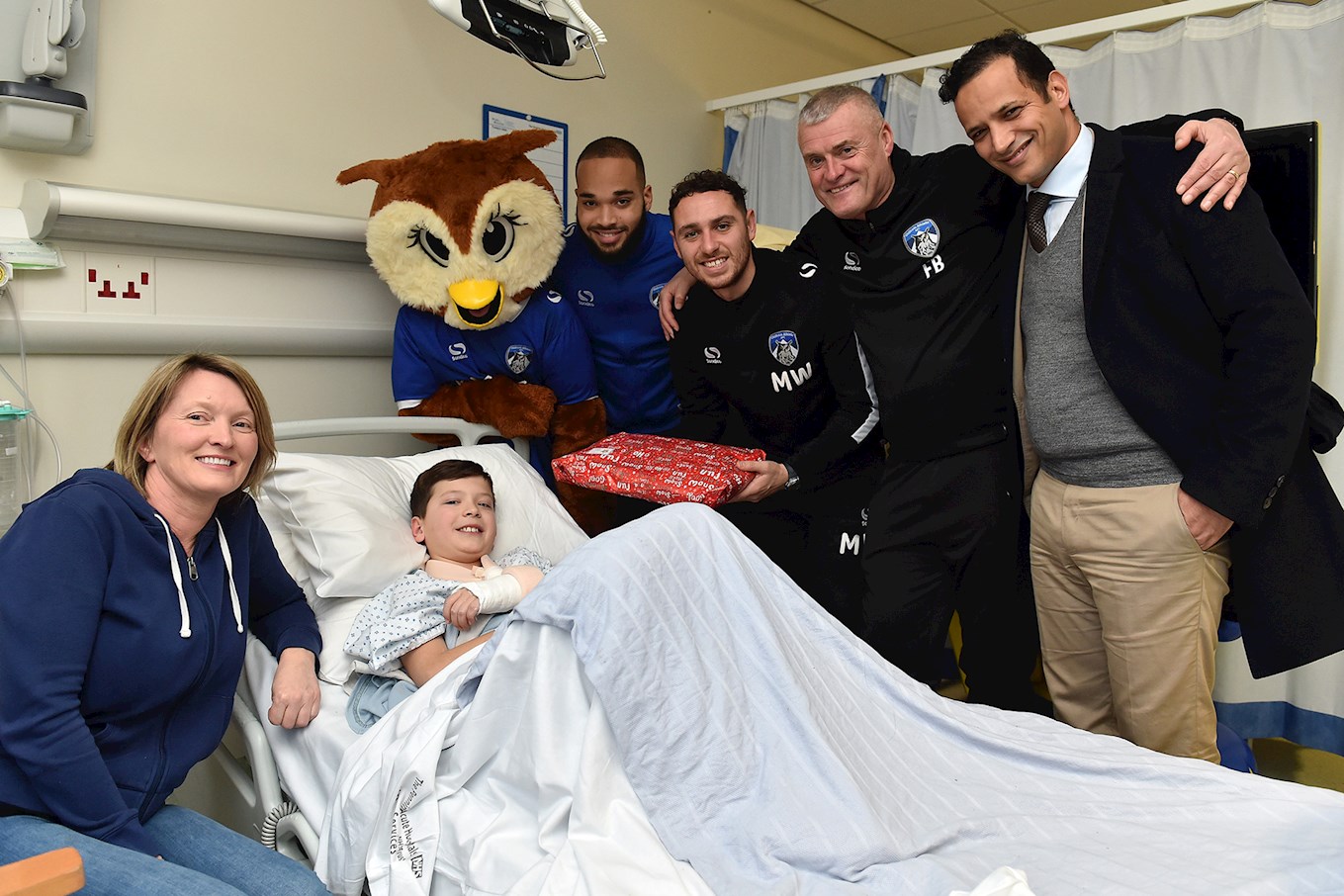