Oldham Athletic’s most capped international player Gunnar Halle represented his country 64 times as well as playing in the 1994 and 1998 World Cups, but not many people gave his country a chance on the world’s greatest stage.

Norway started the qualification round of the 1994 tournament as underdogs in a group that had the likes of England and the Netherlands.

Halle scored a hat-trick in the first match of the campaign against San Marino, which they won 10-0 and after an undefeated run of five games, winning four and drawing one, the question wasn’t if they will qualify but who from the group would be joining them on the plane to the United States of America.

They went on to famously beat England 2-0 in Oslo, which dashed hopes of qualifying for the 1990 semi-finalists.

Latics’ defender Gunnar Halle was a regular name in the Norwegian side that went on to make history, that match against Graham Taylor’s side at the Ullevaal stadium is something he remembers well.

“It is a game that I can always look back on because we played well and I played well.” Said Halle

“For me, playing against England was special, we had a lot of players who played in England at that time so it was fantastic for us.

“Afterwards I couldn’t wait to get back [to Oldham], when I came back all the Scottish and Irish guys were happy but the English guys were not too happy.” 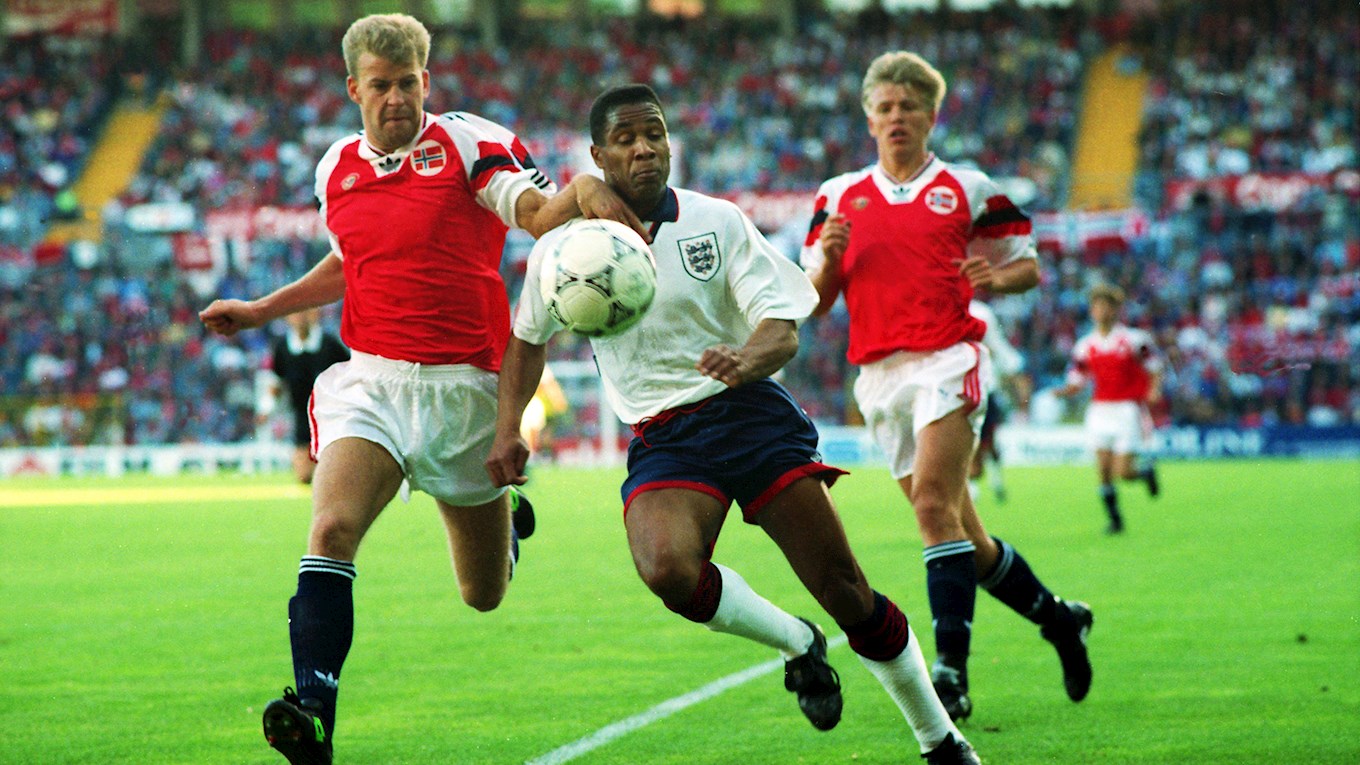 A draw against the Netherlands in Rotterdam and back to back wins over Poland sealed qualification for Norway’s second ever appearance at a world cup.

“When we qualified it was fantastic for all the players and the nation,” Halle explained.

“We had a horse and carriage parade through the city and it was big moment for the whole nation.” 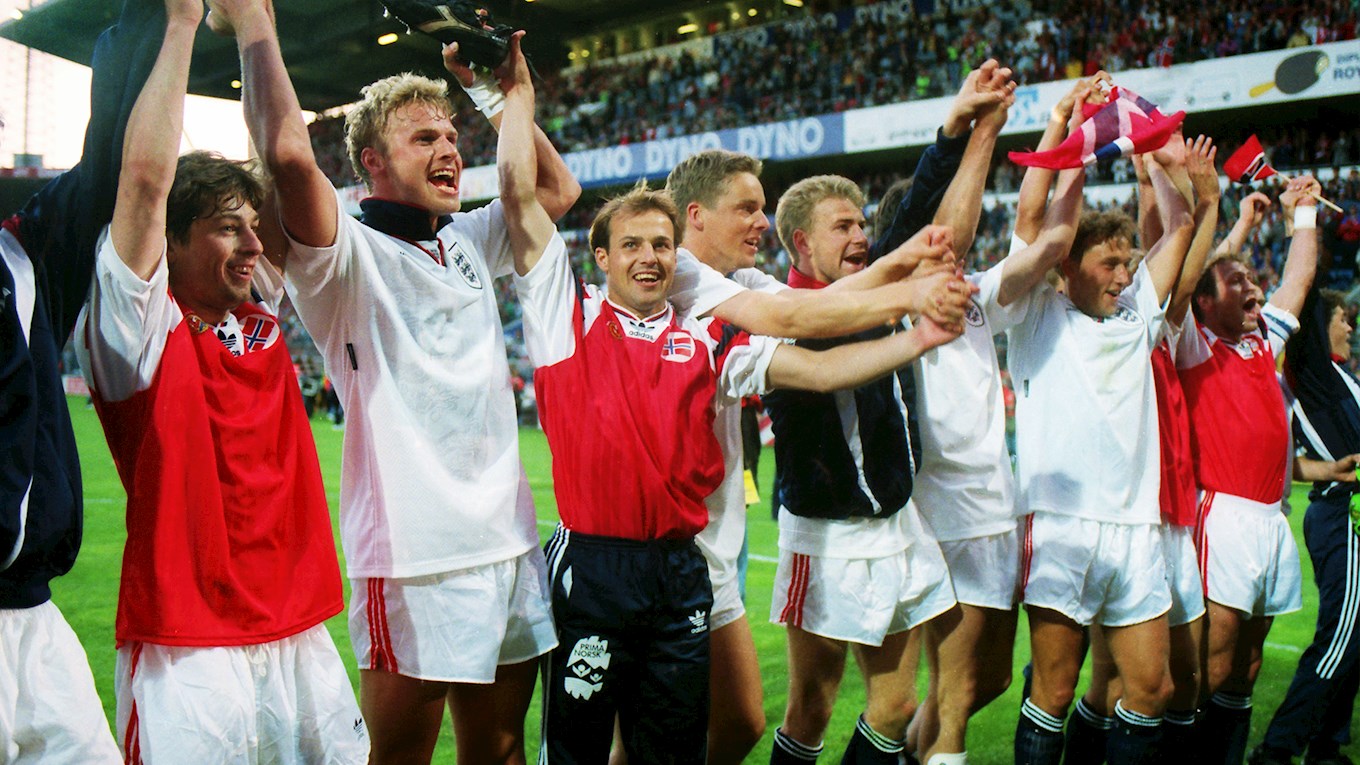 You have to go back to 1938 for the last time Norway was represented in football’s greatest tournament prior to their USA 1994 campaign.

The format was a straight knock-out back then and Norway were eliminated in the first round by Italy after extra time.

When they beat Mexico 1-0 in front of 52,000 people at the RFK Stadium in Washington, D.C they made history by winning their first ever match at a World Cup.

“It was nice to come to the World Cup and be a part of that first game,” Halle explained.

“When you’re a player you don’t really notice what it means to the nation back home because you are focused on what you are doing, you’re staying in the hotel. 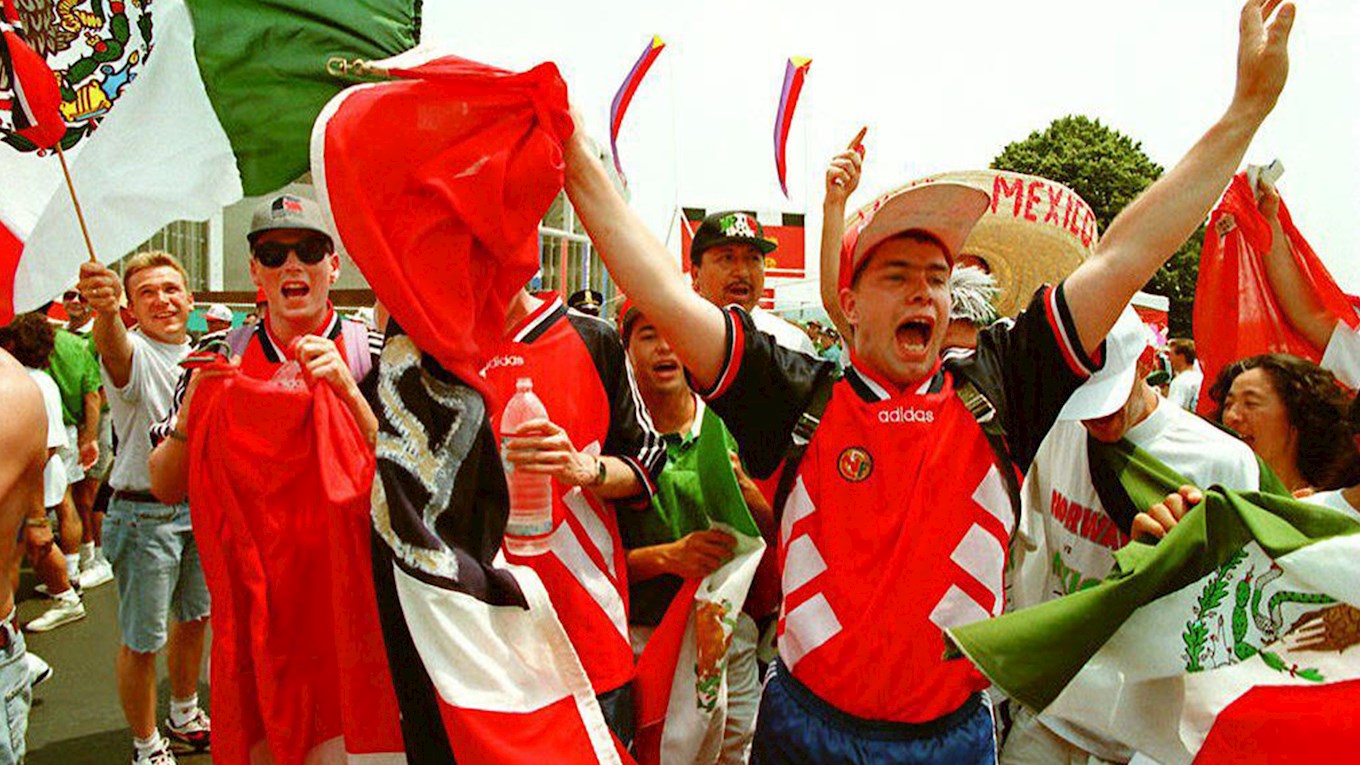 After winning their first game in the ‘group of death’ they went on the lose against Italy and decisively fail to score against the Republic of Ireland in a 0-0 draw which eliminated the Norwegians despite every team finishing on four points.

“It’s difficult to say that we were unlucky because we didn’t score enough goals,” Halle pointed out.

“It was a tough group, we could have gone through, it was very close but in the end looking back at it we maybe could have been better in a couple of the games and could done things differently.

“In the end, we as players and as a team and a nation are happy that we qualified and we didn’t look stupid out there.

“I think after that people saw Norwegian footballers differently.”

In 1996, Halle signed for Leeds United after making 213 appearances and scoring 21 goals for Latics.

He would go on to help his national team qualify for their second consecutive World Cup appearance.

The group stage of France 1998 was a much more successful one for the Norwegians with draws against Morocco and Scotland before pulling off one of the tournament’s biggest surprise comebacks to go through as runners-up.

Norway beat reigning champions Brazil 2-1 in the final group game to seal a place in the last 16.

“Brazil have always been one of the best teams in history,” Halle said.

“We had that belief but it was difficult and we had to do all the right things.

“When they were leading everybody thought ‘nah, this will be difficult’ but we got one back and then we scored again and there weren’t many minutes left.

“It was fantastic, I think the whole nation went mad.” 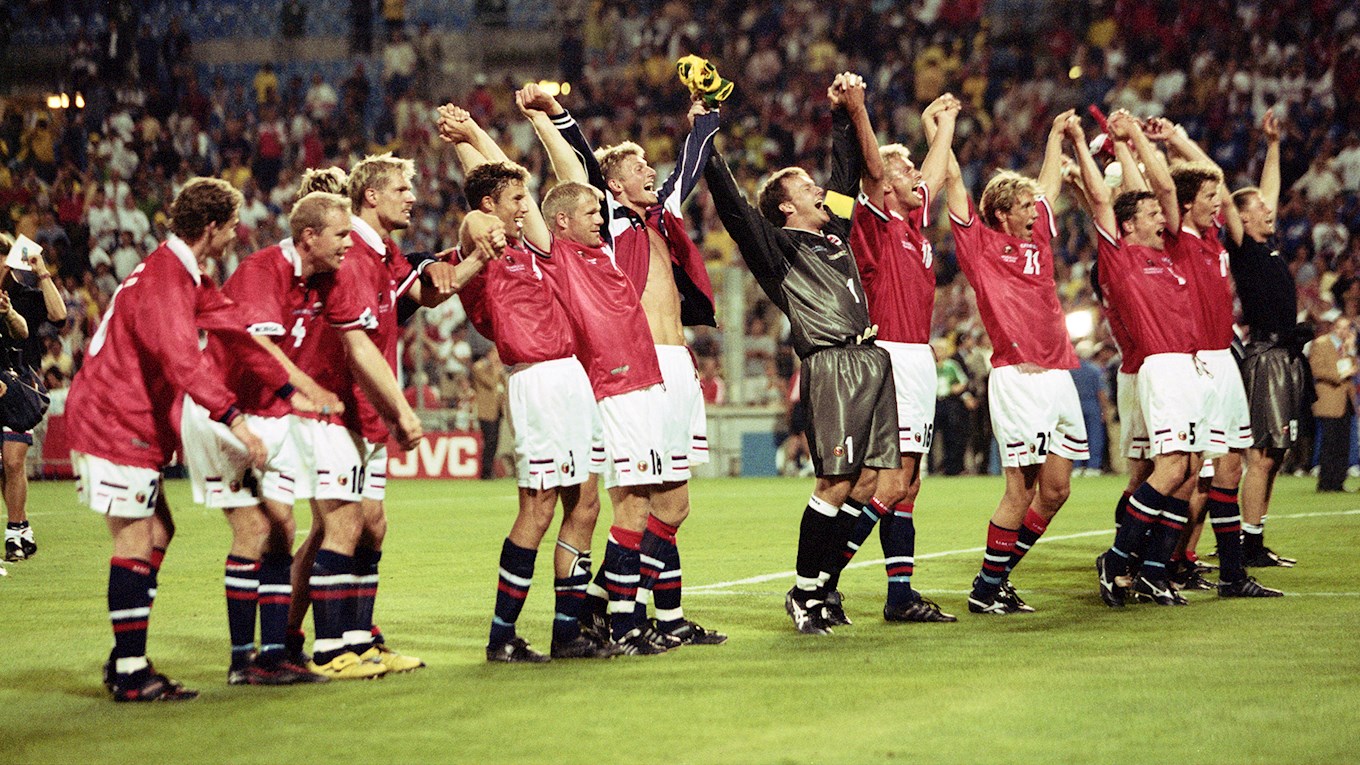 The side were eliminated in the last 16 by Italy, the team that knocked them out of the 1938 World Cup and beat them in group stage in 1994.