When the Republic of Ireland pulled off one of the biggest shocks at the 1994 World Cup, a former Oldham Athletic defender was part of a solid back line that kept a clean sheet against the eventual runners up, Italy.

Denis Irwin made 204 appearances for Latics and helped the club reach the semi-finals of the FA Cup and the final of the League cup in 1990 before moving to Manchester United that same year.

The full-back who impressed under Joe Royle was given his first Republic of Ireland cap shortly after he left Boundary Park, helping his country beat Morocco in a friendly at Dalymount Park.

Fast forward four years and he was paying in front of 75,000 people at the Giants Stadium, New Jersey in the 1994 Fifa World Cup.

“Myself and Mike Milligan just missed out on going to the World Cup in 1990 when we were both at Oldham.” Irwin explained.

“So to get to a big championships with my country was brilliant.”

The opening game of that group stage drew plenty of attention from around the world as two teams took to the field in New Jersey, a place rich in Irish and Italian heritage.

“Before the game there was all the talk that there would be more Italians there than Irish but we tend to travel well and there were a lot more Irish fans there, we outnumbered them.” Said the full-back.

“There was a bit of a mini heatwave there, it was like 90 degrees so it wasn’t easy for us.” 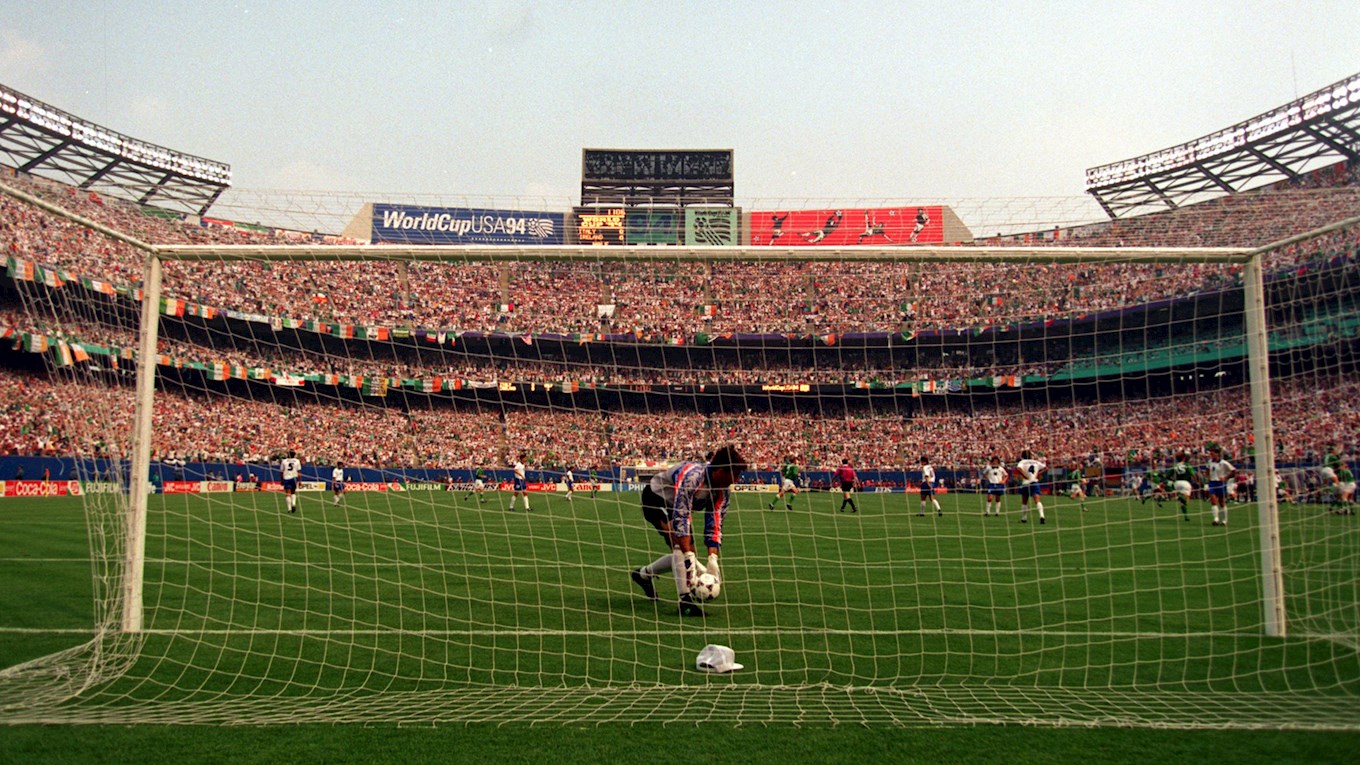 Ray Houghton’s goal in the 12th minute proved to be pivotal with Jack Charlton’s men taking all three points.

The game would be Italy’s only defeat in the tournament as they went on to become runners up, losing on penalties to Brazil in the final.

“We managed to sneak a 1-0 win, we defended so well and Ray Houghton scored a great goal.” Irwin commented.

“For us to go and win was unbelievable, I still think it’s the best ever result in Irish history.”

As well as Italy, Irwin’s team would take on Mexico and Norway in what was know as ‘the group of death.’

Ireland couldn’t capitalise on their win in the opening match as they lost 2-1 to Mexico in sweltering conditions at the Citrus Bowl in Orlando, Florida.

“It was a one o’clock match in the heat, it wasn’t an ideal fixture for us.” Said Irwin.

“It was horrendous, not just the heat but the humidity.

“We were quite lucky because we were 2-0 down and John Aldridge came on and scored a goal for us which was vital for us qualifying.” 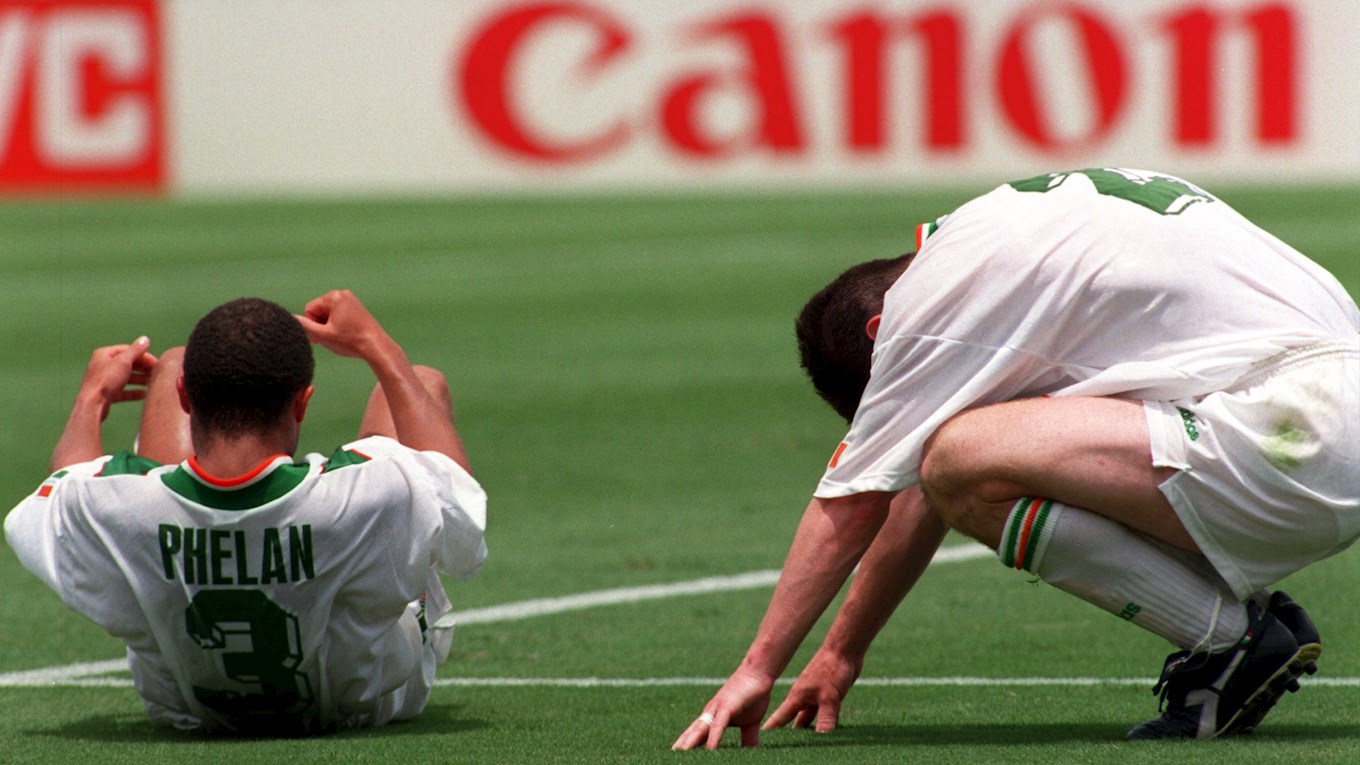 Following a stalemate against Norway in the final group game, all four teams finished on four points, with Ireland qualifying in second place on goals scored.

Irwin missed the final group match through suspension after picking up a yellow card against Italy and another against Mexico, where he was booked for time wasting after 20 minutes, something he puts down to the heat.

Their World Cup journey came to an end in the next round against the Netherlands, where Irwin was left out of the game by Charlton as an unused substitute.

Goals from Dennis Bergkamp and Wim Jonk in the first half were enough to eliminate Ireland in the round of 16.

“It was really disappointing, I felt we started the tournament really well and I had a great season before that.” Irwin remarked.

“It was a mixed feeling for me the World Cup, I enjoyed it but it didn’t finish out too well.” 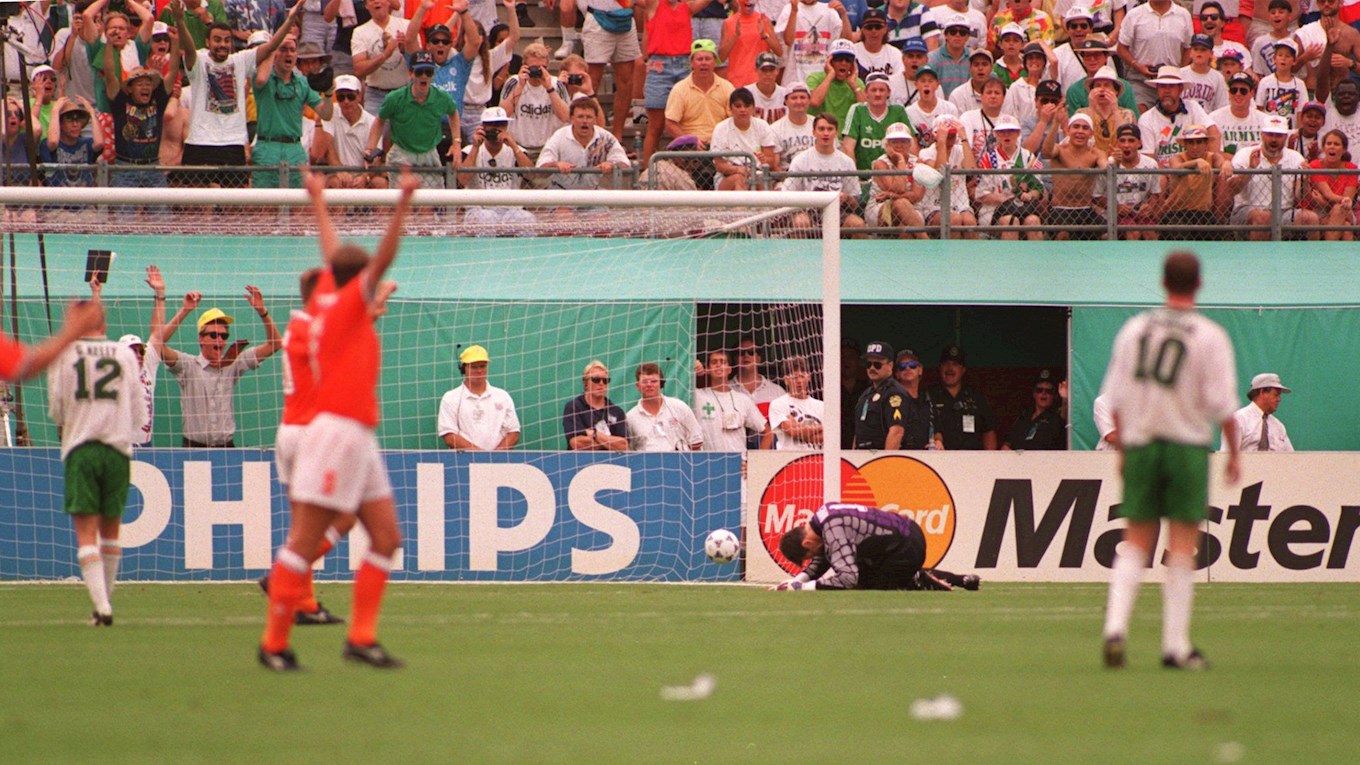