Latics travel to the County Ground to take on the Sky Bet League Two table toppers on Saturday (3pm KO).

Oldham extended their unbeaten run in the league to five matches last week with a 1-1 draw against Leyton Orient at Boundary Park, whilst Swindon won 3-0 at Grimsby to remain top of the league.

Latics have won two and drawn three of their last five games but after last week's draw dropped to 21st place in the table.

The Robins on the other hand have won their last six league matches which sees them top, three points ahead of their nearest rivals Exeter City.

The last three times the sides have faced off against each other have resulted in draws and the last time that Athletic beat Town was April 2016 in a Sky Bet League One clash.

Latics boosted their chance of survival in Sky Bet League One with a 2-0 win against Swindon.

Liam Kelly gave the hosts the league in the 10th minute and the points were confirmed eight minutes from the end with Curtis Main making it two.

The win meant that John Sheridan’s side were in 21st place, one place and one point adrift in the relegation zone.

The Robins have had a very impressive start to their Sky Bet League Two campaign and currently occupy first place.

Swindon started the season of with two wins on the bounce but then went the next three without victory.

Since then, they have won 10 of their following 15 games, including taking maximum points in their last six outings making them the form side of the division.

"But Oldham have decided to take some action by getting better players in, and they’ve taken a punt on David (Jones).

"They’ve got stacks of experience – players that are passed 30 years of age. But they also have a few lads in their early 20s, so there is a mixture.

"Oldham should be doing a lot better than where they are at this stage of the season."

Courtesy of the Swindon Advertiser.

Eoin Doyle – Ex-Oldham Athletic frontman Eoin Doyle is in fine form for the Robins this season and currently leads the goalscoring charts for the division with 18 goals, that’s eight more than fellow Swindon star Jerry Yates who is second highest goal scorer in League Two.

Doyle signed for Latics on loan on the 31st August 2017 and became a fan favourite at Boundary Park as he went on to score 14 times in the league during his spell at the club.

The 31-year old Irish attacker signed for Bradford City in the summer of 2018 and managed 11 goals in 46 league appearances last season. Doyle was then loaned to Swindon Town ahead of this season to link-up with former manager Richie Wellens and his goals have helped the team to the top of the league so far.

He averages a goal every 92 minutes in Sky Bet League Two action this season.

Doyle scored four goals in three games in November which meant that he was awarded the Sky Bet League Two player of the month for a second successive time.

Swindon play at the County Ground and they have made it a bit of a fortress, not losing there in the league since September.

The County Ground has played host to the Robins since 1896.

The stadium boasts the accolade of being the first in the football league to have floodlights coming in, in 1951.

In the home dugout will be Richie Wellens. 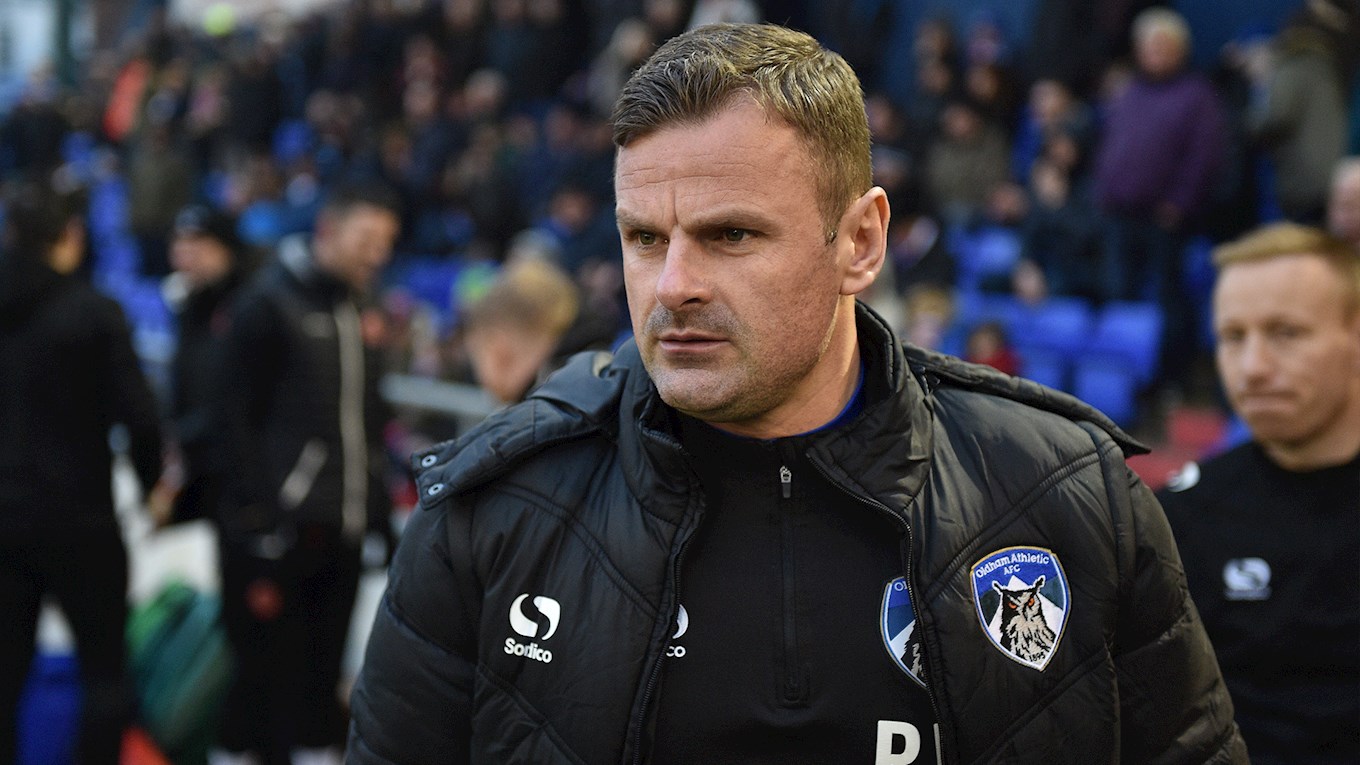 Wellens has been in charge at the County Ground since November 2018 but has also had a spell as Oldham Athletic manager.

He oversaw 43 league games as Latics manager but could not stop the club from being relegated to League Two. Oldham knew that a win on the last day could give them a chance of avoiding the drop to the fourth tier but Wellens’ men could only draw 2-2 and Rochdale’s victory over Charlton Athletic condemned Latics to relegation.

Wellens has also had time at Boundary Park as a player. He made 87 league appearances for the club in his first spell between 2005 and 2007 and later rejoined the club on loan from Doncaster Rovers in 2015 but he would only go on to feature in three league games.

Wellens had brief spells with Shrewsbury Town, Salford City and Macclesfield Town before retiring and going into management.

Town were fifth at the start of November but finished the month on top of the pile after three wins. Unsurprisingly, this impressive feat means that Richie Wellens was Sky Bet League Two’s manager of the month for November.