Oldham Athletic take on Premier League side Fulham at Craven Cottage on Sunday in the Third Round of the Emirates FA Cup. We look back at three memorable Third Round ties where Latics have caused a cup upset.

Latics travelled to the City Ground 19th in League one and just five points above the relegation zone.

An own goal from Matt Smith gifted the hosts a first-half lead but in the second half Robbie Simpson followed up a long range effort with a header to make it 2-1 to Latics.

Jose Baxter’s stunning free-kick proved to be the icing on the cake, delighting the 3,000 traveling supporters.

Paul Dickov’s team went through to the next round with a brilliant 3-2 away victory.

John Sheridan’s side pulled off a giant killing at Goodison Park thanks to Gary McDonald’s brilliant 25-yard strike before half time.

The Premier League side almost equalised in the closing moments of the game when Yakubu hit the upright with seconds remaining.

Everton threatened on a number of occasions but keeper Mark Crossley kept David Moyes’ men at bay and Latics held out to progress through to the next round. 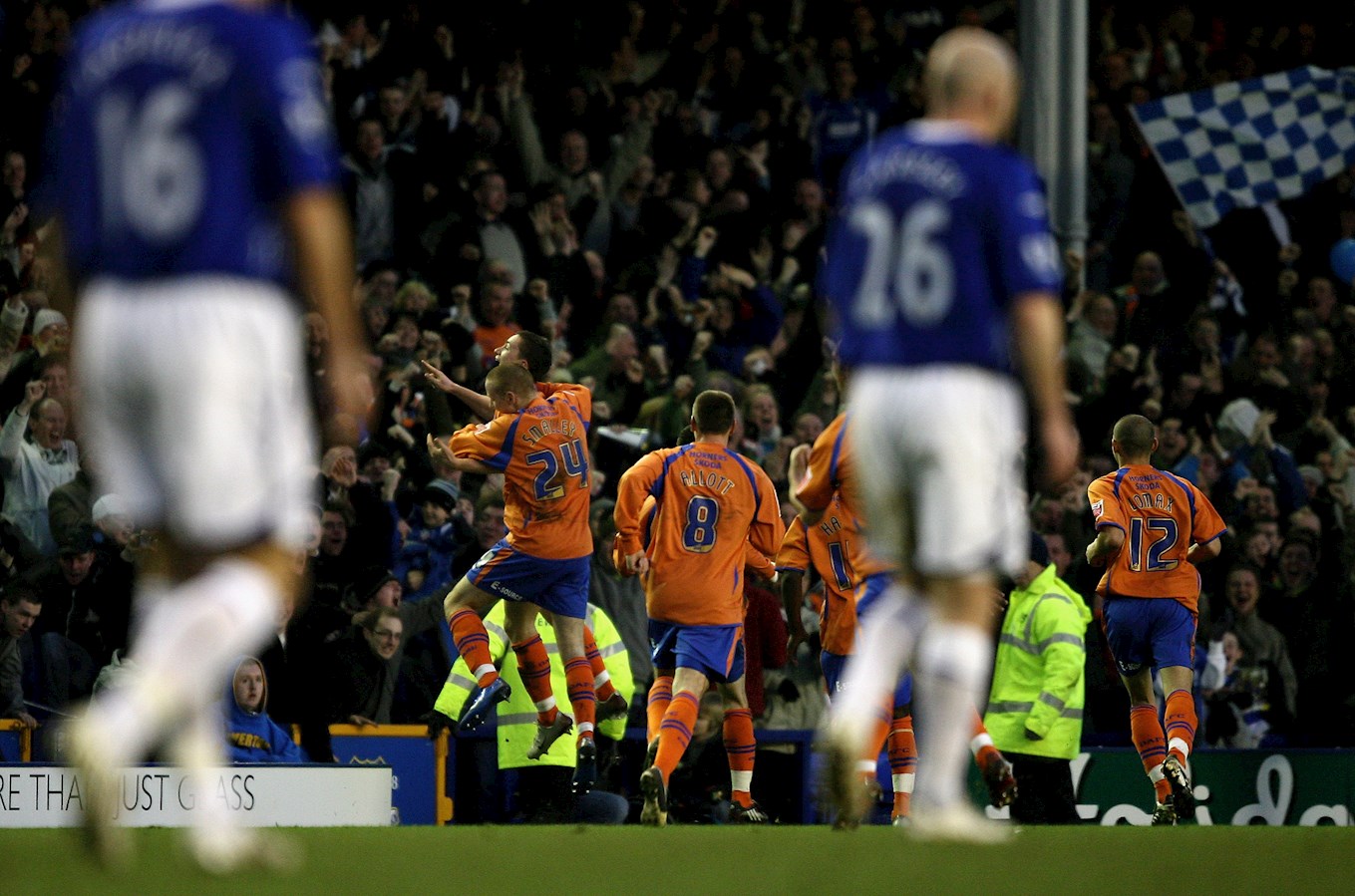 Over 13,000 supporters witnessed a Third Round cup upset at Boundary Park when an inspired display from Latics keeper Les Pogliacomi helped dump Manchester City out of the cup.

Brian Talbot’s Oldham side started brightly and went ahead when Scott Vernon slotted the ball in from David Eyres’ cross.

City hit back with Antoine Sibierski, Bradley and Shaun Wright-Phillips going close but Pogliacomi pulled off a number of good saves.

In the second half Kevin Keegan threw on Willo Flood and Steve McManaman in a bid to turn the tie around and despite City piling on the pressure Latics held on to record a famous victory. 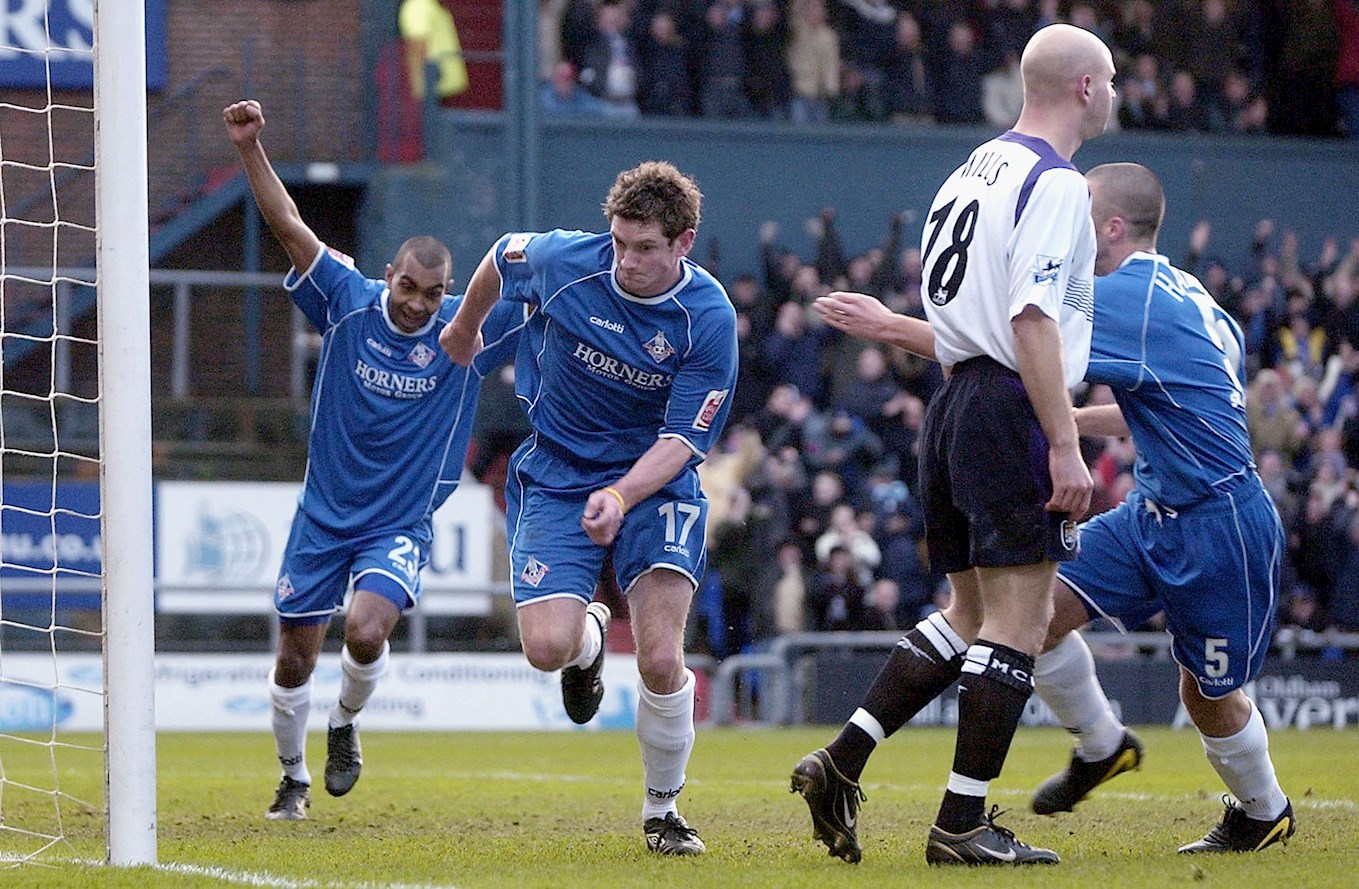 Over 3,800 tickets have been sold for the away end so far.

Tickets for the match are still onsale, full details can be found here.