The club is saddened to hear the news of Bernard's passing at the age of 77.

Oldham Athletic would like to join the footballing community in sending their condolences to Bernard's family and friends at this very difficult time.

An individual who gave so much to the game, especially at grassroots level with Manchester FA and of course with Manchester City, Bernard is also fondly remembered and was reguarly thanked for his contribution to Latics. 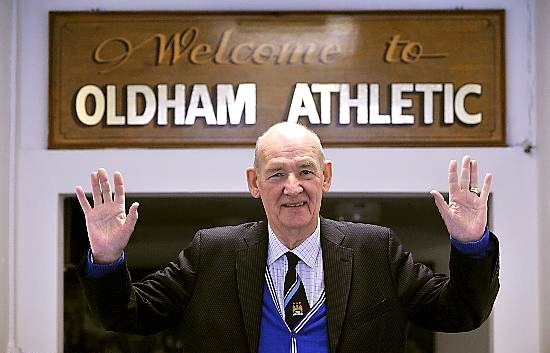 Born and raised in Chadderton, a stone's throw from Boundary Park, he started his journey in football as an assistant with Oldham before becoming the Secretary of the club for 13 years during the Bobby Johnstone and Ken Bates era. He then made the switch to Manchester City where he eventually became Life President.

He was loved and respected by many in the game and by everyone at Oldham Athletic over the years.

The club will honour his memory and contribution in the coming days and weeks at the remaining home fixtures of the season.