Oldham Athletic host Burton Albion in the Second Round of the Emirates FA Cup on Saturday (3pm KO) in the first home fixture in this competition for three years.

And Head Coach Dino Maamria happy with how his side has gone about their business lately, winning at Rodney Parade and sees it as a sign of how far his team have come under his stewardship.

"Our focus has always been on the league and FA Cup. So those ten games I looked back on over the weekend, we have made huge strides going forward. We’ve had four wins, three losses and three draws.

"That’s 15 points out of a possible 30. That’s an average of 1.5 points a game and if you do that throughout the season that will get you in the playoffs, so that is a huge positive."

He added: "To see where the team was before I took over, we were averaging 0.7 points a game. So obviously we have doubled the points-per-game ratio in a short space of time with the same players. Obviously, Chris McCann has come in and has been a huge addition to us as well.”

"We’re not getting carried away with that though, we are still lacking in many areas and we are still working extremely hard to get to where have we got to be.

"We’ve also still got a very difficult December to get through before we can hopefully get more additions in January." 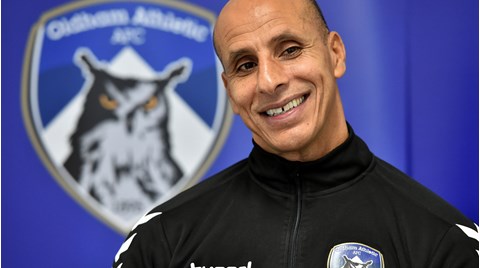 Latics have lost just once in their last six games in all competitions and Maamria says that the mood in the camp is good ahead of the crucial Emirates FA Cup tie on Saturday.

"The mood is very positive, everyone can see the strides that we are making. I think that 1.5 points-per-game over ten games is a good return for a new Head Coach with new players and new ways of playing.

Areas that the Head Coach is particularly pleased with is how well his players have done physically and mentally.

"I think physically we’ve been getting fitter every game, we’ve been finishing games strongly. We weren’t holding on to a 1-0, we were better in the second-half against Newport than we were in the first.

"Against Northampton, you saw how we finished the game, the same with Port Vale. I highlighted the physical side as something that we needed to improve when I came in, the resilience and mentality of the team has changed as everyone can see.

"We play more on the front foot, we are sucking the pressure rather than going under pressure and we react to it in a positive way so this is a major improvement."

Maamria is also well aware of the importance that this game has for the football club and has done his best to pass this message on to his players.

"Regardless, it is an important game for us. I think we are in a good moment and we’ve been improving." 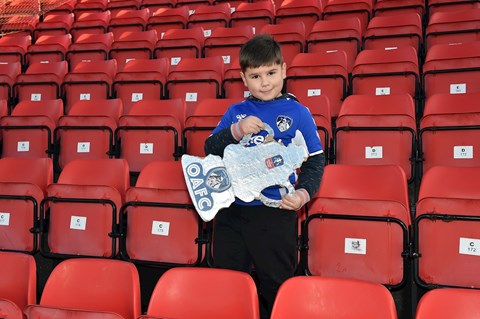 The visitors Burton Albion currently compete in the division above with the pressure being on the Brewers going into the fixture.

"It’s a tough game against Burton Albion, we saw them when they beat Sunderland. That doesn’t mean anything though on Saturday in a knockout game.

"We’ve got to make sure we are ready physically and mentally to cause an upset. That’s our focus."

On paper the visitors will go into this game as favourites but Maamria points out that ahead of Latics' 1-0 win at Rodney Parade, Newport had been favourites too.

"I think it’s true that nobody had us down to win the game at Newport.

"I’ve watched Burton first-hand a couple of times, I've also watched them on video. They’ve been together a long time with Nigel [Clough]. They know how to play a certain way and they are very good at it.

"There are no doubts that it will be a difficult game but I think we have to focus on ourselves."

He continued: "They’ve been doing really well. It’s going to be a difficult game for us but I feel that the pressure is on them to come out and try to win the game.

"After we beat Gateshead all of the players and staff wanted a home draw. It didn't matter who it was against, we back ourselves.

"Now there is an even bigger catch, getting to the Third Round is huge. It is a huge game for us and the football club. I want to go as far as possible, hopefully we will get through Burton and get another home tie.

"You always need that luck of the draw, we got that with a home tie and it's down to us now to go and produce a result to make sure were in the hat for the next round."

Saturday will be the first game back at Boundary Park since the start of November and being back on the touchline on home soil is what Maamria is looking forward to the most.

"It’s been a while. Our fans away from home have been fantastic backing us. I’m expecting a few more on Saturday and surely the town will see the improvement that we are making on the pitch.