The FA Youth Cup returns to Boundary Park tomorrow (Tuesday 29 October) as the Under 18 side take on Nantwich Town in the First Round of the competition.

Whilst this is young Latics’ first fixture in the national competition this season, Tuesday night’s opponents have already recorded three wins in the qualifying stages over FC United of Manchester, Ashton Athletic and in the previous round to Harrogate Railway Athletic to set up the tie at Boundary Park.

Oldham’s last outing in the FA Youth Cup came last season when they were defeated 2-1 by Sunderland in the Second Round of the competition with the last victory coming in the previous round defeating Altrincham comfortably 6-1.

Danny Cadamarteri’s team go into the game on the back of two narrow league defeats against Preston North End and Blackpool, but the Youth Team Manager will be counting on his side to continue their impressive performances in cup competitions, after they emphatically defeated Accrington Stanley 5-2 in the Youth Alliance Cup group stage at the beginning of the month.

After making history in the week by becoming the second-youngest player to feature in the EFL in the First-Team’s 2-0 win over Walsall, 15-year-old Zak Emmerson is set to return to Youth Team action on Tuesday evening alongside Reece Gaskell and Lewis McKinney who also made First Team debuts last week with Jack Grundy involved at the weekend as an unused substitute.

The Main Stand lower will be open from 6pm for all supporters with admission set at £3 with cash only at the turnstile.

Live text coverage of the match will be provided on Twitter for those supporters who cannot attend the game.

Kick-off is scheduled for 7:45pm with the match officials being:

Referee - Lee Hible
Assistants - Matthew Edwards and Jack Ryan
Fourth Official - Lee Harding
If the score is level after 90 minutes, extra-time and then if needed penalties will follow. The winners will play either Curzon Ashton or Blackpool FC away in the Second Round who also play their tie tomorrow. 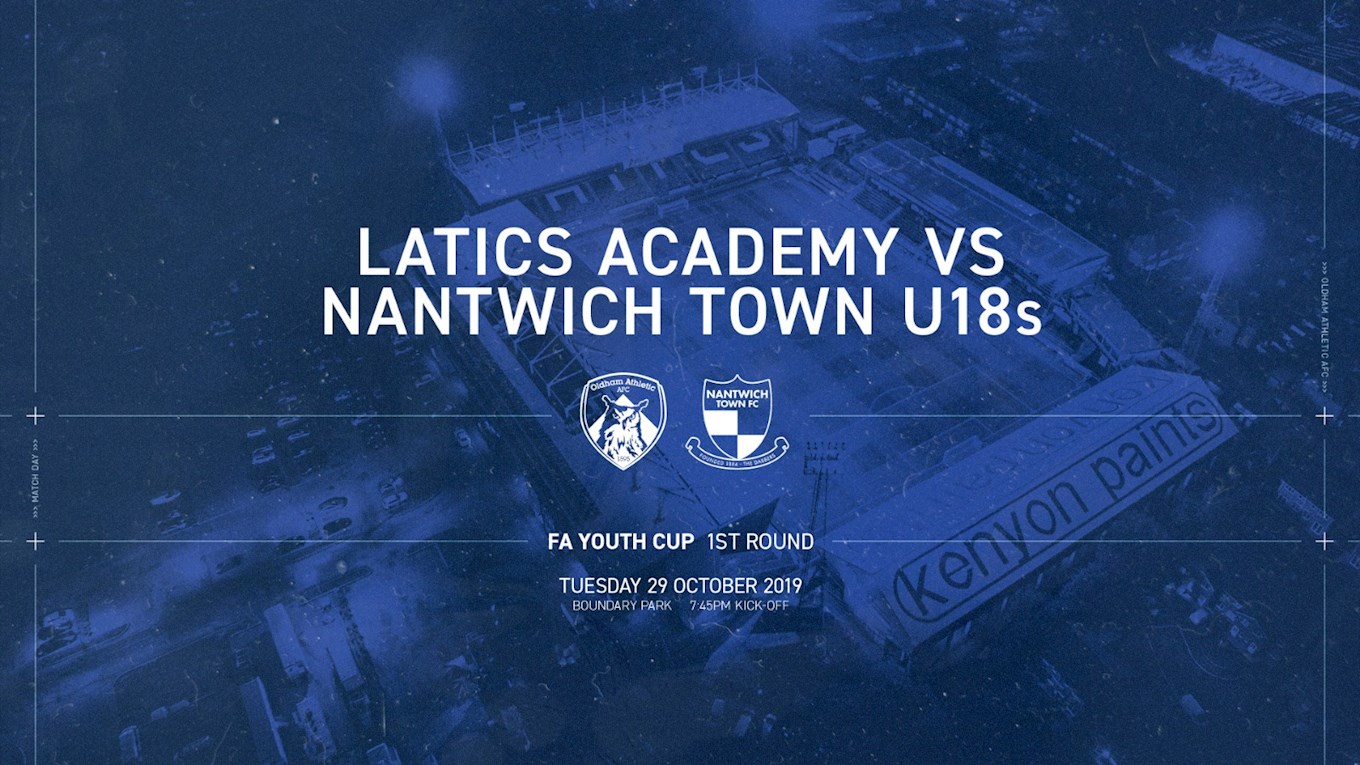