The new Head Coach is looking forward to the challenge ahead and is raring to start building his team on and off the pitch in the coming days and weeks ahead of the start of the new season.

Joining after previous management experience in League Two, the Australian is ready for the challenge ahead.

"I'm excited. I absolutely love being a Head Coach and I love the league itself so this opportunity that I have to represent Oldham, to represent a club really that has got great history, I'm really looking forward to it."

He added: "I think it's important that you learn from your experiences. Again, the Crawley situation was fantastic, absolutely enjoyed it, had a wonderful time and then obviously had that move to Notts County which again the fans and the staff were excellent but the situation didn't work out.

"And now I have the opportunity to come to what I think is a huge club and to be able to again show what I am capable of doing. I'm going to give it my all, but we're going to need the support of the players, the club and the fans to all behind us."

On what the division holds for the new campaign, it's fair to say the 41-year-old has already started his thorough planning.

"I haven't been out of the game for too long. As far as the style of football from what I've been seeing nothing has really changed.

"There may have been one or two little glimpses of brilliance from clubs which you would expect. But as far as formations, the players and fitness levels they all still seem similar, so my ideas are different, they won't be the same, so I'm looking forward to executing them.

"It'll be good football. When I say good football I mean a winning mentality that is more meaningful. I think we've got to create an attitude where it's 'never say die' and that we always want to win whatever the style.

"But the great advantage of being at a club like Oldham is we're in a great catchment area where good young players are being produced left, right and centre. So we have a chance to create young talented players and be able to develop them and see them grow and at a club like this we can achieve that." 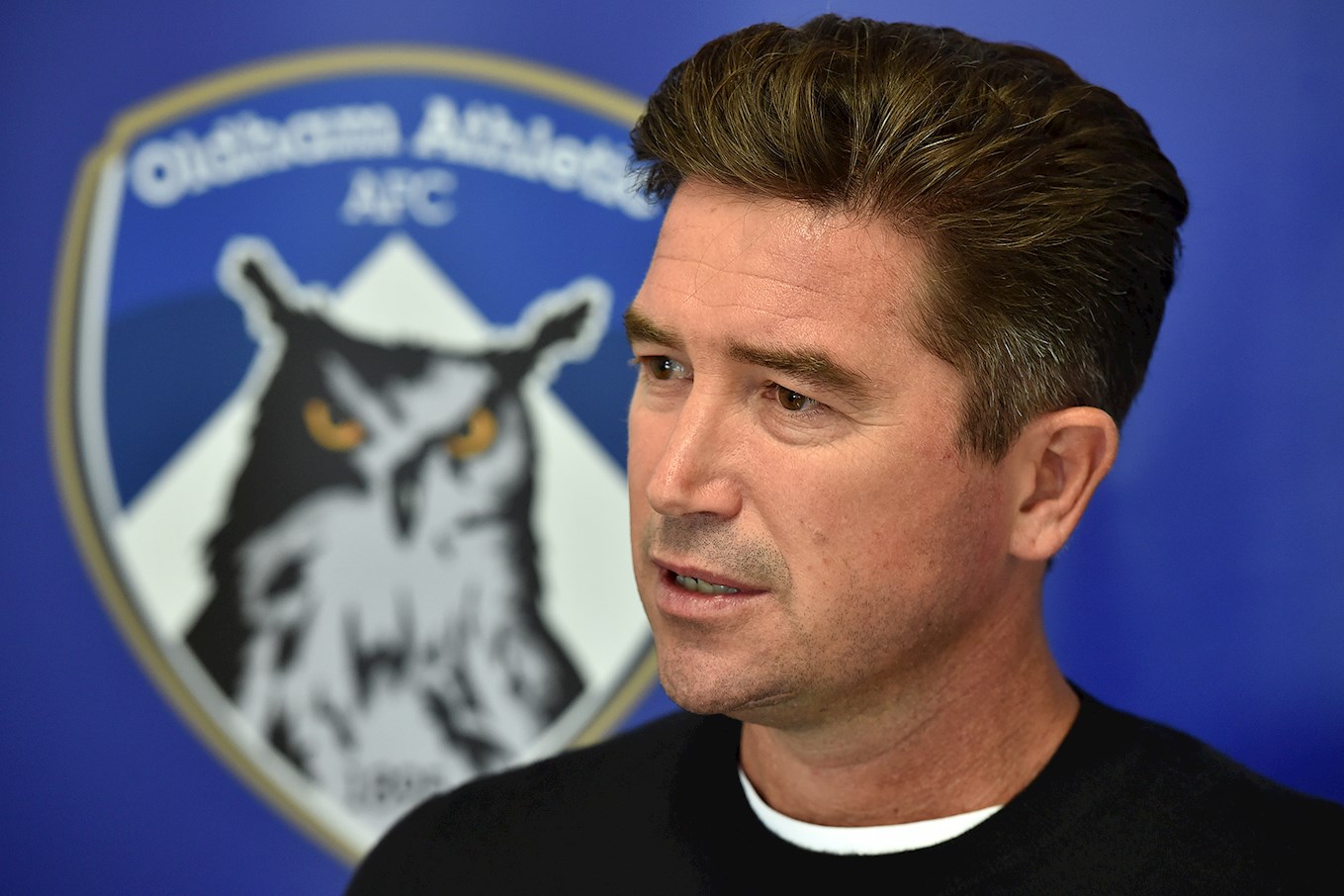 On what to expect from a Harry Kewell team, the new man in charge was quick to show that he wants hardworking and passionate people around him.

"Just a winning mentality and winning games. I'm a firm believer on styles of play, but people figure that out. So you've got to be able to change it up, be able to adapt and I think that's the problem with people when you get stuck with one idea, you get figured out.

"So you've got to be able to accept sometimes football is going to change. Control what you can control."

He continued: "First and foremost we've got to put a squad together, I think that's important and it's about putting the right squad together. It's not just going out there and just picking players to fill numbers.

"I've spoken to the owner and we have an idea of what kinds of players we would like, the size of the squad. So that's heading in the right direction and now we've just got to execute it.

"It's a lot easier now knowing I'm the Head Coach, to be able to go out there and pick these players and hopefully we can achieve that. Once we have that I can then start to implement my ideas in training.

"I've only ever heard great things about this club and the staff that have been here before which goes to show you create opportunities for people and they can move onto bigger and better things.

"We have to kind of get the right people, not just only for myself, but fit into the whole plan of what we're trying to create here and when we get that I'm sure it'll be a success."

Before his retirement, Kewell had a distinguished playing career in the UK and overseas and is keen to draw on those experiences to help shape the future success of his new club.

"From my history of playing the game and the moments in my management career, the one thing that the fans will get is 100%, they'll get hard work and they'll see a Head Coach that will give their all and I will make sure that every player will give 100%, there is no room for no one dropping off and that's what I'll promise them.

"If the results are not there it won't be through a lack of trying, we will give it our all.

"I'm excited about the project and don't get me wrong it's going to take time. Because the one thing I think this club does need is stability and if we can get that, then we can start to grow things.

"We've got to get back to the basics and we're having a 'clean slate' here now and I think the fans, myself, the owner, everybody wants to start seeing this club progress because we all believe that's there's a big potential."