Oldham Athletic is delighted to announce the signing of attack minded midfielder Bobby Grant on loan from Wrexham AFC for the 2020/21 season.

The 30-year-old brings a wealth of experience to the club. Most recently he has spent the past two-years at Wrexham, as well as enjoying a loan spell in Sky Bet League One for the second part of the last campaign before the curtailment with Accrington Stanley.

Currently, he has managed to make 50 appearances in all competitions, finding the back of the net ten times for the Welsh side and is contracted to Wrexham until the summer of 2021.

Grant began his career at Accrington, upon breaking into the first-team he caught the eye with his performances which saw him earn a move to Scunthorpe United. After two-years with the Iron, he signed for local rivals Rochdale in 2012.

In his first permanent campaign at Spotland, he impressively notched 16 goals in 38 games in all competitions. Then came Blackpool, who beat a host of other clubs, by swooping in for his signature. He then went onto have a productive loan spell with Shrewsbury Town and was awarded the Football League Two Player of the Month award for March back in 2015 during their promotion season.

In July of that year he made the move to Fleetwood Town and became a regular in the team throughout his three-years with the Cod Army. Overall, he featured 128 times and scored 24 goals where he would become Fleetwood’s top goal scorer for the 2015/16 campaign, as well as playing a big part in their fourth place finish in Sky Bet League One the year after. 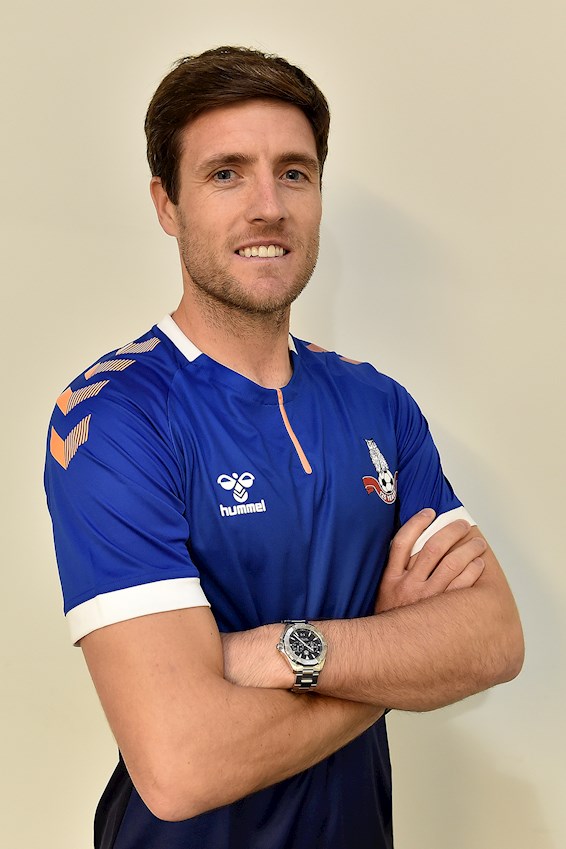 On joining his new club, Bobby said; "The excitement I got from the gaffer in the way he wants to play, the style of play and the enthusiasm it was a no-brainer for me.

"I just can't wait to get going in this new challenge. It's been a long break because of what is going on in the world but as I say, I'm proper excited to go and meet the lads and get stuck into it."

He added: "I'll definitely score goals and I'm not one to shy away from that. I like the pressure and I have a lot of confidence in my own ability as well as the environment to help the club win football matches.

"I know the fans will back us 100%, because when i've played against Oldham it's always been a difficult ground and games to play in."

Grant’s official shirt number will be announced in due course.