Another new face in the ranks, the goalkeeper joined in Harry Kewell's first week with the interest and opportunity to work with him being a big factor.

With Latics being his fourth loan, the 6'4" goalkeeper is keen to make this one work and get back playing regularly in a setting he is familiar with.

"I'm delighted to get it done. I needed a new start from where I was before and I'm delighted the Head Coach has given me the opportunity to come here, challenge, work hard, improve and hopefully take this club forward."

He added: "I had a call from my agent saying there was interest from Oldham, I'd also heard the new gaffer had taken over and I was really keen to have a conversation with him.

"We'd spoken over the phone a couple of days ago and then briefly the day before signing as well and as soon as I had that conversation, his mindset, his ambitions and his worth ethic, I was really keen on coming here.

"It's a chance to work with him, improve and give my all for this club."

Still only 25, the man between the sticks comes with a lot of experience already after starting his career down the road and knows what it takes to get out of League Two after winning promotion with his parent club three years ago.

"I started not far away at Man City, so it's nice to be back in and around the area I know quite well, I then went to Doncaster had a couple of loans as a result at Bury, Scunthorpe, Barnet.

"But like I said I'm delighted to get here for a season, I want to fully commit, get my head down and I know this is where my heart is, this is where I want to be with no other distractions and fully focused on this club."

With the potential to follow in the recent footsteps of ex-loan keepers Ripley and Iversen who have impressed in the Latics shirt, Lawlor is excited about the season ahead and the impact he could make.

"I know it's a big club, it's got a massive following. I've played here [Boundary Park] a couple of times against Oldham, the fans are incredible on their day. They're really loud, really noisy and get behind you.

"It's a big club and it turned my head as soon as I knew there was interest. And like I said, when I spoke to the gaffer it was somewhere, where I wanted to be really committed and wanted to come." 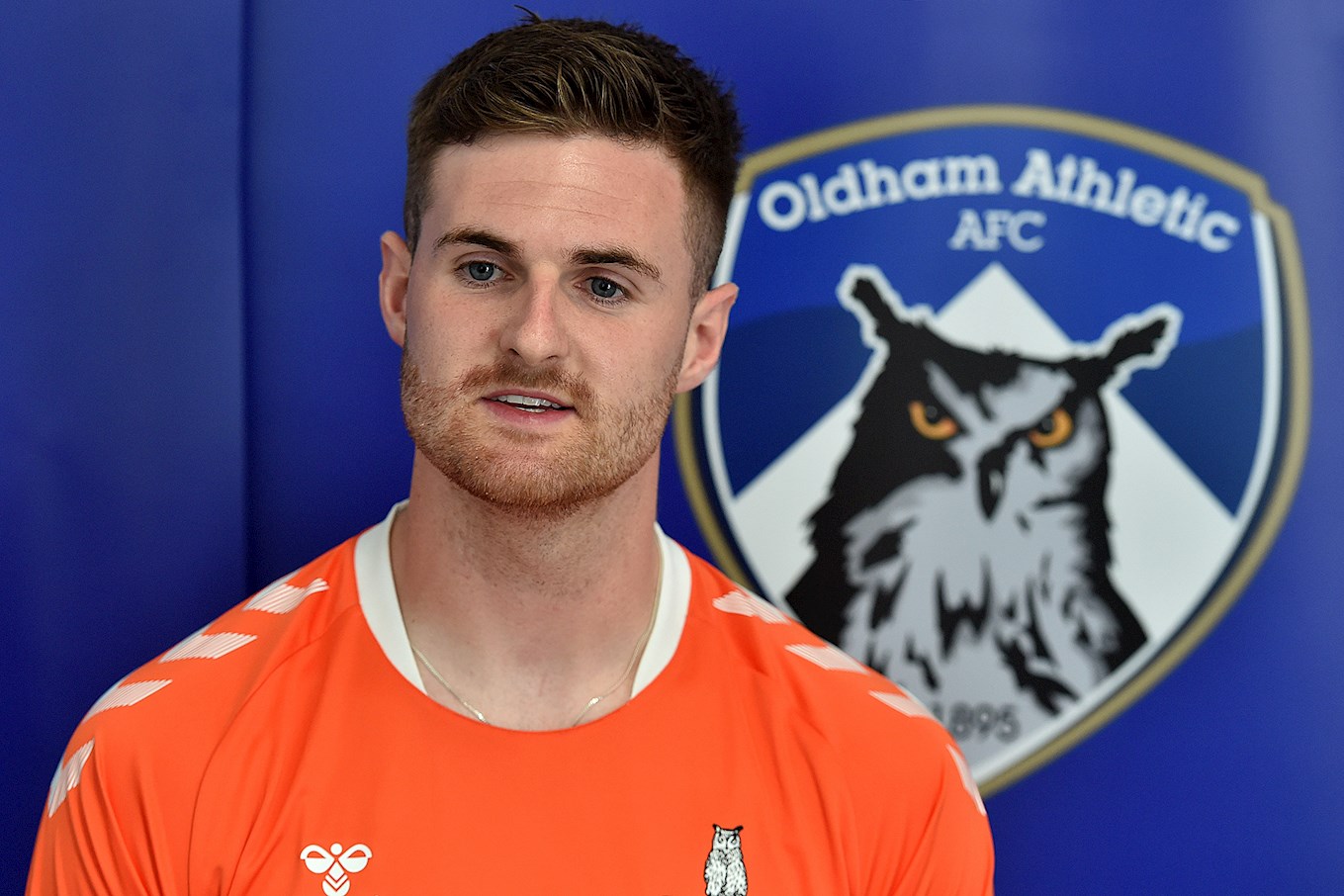 Dublin born, his career to date has included international recognition for his country which has provided a valuable learning experience. His presence in the area means he's more than just a shot stopper.

"I like to play from the back, I ultimately like to play good football and it matches the style of what the gaffer wants to play.

"I'm comfortable with my feet, I like to be demanding, support players in the areas that we need.

"If we need to get someone on the counter attack really quick I like to do that as well. Obviously, keeping clean sheets is the most important thing to me and my role in the team."

He continued: "Some loans haven't worked out as well as I've wanted them too, but that's football you take your medicine and move on.

"But that experience has helped me to get where I am today. I know what to expect now, I've just got to keep working hard.

"I'm looking forward to getting to know the lads, meeting everyone properly and interacting with the group.

"Also, learning the way we want to play, getting into the style of football and working hard for the Head Coach to repay the faith he has shown in me already.

"I'm ready to give my all on the pitch. I'm fully committed to this club now and will give 110% every time I play."